Although Netflix’s The Witcher show follows the books quite faithfully, some of the small changes make sense, while others left fans scratching their heads. For example, Jaskier was said to have a big hat with an egret’s feather — and nobody understood why it was scrapped from the show. That is, until showrunner Lauren S. Hissrich explained that the hat looked way too silly and would bring him down to the role of a one-dimensional comic relief character instead of one of Geralt’s oldest and most loyal friends. Now, the photos of Joey Batey in the hat have surfaced, and it’s quite easy to see what she meant.

Published on the website of costume designer Tim Aslam, Joey Batey looks like he’s deeply suffering but is not allowed to say anything. In a Reddit AMA from two weeks ago, Hissrich explained, “Ah, yes, the hat! It was made, we tried it on Joey, and we couldn’t stop laughing.” But people still want to see the hat in some upcoming season, to which she replied, “Will we try again? Sure. Nothing is impossible.” She also adds, “We worked hard not to make the character just one-dimensional comic relief. Unfortunately, the hat made it that.” 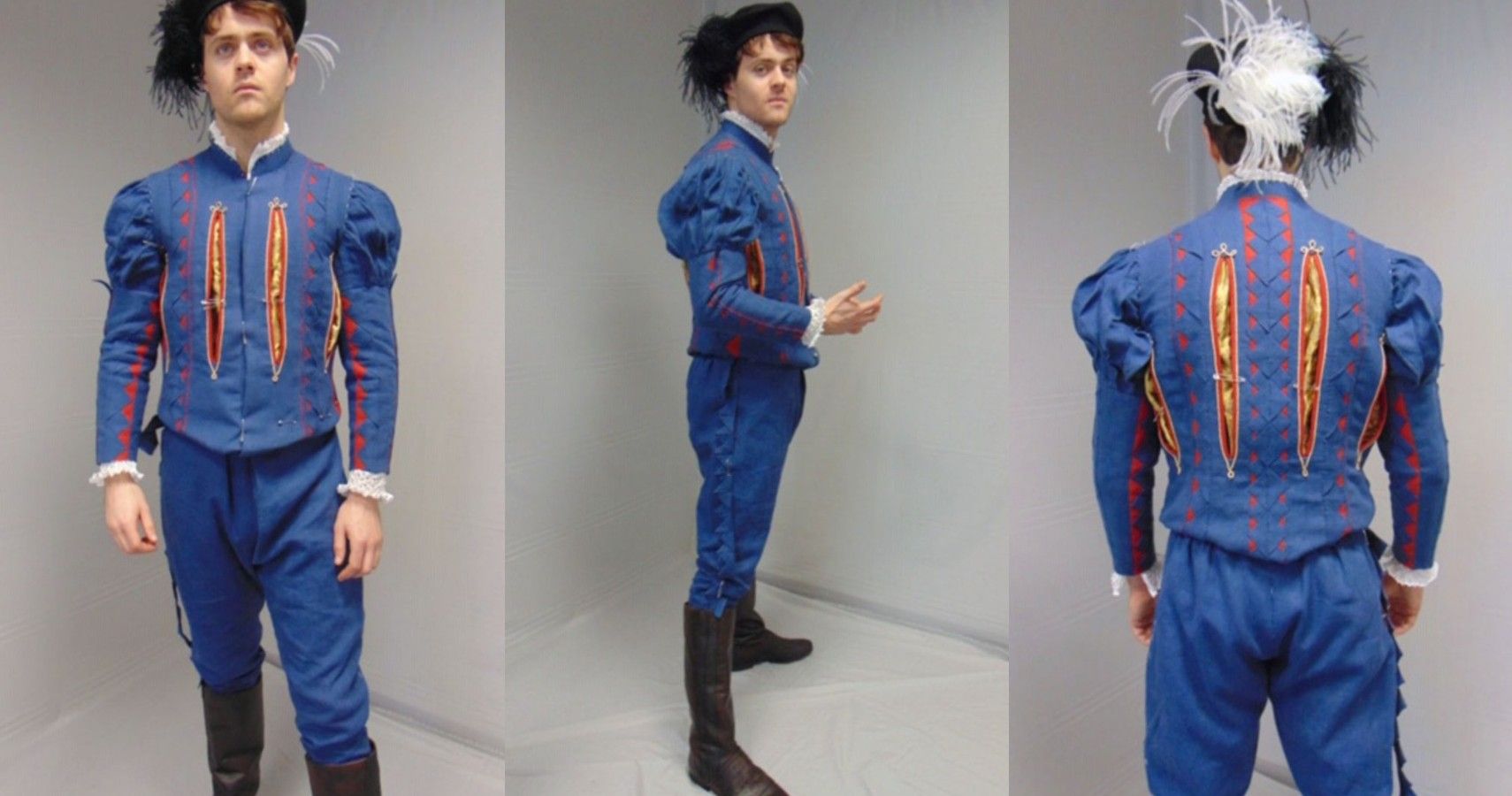 Looking at it, it is clear why it was cut. It is gaudy, obnoxious, and totally in line with how we know Jaskier, but Hissrich does have a point that it is a little too funny. Plus, there’s the look of pain in his eyes that implies Batey may not have been able to play Jaskier as well as he did had he been forced to wear the hat. As one Reddit user commented, “They could do several series about him, and just call the whole thing the Minstrel Cycle.” Others agree that he would absolutely steal the show, and have all the ladies swoon over him rather than grouchy ol’ Geralt.

Jokes aside, the artist’s website also features loads of other costumes, in particular those from scenes that were later deleted, like the entirety of Renfri’s childhood flashback that includes her stepmother Queen Aridea, who was completely scrapped from the show. Plus, there’s the incredibly repulsive scene of Stregobor performing an autopsy on what seems to be a young girl, presumably born under the Curse of the Black Sun. Yet another is a scene from Vengerberg, and this time it’s a Yennefer flashback that didn’t make the cut.

Considering that the show has yet to give more depth to Jaskier’s character — or any backstory at all, actually — it is probably for the best that they have decided not to relegate him to the position of joker and nothing else. If his story continues in one of the following seasons, Jaskier will show the world that there is much more to him than any hat could hint at. Or hide, for that matter.