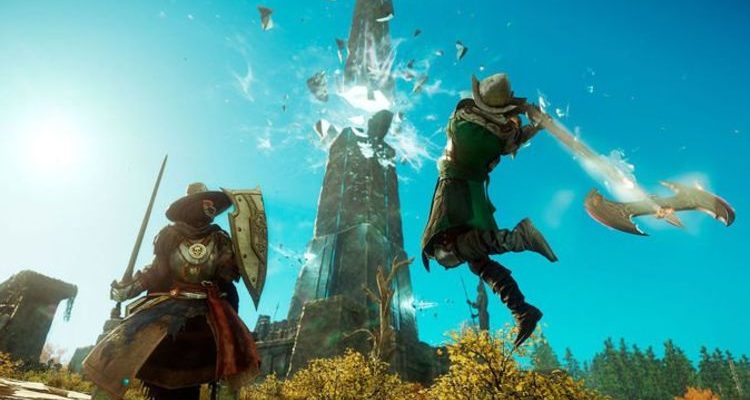 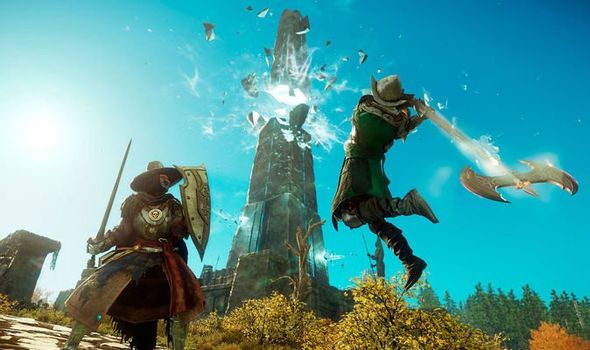 After one or two high-profile flops, New World is shaping up to be Amazon’s first true hit.

Indeed, at the time of writing, New World peaked with nearly 735,000 concurrent players on Steam, making it the second most-played game on the platform.

Needless to say, fans are clamouring for the game to appear on other devices, such as PS5, PS4, Xbox Series X/S and Xbox One.

Unfortunately, however, responding to questions on Twitter, the New World developer has ruled out a console release for the time being.

Responding to questions about console and Steam Deck support, the New World developer said: “New World will be playable only on PC for the foreseeable future.”

The good news is that the developer doesn’t rule out a console release further down the line – just don’t expect it anytime soon.

In the meantime, fans can purchase the PC version of New World for £34.99 on Amazon and Steam.

The Standard Edition grants players access to the core game only, while the more expensive Deluxe Edition comes with a selection of bonus items.

This includes the Woodsman armour skin and the Woodsman hatchet skin, as well as the Mastiff house pet, the Rock/Paper/Scissors emote set and a digital art book.

It’s even better news for Amazon Prime members, who will receive a steady stream of bonus items each month.

Amazon Prime subscribers can currently redeem the Pirate Pack, which contains the Swashbuckler Skin, the Pirate Stance emote, and 5,000 Marks of Fortune.

This will be followed by a second Pirate Pack on October 12, and two Robinhood Packs in late October/early November.

“Explore a thrilling, open-world MMO filled with danger and opportunity where you’ll forge a new destiny for yourself as an adventurer shipwrecked on the supernatural island of Aeternum,” reads the official description.

“Endless opportunities to fight, forage, and forge await you among the island’s wilderness and ruins.

“Channel supernatural forces or wield deadly weapons in a classless, real-time combat system, and fight alone, with a small team, or in massed armies for PvE and PvP battles—the choices are all yours.”

The game has experienced one or two server issues since launch, although Amazon has promised to increase capacity in the coming days and weeks.