The city of Facade is one of the few settlements in Nier Replicant actually seen thriving to some degree at the end of the world. Seafront is undergoing a food crisis, Nier’s Village has its own problems to deal with, and The Aerie is in such a perplexing state that it barely feels hospitable. Facade, on the other hand, is a rich city bursting with life, commerce, and culture. In many respects, Facade is a rare glimpse at the beauty of humanity – something Nier Replicant tends to ignore.

In a game filled top to bottom with a hostile tone, Facade offers a chance to breathe. Even Seafront (which was mostly peaceful in Nier Gestalt) is now home to a new dungeon in the form of the Wrecked Ship. Facade has its struggles, but not until the very end of the story. Until then, there’s an almost jovial atmosphere to the city that freshens up the hot desert around it. Facade’s side quests also do a great job at fleshing out Nier Replicant’s world. 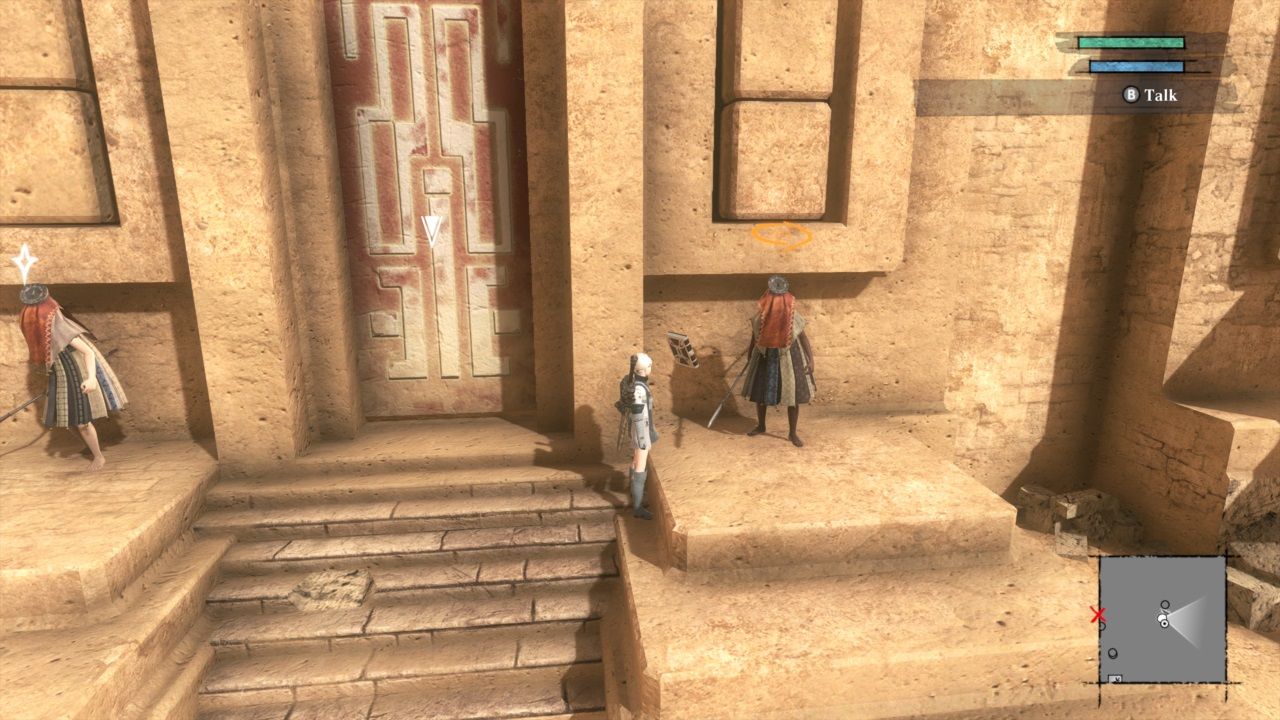 The Littlest Hero can be obtained from the Facade blacksmith any time after completing the Barren Temple in Part 1, but you’ll need to find the Royal Compass before you can navigate through the Desert sandstorm.

After completing the Barren Temple, return home to Yonah and trigger the final stretch of Part 1. The next time you return to Facade, one of the guards by the King’s Palace will have a side quest marker above his head. Speak to him and you’ll get the Royal Compass. If you haven’t already, go accept the side quest at the Facade blacksmith.

After The Littlest Hero 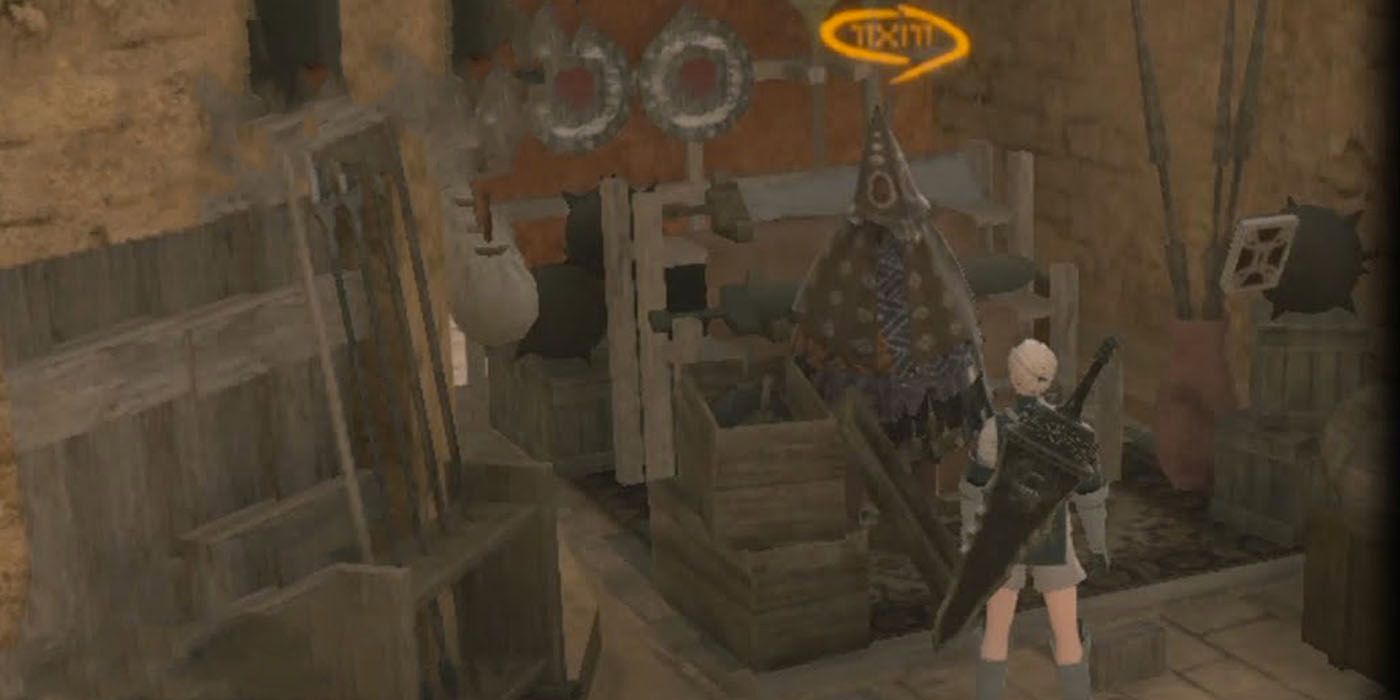 Now that you have the Royal Compass, you’ll be able to travel through the sandstorm and follow after the Littlest Hero. Exiting Facade, keep right and head towards the path that leads to the Barren Temple.

You’ll find the Littlest Hero along the way and need to chase after him into the sandstorm. Defeat any wolves along the way, but instead of heading north towards the temple, turn west and start making your way to the Wolf’s Den. Enter the den, but be ready to fight even more wolves. 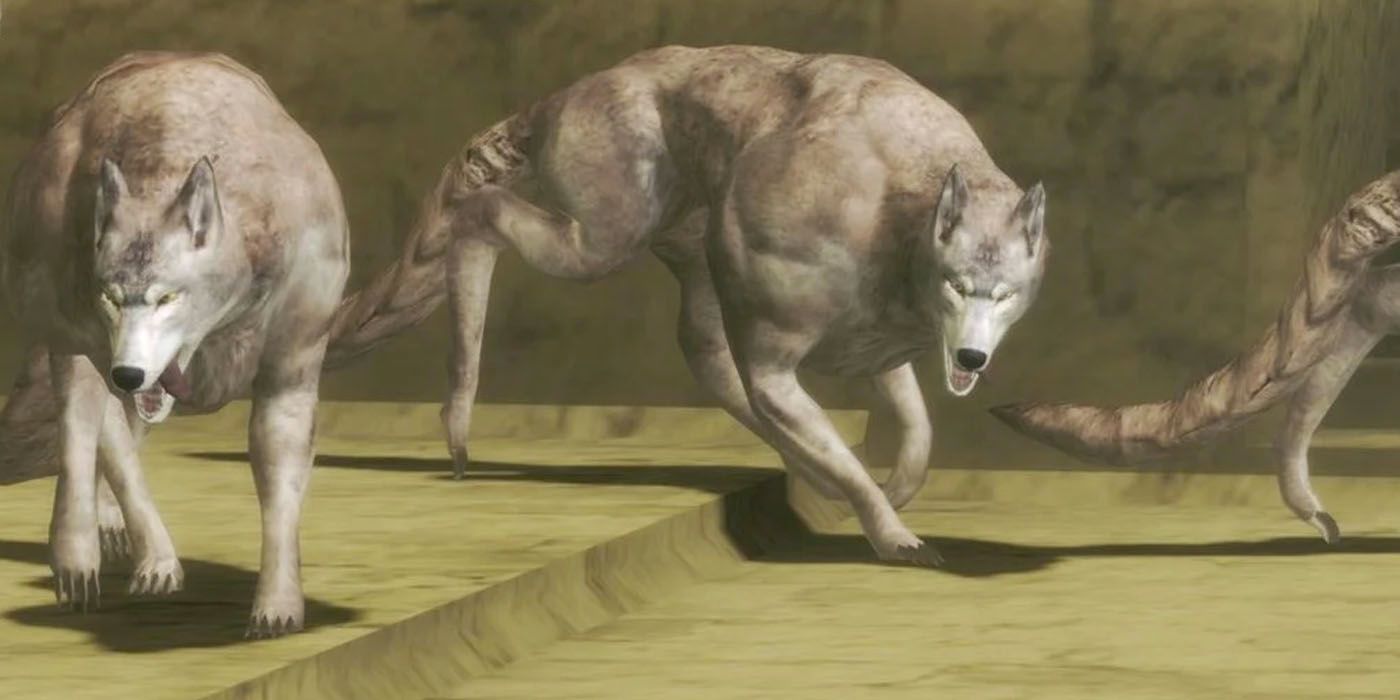 The Littlest Hero entered the Wolf’s Den to try and prove himself, but he unfortunately isn’t a match for an entire pack. A swarm of wolves will rush after you, but they shouldn’t be too difficult to defeat at this point in the game.

After killing all the wolves, you’ll warp back to Facade with the son to wrap up the quest line. You’ll be rewarded 10,000 Gold for your trouble – a fair bit of cash heading into Part 2.

Next: Nier Replicant: Items That Are Safe To Sell 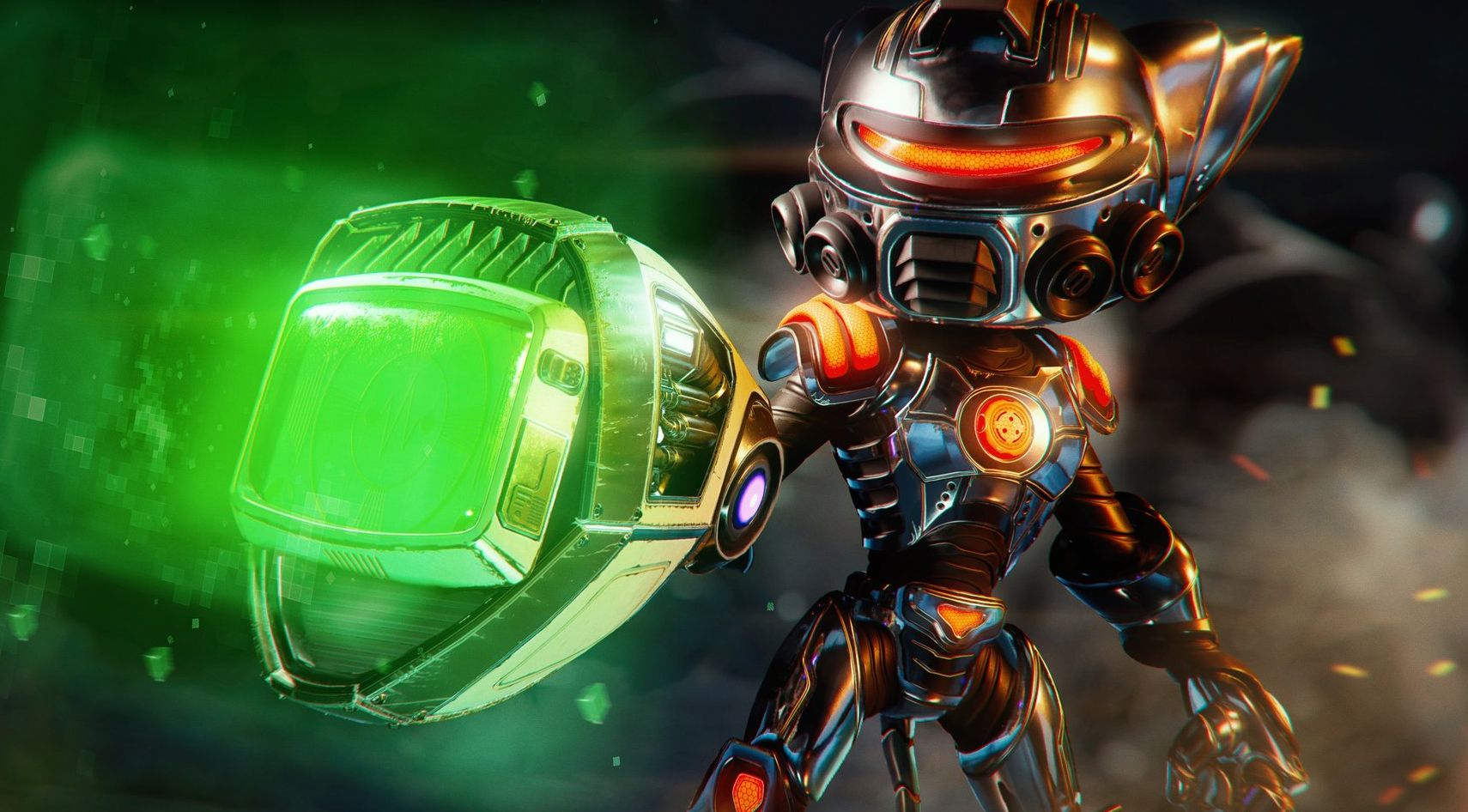