Nier Replicant features many optional sidequests and many of them are really worth your while as they reward you with a decent amount of gold or even some new weapons. However, not all of the quests are straightforward to complete, and some only give you the smallest of clues in regards to what to do next.

The quest called “The Despicable Man” is a perfect example of this, where you are asked to find someone’s boyfriend with the only clue being that he wears a gold chain necklace. Fortunately for you, we have a  full walkthrough of this quest right here. 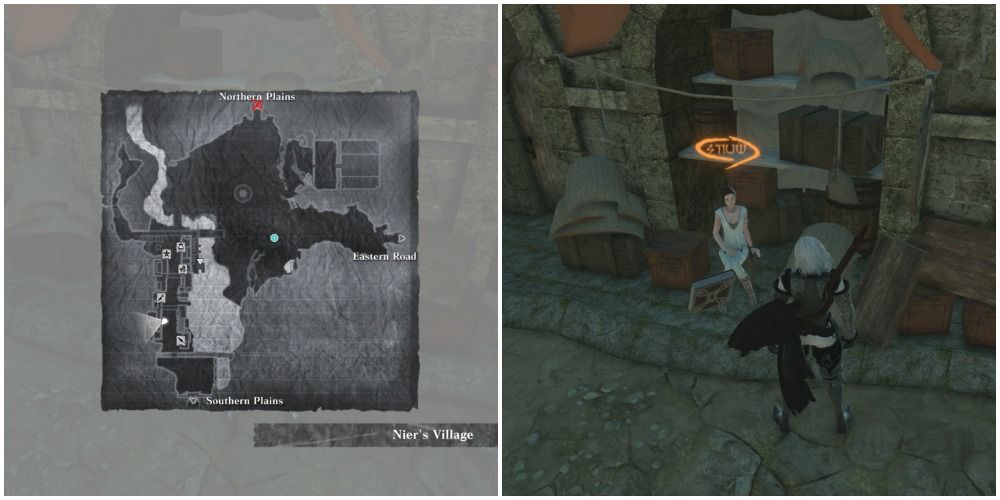 You can begin this quest in Part Two by speaking to the woman sitting down kind of opposite the Weaponry Store NPC in Nier’s village, in the location shown above. This quest becomes available after collecting two key fragments (not including the one from the Lost Shrine).

She will tell you that her boyfriend has been missing for five years and asks that you find him, but the only information she can give you is that he wore a gold chain necklace. 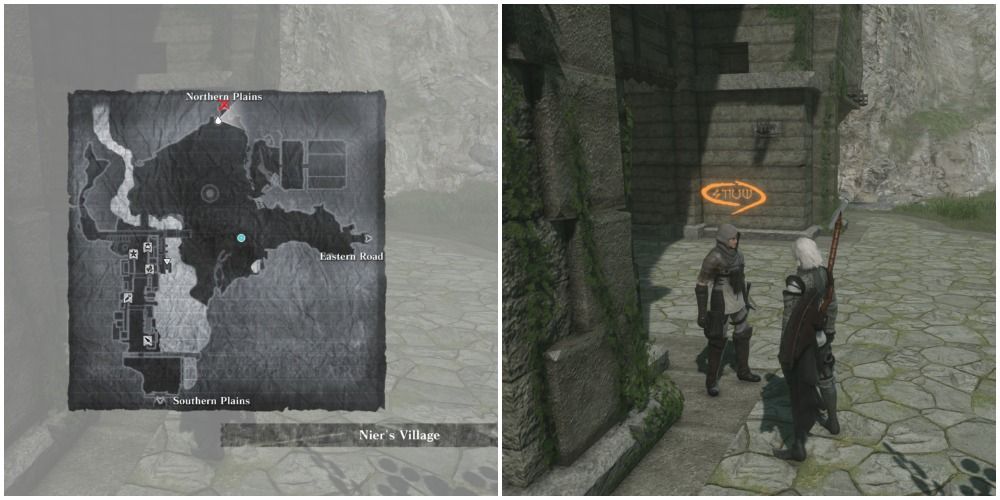 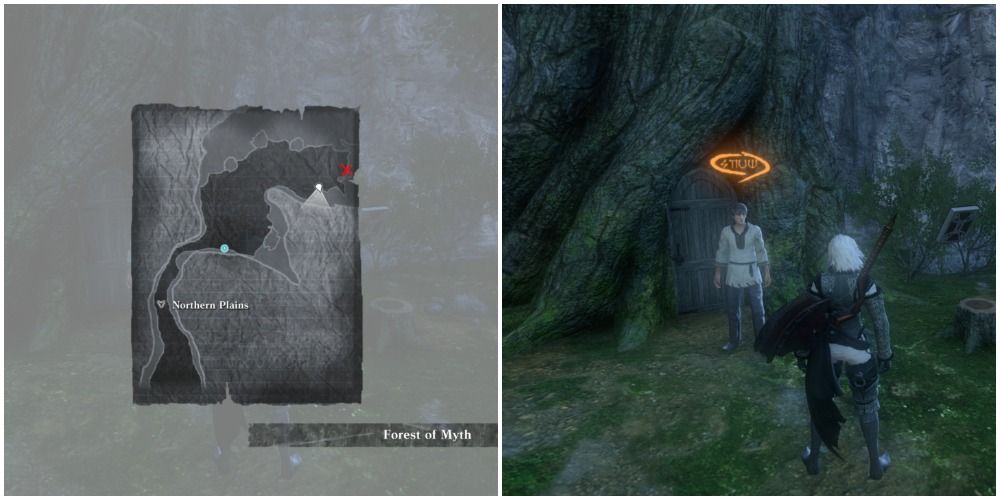 Head to the Forest of Myth and speak to the man in the location shown above. He will tell you that the man with the gold necklace ran off with his wife. He continues to say that someone has apparently seen the guy you’re after in Seafront. 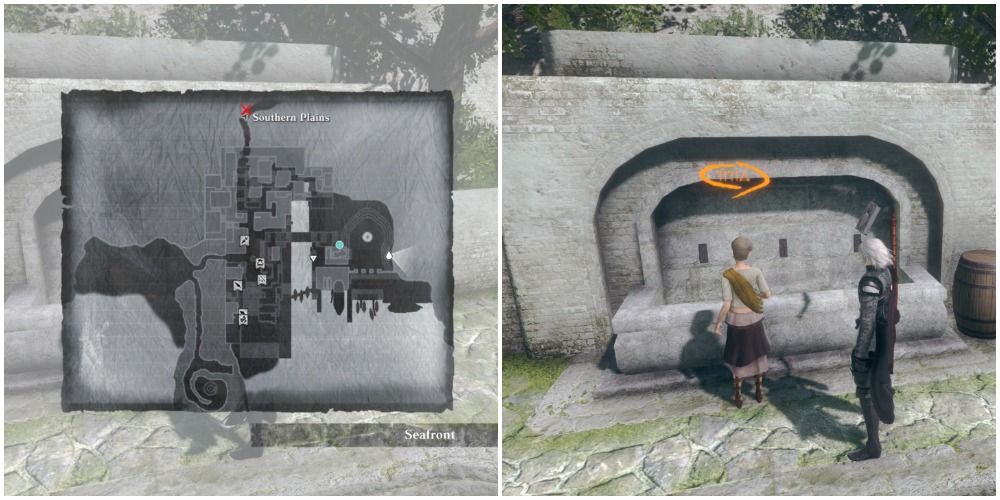 Your next stop is Seafront. Find and speak to the woman on the eastern side of the map (in the location shown above), but she hasn’t seen the man in five years. 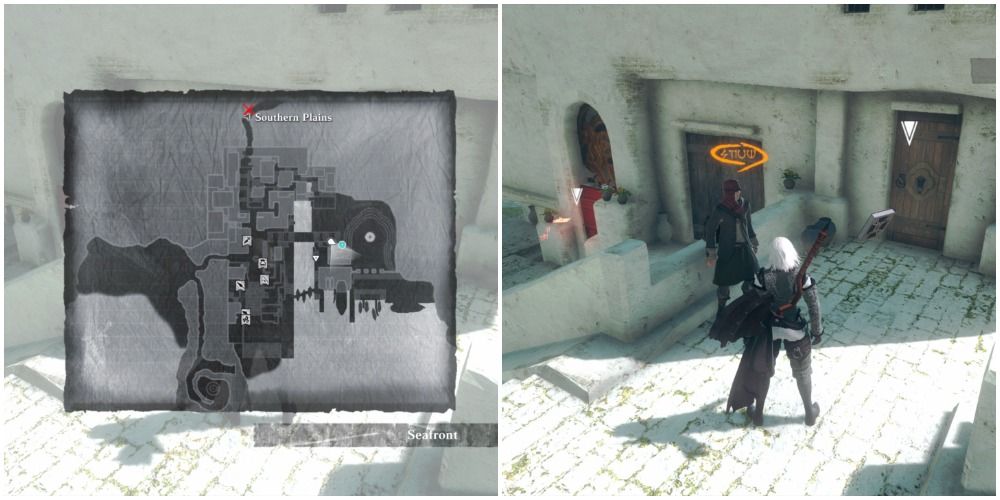 Next, go to the Seafront Post Office and speak to the postman outside (shown above), who tells you that the man you seek apparently headed north after he was caught with counterfeit goods. 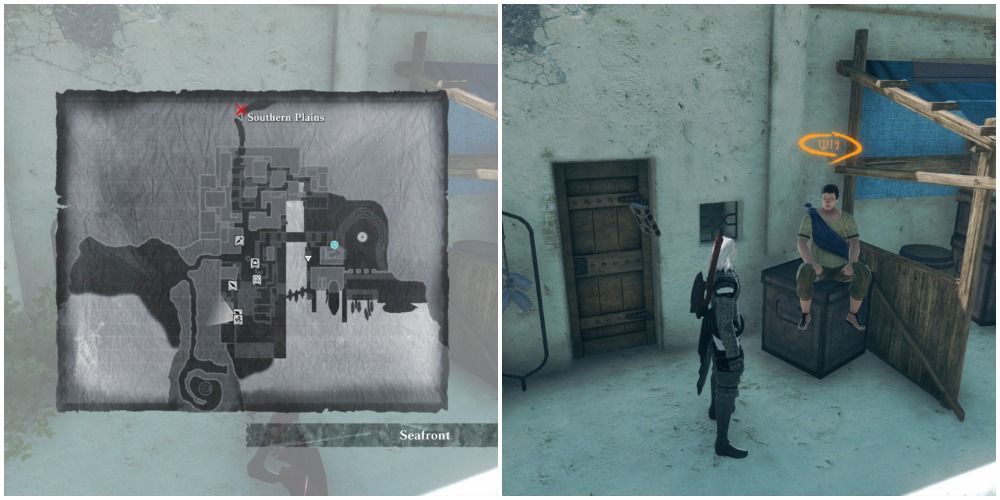 Your next visit is just above the Material Shop vendor in Seafront, there you will see a man sitting on some crates (shown above). Speak to him and he will tell you that the man with the gold necklace was last seen heading for the Junk Heap.

Go to the Junk Heap and speak to Gideon in the Two Brothers Weaponry Store. He’ll tell you that his mother used to spend time with the man with the gold necklace, which you should recall ties into an earlier plot point for the main game.

Head back to Nier’s village and let the quest giver know the fate of the man and she’ll reward you with 15,000 gold.