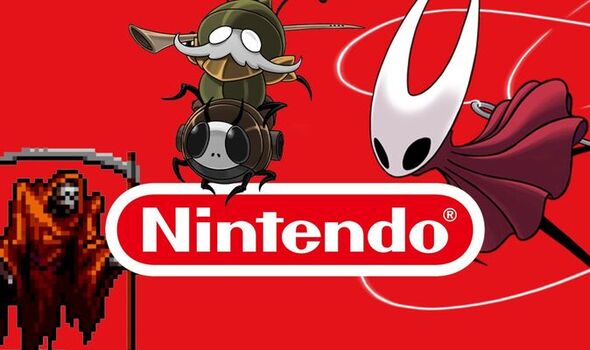 Nintendo Switch owners will almost certainly want to tune in to this week’s Direct conference, which will focus exclusively on indie games. In what could be the final Switch presentation of 2022 (although we wouldn’t be surprised if there is a Pokemon conference next week), the Nintendo Indie World Showcase takes place on November 9 at 5pm GMT. Express Online will update this article with the video embed closer to the time, so keep checking back for more information. In the meantime, see if you can name all of the NES games in Express Online’s ultimate quiz for retro gamers.

Of course what fans really want to know is what games will be spotlighted during the Indie Showcase.

The previous Indie World presentation gave fans a look at titles like Cult of the Lamb and Ooblets.

Unfortunately, however, there was no sign of Hollow Knight Silksong, which is the one indie game everybody wants a piece of.

Silksong sees players take control of Hornet, who must use a host of unlockable skills to explore a “vast, haunted kingdom”.

“Play as Hornet, princess-protector of Hallownest, and adventure through a whole new kingdom ruled by silk and song!” reads the official description.

“Captured and brought to this unfamiliar world, Hornet must battle foes and solve mysteries as she ascends on a deadly pilgrimage to the kingdom’s peak.”

Needless to say, Nintendo will use the event to announce brand new indies and ports of existing games.

Jumpship’s adventure game Somerville makes its PC debut next week, so here’s hoping it gets a Switch port.

Check back on Wednesday afternoon for updates on all the announcements.