For a long time, moms and video game consoles didn’t go together. Sure, they bought you them, but who has time to be grateful to their moms, right? Moms call every games console a Nintendo, they don’t know that you can’t pause online games, they tell you you’re spending way too much time on your Nintendo (for the last time mom, it’s an Xbox!), and generally just don’t ‘get it’. At least, that was how it used to be. Gaming has made a concerted effort to reach across gender lines in the past decade, and most parents of young children these days themselves grew up with video game consoles. Added to that, the rise of consoles as entertainment machines equipped with music, streaming services, and internet has seen them firmly establish themselves as a piece of living room kit. Nintendo has understood this, and recent campaigns have made moms their target audience.

Before we go any further, I must apologise to my fellow Brits. Yes, I hate that I had to write ‘mom’, but the problem is we don’t have an agreed upon term. ‘Mum’, which I’m sure many of you use, sounds too posh to my northern ears, while ‘mam’ (my preferred term) feels alienating to those unfamiliar with it and too similar to ma’am. ‘Mother’ sounds way too formal, so I’m sticking to ‘mom’, but rest assured I hate it as much as you do.

Moving right along. A few months ago, features editor Ben Sledge complained that Christina Aguilera had gotten her hands on Pokemon Legends: Arceus before it was available in stores, or had even been distributed to the press. Folks, it just happened again. Journalists are yet to have their preview for Switch Sports ahead of its April 29 release date, but Jessica Alba appears to already have a copy. The Switch’s latest commercial shows Alba trying out the various sports with her father and two daughters. 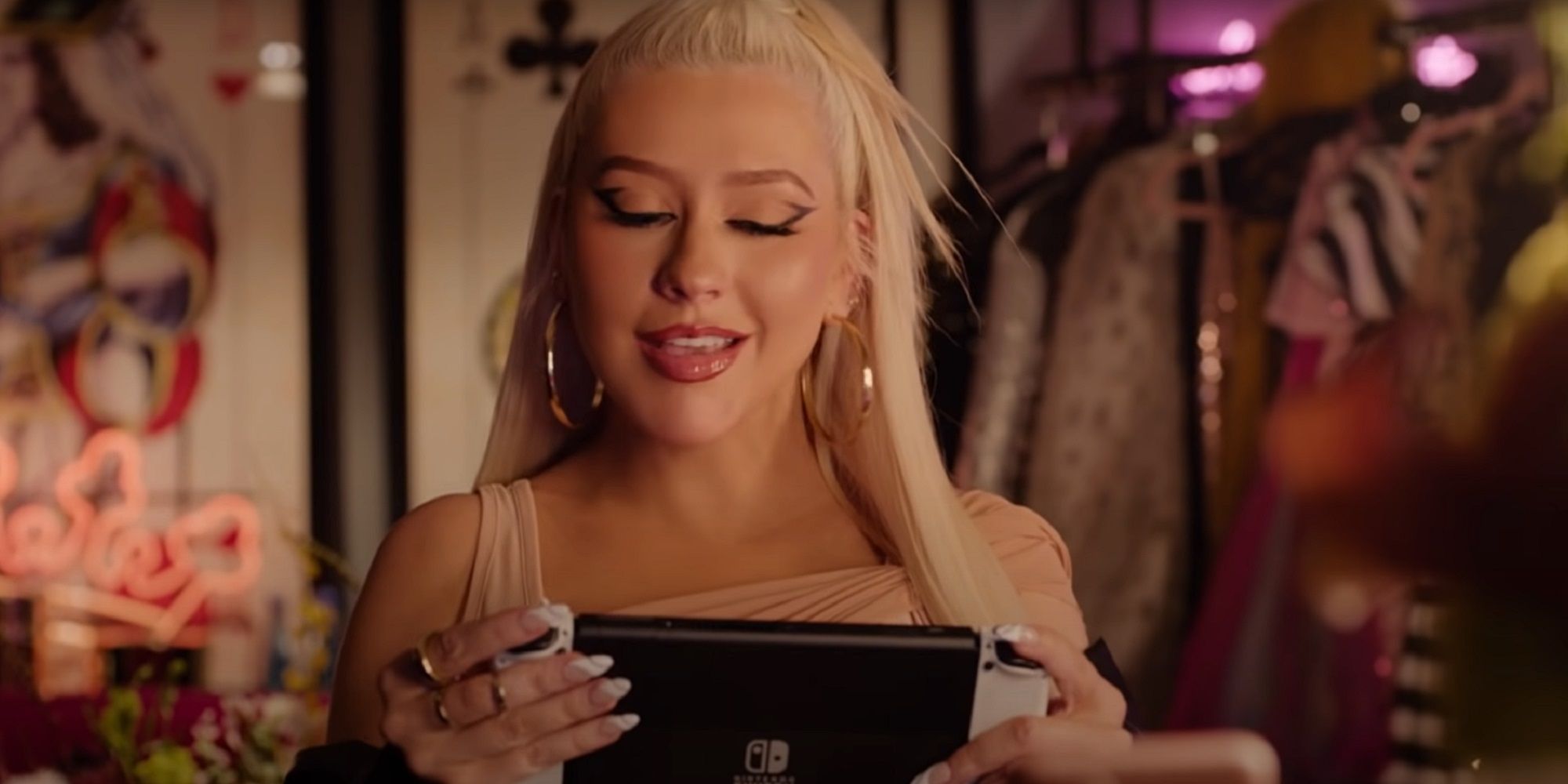 This is a genius idea. Most adverts are made to get us to bug our moms. We see an advert for a toy car and we tell our moms to buy it, then they do. Then we’re generally ungrateful brats about it. This advert is not for kids. Sure, it shows the game, and kids like when their parents take an interest in their hobbies, so it might help a little, but this advert is not for them. It’s for moms. The children playing the game in the advert are largely inconsequential – the central character is Jessica Alba, just as Pokemon’s was Aguilera.

There were other, Aguilera-less ads for Pokemon, and there will be Sports adverts sans Alba. Those are the ones designed to sell the game. These ones are designed to sell the Switch, and they’re targeted directly at the mom. Most kids under 14, the central target market for the Nintendo Switch, will not have listened to a Christina Aguilera album nor watched a Jessica Alba movie. The celebrities in these adverts are specifically chosen to appeal to moms. They are the people moms want to be. Alba and Aguilera are the types of stars we expect to see in shampoo commercials, with both right on the precipice of being in the target demographic for anti-aging creams. There’s a reason we don’t see Zendaya selling life insurance, but instead Michael Parkinson. These are celebrities that appeal to moms, and Jessica Alba, playing the Nintendo Switch in her mom jeans, is exactly who moms want to be. 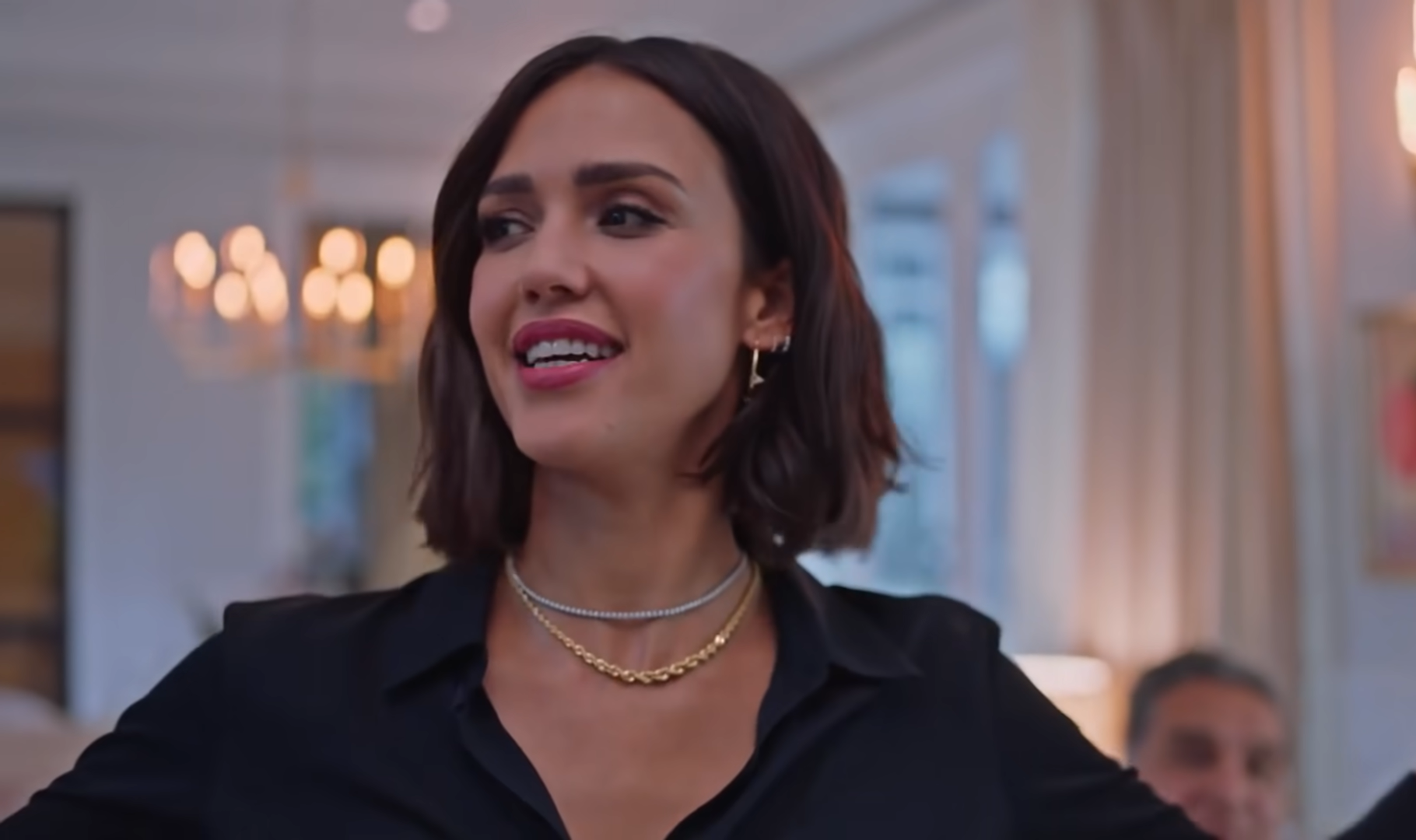 As the advert ends, Alba is shown sitting on her sofa, alone, getting in some more game time. She’s playing Animal Crossing, so there’s no need for jealousy at yet more early access content for the one percenters, and in doing so the Switch moves from a tolerable toy you can play with the kids to a gadget that’s just for you. “Nintendo Switch is my way to play,” Alba says, but what she means is ‘Nintendo Switch is a console for moms’.

Alba has been drafted in by Nintedo before, to promote Ring Fit (a solo game, where she wears mom-friendly yet aspirational gym clothes), Mario Golf (played with her father, offering a relaxed time), and Just Dance (played with her kids, for more energetic play). It ticks every box, and deliberately so. If only the Switch had Netflix it might show her watching Bridgerton while sipping red wine. Aguilera’s adverts are similar. Away from Pokemon, she FaceTimes her son while they both individually play the Switch (buy Nintendo and be a cool mom), then when she gets home they hug and play together. ‘Nintendo Switch is a console for moms, and it will miraculously make your teenage son into a nice person’. There’s even a (non-celebrity led) advert where a young woman reveals to her husband that she’s pregnant by arranging canvas to spell it out in Animal Crossing, which is a) cute and b) very strange.

While Sony focuses on blockbuster experiences for the hardcore players, and Xbox tries to bring in players from all over with a wide range of titles but no clear identity, Nintendo is doubling down on its family friendly approach by not just convincing your mom to buy the console for you, but actively making her want to buy the console for herself. Nintendo is doing your mom, and there’s no way you can stop it.