In many ways, Pokemon Scarlet & Violet is a very memorable Pokemon game. It represents a new style for the series, offering an even broader open world than Legends: Arceus, providing something of a rarity in a Pokemon game trying something different. It’s also the worst Pokemon mainline game ever from a technical point of view, dragged down by frame rate dips, horrific draw distance, bugs, lag, and slow performance. Then there’s the fact it’s Pokemon – it’s kind of a big deal. It’s not the sort of game you forget about. But for all we will remember Pokemon Scarlet & Violet, we probably won’t remember the gameplay that much.

For all Pokemon has slowly but surely been adding technical upgrades over time, the city hubs have regressed. The likes of Celadon and Goldenrod remain the kings of Pokemon metropolis, while more modern cities with far more at their disposal graphically like Hulbury fall desperately short. Fellow Pokemon enjoyer and Features Editor Ben Sledge has previously written that Pokemon games had more depth back when they were 3D, pointing to how shallow the modern hubs are in comparison to the old dioramas. Meanwhile, I’ve written about my desire to have an entire game set in a city, able to explore streets, alleys, and quarters in far more depth. Pokemon's Paris was underused, and it could offer a completely fresh look at what it means to be a Pokemon game.

That's a major diversion from tradition though, I grant you. I don't really expect Pokemon will ever get that brave, at least in a mainline game. But Paldea is so far off the pace of what Pokemon can do, it feels as if they haven't really tried. Often it's a lazy criticism to accuse developers of not trying, it highlights your own ignorance over the level of work that goes into making a video game. But I mean it literally. I think the developers have deliberately not tried with Paldea, in order to concentrate on all of the other areas of the game that the team was making for the first time. 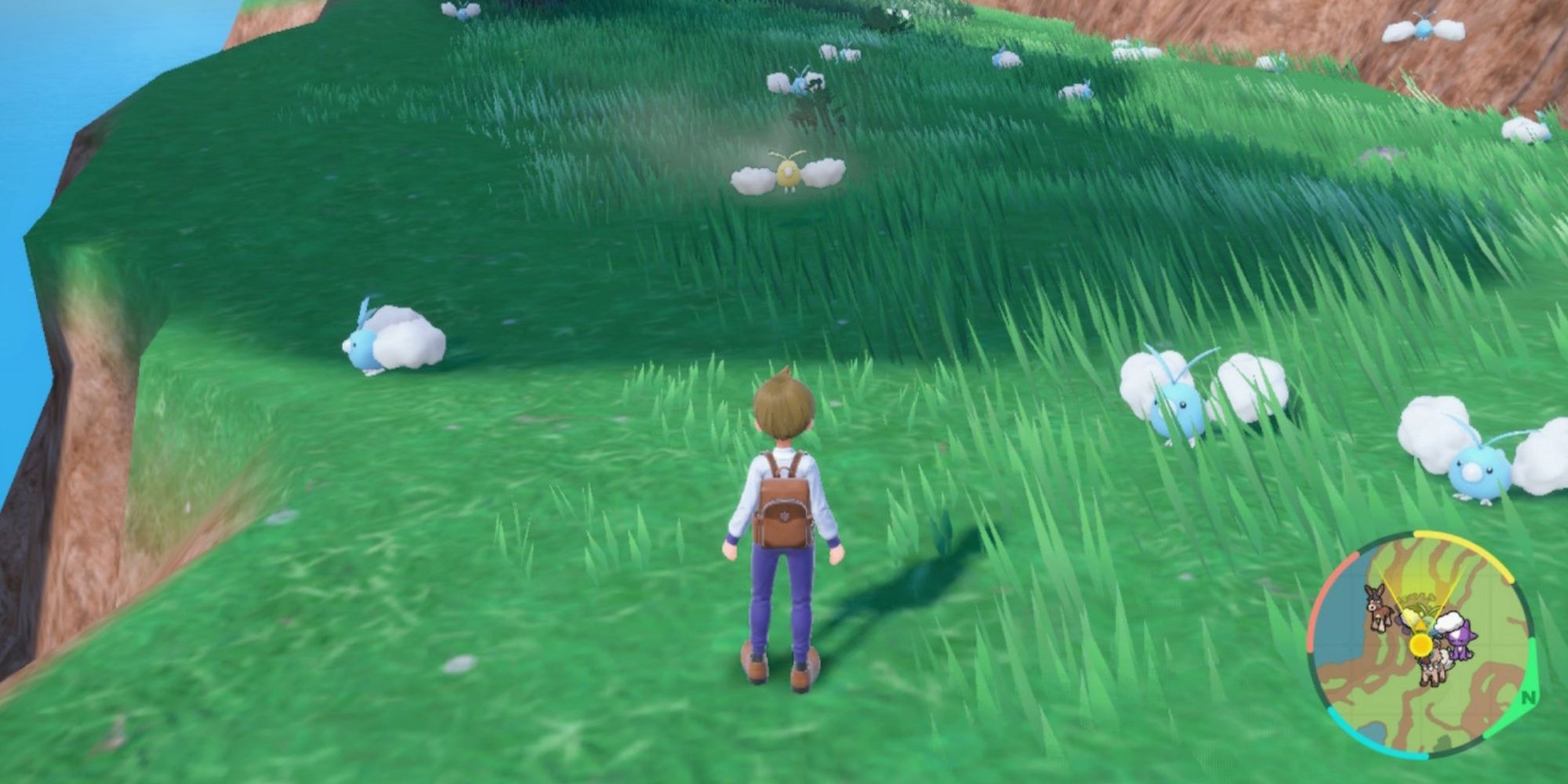 Pokemon Scarlet & Violet was rushed. I think that much is clear. Despite the game being larger in scale than any that came before it, and despite the numerous delays caused by the pandemic, the game released right on schedule, three years after the previous game. The obvious signs people notice with a rushed game are the ones that show the game fundamentally does not work. The bugs, the memory leak, the frame rate. The things that are broken. But there's far more to it than that.

We saw the same thing with Cyberpunk 2077. One of the few games to have even more hype than Pokemon, Cyberpunk 2077 also released in a far worse state. I played the game at launch, and even on a PS5 the longest the game went without crashing was 25 minutes. The bugs were numerous and humorous, but the biggest evidence that Cyberpunk 2077 was rushed came in looking for what wasn't there, not what was. Third person mode was ditched early on, and wall-running shortly after. Quests were trimmed, buildings were closed off, with more and more features sliced off until it could just about make it to the finish line, even if it glitched and fell apart as it flopped through the red ribbon. Scarlet & Violet is similar, and it seems like the towns themselves paid the price. 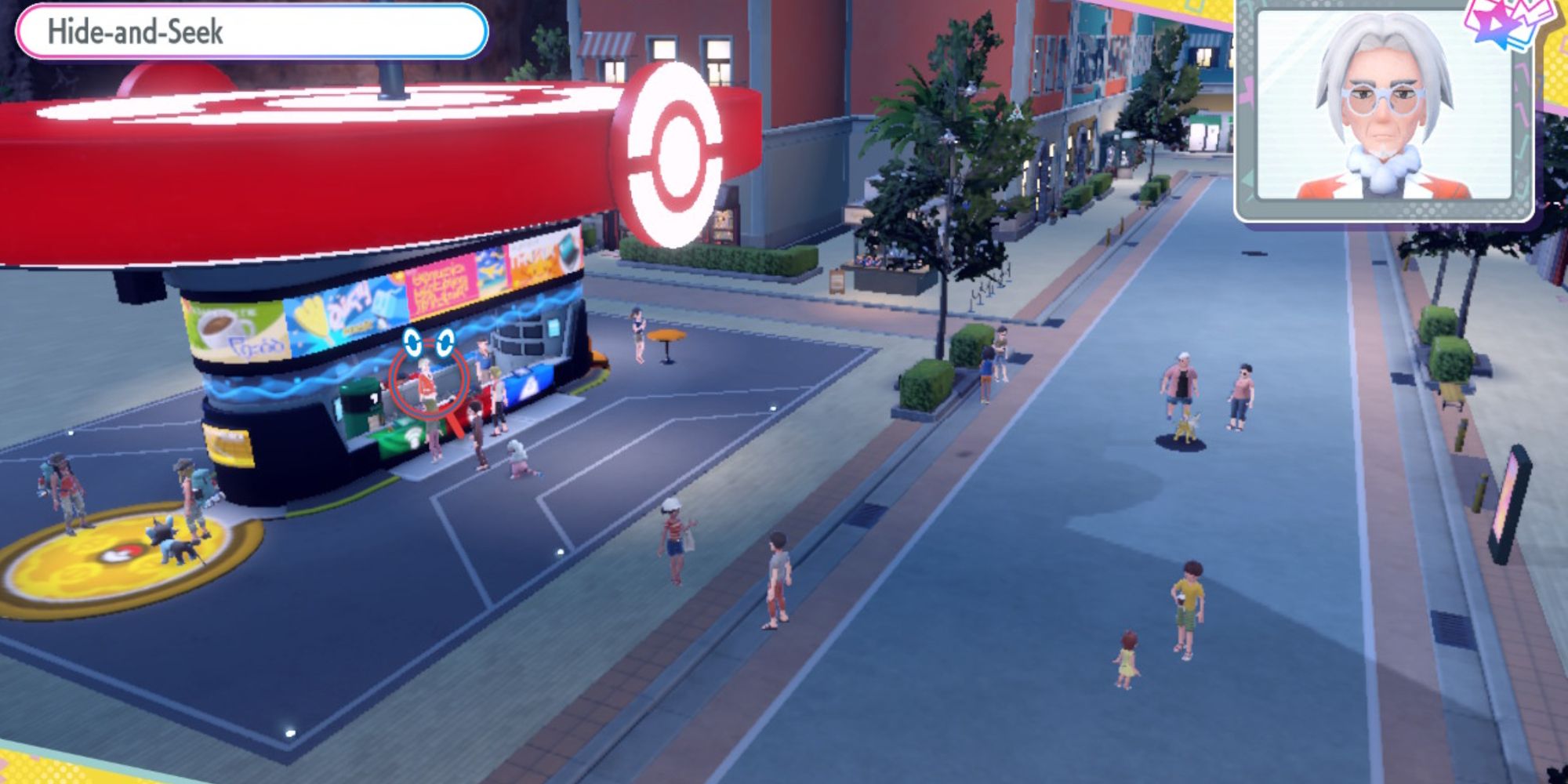 Paldea is just one big Wild Area. There's open patches of grass, open patches of desert, open patches of snow, but wherever you go it's just a big expanse of nothing. The cities are tiny and lack any sort of personality whatsoever. The grass just turns into paving slabs and there's a gym there. Even the Poke Centers are designed like petrol stations, encouraging you to be on your way without overstaying your welcome.

Sword & Shield underwhelmed but at least it got the aesthetic right. Ballonlea and Stow on Side had nothing to contribute to the game, but from one look you knew what they were about. They were himbo cities – very pretty with nothing going on upstairs. Scarlet & Violet doesn't even have that, instead leaving the cities to rot as near identical, tiny dots of metropolis inside a wilderness with nothing to say. Scarlet & Violet is a landmark game for the series, both for positive and negative reasons. But Paldea itself won't live long in anyone's memory.