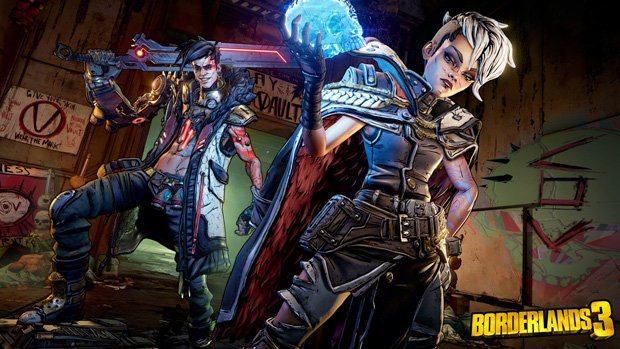 Discussing the mission design in Borderlands 3, Pistick underlined changes to how Gearbox operates and the team’s continued push to make Borderlands a more story and character driven experience:

“The way that we approach the overall plot missions is a lot more different – that’s because we have divided up teams to be a lot more narratively focused. Level design used to do pretty much everything from coming up with some of the story beats to set dressing, whereas now it’s a lot easier to focus on one thing: to make sure that’s really good, and that’s really polished.

“That involves a lot more communication. And, you know, that’s always fun. Because a coworker might have a different idea of how to approach something, as opposed to what I would do. But having that back and forth, and really figuring out what’s going to feel awesome and what’s going to look coolest for the player, has been really an exciting challenge.”

We also talked about the genre and how, after its hiatus, Borderlands 3 now faces competition in the form of Destiny 2, Anthem, and Tom Clancy’s The Division 2.

“We have our formula, and our formula works,” Pistick told us confidently. While some had assumed Borderlands would adopt the shared world, live service focus of its new rivals, Gearbox has instead doubled down on what originally made its franchise such a standout success.

Borderlands 3 launches on PlayStation 4, Xbox One, and PC on September 13th. Last month, Gearbox put out a remastered version of the Borderlands: Game of the Year Edition while also releasing a new UHD pack for The Handsome Collection.