Nope, the latest film from Jordan Peele, is a UFO movie. Early trailers keep the unidentified flying object hidden, instead showing its shadow and the havoc it left in its wake. But, the final trailer, released last month, finally showed us the silver disc in all its glory as it buzzed mere meters over the California dirt where Daniel Kaluuya's OJ rapidly rode away on horseback. After a cryptic marketing campaign, Peele was finally showing, unambiguously, that he was making a movie about a flying saucer. With a July 22 release date and a significantly higher budget than Get Out or Us, it would be Peele's first summer blockbuster.

And yet, for a summer blockbuster about an alien invasion, its stakes are decidedly small and regional. Though Independence Day might seem like a clear genre forebear, the fate of the United States — let alone the world — is never in the balance in Nope. Other alien invasion movies, like War of the Worlds, Signs, Men in Black, or Edge of Tomorrow, focus on a few characters, but make it clear that their plight is tied up in the wider fate of Earth. In Nope, it's never suggested that the current crisis goes much further than the Haywood Ranch, where Daniel Kaluuya's OJ and Keke Palmer's Em train horses for Hollywood.

In true Jordan Peele fashion, there is, of course, a big, spoiler-y twist. The UFO, it turns out, isn’t actually a UFO. It's a singular, biological entity. We don't know how it got to Earth, but we do know what motivates it: hunger. The imagery of alien abduction — a tractor beam drawing unsuspecting earthlings up into the guts of a metal vessel — is repurposed here into something gnarlier: a predator sucking prey up into the circular maw at the center of its underside. 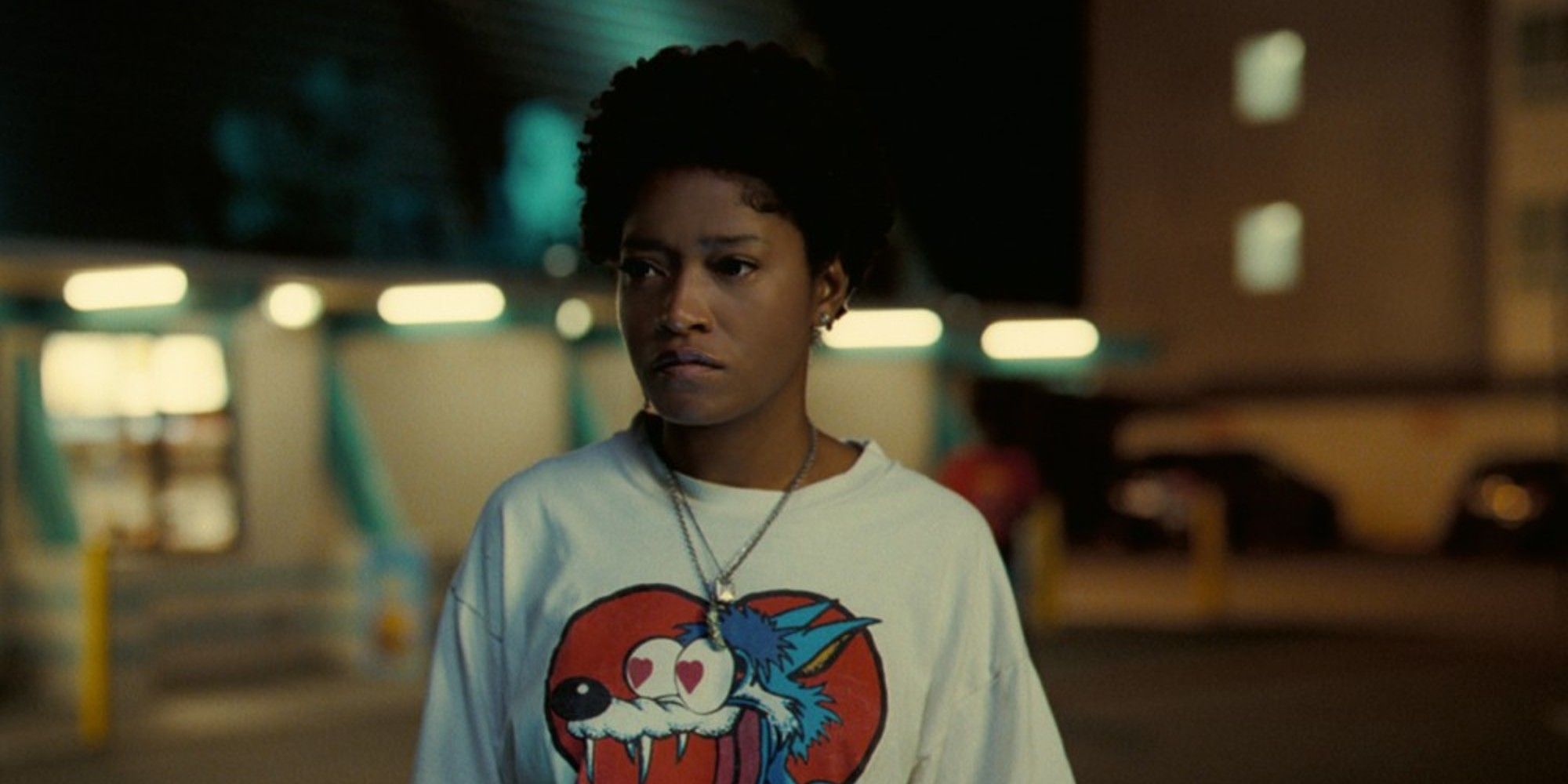 Toward the film's two-third mark, we get an uncomfortable glimpse of what this process looks like, as Steven Yeun's Jupe, his family, and the audience members for his UFO-themed show are slimily squeezed through the creature's gullet in something resembling a birth in reverse. This revelation recasts the Haywood Ranch. It's no longer "a hotspot of UFO activity," to paraphrase Brandon Perea's techie Angel Torres. Instead, it's an apex predator's hunting grounds. It isn't moving on to the rest of the world because it doesn't need to; it can find all the food it needs without leaving its habitat.

This conceit roots Nope in California, not the world. It's a Hollywood story, and its central characters have all been affected by the region's film and television industry in some way. OJ and Emerald are the descendants of film's original star — the Black jockey in Eadweard Muybridge's "The Horse in Motion." Their father founded the ranch, and they continue to be "the only Black-owned horse trainers in Hollywood." Having helped OJ and Em install the security cameras they hope will catch an undeniable "Oprah shot" of the UFO, Angel pouts that he was dumped by a woman when she landed a job on a CW pilot. His conspiratorial worldview, too, has been shaped by TV like Ancient Aliens. Antlers Holst, who eventually agrees to help the Haywoods record the UFO in action with a hand-cranked camera, is a renowned cinematographer. Most crucially, Ricky "Jupe" Park, who owns the nearby carnival Jupiter's Claim, is a former child actor.

The family sitcom he starred on, Gordy's Home, was canceled in 1998 after the show's titular chimpanzee star went on a freak violent rampage, killing or mutilating all of the actors except Jupe. In the film's present, Jupe has built a business around his showmanship, making the traumatic incident a cornerstone of his public persona. His co-star, who was left physically scarred in the chimp attack, is in attendance when the UFO attacks Jupiter's Claim, and before the incident, Jupe makes a point of singling her out and name dropping Gordy's Home. When OJ and Em come to visit him, he recounts an “epic” SNL sketch about the incident, insisting that they really should watch it. At this moment, Peele cuts to Jupe on that day in 1998, terrified and hiding from Gordy under a table on set. 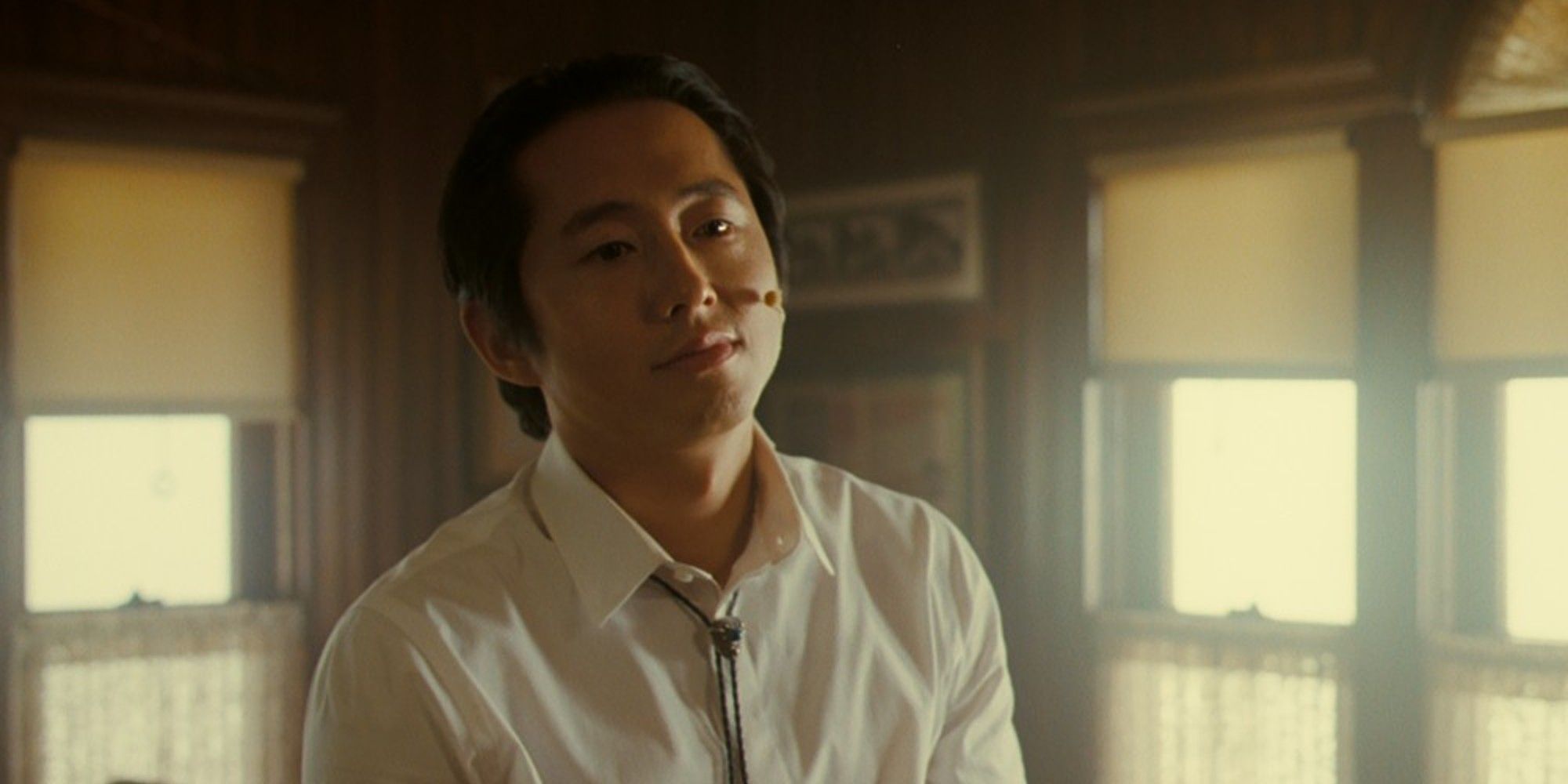 That moment works as a key to unlocking the film. To make it in entertainment, Jupe has turned his real pain into spectacle. He has emotionally distanced himself enough from his past that a violent, traumatizing event can become a calling card. Similarly, OJ is barely able to function, still grieving the loss of his father in a hailstorm of debris that the creature spews over the ranch. His and Em’s impulse to capture the UFO on film is a mirror of Jupe’s put-on showmanship.

Nope needed to be a regional story. As the center of the American film industry — an industry that causes more than its fair share of pain to the talented people that keep the business afloat — Hollywood is the logical setting for a movie about people attempting to turn their pain into art. Though the art that Hollywood produces reaches the rest of the world, the pain behind its creation usually stays local.