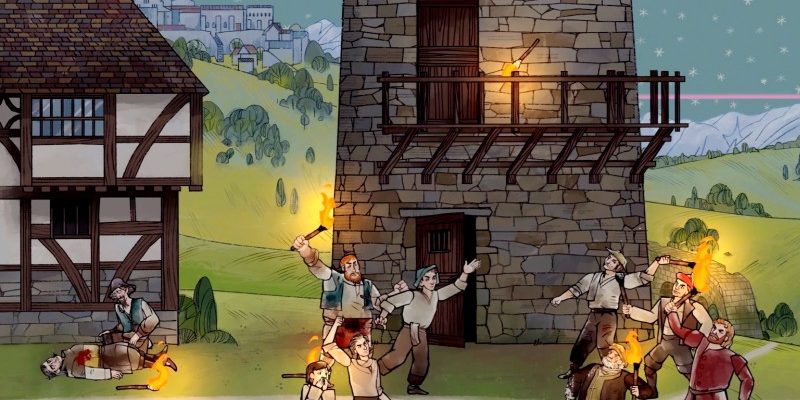 Obsidian Entertainment, the studio behind 2019’s The Outer Worlds, has revealed Pentiment, a beautiful narrative journey through 16th Century Bavaria. It is coming to Xbox consoles and PC this November.

Revealed during today’s Xbox & Bethesda Games Showcase, Pentiment looks like quite the departure from what Obsidian has released over the past few years. Nonetheless, the project looks fascinating. The game features quite a unique visual style that looks reminiscent of an old medieval painting or book. This makes sense, too, because Pentiment is not an RPG like The Outer Worlds or a survival game like the studio’s Grounded, but rather, a narrative adventure game.

Check out the trailer for yourself below:

Here’s how Xbox describes Pentiment in the YouTube trailer description:

“Set in 16th century Bavaria, Pentiment will take players on a narrative journey through the eyes of Journeyman Artist Andreas Maler during a time of great social unrest. Led by game director Josh Sawyer, this game is brought to life by a talented team inspired by illuminated manuscripts, woodcut prints, and history itself.”

While waiting for its release, read Game Informer’s review of The Outer Worlds and then read about Obsidian’s next RPG, Avowed.

Are you excited for Pentiment? Let us know in the comments below!