After beating the main story of Octopath Traveler: Champions of the Continent, you may be itching to seek out the best gear for your party in preparation for the Tourny Cups or other difficult super bosses. Right now, the best weapons you can grind for are the Battle Tested series, which can be equipped at level 60.

The Battle Tested Bow can be obtained by defeating the Tottering Old Man in Emberglow. Let's take a look at where to find this NPC, some suggestions for forming your party, and a general battle strategy for taking him down.

Where To Find The Tottering Old Man 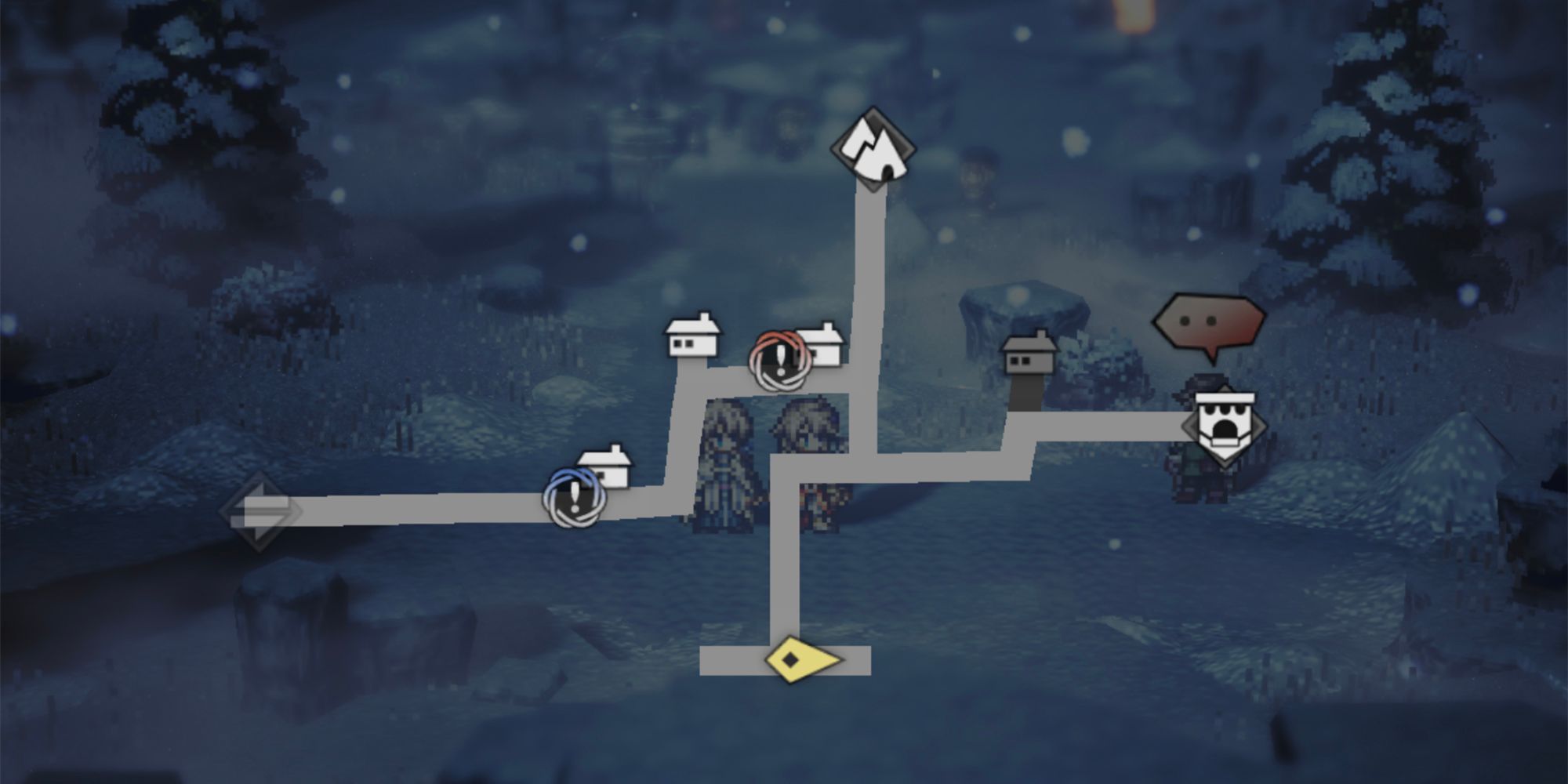 The Tottering Old Man can be found in Emberglow: East District. Follow the path to the left, then head down towards the trio of children. If they're blocking your way, inquire further with them to move them, then continue south. The boss is to the right of this path. 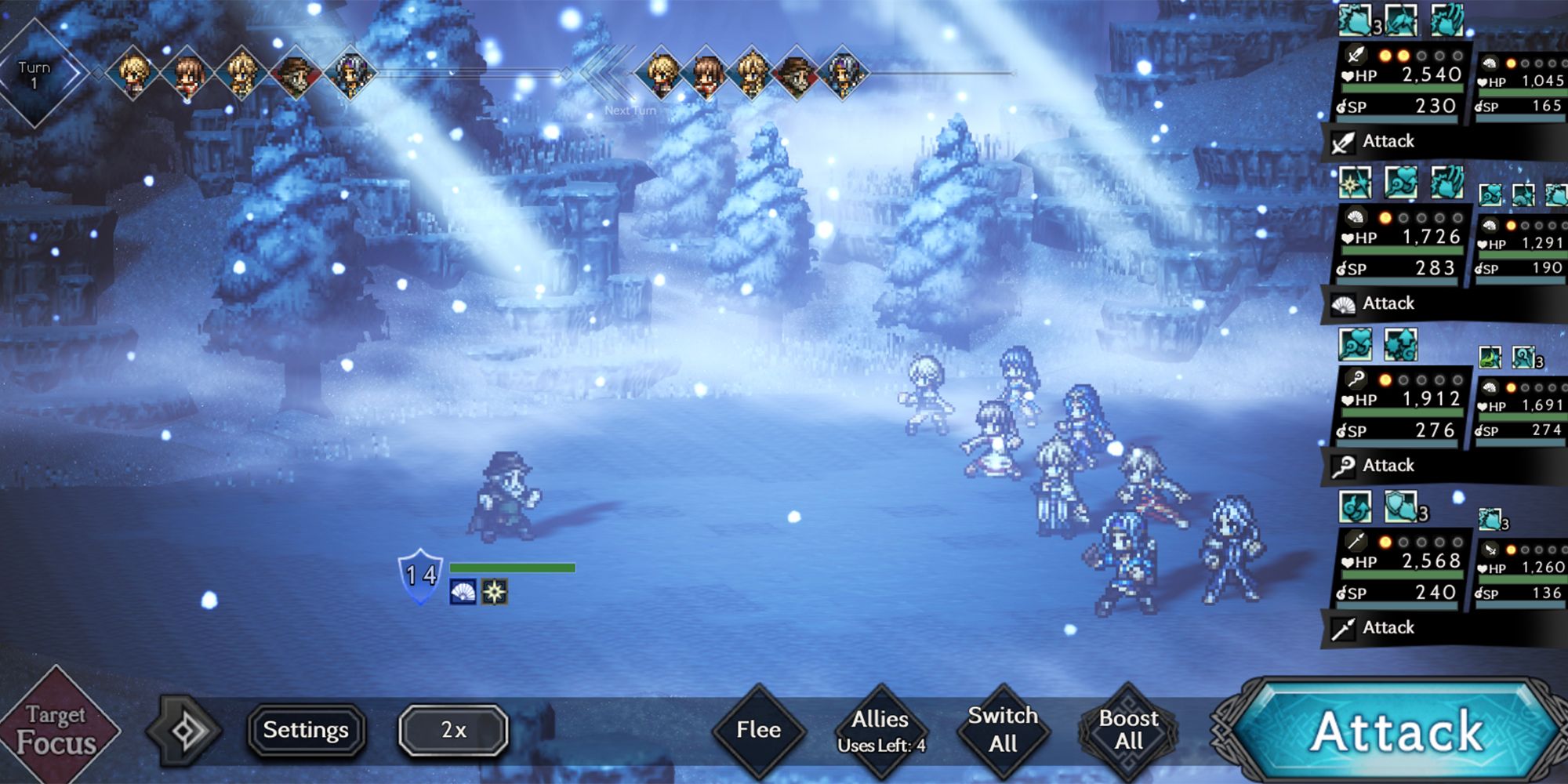 The Tottering Old Man is weak to fan and light attacks. He has a few attacks that he will use throughout the fight, like an attack that hits all units on the front row, or an attack that hits targets at random. The main thing to be cautious of is Fulmen, which deals high damage to two targets and has a chance to inflict paralysis on them, causing them to have a chance to be unable to act.

For this fight, we recommend bringing a few dancers, preferably with multi-hit fan attacks like Lynette or Iris. Other good dancers for this fight include Meena, due to her access to light attacks, and Mabel, for her strong backline passive that increases the duration of buffs on all party members. With that, a strong elemental or physical damage buffer like Lynette or Fabio will greatly increase the damage of your attacks when the boss is broken. 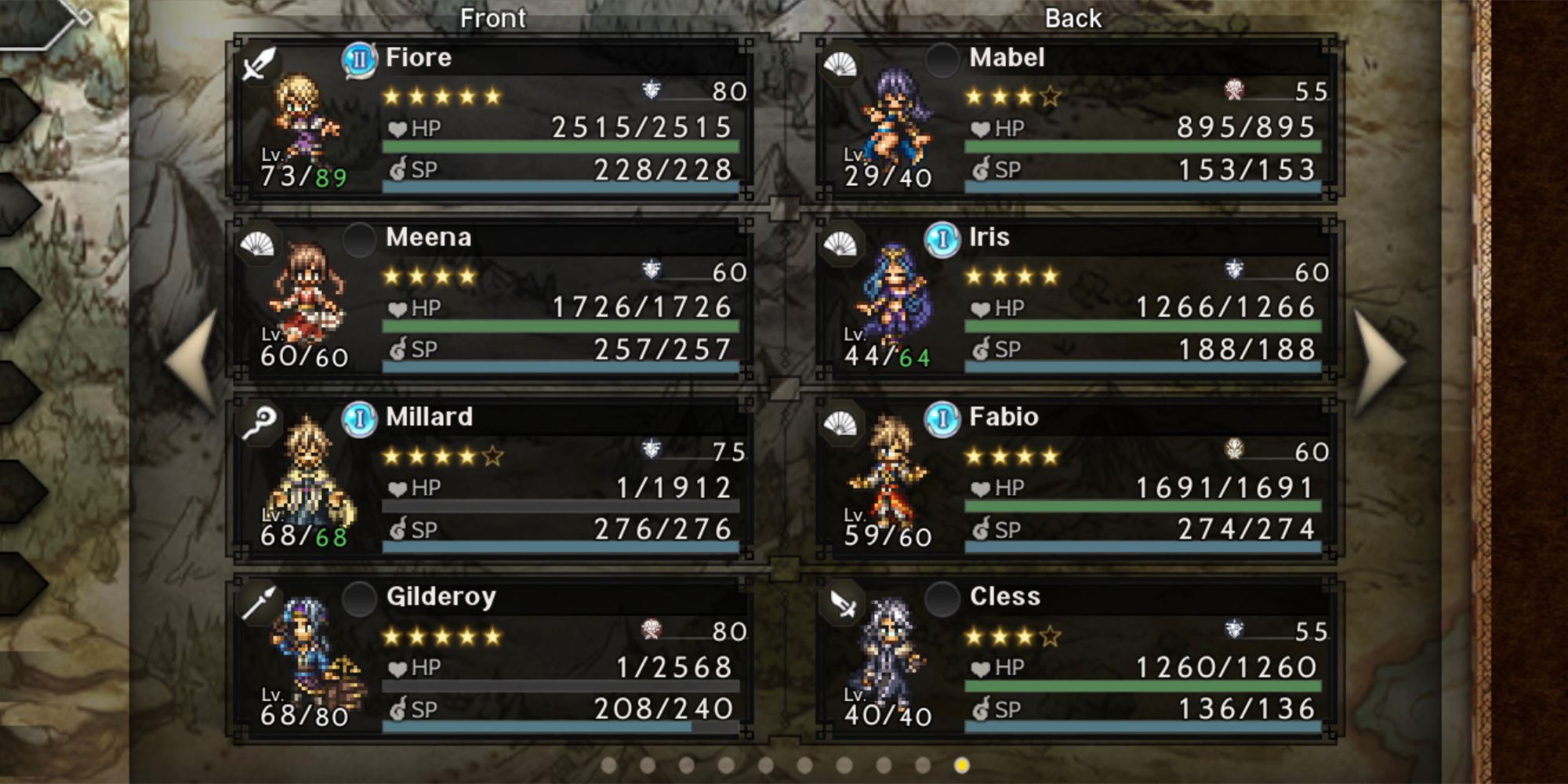 Next, a strong cleric like Millard who can also use light attacks will be enough to heal through the Tottering Old Man's frontline and random-targeted attacks. To reduce the overall damage your party takes, bring a strong aggro-drawing tank like Gilderoy or Tressa, as they can draw the boss's attacks away from the rest of the party.

Finally, bring your strongest damage-dealing character, preferably one who can hit the boss's weak points, although this isn't necessary. Fiore can deal extremely high damage when full-boosting her single-target attacks, but Lynette, Sofia, and Millard are also good choices for this role.

Your main goal during this fight is to keep the Tottering Old Man in the broken state as much as possible. Not only will this help protect your party from his attacks, but it will also enable you to deal the most damage with your strong unit's boosted attacks.

While breaking the boss's shield, save the boost points on your main damage-dealers. Then, when the boss is broken, boost your strongest attacks to chunk away at his health. Be sure to keep aggro-drawing abilities, buffs, and debuffs active as much as possible. Repeat this process a few times, and the boss should go down within a few cycles. 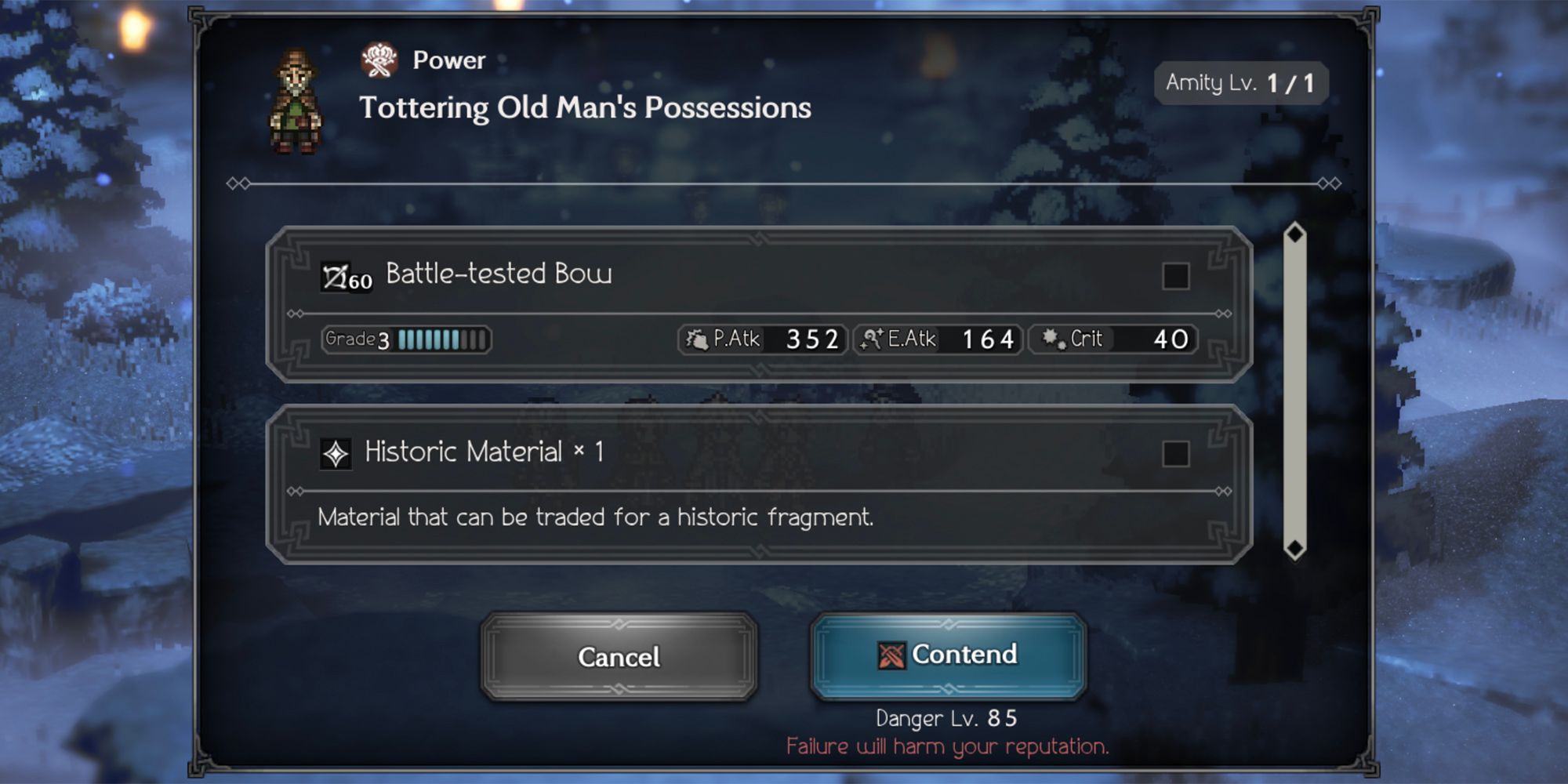 Upon defeating the Tottering Old Man, you will have a chance to receive the Battle Tested Bow, and by Contending with the boss, you will obtain a Historic Material, which can be traded in later for any Battle Tested weapon.

While you can only Contend with the boss once a day, fighting him through the Impress Path Action will allow you to rechallenge the fight as many times as you want. The drop rate for the Battle Tested Bow isn't the highest, so you may need to fight the Tottering Old Man a few times before you get it.