The Battle Tested weapons are some of the strongest for endgame parties in Octopath Traveler: Champions of the Continent, and they can even be combined and upgraded into stronger versions. However, getting your hands on a Battle Tested weapon will take some preparation and strategy.

To obtain the Battle Tested Staff for Cleric units, you'll need to find and defeat the Reflective Grandma in Clearbrook. Let's take a look at where to find this NPC, and a strategy for defeating her.

Where To Find The Reflective Grandma 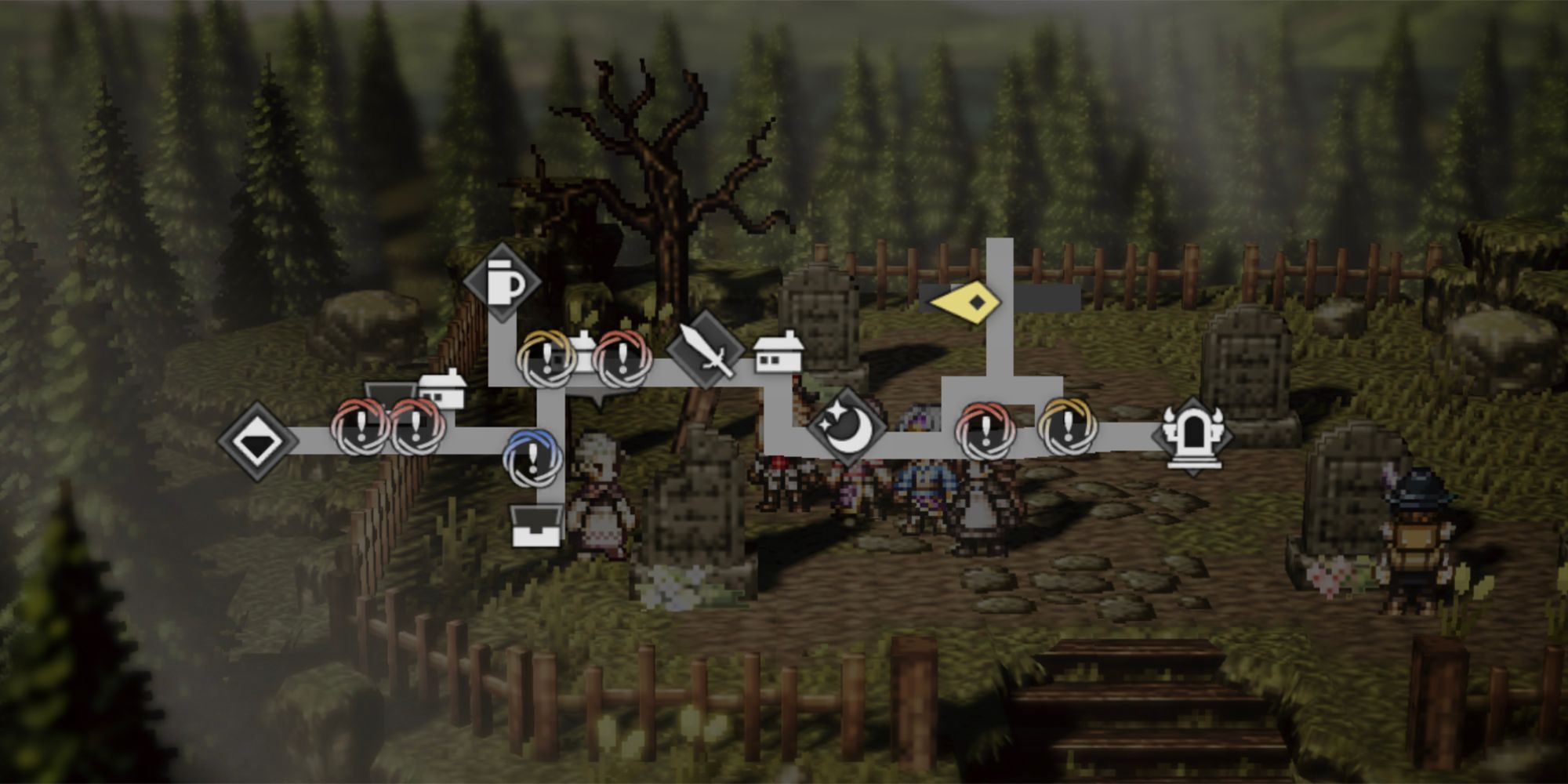 The Reflective Grandma is found in the cemetery in Clearbrook. Before you can talk to her, you'll need to unlock and complete the Clearbrook Expert Hunt, 'Defeat the Giant Crocodile'. After doing this, and reaching Rank 22 in Power Influence, you'll be able to Contend with this NPC. 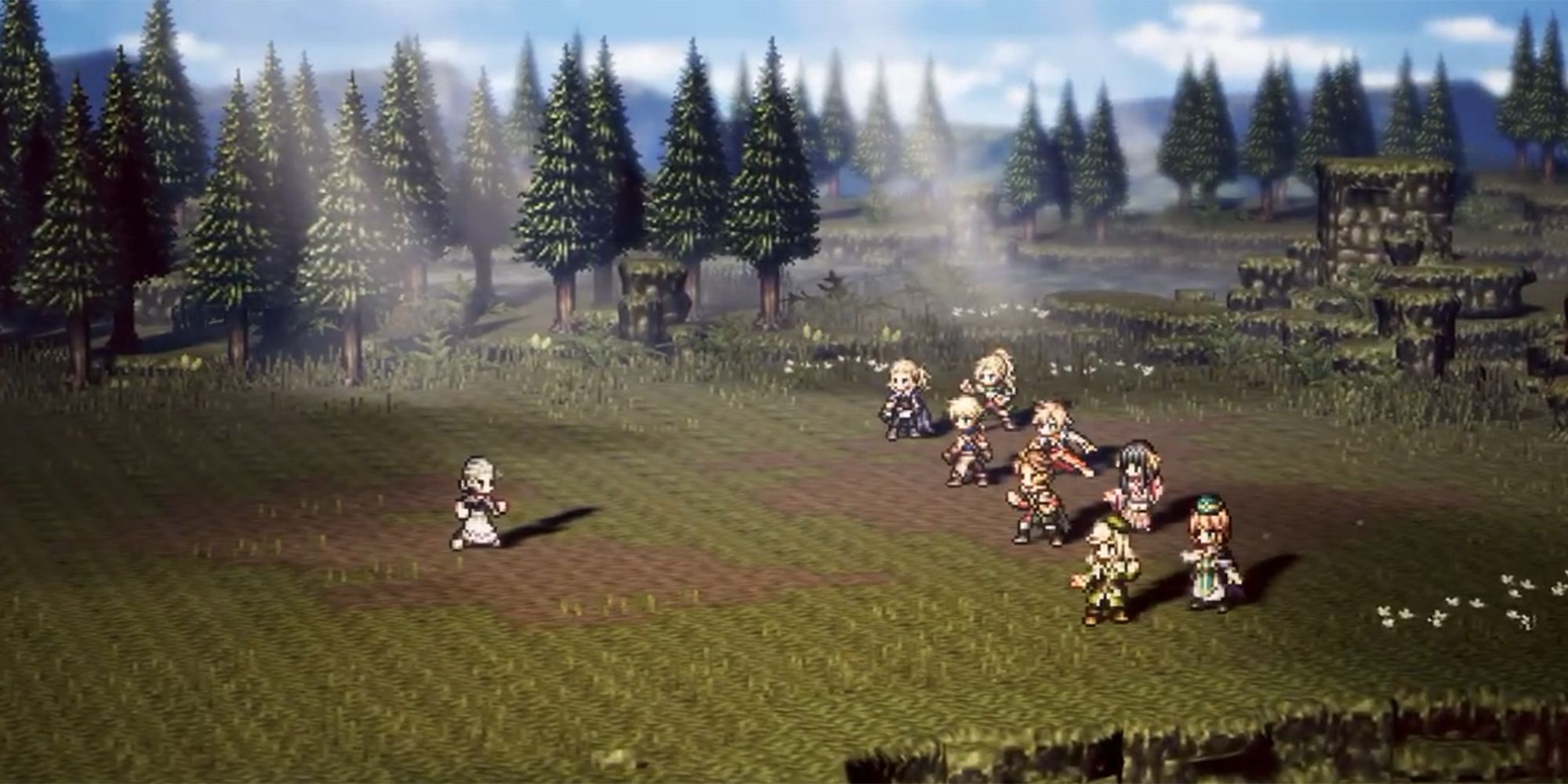 The Reflective Grandma is weak to tome and wind attacks. She will buff herself, increasing her resistance to physical and elemental damage, so be sure to bring strong debuffers like Viola who can offset these bonuses.

There are plenty of strong wind-users that can make this fight much easier. Tikilen, Scarecrow, Odette, and Noelle are great choices for your main damage dealers. Each of these characters has strong multi-hit attacks that can consistently break the Grandma's shield, repeatedly putting her into the broken state. 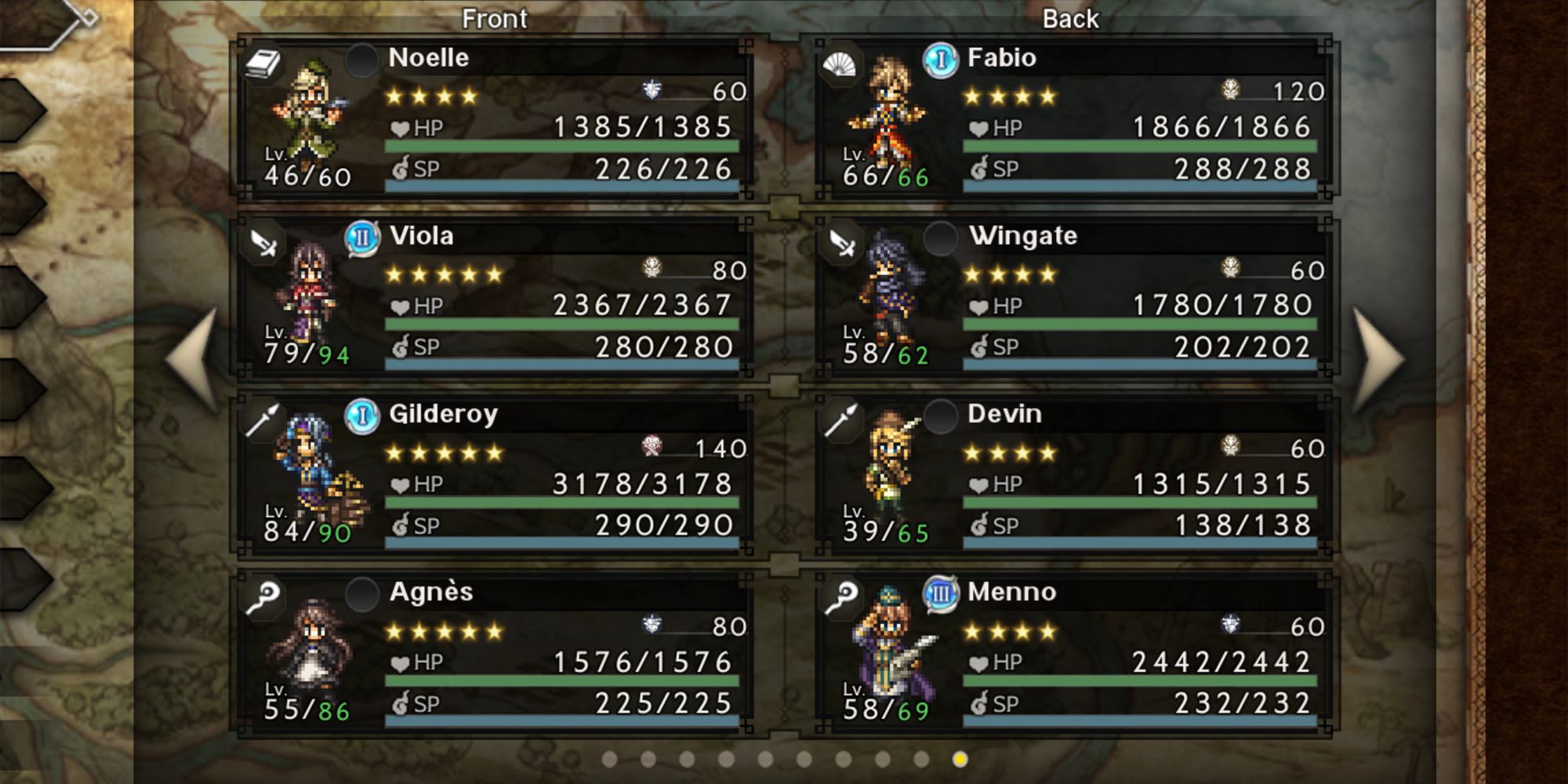 The main strategy for this fight is to do just that, ensuring that the Reflective Grandma is unable to attack for most of the duration of the battle. If you don't have enough multi-hit users to allow for this, bring along a strong Tank like Tressa or Gilderoy, and a healer like Theo or Agnes. Agnes is a great choice because of her access to wind attacks, allowing her to deal some damage when she isn't healing.

Outside of attacking, you'll want to buff up the damage of each of your attacks through units like Fabio or Lynette. As you strike the boss's shield, buff your physical and elemental damage with these unit's buffs, then unleash high damage boosted attacks when the boss is broken.

Repeat this process a few times, and the boss will go down. If your units are high enough level and have good gear equipped, this fight should be simple. If not, come back later when you are more prepared. 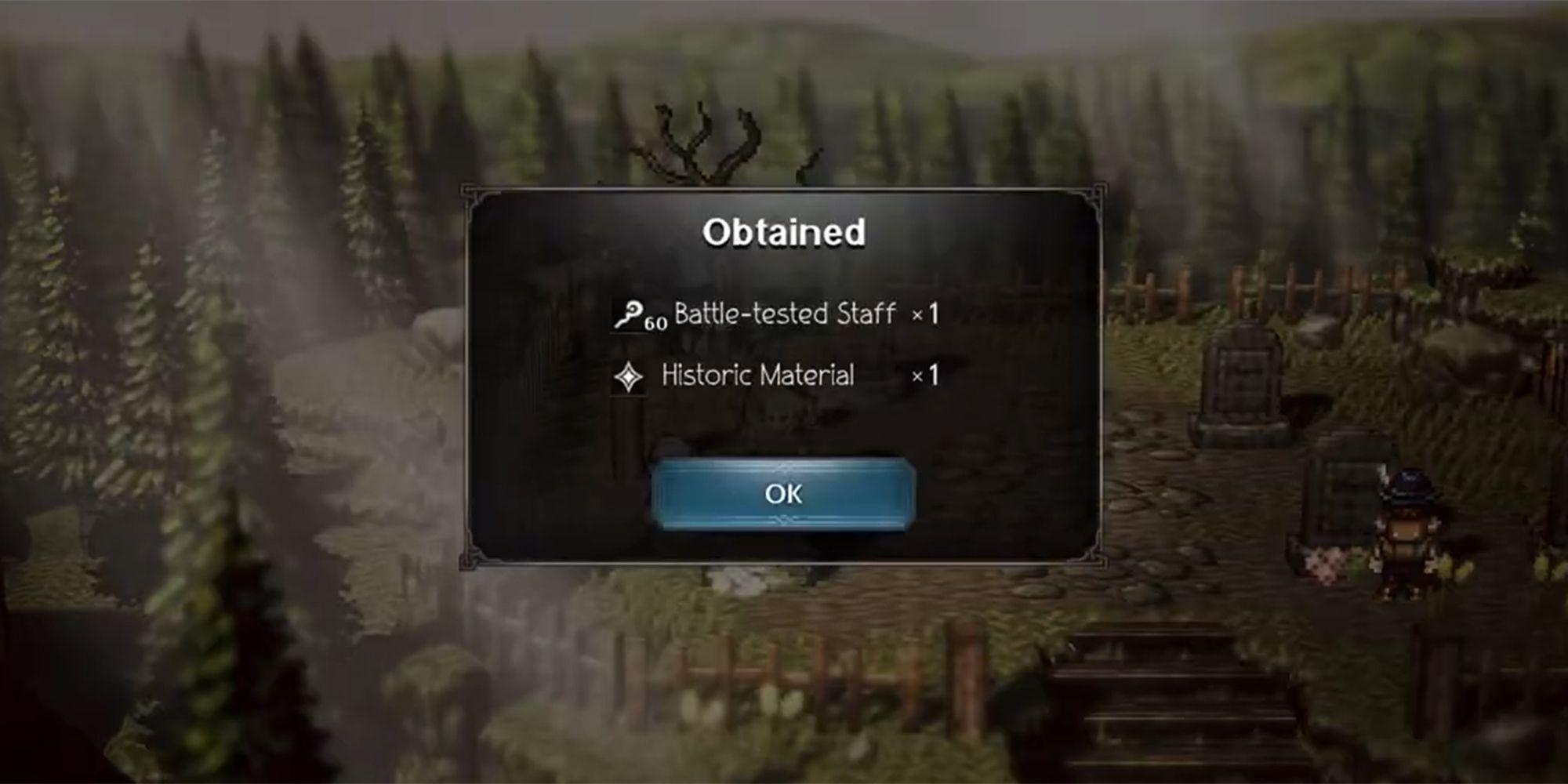 The first time you defeat the Reflective Grandma, you'll get the Battle Tested Staff and one Historic Material, which can be used later to trade for any Battle Tested weapon you want.

If you want a second or third Battle Tested Staff, you'll need to Contend or Impress the Grandma again, although this time the drop is not guaranteed. The weapon has a low chance to drop each time you defeat the Reflective Grandma, so keep challenging her until you get it.