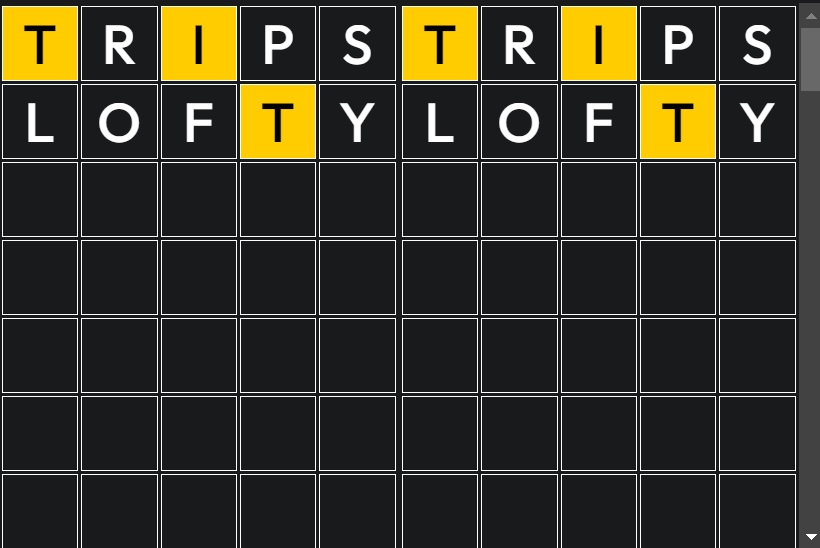 If you haven’t done your daily Octordle puzzle yet, you’re in for what can only be described as a late April Fool joke.

For anyone unfamiliar with this unofficial Wordle spin-off, Octordle is essentially the same game except you have 13 tries to guess eight different words at once.

This makes it much harder than the standard game, although its creator has decided to throw regular players a bone today, to mark Octordle’s 88th puzzle.

If you have yet to try the daily puzzle yourself, we advise you give it a go first so as not to have the surprise spoiled for you.

In what feels like an April Fool joke three weeks late, today’s Octordle has the same word for all eight answers, making it so easy that even a first timer can work it out. Don’t read any further if you don’t want to know what the word is though.

The word, appropriately enough, is simply ‘eight.’ In a way, the game itself foreshadows this by having the numbers in ‘daily octordle #0088’ at the top of the page spin.

Once you figure the answer out, all the tiles (whether there’s a letter in them or not) will either randomly spin as well or zoom in and out.

Judging by some of the responses on Twitter, it definitely took people by surprise. A few were even worried that the game had glitched at first, while some appreciate the joke.

Octordle has thrown a bit of a wobbly today…

It seems the people behind the unofficial Wordle spin-offs are willing to have a bit more fun with their games. For April Fool’s Day, Heardle (the music version where you need to guess the song) went with Rick Astley’s Never Gonna Give You Up in reference to the rick roll meme.

Wordle itself, however, didn’t seem to do anything for April Fool’s Day. Although considering how passionate some players get about maintaining their winning streaks, perhaps The New York Times figured it’d be best not to upset anybody.