There's a lot to keep track of in a game of Old World, even if you're a veteran strategy gamer. With barbarians raiding your border settlements, disgruntled nobles demanding special favors, and juggling several resources, making smart choices is essential to staying ahead. The game's tutorial only teaches the fundamentals, leaving the rulership of your empire in your hands and yours alone.

With these tips and tricks, you'll be able to make the game work for you. Build yourself a solid foundation and soon there will be no more worlds left for you to conquer. 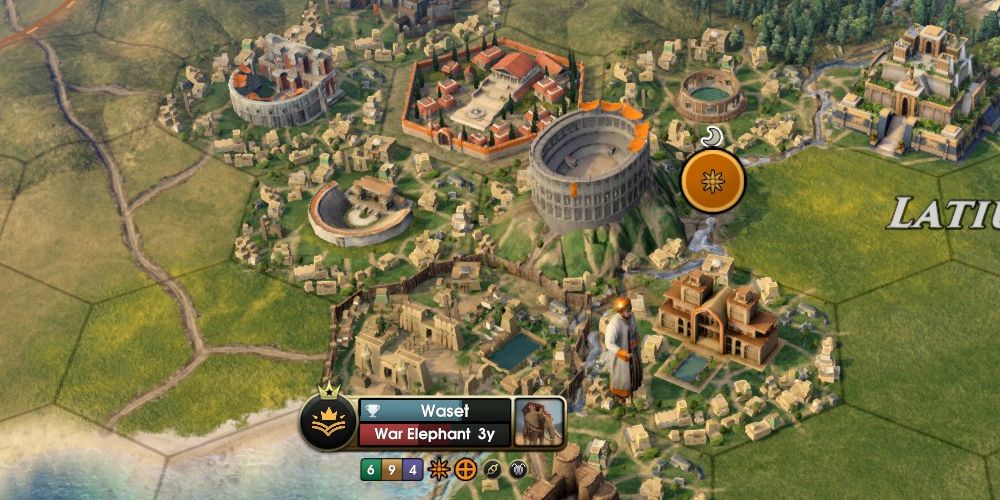 Hamlets are an early urban improvement unlocked by the Polis technology. They're cheap to build and maintain, costing only twenty Stone with an upkeep of one Food per turn, and generate a good amount of money. They're also unique in that they grow and evolve over time, becoming Villages and eventually Towns with increased output.

The sooner you get a Hamlet constructed, the sooner it will evolve and provide you with more income. Placing Hamlets early is also useful for city planning, since they get a twenty percent bonus for having Odeons and Baths nearby.

Buy And Sell Resources As Needed 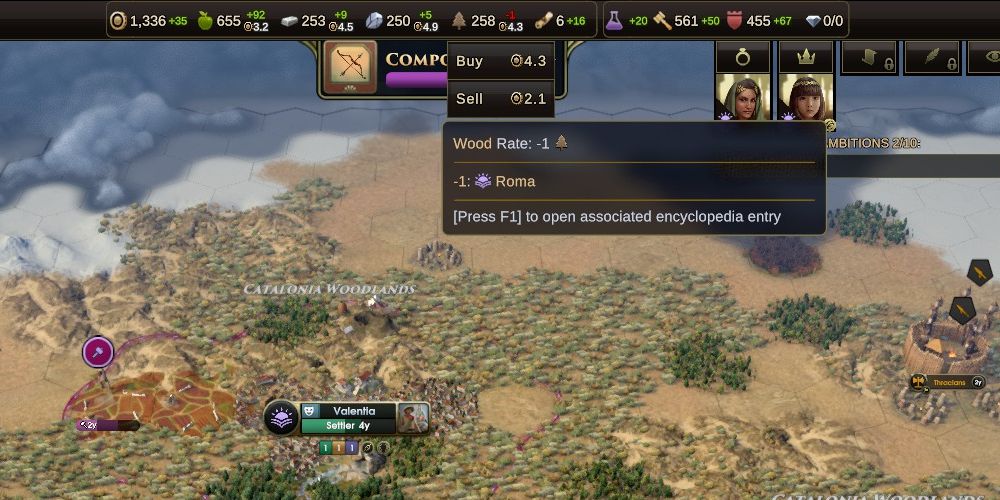 By hovering over a resource at the top of the screen, you can access a drop-down menu to buy or sell that resource with money. The price is determined by your overall empire size and previous transactions you've made – buying a resource frequently will drive the price up.

This mechanic isn't just a means of getting a few extra Stone for your next building project (though it's definitely useful for that purpose). The game is designed to make the resource market an important way of staying ahead in economy and growth. Purchasing Iron, Wood, and Stone is the primary use of money in the game, and just relying on your rural improvements for these key resources will cause you to fall behind.

Focus On Traits When Training Your Heir 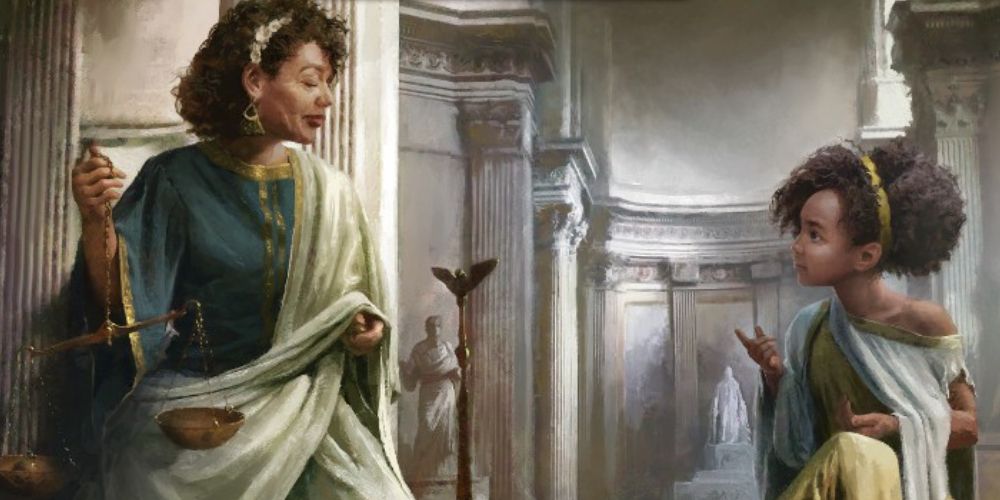 Whenever you educate a child in the line of succession, you'll get events that allow you to influence their stats and traits. Pay particular attention to these events for your Heir, and also to those of the second in line just in case.

Often you'll be given a choice between increasing one of the character's stats or giving them a trait. Positive traits, called Strengths, provide bonuses based on the character's job. On a Leader, these bonuses affect the entire empire.

Since your Heir is going to be the Leader one day, set them up for success by cultivating Strengths that will provide great global bonuses. Stats can come later, after they've reached adulthood and can start earning experience points. 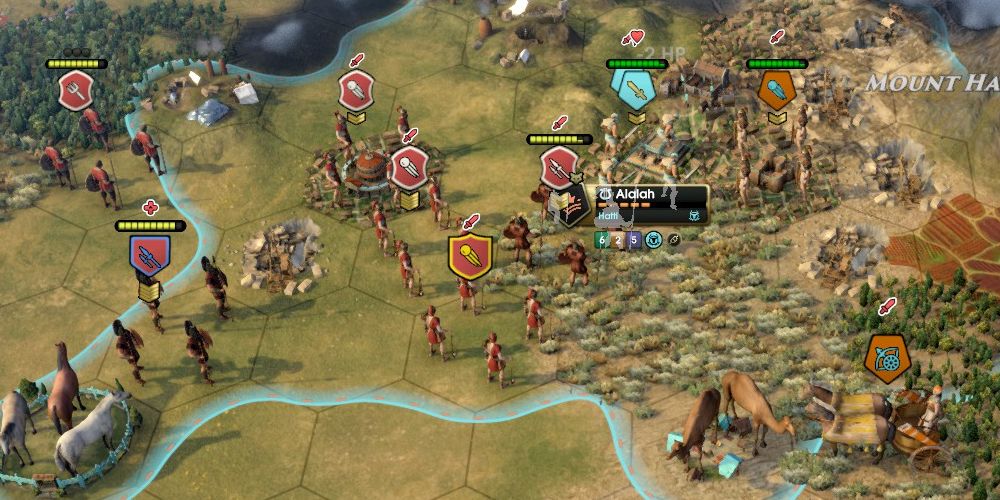 Being aggressive in the face of neighboring tribes and nations will increase your Legitimacy, but it's important not to pick fights just for the sake of it. Multiple wars means multiple fronts, and can easily lead to your military being stretched too thin to win.

Far-off tribes are usually safe to declare war against as a show of strength, but be wary of using this tactic against full-fledged nations. Even if your rival is on the other side of the map, their armies can foil your campaigns in other regions, or surprise you at your borders after a long march.

Pick fights you can win, then win them as quickly and efficiently as you can. 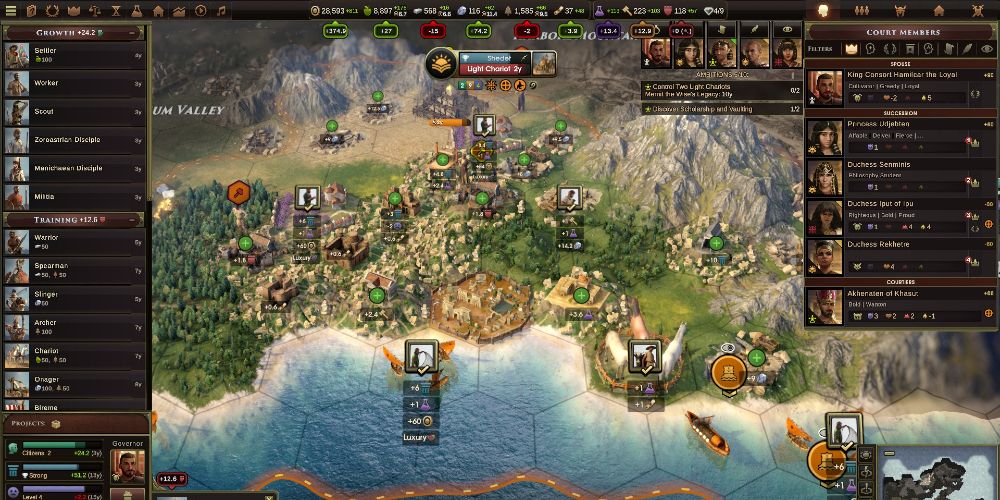 Cities in Old World don't have a single "industry" resource. Instead, they divert production of a specific resource from the stockpile to whatever project they're currently building. Civilian units (including Militia) use Food, military units use Training, while everything else uses Civics.

Boosting a city's output of these resources will speed the production of the associated projects in that city. Hence, a city that produces lots of Training will be much faster at pumping out soldiers, while an agricultural city can easily create Disciples and Workers.

Move Troops First When At War 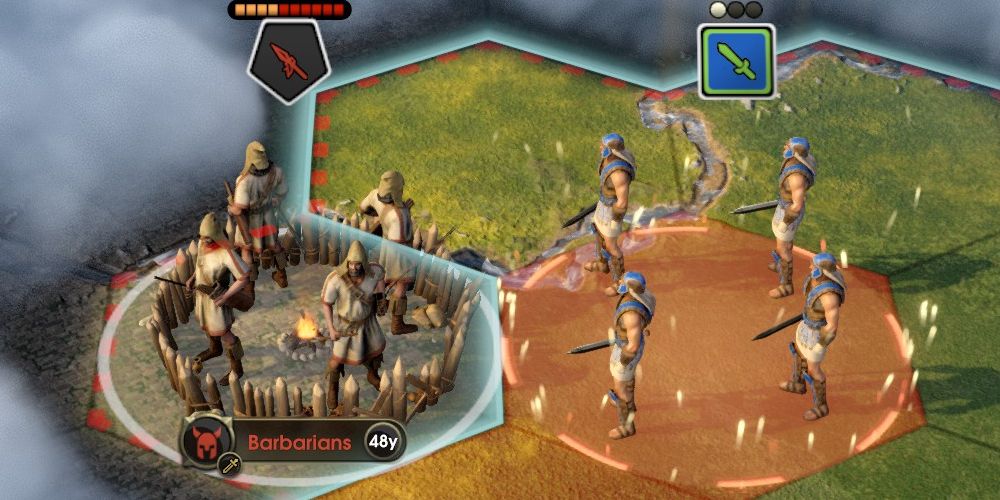 The limited supply of Orders each turn makes it critical that you prioritize which units receive them. By default, the game will typically ask you to direct civilian units before military units.

At the start of a new turn, ignore the automatic unit sequence if you're at war and be sure to command your soldiers before anything else. Make all your necessary attacks and reposition troops as needed, and then go back to spend the rest of your orders elsewhere. Leaving the military for last can result in units getting caught out of position or missing an easy kill.

Choose Your Ambitions Carefully, And See Them Through 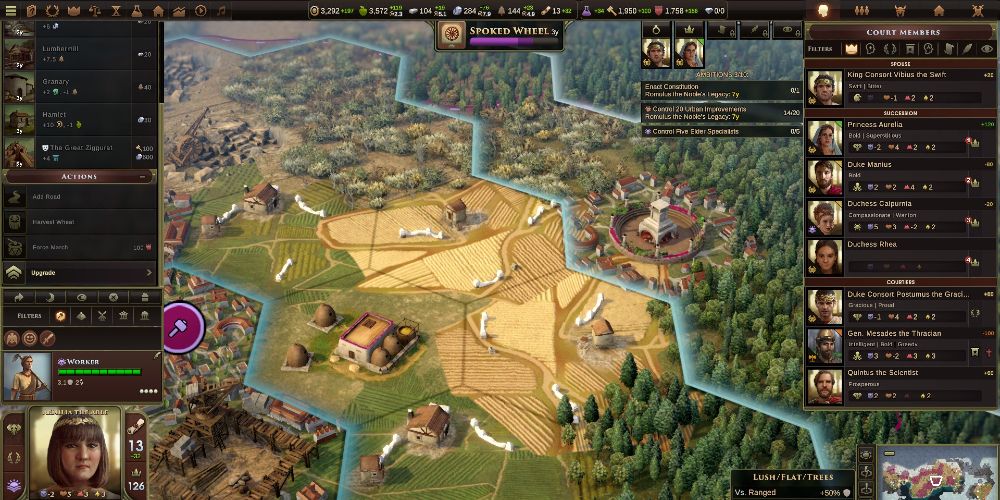 Your Leader's Ambitions give you a goal to work toward, providing Legitimacy and improved family relations when completed. You can even win the game by being the first nation to complete a total of ten Ambitions. Every Ambition is a large undertaking, and even the comparatively easy ones can take a lifetime to complete.

You'll always have limited control over your Ambitions, usually being presented with a handful of options to choose from. You are also allowed to not select any Ambition, but this is only recommended if you really don't think you can complete any of the available ones and want to wait for something better. Select the most feasible Ambition, or the one that best aligns with your play style if the available options seem equal in difficulty.

Once you complete an Ambition, you have until twenty years after your current Leader's death to complete it. Failing an Ambition isn't the end of the world, resulting in a minor loss of Legitimacy, but you should still do everything you can to complete all your Ambitions within that time limit. This can lead to changes in your strategy, leading you down roads you might not have taken otherwise.