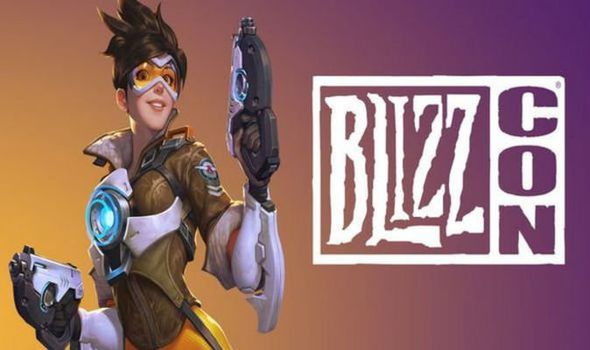 Not only will there be two days worth of eSports fun, including ten teams from around the globe competing in the World Cup.

But fans also look set to find out about the next Overwatch hero being added to the game on PS4, Xbox One, Switch and PC.

Echo is expected to be announced as the new Overwatch hero coming to the game, although it’s not exactly clear what game they will appear in.

Leaks connected to “Overwatch 2” have been appearing online and suggest that a sequel will be announced today.

But it would also make sense for Blizzard to reveal a new hero for the current game, especially since we haven’t had much in new content.

Making Echo Hero 32 and then revealing a release date for Overwatch 2 could make for some kind of crossover event.

But we won’t know for sure until the BlizzCon 2019 Opening Ceremony gets underway.

The event will be available to watch online for free and will contain all the biggest news from BlizzCon.

So if Overwatch 2 is coming, we can probably expect the first release news to be revealed today.

The Opening Ceremony starts at 6pm GMT (11am PT) and will probably lean heavily on any new content being worked on.

And there is also a good chance that other news related to Overwatch will be revealed today as well.

While there have been plenty of leaks over the last few weeks, that doesn’t mean we know all of Blizzard’s plans.

The latest rumours suggest that Overwatch 2 will be playable during BlizzCon 2019 and that means the game has to be further along than first thought.

Overwatch 2 is expected to contain some kind of single-player component or a multiplayer coop move that focuses on PvE.

This is the main thing missing from the original Overwatch, which hinges on big battle plays online.

Here’s what we know so far about the big BlizzCon 2019 event: “This year, everyone’s invited to watch the BlizzCon opening ceremony, all of the BlizzCon esports tournaments, and select developer panels—including the first four panels on the Mythic Stage immediately following the opening ceremony—completely free on BlizzCon.com and in the BlizzCon Mobile App.”

“Tune in early for a special BlizzCon pre-show at 10:30 a.m. PDT on Friday, and get ready for the opening ceremony live at 11 a.m. PDT.

“The opening ceremony will be simulcast on screens throughout the convention centre as well, so you’re sure to find a great seat wherever you are.

“If you want to get the most out of your BlizzCon home-viewing experience, you’ll need to pick up the BlizzCon 2019 Virtual Ticket, which comes with two full days of All-Access Channel content; complete coverage of all of the developer panels on the Mythic, Legendary, and Epic stages; the Community Night contests on Friday; and the live closing festivities on Saturday—plus a legendary cache of commemorative in-game extras. Check out the Virtual Ticket to get a closer look at this year’s loot.”