New Pokemon Snap is one of the best first-person shooters in recent years, and it’s right up there for me with Apex Legends and Doom Eternal as one of the genre’s brightest sparks. If you think a game needs a gun to be an FPS, then you’re sorely mistaken and need to broaden your horizons. You shoot a camera just as much as you do a gun, and in an alternate reality where Doom was a photography sim, we’d all be getting excited for Canon of Duty right about now, a game in which you are a war photographer trying to take the best shots of a fictional war-torn region. We’d all be waiting decades for a sequel to Pokemon Gun in this reality too I bet. New Pokemon Gun.

My gripes with genre names aside, I’m surprised there aren’t more first-person shooters with photography angles. Pokemon Snap was a revelation when I played it on the GameCube (it was ported) back in the day, and its modern iteration is one of the most fun Pokemon games I’ve played for years. That aside, Aotearoa indie Umurangi Generation is the only photography-focused FPS that comes to mind. You should play that, by the way, it’s excellent. But why do the majority of developers feel like you need a strong IP like Pokemon to make photography games work?

Penko Park doesn’t. It takes a lot of inspiration from the original Pokemon Snap, but also iterates on it in ways we can only appreciate after New Snap was released. Penko Park came out around six months before New Pokemon Snap, so it’s unlikely that the latter took any direct inspiration from it, but both made eerily similar updates to the classic Snap formula. And with Penko Park’s creepy vibes, those changes feel doubly disconcerting. 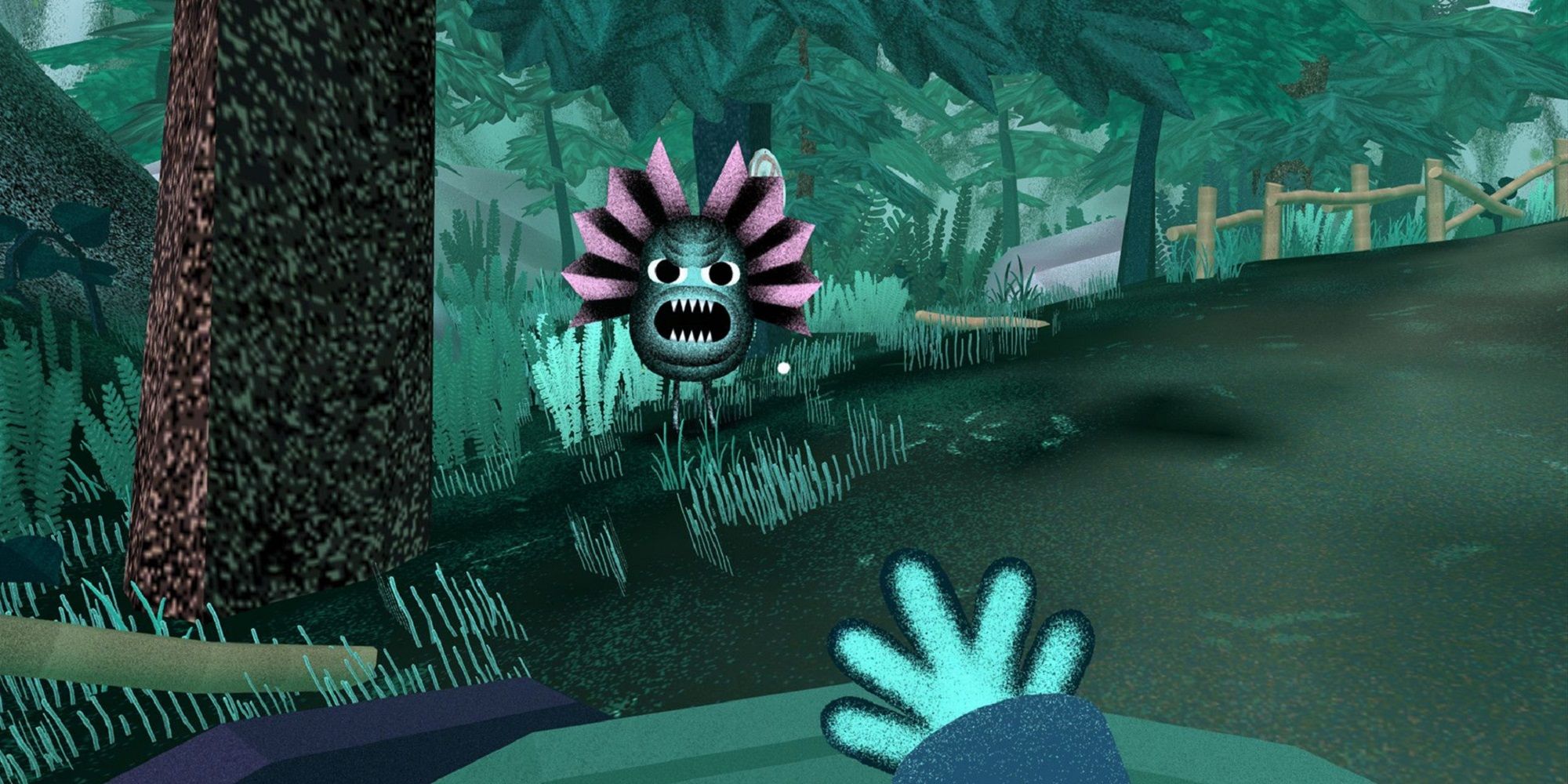 Developer Ghostbutter cites Studio Ghibli films, Japanese Yokai, and European Medieval illustrations as its main inspirations, and Princess Mononoke’s Kodama look like they’re practically torn from the film and sketched into the game. Many of the other monsters just embody the creepy vibes of the abandoned theme park, however, I can’t help but see Penko Park as a Tim Burton version of Pokemon Snap.

Burton is the master of the creepy, the undisputed king of Halloween. Frequent collaborations with Hollywood’s greatest goth (and his former wife) Helena Bonham Carter only furthers this eerie aesthetic, and films like Corpse Bride and Coraline are creepy classics that have come to define the Halloween season.

But let’s get back to the gaming. That’s what you’re here for, right? Otherwise you’d spend your time on TheTimBurtonFilmWatcher dot com and not TheGamer dot com. Well Penko Park feels like it could be behind one of the tree doors in Nightmare Before Christmas, if there was some kind of photography or theme park-based holiday. I’m sure someone celebrates National Photography Day every August. (Side note: in researching this article I became aware of the fact that National Rollercoaster Day occurs just three days before National Photography Day, on August 16 and 19 respectively. Clearly a match made in heaven.) 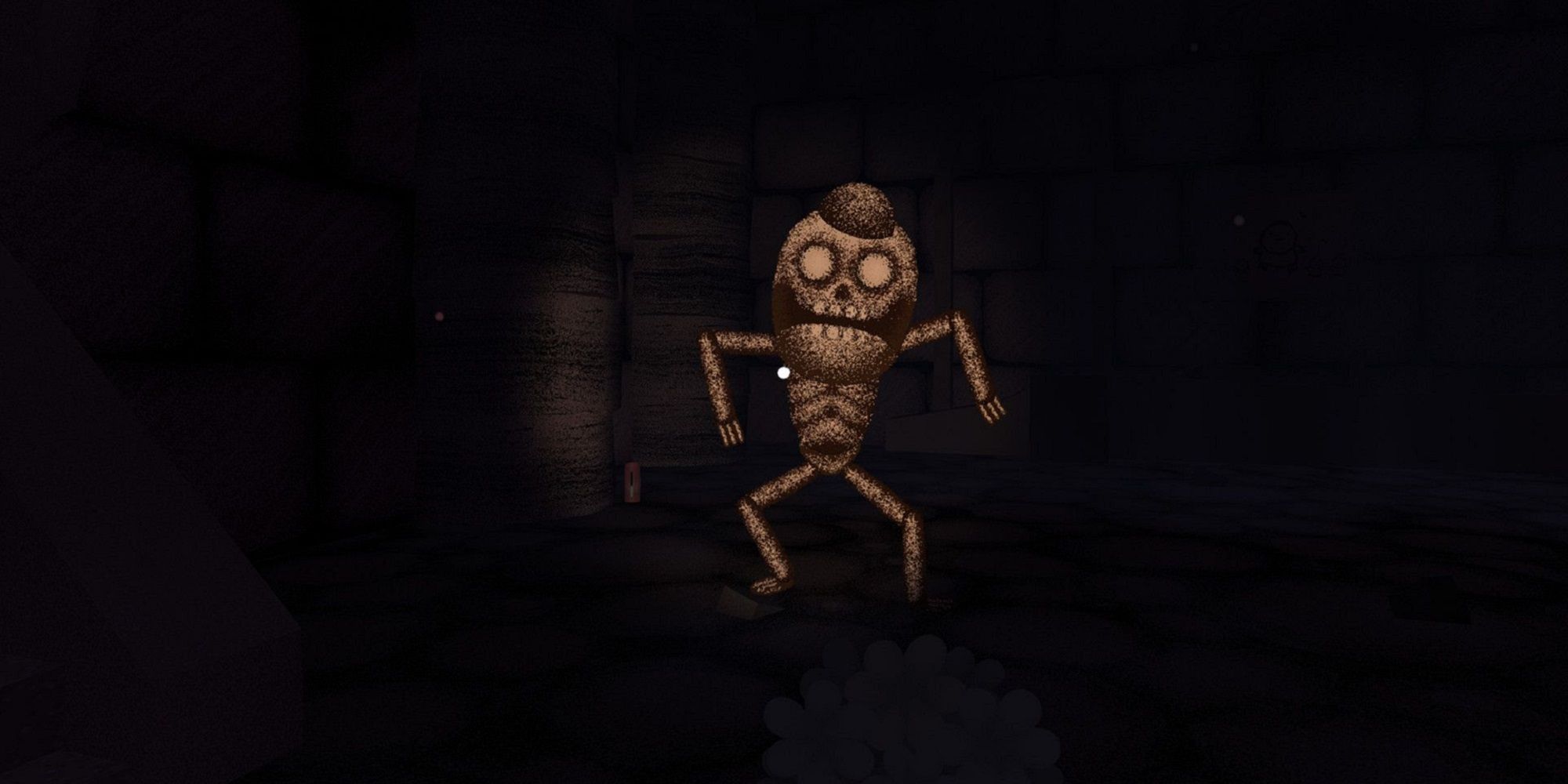 Anyway, Penko Park is a clever spin on the Pokemon Snap formula. By replicating many of the mechanics, from snapping the little critters, to the basic gameplay of on-rails shooting, but completely turning the vibe on its head, Penko Park feels familiar but new. It feels like something from the Snap canon, but that Nintendo would never greenlight. It’s Snap’s cancelled dark successor, the embarrassing sibling we don’t talk about, the Majora’s Mask of an otherwise fairly lighthearted series. It’s almost like playing an alternate universe New Snap, where Nintendo handed the reins to the sequel to Burton instead of Bandai Namco.

With this week’s Switch port making it more accessible than ever, you owe it to yourself to try out Snap’s gothic sibling, the one that Nintendo would prefer you didn’t bring up in conversations about photography FPS games. If nothing else, it’ll give you a right good spooking in time for Halloween.