According to Wikipedia, skateboarding was invented in California shortly after World War 2. Skateboarding’s popularity continued to grow into the ’60s and ’70s when it became so popular that actual skateparks emerged and a monthly magazine began circulation. Today, it’s a well-established subculture that has international recognition and will even be in the Tokyo Olympics in 2021 (hopefully, fingers crossed, etc).

But what if skateboarding was invented much earlier than the 20th century? Maybe, say, the ninth century? 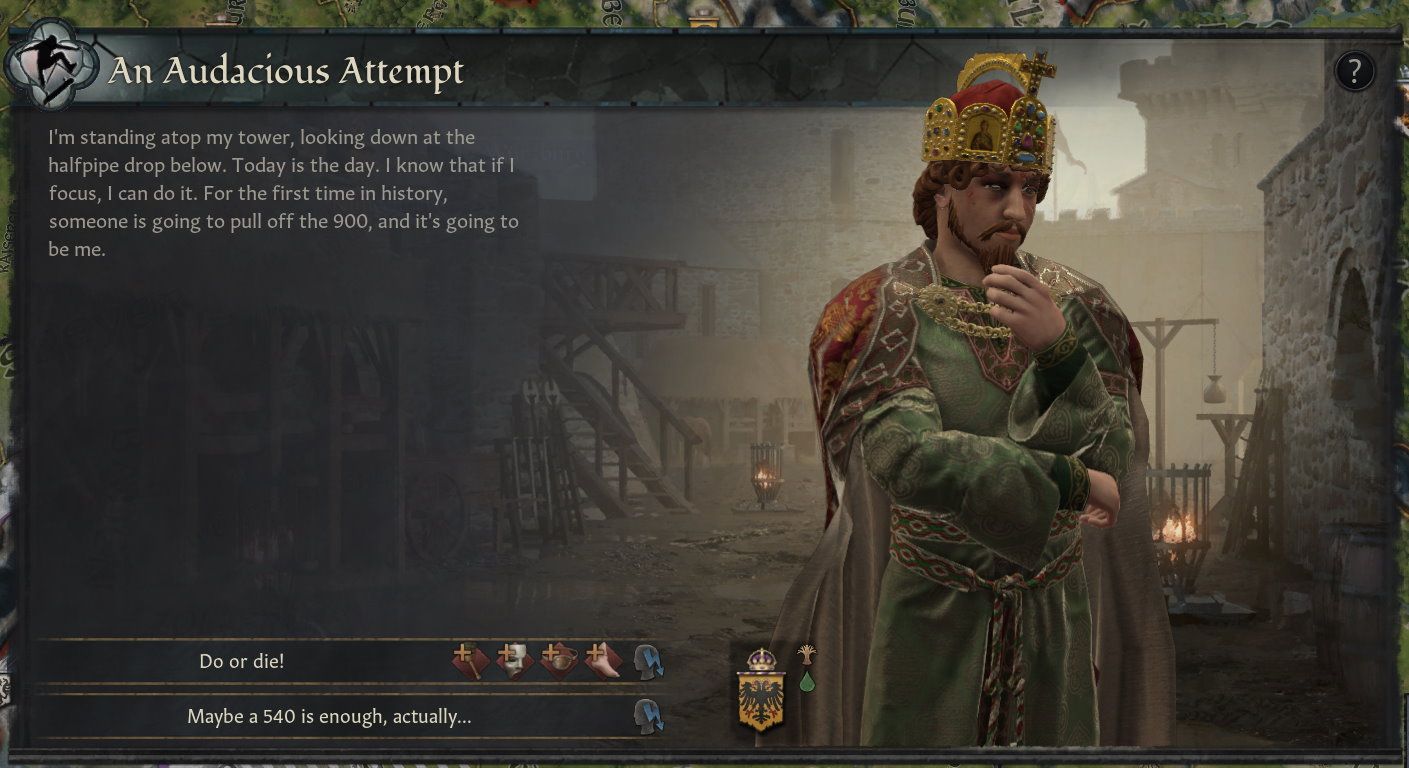 Sure, ballbearings, pressboard, and industrial lubricants hadn’t even been invented yet, but as the lord of the realm, there’s nobody to tell you to stop grinding that rail.

Tony Hawk’s Pro Crusaders 1+2 is a mashup mod that combines the skating found in the recently released Tony Hawk’s Pro Skater 1+2 remake and Crusader Kings 3. A more unlikely match simply cannot be found, but we’re here for it all the same.

Steam user Voffvoffhunden blames the incorrigible Gary for this mashup. ”My friend Gary couldn’t decide whether to play Tony Hawk or Crusader Kings 3, so I made this mod to help him out.”

Described as “possibly the most comprehensive skating mod for Crusader Kings 3,” the mod adds a new lifestyle trait for your ruler: Skater. Once you find your family’s old board, you’re overcome with wonder at its form and feel compelled to take it to skatepark that conveniently rests at the foot of the castle. There shall be no more crusades to the Holy Land, and instead, all battles will be settled at the half-pipe just as God intended. 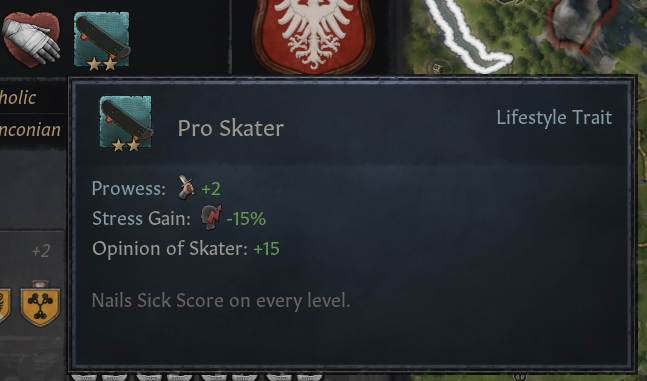 The mod also adds two dozen new skating-based events and even changes Genghis Khan into a Skate Legend. This has more benefit than it would appear as Skaters will never attack fellow Skaters.

Also note that this might not even be the weirdest mod to come for Crusader Kings 3. The Undress mod will reduce your dynasty’s attire to bare fig leaves.