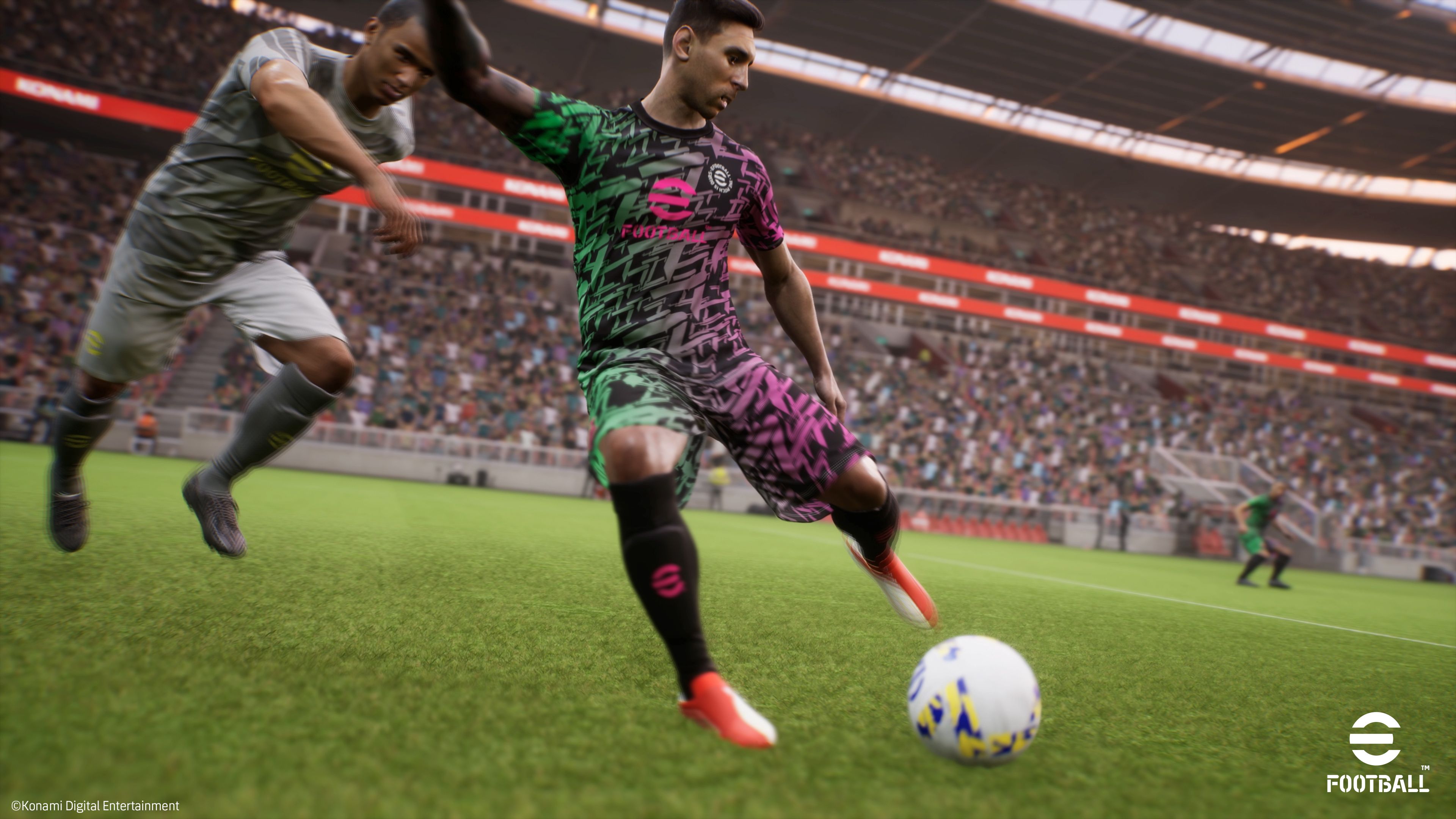 Konami has announced a release date for its eFootball live service game, with the first major update already scheduled for autumn.

Only a couple of months ago, Konami announced that its Pro Evolution Soccer series has been renamed eFootball, with this year’s entry to be a live service game that can be played for free. Now, Konami has confirmed a release date of September 30.

Specifically, it will release for the Xbox One, PlayStation 4, Xbox Series X/S, PlayStation 5, and PC, with Android and iOS versions to arrive later in the autumn alongside eFootball’s first major content update.

As a live service game, this means eFootball will launch with a limited amount of features and content. In terms of offline content, you can play against the AI or a friend, although only nine clubs will be available, as well as six stadiums for matches to take place in.

There will be online play, but this will also be limited to weekly online events, and you’ll only have access to pre-set teams. There will be cross-generation play (so, for example, PS4 and PS5 owners can play together), but cross-platform play between consoles and PC won’t be added until the first update.

According to Konami, this update (which it stresses will be free to download) will also come with a massive amount of content, including the option to build your own team (with over 600 licensed teams to start with), online lobbies, and the implementation of the game’s monetisation model.

Konami says that it will be designed to ‘ensure that all players can reach the same potential, regardless of how they acquire in-game items.’ It adds that there will be three different kinds of currency: coins, GP, and eFootball points. The latter two can be earned through gameplay, while coins are eFootball’s premium currency.

eFootball releases for Xbox One, PlayStation 4, Xbox Series X/S, PlayStation 5, and PC on September 30. Android and iOS releases are planned for later in the autumn.