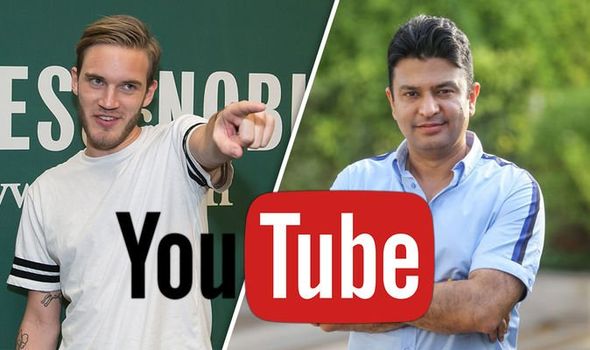 PewDiePie has raced ahead of his T-Series rival in the battle to get 100 million subscribers on YouTube.

PewDiePie briefly lost his crown as king of YouTube over the weekend, as Bollywood music channel T-Series became the most subscribed channel on the streaming service.

But after conceding defeat to T-Series in a video titled ‘Congratulations’, PewDiePie managed to regain the lead in a closely fought race on Monday, April 1.

As the battle for the biggest sub count rages on, it looks one clear winner has emerged.

With his sub count climbing to 92,890,310 at the time of writing, PewDiePie has stormed ahead of T-series.

Perhaps T-Series will claw back the numbers over the weekend, as the race to 100 million subscribers heats up.

Founded in 1983, T-Series is described as India’s largest Music Label and Movie Studio.

“T-Series is associated with music industry from past three decades, having ample catalogue of music comprising plenty of languages that covers the length & breadth of India,” reads the channel description.

“We believe after silence, nearest to expressing the inexpressible is Music. So, all the music lovers who believe in magic of music come join us and live the magic of music with T-Series.”

PewDiePie, on the other hand, became popular for his Let’s Play gaming videos. His videos have racked up a staggering 20 billion views on YouTube.