Warhammer 40,000: Chaos Gate – Daemonhunters released last week, and it's pretty good. We gave it a four out of five in our review, praising the XCOM-style gameplay, the sweet graphics, and the story, but Adam was a bit critical over the difficulty curve.

Other Warhammer 40K fans are criticizing the game's marketing. Specifically, the Twitch drops that allows players to obtain some in-game loot for watching affiliated Twitch streamers. As noted by PC Gamer, Warhammer 40,000: Chaos Gate – Daemonhunters received a wave of negative Steam reviews that actually caused it to receive a "mixed" rating, with many of those players complaining about the Twitch drops.

The Twitch drop itself was pretty standard for games these days. Players linked their game accounts with their Twitch accounts, watch a streamer for an hour or so, and then get rewarded with some in-game loot. In this case, the loot was mostly cosmetic upgrades over the game's starting equipment, although there were a few stat boosts as well. 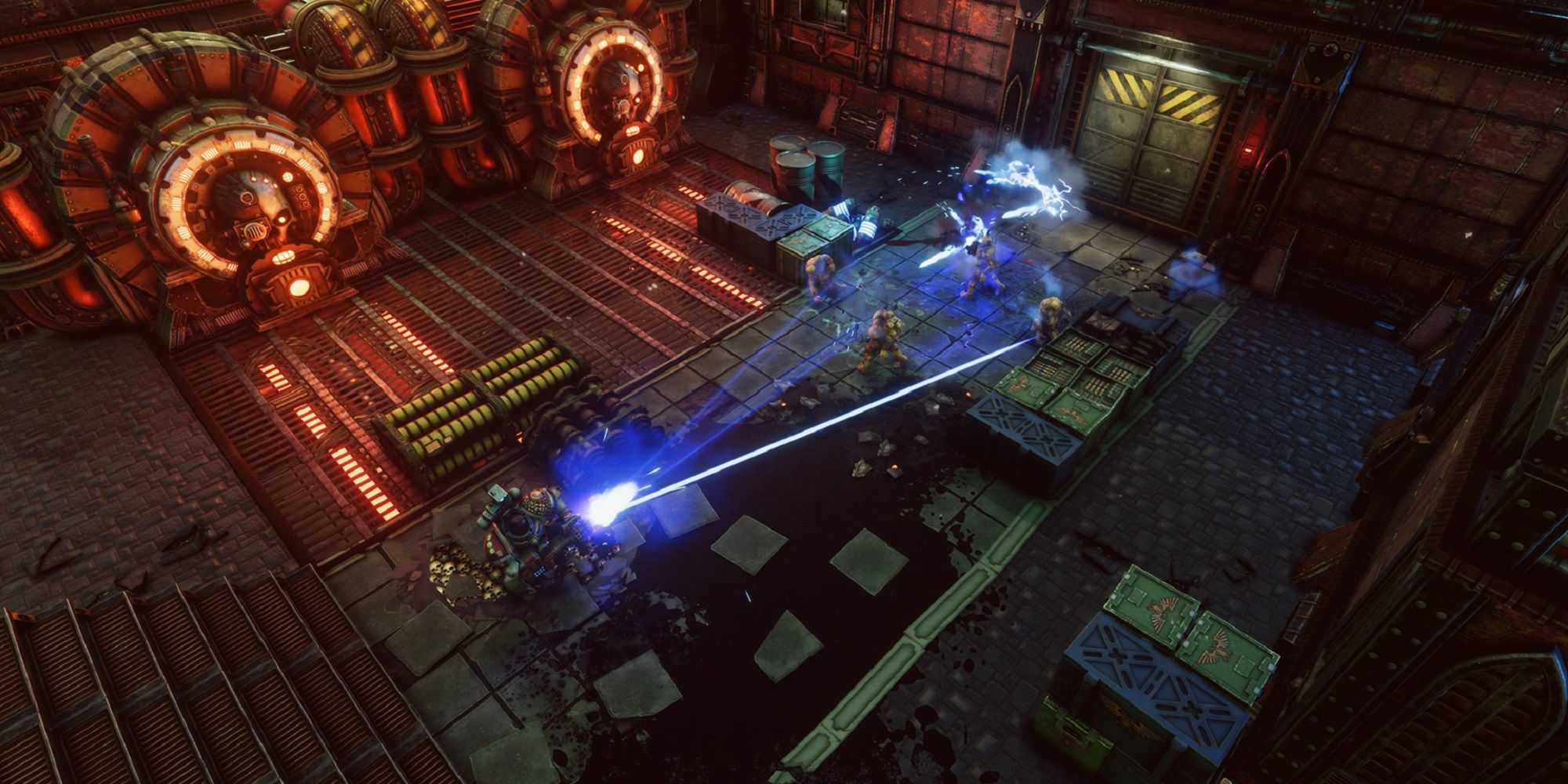 It seems that there were a lot of Chaos Gate players that wanted the Twitch loot but didn't want to actually watch Twitch streamers to get it. One post on the Steam community forums called it paying with your time “to act as marketing for the game by pushing viewership.” Others complained that the Twitch drops weren’t just cosmetic and could actually have a tangible effect on Chaos Gate’s early game.

Developer Complex Games has addressed these issues in a recent Steam post, apologizing for player frustration and promising to give all the Twitch drop items away in a future update.

"One of the areas we have noted is the frustrations around the various Twitch drop campaigns we ran around the launch of the game. Whilst the sole objective of these campaigns was to drive awareness, we understand many feel this locked in-game items away from them," Compex wrote. "This was certainly not our intention and we appreciate you sharing your thoughts on this. As such, we will make all items from every Twitch drop campaign available to players via one of our planned updates in May. We will confirm which update and exact date when this is finalised."

Another common complaint for Chaos Gate – Daemonhunters is performance issues. Complex plans to address those in future updates too. We also have some codes for some free in-game loot if you don't want to wait for Twitch.