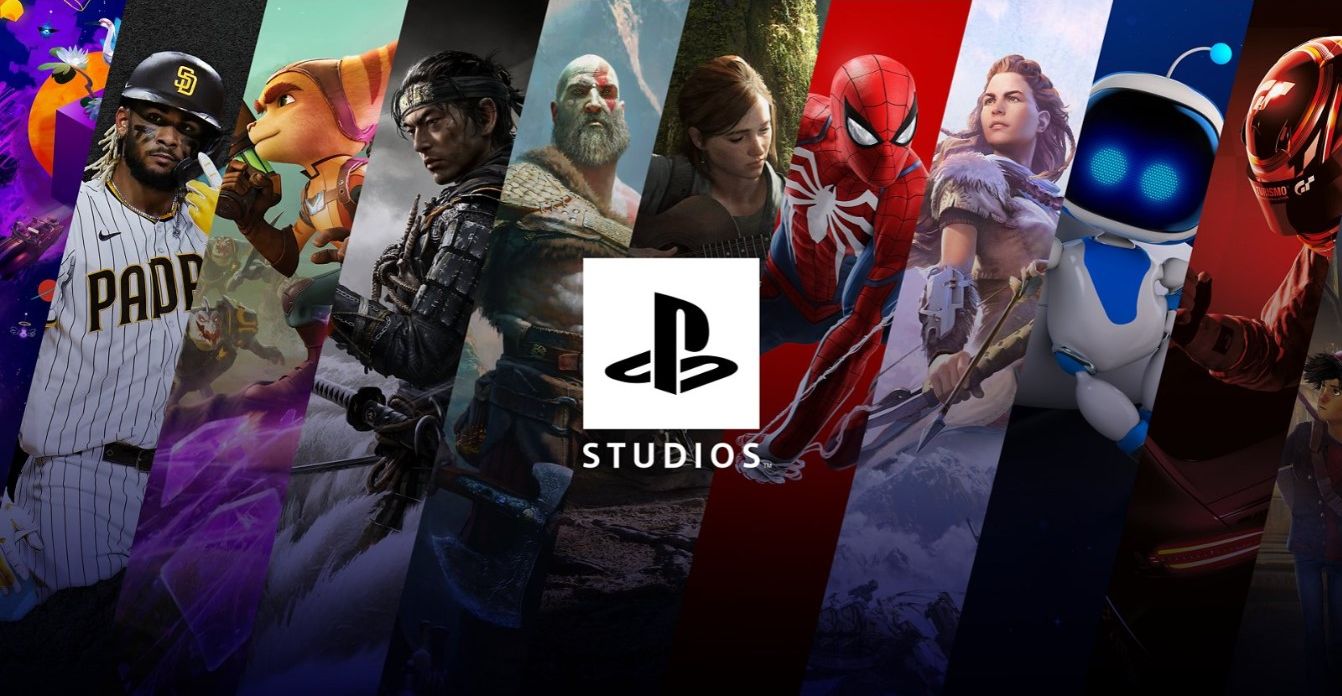 Sony is planning 10 live service games for the PS5 in the next few years but what are they likely to be and how will they work?

Following its acquisition of Bungie, Sony announced that it has plans to release 10 live services games for the PlayStation 5 by March 2026.

So far though, they’ve yet to formally reveal any of them. All we know is that one of them is the first game from Canadian studio Haven (which Sony acquired earlier this year) while another is in the works at Jetpack Interactive.

That second detail was only recently discovered thanks to – what else – job listings at the studio, which may provide a further hint at Sony’s approach to these live service games.

In case you didn’t know, Jetpack Interactive was responsible for the PC port of the 2018 God Of War game. It was that port’s success that seems to have led to Jetpack getting to work with another ‘prized’ PlayStation IP.

Both the listings for network engineer and rendering engineer read: ‘We are now working directly with Sony to develop one of its flagship IPs within its much anticipated live services games portfolio.’

Combined with rumours and what little we know of the company’s plans, it seems likely that a significant proportion of those 10 live service games will make use of already established properties.

So, let’s make some educated guesses about which modern IPs will see a live service spin-off and which obscure ones may see a revival.

The Last Of Us

A new Last Of Us multiplayer spin-off has been on the cards since before the second game launched. Originally The Last Of Us Part 2’s multiplayer mode, Naughty Dog decided to cut it out and turn it into a separate game.

Very little has been shared about it in the three years since, barring one piece of concept art, and that it will function similarly to the first game’s Factions mode.

It’s not been confirmed, but it seems pretty obvious that this has been repurposed into one of Sony’s live service games. Not just because it being a multiplayer title lends itself to free-to-play elements like microtransactions, but because The Last Of Us is clearly a huge priority for Sony. As evidenced by the full remake of the first game and the upcoming TV series.

Considering Sony has a Twisted Metal TV show in the works, it would be very strange for it not to have a new game on the way too, considering there hasn’t been one since 2012.

One was rumoured to be in development at Lucid Games, which did the Twisted Metal-esque Destruction AllStars, but it’s now believed to have changed hands to Firesprite Games.

A vehicular combat multiplayer series, Twisted Metal is an IP you could easily imagine with a battle pass and microtransactions, for new characters and skins for weapons and cars.

Gran Turismo 7 is so chock full of microtransactions that it may as well have been a live service to begin with, rather than be sold at £70.

Not to mention it’s only playable so long as you have an internet connection. Ergo, Gran Turismo 8 being completely free-to-play seems like the natural next step for the series. Which was also believed to be the plan for the next Forza Motorsport – although Microsoft may have changed their mind since its initial announcement, as they haven’t mentioned it in years.

While we’re on the subject of racing games, there’s the eternal question of whether anti-gravity racing series Wipeout will ever return. Not counting a mobile spin-off that released this year (not that anyone noticed), it hasn’t seen a proper release since the Omega Collection in 2017, and that was only remasters.

Although nothing’s guaranteed, there was speculation that Sony is thinking of reviving the original developer, Psygnosis, following its renewal of the studio’s trademark and logo.

This one may seem rather unlikely considering the series has predominately consisted of single-player adventures. The 2018 reboot and the upcoming God Of War Ragnarök, in particular, are so story driven that turning it into a live service game sounds next to impossible.

2013’s God Of War Ascension is the only entry in the series to feature multiplayer, consisting of multiple modes like capture the flag and a free-for-all deathmatch. It was also class-based, with your character’s powers and abilities changing depending on which of the four gods you pledged allegiance to.

With Santa Monica busy with the main God Of War experience, another studio could be tasked with updating Ascension’s multiplayer features for a new generation. In fact, perhaps that’s what Jetpack Interactive are working on, since they already have experience with the franchise.

While it would no doubt make use of the series’ current Norse setting and aesthetic, it could also attract fans of the original games by adding the classic Grecian elements in terms of maps, weapons, skins, etc.

If the game were to run for long enough, Sony could even add other mythologies that the main series might not get round to in full.

Considering Sony seems to have little interest in doing anything with the series in terms of traditional games, a live service Ape Escape may be more likely.

The mainline games never featured any multiplayer elements, but a pseudo battle royale where you compete to capture the most apes would be an interesting take and at least retain the core gameplay of the originals.

Or Sony could play things much safer with a Fall Guys like party game, where you take control of the apes, to compete in goofy mini-games. There are plenty of Ape Escape party games already, some of which made use of accessories like the PlayStation Move.

That example could easily work for Astro Bot as well, given the character’s marketability and potential to make the whole thing another treasure trove of PlayStation nostalgia.

Sony has hinted at further Astro Bot games, though the only one known to be in development is a new platformer.

Both the Horizon games may be single-player only adventures, but we could see Sony commission Guerrilla Games or another studio to make a multiplayer spin-off.

The setting is already varied enough to make multiple maps for team-based gameplay. There are multiple tribes with different lifestyles, so there could easily be a class system for characters.

The machines that populate the land could add a PvE element, and one such mode could even involve hunting down specific machines before the enemy team does.

Fans are likely more eager for a third game, to continue the story after Horizon Forbidden West, but a live service multiplayer game could help fill the gap and attract a new audience, especially if it’s free.

Some may argue that if Guerrilla was to make a multiplayer live service game, then it should return to the Killzone series. However, Sony’s decision to retire the series’ website last year suggests it has little interest in continuing it.

The same can also be said for Insomniac’s Resistance, Sucker Punch’s Infamous, and Sony Bend’s Syphon Filter. All three have featured multiplayer modes, but their respective studios have zero interest in revisiting these IPs and Sony hasn’t shown any enthusiasm for them either.

In case you’ve never heard of it, SOCOM was a series of tactical shooters and one of Sony’s first efforts at online multiplayer on the PlayStation 2.

It was popular enough at the time to spawn 10 entries in total, spanning the PlayStation 2, 3, and PSP. The series appeared to die in 2012, when its developer, Zippo Interactive, was shut down by Sony.

With other tactical shooters like Counter-Strike: Global Offensive and Rainbow Six Siege being more popular than ever, and cultivating their own esports scenes, perhaps Sony will remember it has one of its own, and retrieve SCOM from down the side of the sofa.

Particularly popular in the US, it’s only a surprise that SOCOM hasn’t returned before now, but it does seem especially well suited to the live service model.

Another rather obscure multiplayer IP of Sony’s, Warhawk was a vehicular combat game that worked a bit like a cross between Battlefield and Twisted Metal.

Originally a straight action game for the original PlayStation, it was reimagined as a multiplayer game in 2007 and got a pseudo-sequel in 2013’s Starhawk. However, it was never the successful and the franchise hasn’t been mentioned since.

Considering the multiplayer functionality was the best part of the series, it’d make sense for Sony to try what it did in 2007 again, only with more modern features and graphics.

Warhawk lends itself well to the usual online multiplayer live service hallmarks, and it being free-to-play would mean newcomers would be more willing to take a risk on it.

Although Uncharted 4: A Thief’s End felt like a definitive end to the series, it’s difficult to imagine Sony retiring such a financially lucrative series. Naughty Dog itself has suggested it’s eager to return to it, and a new game seems even more likely following the box office success of the Uncharted movie.

A new single-player game is the most likely scenario for an Uncharted 5 but who’s to say Sony won’t want to take the series’ multiplayer mode and expand it into a separate game?

We’re already seeing it happen with The Last Of Us and Uncharted 4 featured a variety of game modes beyond the typical team deathmatch, such as needing to obtain a number of hidden idols before the opposing team.

Perhaps the new Uncharted project that Sony Bend was working on was meant to be such a multiplayer spin-off. It wound up being cancelled, but Sony could always revive it at another studio while Naughty Dog is busy with The Last Of Us one.

Sony likely wants its live service titles to be as varied as possible, so a few of them are probably mainstream party games, of the sort that the PlayStation 2 used to specialise in.

Buzz! hasn’t seen a new entry since 2010, but having something akin to Microsoft’s 1 Vs 100 trivia game (which itself is rumoured to be seeing a revival) could work well.

SingStar is another perfect fit for the live service formula. In fact, Sony attempted something just like that in 2012, when it made the game free-to-play and added new songs as paid DLC.

Turning the PlayStation 5 into a karaoke machine and giving players access to an expansive, ever updating library of songs could prove popular with almost anyone.

Especially if you include the various EyeToy titles, which made use of the PlayStation 2’s webcam, some of Sony’s most popular games used to be family-friendly party titles and it wouldn’t be at all surprising if they tried to revive those concepts for modern live service games.