There are now over 1,000 Pokemon. Catching ‘em all has never been more difficult. Or, at least, it would be if we had a National ‘Dex in the modern games. I’m not getting into that whole debate again (Dexit was a good decision, fight me), but if you’re trying to get yourself a full living ‘Dex in Pokemon Home or something, you’ve got your work cut out. Arceus help those of you trying to catch every form of Pokemon on top of the 1,008 monsters already out there – the God Pokemon itself has 18 forms, let alone the likes of Vivillon, which has 20, all dependent on your IRL region when you catch it. Alcremie has 63.

But we’re not here to examine how many forms of Pokemon there are (about 1,522 counting gender differences but not shinies or costumed Pokemon), we’re here to discuss the one thousandth Pokemon. After much speculation, it was finally confirmed last week, thanks to datamining and confirmation from the forthcoming Scarlet & Violet TCG, that Gholdengo is Pokemon 1,000. How do we feel about that? Initially, I’m unsure.

Gholdengo is the cheese string Pokemon. You know the one, weird gold lad with the funny hair that was a right pain to evolve? Yeah, that’s the one. The one thousandth Pokemon. The big one. The prestigious spot goes to some weirdo with an as-of-yet unclear Pokemon Go crossover? It sounds about right, based on Pokemon’s previous form. 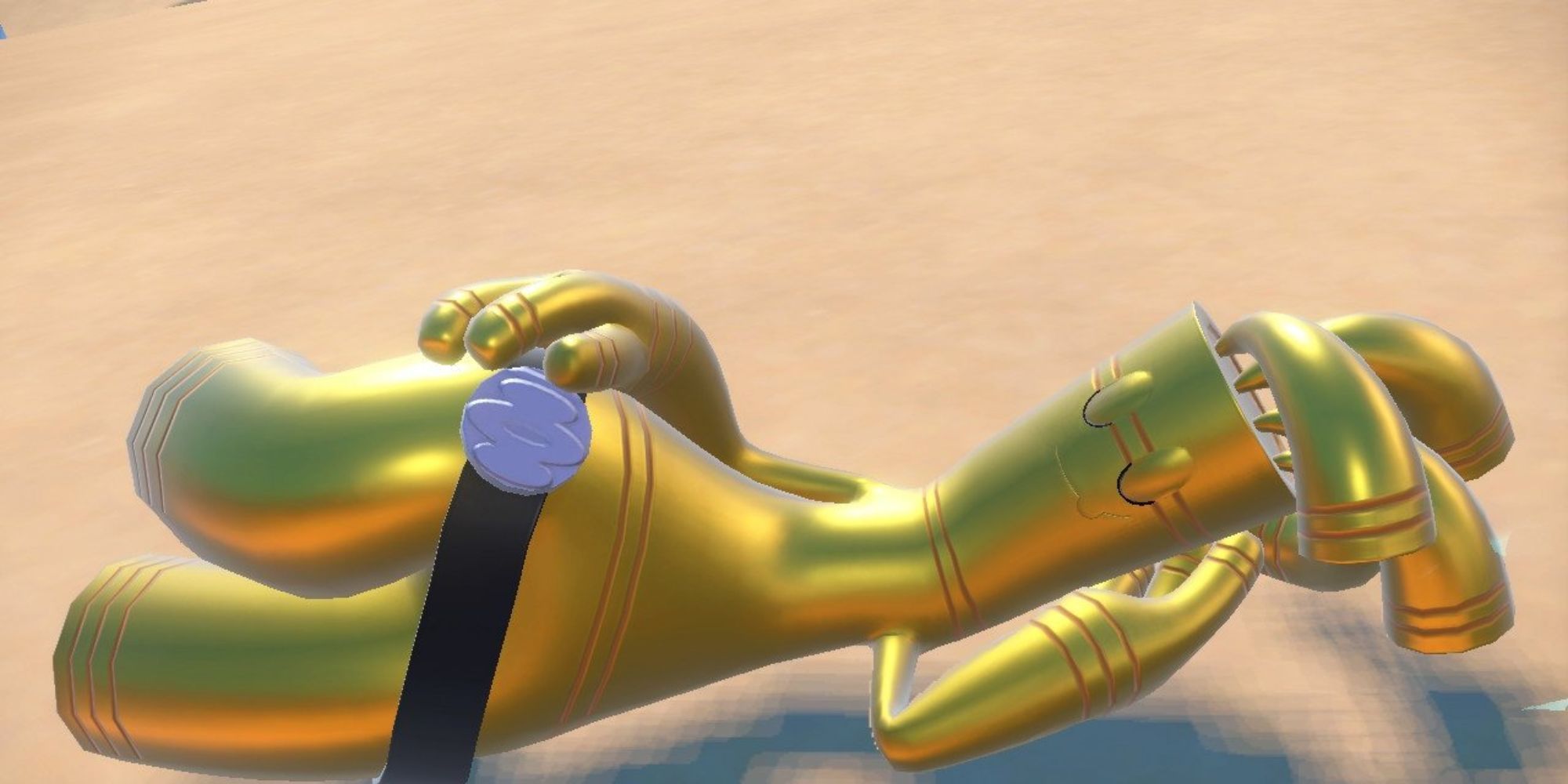 Pokemon #100 is Voltorb. It seems like a weird choice until you learn the myth it was based on: tsukumogami are household objects that gain sentience after a century of use. Does that explain Klefki and Trubbish too? Perhaps, but we’re getting off-topic again. Pokemon #500 is Emboar. What? I get that the starters have to come first in any Pokedex, but Game Freak or The Pokemon Company or whoever decides this kind of thing really should have had the forethought not to end the Sinnoh ‘dex on #493. Pokemon #666 is Vivillon, the least devilish Pokemon I’ve ever seen, unless you’re trying to catch all 20 forms, I guess. It’s not even a Dark-type! And because I know you’re all going to look it up anyway, Pokemon #69 is Bellsprout. Don’t say a word.

What I’m saying is, Pokemon clearly puts far less stock in these things than fans do. That said, as a fan myself, I’m going to take this far too seriously and judge exactly whether Gholdengo deserves the #1,000 spot over, say, a Legendary, pseudo, or Paradox ‘mon.

First off, the design. We’ve touched on this earlier, but it looks like a golden cheese string. You can’t see anything else. It looks like it should be the prize at a cheese string eating competition, if those were a thing. That being said, when you launch it in Let’s Go mode while surfing, it gets a little surfboard to ride the waves. All other Pokemon either swim, fly, or float on a generic balloon thing, so that’s pretty cool. Does it make up for its cheesy head? Not in the slightest. 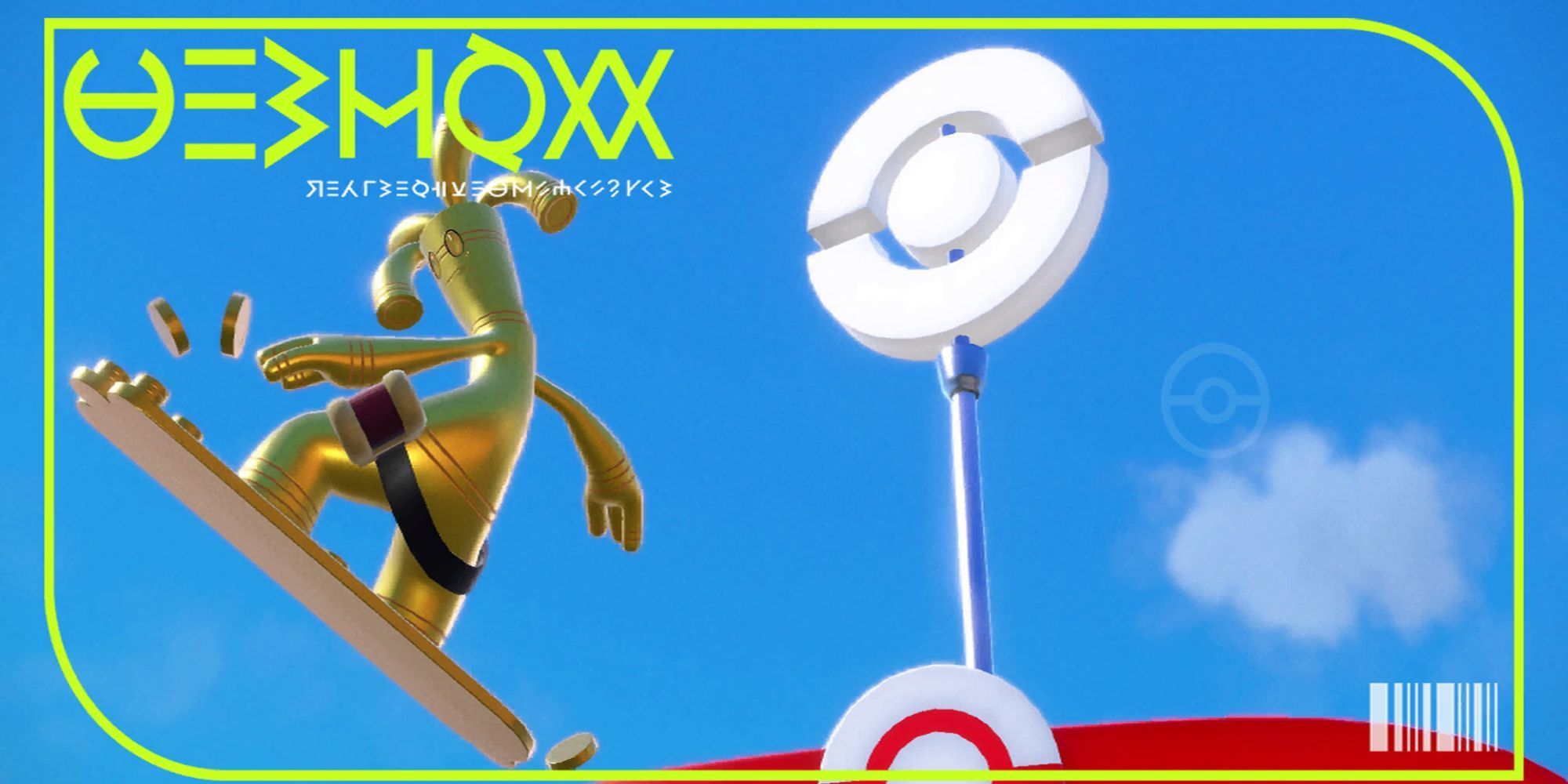 Then there’s the gimmick, Gimmighoul’s painful evolution method. While Gimmighoul’s whole mimic thing is pretty fun, collecting 999 coins is decidedly not. 1,000 coins for the 1,000th Pokemon would be equal parts apt and annoying, but it’s 999. And it’s not even explained why Gholdengo likes coins so much? A treasure chest wanting coins, or granting them to you, makes sense. A surfing cheese string wanting coins? What?

Gholdengo is a very good Pokemon though, when we approach it from a competitive standpoint. Nearly every team you face on the ranked ladder will utilise it, thanks to its high Special Attack, decent Speed, and incredible signature move, Make It Rain. Make It Rain is a Steel-type move with 120 base power that hits both opponents and then lowers Gholdengo’s Special Attack by one stage. With STAB that’s 180 power, and Tera-Steel Gholdengo hits both foes for a massive 240 damage. It’s seriously brutal, and it’s no wonder why it’s seeing so much use. Does this make it worthy of being Pokemon #1,000, though? Probably not alone.

Pokemon #1,000 should be reserved for a mascot Pokemon, or at least something iconic – a powerful third Legendary that unites Koraidon and Miraidon, perhaps, or the master of the Paradox Pokemon. Gholdengo feels a little pointless, like it was shoved in there to match its coin gimmick or something. The fact it’s not a pseudo Legendary but is still slotted in after the Paradox Pokemon makes it feel so forced. It’s a poor choice, but when you start to think about it, it represents modern Pokemon perfectly. 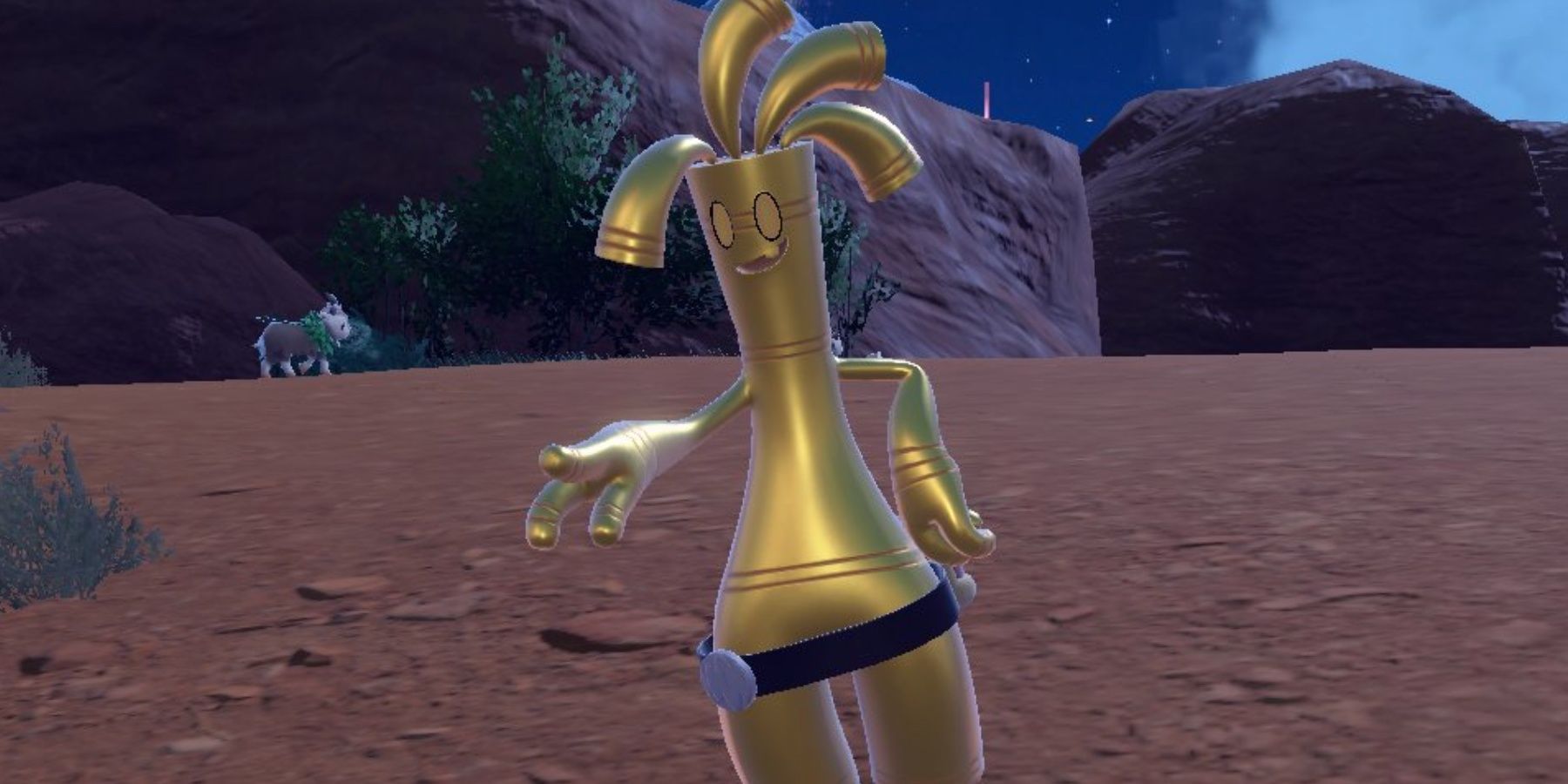 Gholdengo is all about the money. You need 999 coins to get it in the first place, and its signature move does the Meowth/Amulet Coin thing of increasing your winnings from battle. And, if we’re serious, that’s what modern Pokemon is all about. Protagonists and rivals are getting richer, but the franchise is earning more money than ever, too. Pokemon is a worldwide brand that goes far beyond the games, and has reached the point where even the biggest tournaments are more merchandising opportunities than esports events.

There are too many Pokemon games these days, which results in subpar entries riddled with bugs. But, from the publisher’s perspective, Scarlet & Violet broke all sales records, so why would they slow up? Gone are the days where you’d wait years for the next Pokemon game, now we’re expected to set aside a hundred quid a year for new games. And we do it. It might be nostalgia or the fact that no monster catching clone comes close, but we lap it up. I didn’t cancel my Pokemon Violet preorder after reading bad reviews, and the sales figures suggest nobody else did either. I did for The Callisto Protocol, but wouldn’t dream of it for Pokemon.

Pokemon is about the money now, and there’s nothing we can do to stop it at this point. Because of that, Gholdengo might not be the Pokemon we want as #1,000, but it’s the Pokemon the series deserves in such an iconic position. It’s a weird choice, but like it or not, it’s an appropriate one.