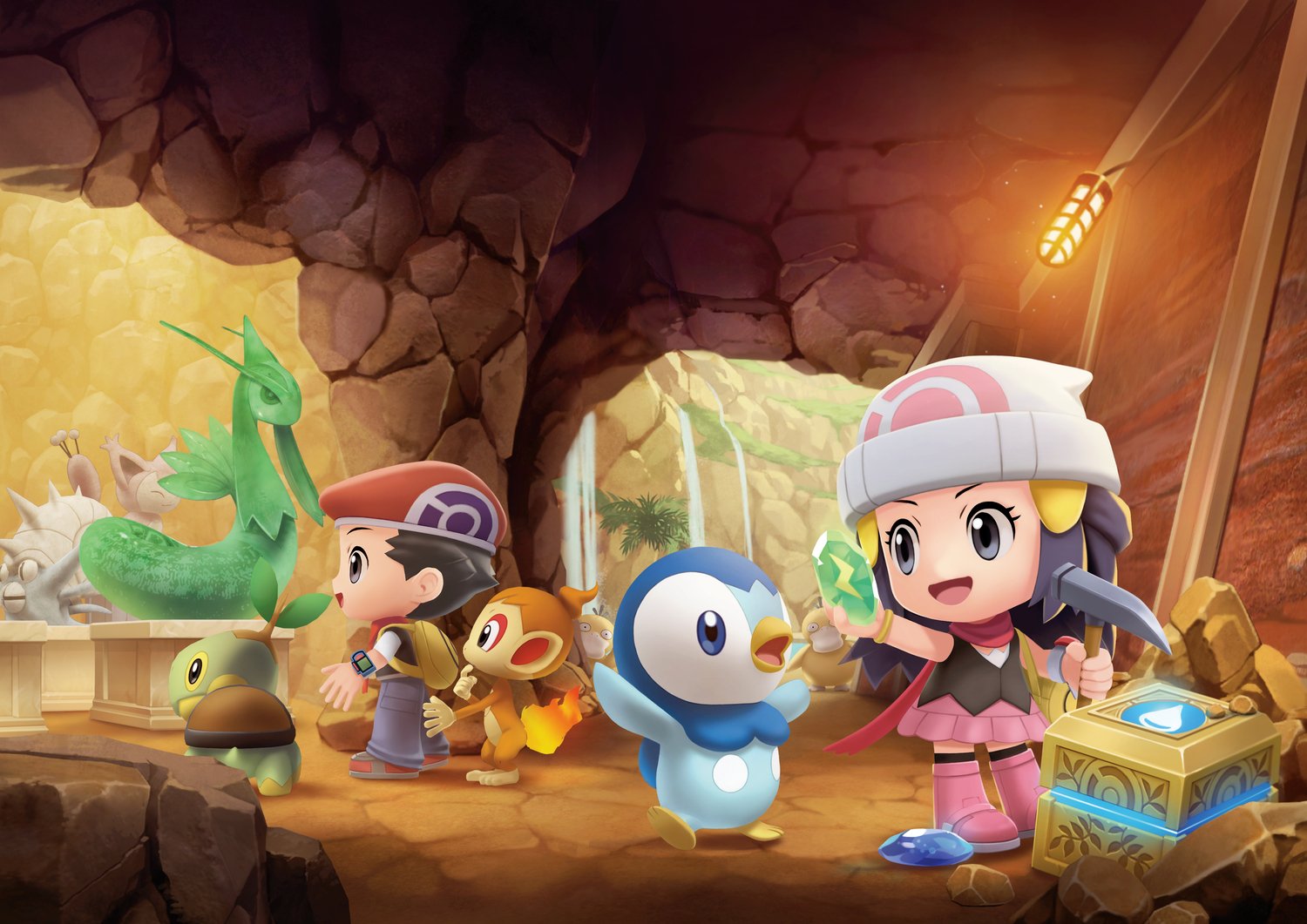 The remake of Pokémon Diamond and Pearl is the new UK number one and the second-biggest launch of the year – ahead of Call Of Duty.

2021 has not been a good year for Call Of Duty. As the controversy over toxic work conditions continues to erode Activision’s reputation, this year’s Call Of Duty: Vanguard became the slowest selling game in the franchise since 2007’s Call Of Duty 4.

Now it has suffered an additional indignity: not only did it get thrown off the number one spot after just two weeks, by Pokémon Brilliant Diamond and Shining Pearl, but the Nintendo Switch titles beat its first week sales, making the remake(s) the second fastest seller of the year so far.

FIFA is usually the biggest seller, as is the case this year, but occasionally Call Of Duty can beat it. It didn’t come close this year though and while a new Rockstar release is usually the only thing more popular than football the physical releases of GTA: The Trilogy: The Definitive Edition have been delayed until December 7.

The only possible excuse is that Vanguard is likely to have a higher percentage of digital sales than a Nintendo Switch game, but even so this is pretty humiliating – especially as they’re only remakes, and ones that are highly unpopular with a significant number of Pokémon fans.

Thanks to the pandemic it’s been a slow year for Nintendo first party releases, with Brilliant Diamond and Shining Pearl only needing to beat remaster Super Mario 3D World + Bowser’s Fury to become the fastest selling Nintendo Switch game of 2021.

Even so, Brilliant Diamond and Shining Pearl are down only 26% on mainline entry Sword and Shield, which went on to become the fourth biggest seller on the Switch, and 13% more than fellow remake Pokémon: Let’s Go, Pikachu! and Eevee!

Although Pokémon has taken advantage of Call Of Duty’s problems, arch rival Battlefield has failed to do so, with sales of Battlefield 2042 down 59% on 2018’s Battlefield 5.

The rise in digital sales over the last three years means that drop is not as significant as it seems, and may even be an increase overall, but it doesn’t seem to have been enough to put it ahead of Call Of Duty, especially as Battlefield 2042 has also been heavily criticised by fans.

Elsewhere in the charts, the rise of Marvel’s Spider-Man: Miles Morales signals, as usual, the fact that the PlayStation 5 console has been back in stock recently, with the next gen version of the game accounting for 82% of sales.

Meanwhile, Just Cause 2022 has overcome a subdued launch to break into the top 10, after featuring heavily in pre-Black Friday sales – along with Riders Republic at number 14 and Assassin’s Creed Valhalla at number 15.

Finally, Forza Horizon 5 had a drop in sales of 56%, falling as far as number 16 in its second week, although it’s availability on Game Pass means it’s operating under different rules compared to most other games in the chart.

Jurassic World Evolution 2 has no such qualification and it fell all the way to number 23, with a 66% drop in sales in its second week. Although that was nothing compared to Shin Megami Tensei 5, which dropped out of the top 40 entirely after just one week.