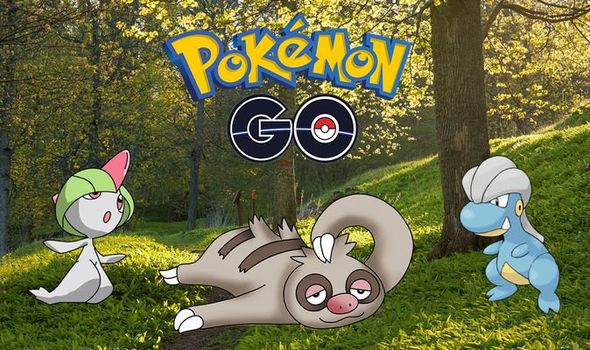 Pokemon Go fans are waiting for details about the April 2019 Community Day event.

The April 2019 Community Day event is tipped to take place on the weekend of April 13/14. This would avoid any potential clash with Easter weekend.

But what fans really want to know is which Pokemon will take centre stage during the next Community Day event.

In a new post on Reddit, hardcore Pokemon Go fans have been making predictions for the next Community Day contender.

The overwhelming majority of fans think that Psychic/Fairy Pokemon Ralts will star in the next Community Day event.

This goes all the way back to a leaked post from last year, which suggested Ralts was expected to star soon.

Another Pokemon tipped to appear soon is Slakoth. This would be ideal if you haven’t got a Vigoroth or Slaking.

Bagon would also be a welcome addition to the Community Day lineup, especially with Salamence proving such a powerful Pokemon.

Trapinch and Rhyhorn have would also make sense, alongside Gen 4 starter Pokemon like Turtwig, Chimchar and Piplup.

Niantic should make an official announcement later this week, so stay tuned for more information.

If you evolve a Pokemon into its most powerful form during Community Day hours, it will know an exclusive special move.

Lures last for the full three hours of the event, and there’s usually a separate bonus like reduced hatch distances and bonus XP.

If you’re really lucky, you might event catch a brand new Shiny Pokemon.