Pokemon Masters EX's Battle Villa challenges you to 30 floors of increasingly difficult battles, including a 3v9 every five floors. Your Sync Pairs will not regain health or abilities after each battle, requiring careful management to keep them in good shape for later.

Thoughtful team selection is vital to earn the Unstoppable Challenger medal, which requires you to clear the Battle Villa without using a Full Recovery, relying on the services of up to nine Sync Pairs. Battle Villa demands units that can sustain their strength across battles, making Sync Pairs that require temporary buffs each battle far less useful. 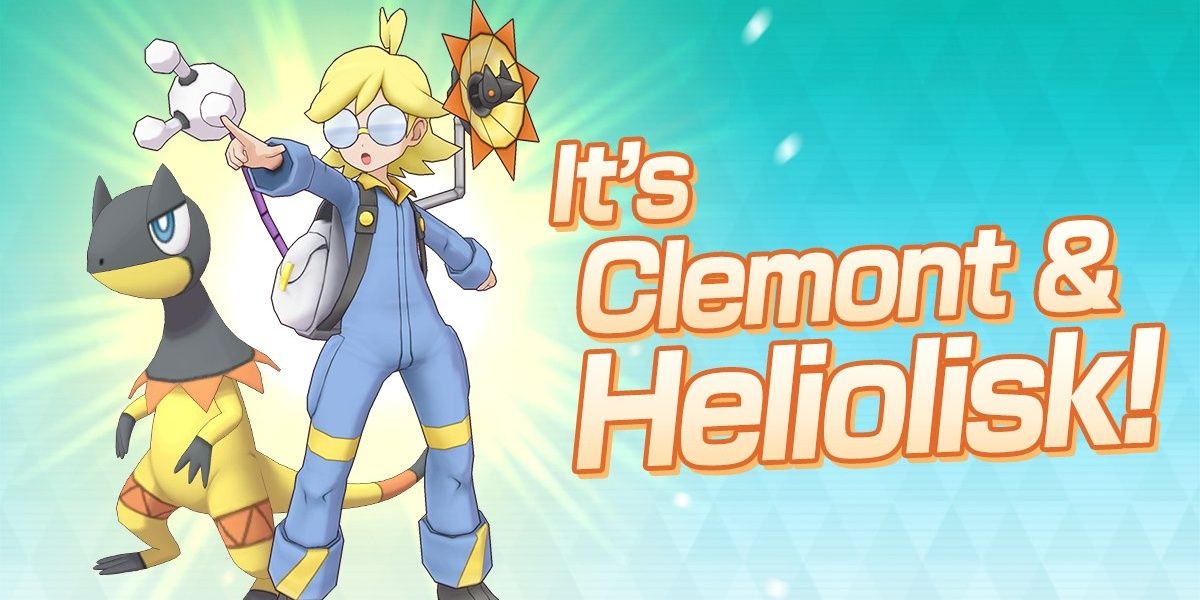 Clemont debuted as one of the best units for Battle Villa, and he continues to fill this niche. Clemont's kit focuses on debuffing and leeching health from opponents, relying heavily on his grid to provide the self-buffs and sustainability required to function.

Clemont's Electroweb drops enemy Speed while Mud-Slap lowers Accuracy and raises Clemont's Special Attack via his Ramp Up grid tile. His main source of damage comes via Parabolic Charge, a Special move that targets all opponents and transfers a portion of their lost health back to Heliolisk, enabling his vampire-like life-drain and making him a great option to slot into your team for earlier battles. 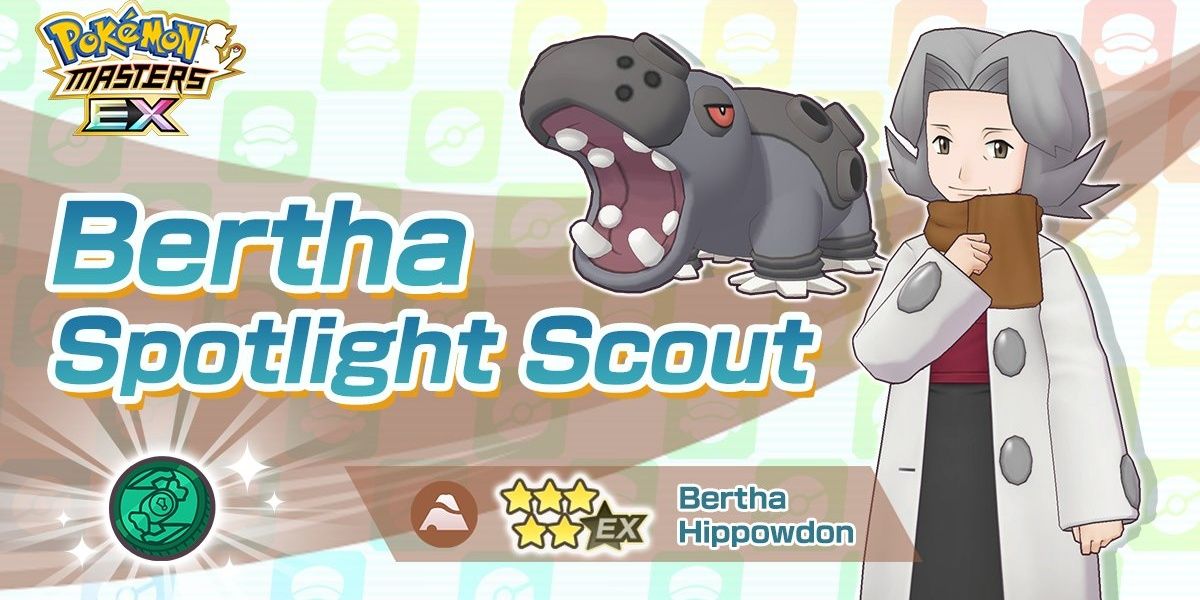 The first Sync Pair to set Sandstorm upon entry, Hippowdon immediately filled an important niche that can be used to great success in Battle Villa. Bertha offers a triumvirate of chip damage in the form of Sandstorm, Stealth Rock, and Sand Tomb, each of which causes a small amount of damage to each affected opponent.

Bertha is also an excellent teammate for Clemont, enabling Sands of Time 2 and Surging Sands 5 tiles in his grid to improve damage as you defeat opponents in true death-by-a-thousand-cuts style. Bertha is an excellent and sustainable teammate that, when combined with Clemont will give you an excellent core that should blast through the first half of Battle Villa. 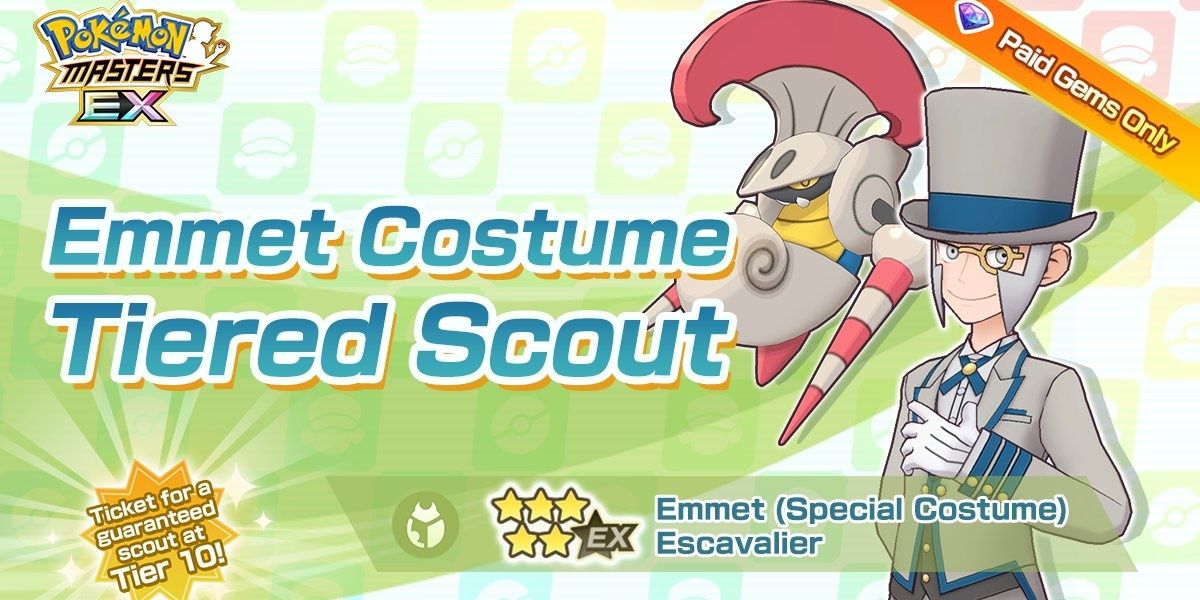 Emmet & Escavalier are a quintessential Battle Villa unit, as Iron Defense and Swords Dance offer reusable Attack and Defense buffing to guarantee survival while dealing massive damage to even off-type opponents. Emmet also raises his own Critical Rate, rounding out the necessary buffs to get him firing on all cylinders.

While Emmet functions incredibly well alone, his major drawback is requiring Ingo & Accelegor in order to reach his damage potential and activate his Sync Move multipliers. Despite this, Escavalier is still a wonderful option to tear through Battle Villa with his mammoth Megahorn. Invest in his grid to accelerate his setup from six turns to four, and you should be clearing the Villa in no time. 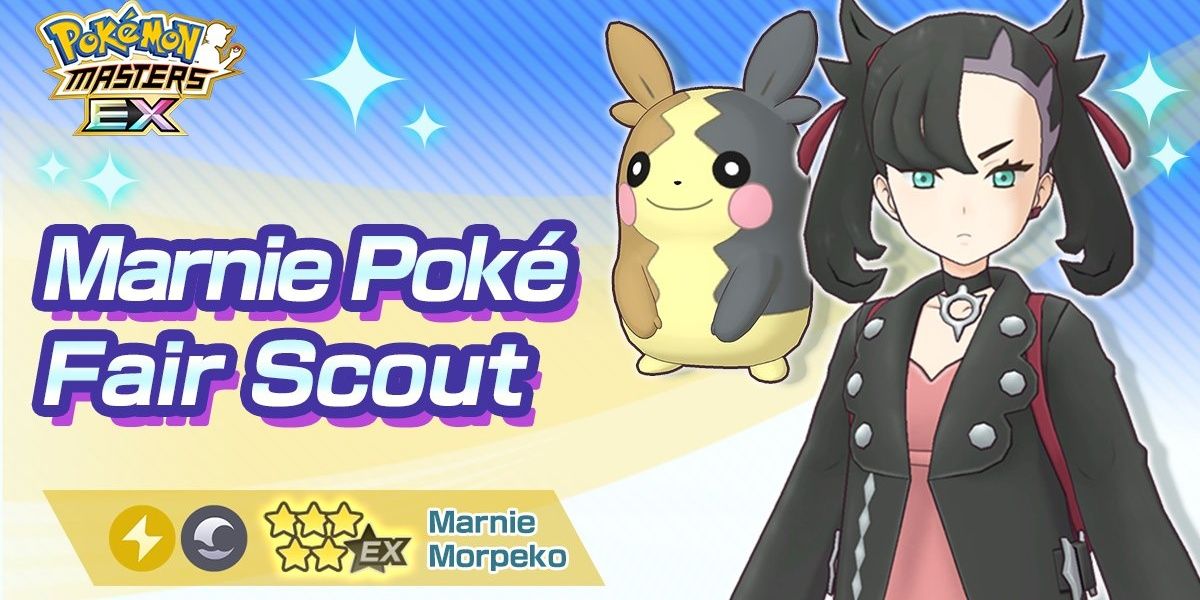 This versatile Electric mouse offers one of the best kits in the game for Battle Villa due to its excellent Dark-type move, Power Trip. Power Trip increases in power the more Marnie's stats are raised, soaring to unparalleled damage heights for a two gauge move. Aura Wheel will raise Morpeko's Speed to complement Marnie's Trainer Move (which raises Attack by the same amount as Speed is raised) perfectly.

Despite requiring a myriad of buffs and usage of her Trainer Move, Marnie's MP Rekindle 2 grid tile gives a 30 percent chance to refresh her Trainer Move every time she attacks. This alone makes Marnie an incredible unit for Villa, as she can utilize her full arsenal of buffs without worrying about saving uses for later.

6 SS Blue & Blastoise, What Hits You Makes You Stronger 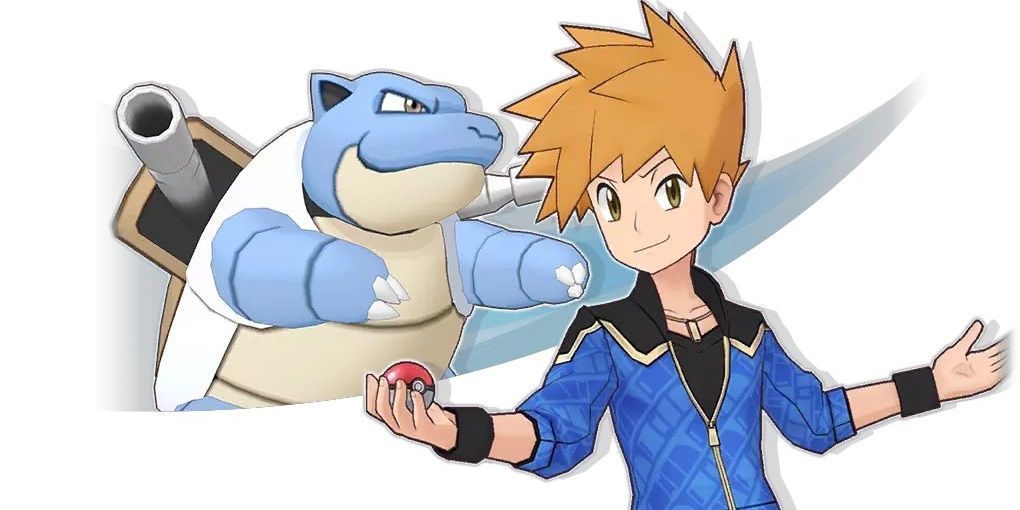 Blue and Blastoise are generally one of the best Supports, but they shine especially bright in Battle Villa. Blastoise offers one of the best passive buffing kits in the game, giving a guaranteed boost to Attack, Special Attack, or both each time it is hit by an attack and a 50 percent chance to boost Special Defense when it attacks.

Blastoise also offers healing passives in Team Fist Bump 2 and Team Triage Tank 2, which have a 30 percent chance to restore health when Blastoise attacks or is hit by an attack, respectively. Combine these qualities with excellent Defenses and a long list of useful grid tiles to suit your needs, and it's clear why Blastoise never disappoints. 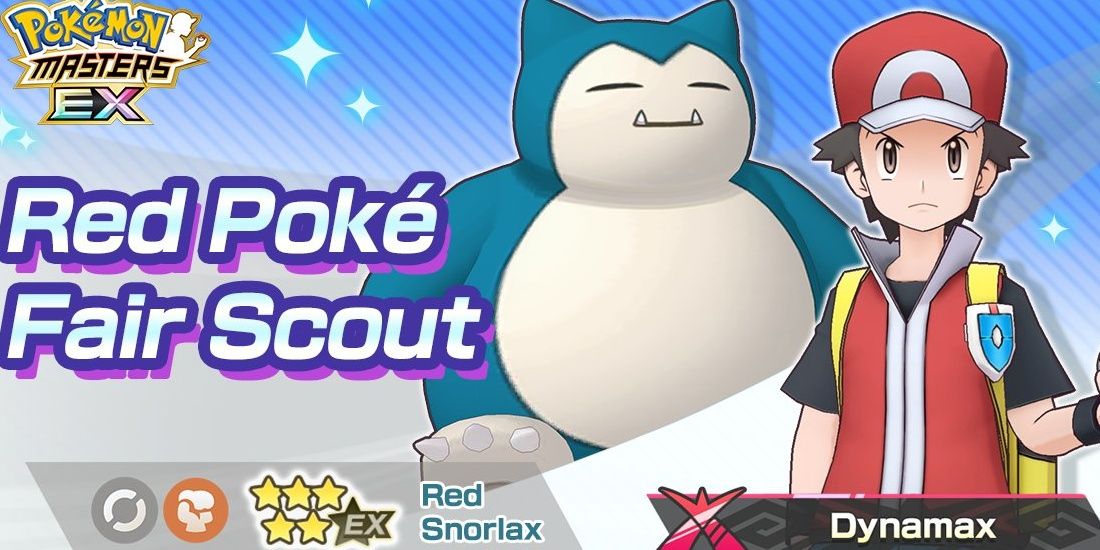 Blue's eternal rival, Red, barely edges his counterpart due to Snorlax's versatile kit which serves as a more on-demand solution. While Red doesn't focus on raising either Attack or Special Attack, he can max your Critical and bestow the Super-Effective Up Next tag to any teammate, which gives an extra 50 percent power to super-effective attacks.

In addition, Snorlax's Mini Potion All will keep your Sync Pairs' health full, so your teammates can focus on damage. Snorlax keeps this routine up indefinitely as his Max Replenish refills both his Trainer Move and Mini Potions so that your Striker can keep punishing opponents while barely being scratched. Be aware that Snorlax's hyper-offensive style must be combined with the appropriate teammates to make full use of his powerful kit. 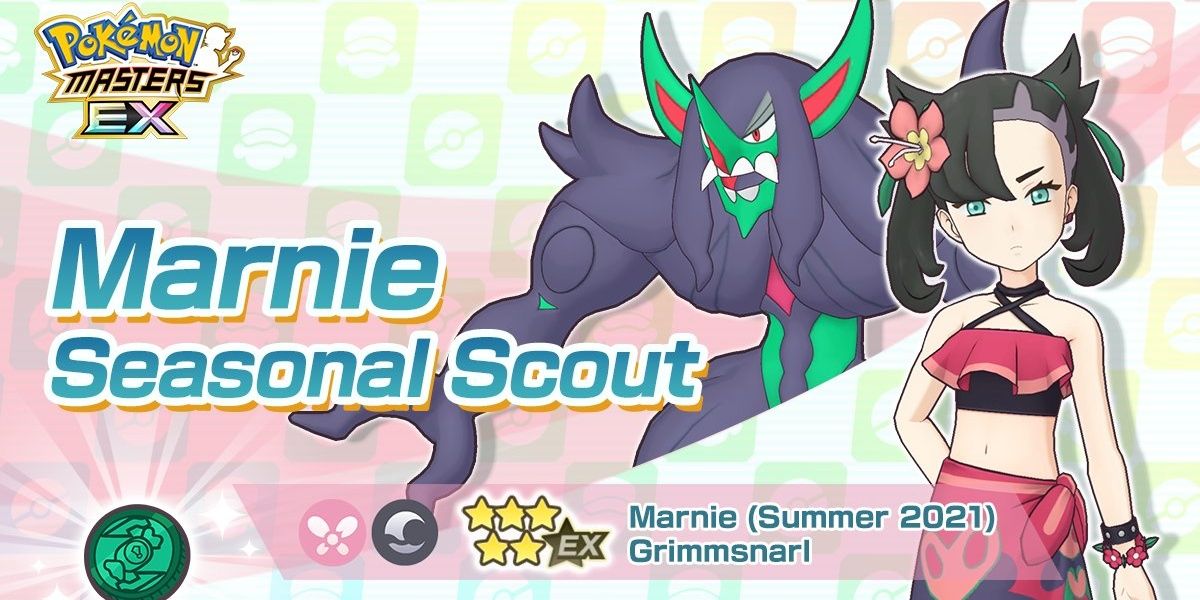 Grimmsnarl's kit is so suited to Battle Villa that it seems wasteful to use her anywhere else. Grimmsnarl's most important move is undoubtedly Bulk Up, which increases Grimmsnarl's Attack and Defense by one rank; however, Marnie's passives offer unbelievable synergy for this excellent move.

Marnie's passives combine to double the buffs (+2 each use), increase her Critical by one, and also offer a 50 percent chance for Grimmsnarl to apply the Super-Effective Up Next tag to itself each time you use Bulk Up. If that's not enough, Marnie's Trainer Move puts the cherry on top: it applies Endurance and Gradual Healing, raises Special Defense by the same amount Defense is raised, and raises Speed by the amount Attack is raised. In short, Marnie can single-handedly max out all six major of her major stats with unrivaled reliability. 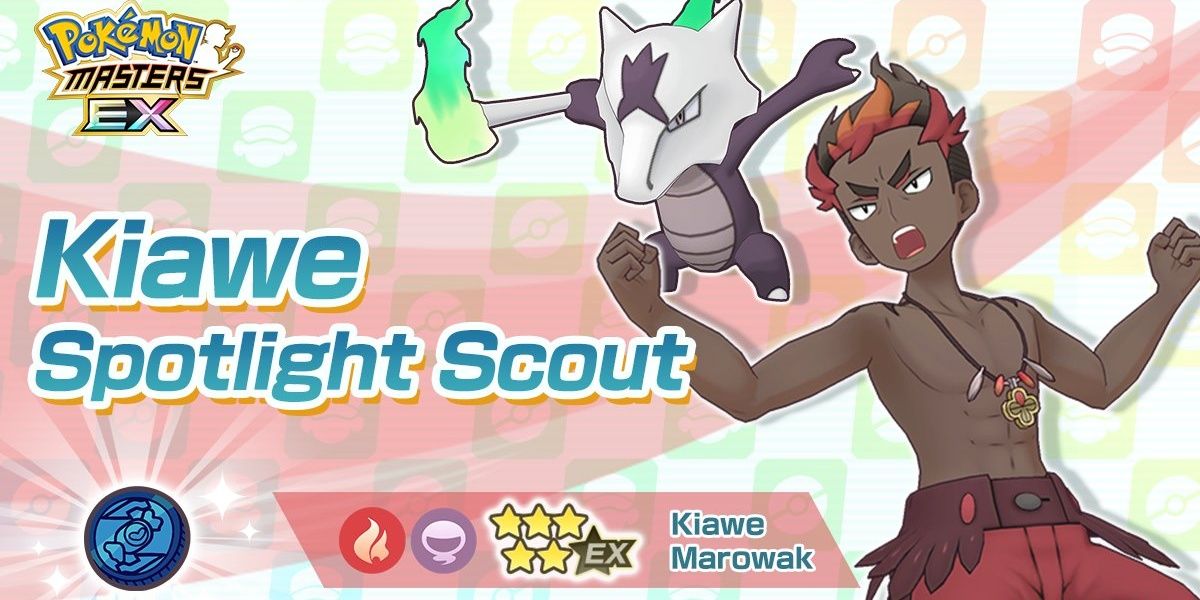 Kiawe and Marowak are one of the premier offensive Battle Villa Supports, especially when gridded. Kiawe's most essential function comes via his Quick Tempo passive, which applies Move Gauge Acceleration to his allies upon entering the battle. This is a necessity for units that can self-buff or have low Speed.

Kiawe's Flame Charge and Dashing Team 5 combine to provide Speed buffs for when your Quick Tempo subsides. Marowak's Shadow Bone also has a great chance to lower a foe's Defense, softening them up for your Striker. Lastly, Kiawe's potions should come in handy, especially as he will likely refresh their uses with his Potion MP Refresh grid tiles. 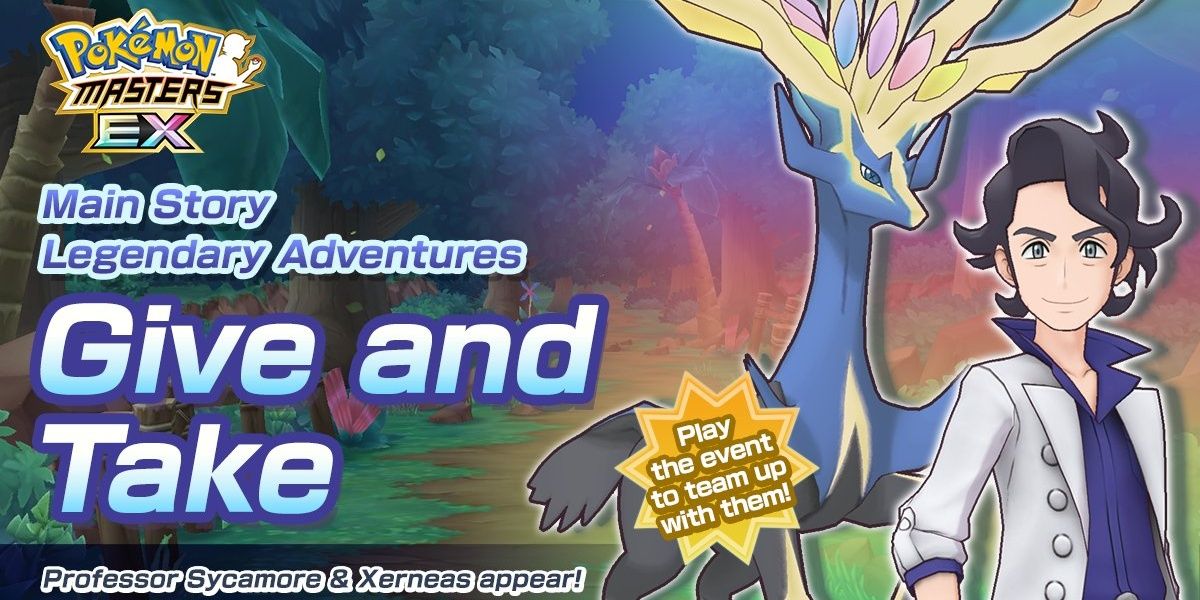 An excellent free-to-play alternative to Blastoise, Xerneas' passive can boost team Attack and Special Attack, though only at a 50 percent rate. Xerneas more than makes up for this with an excellent buffing Sync Move which gives +6 to Special Attack, Special Defense, and Speed.

After Sync, Xerneas can focus on stealing health to stay alive via Horn Leech, which deals surprising damage after Xerneas's Attack is raised from taking a few hits. Xerneas' greatest asset, besides exceptional buffing, is his ability to pivot from providing defensive support to attacking enemies for huge damage. 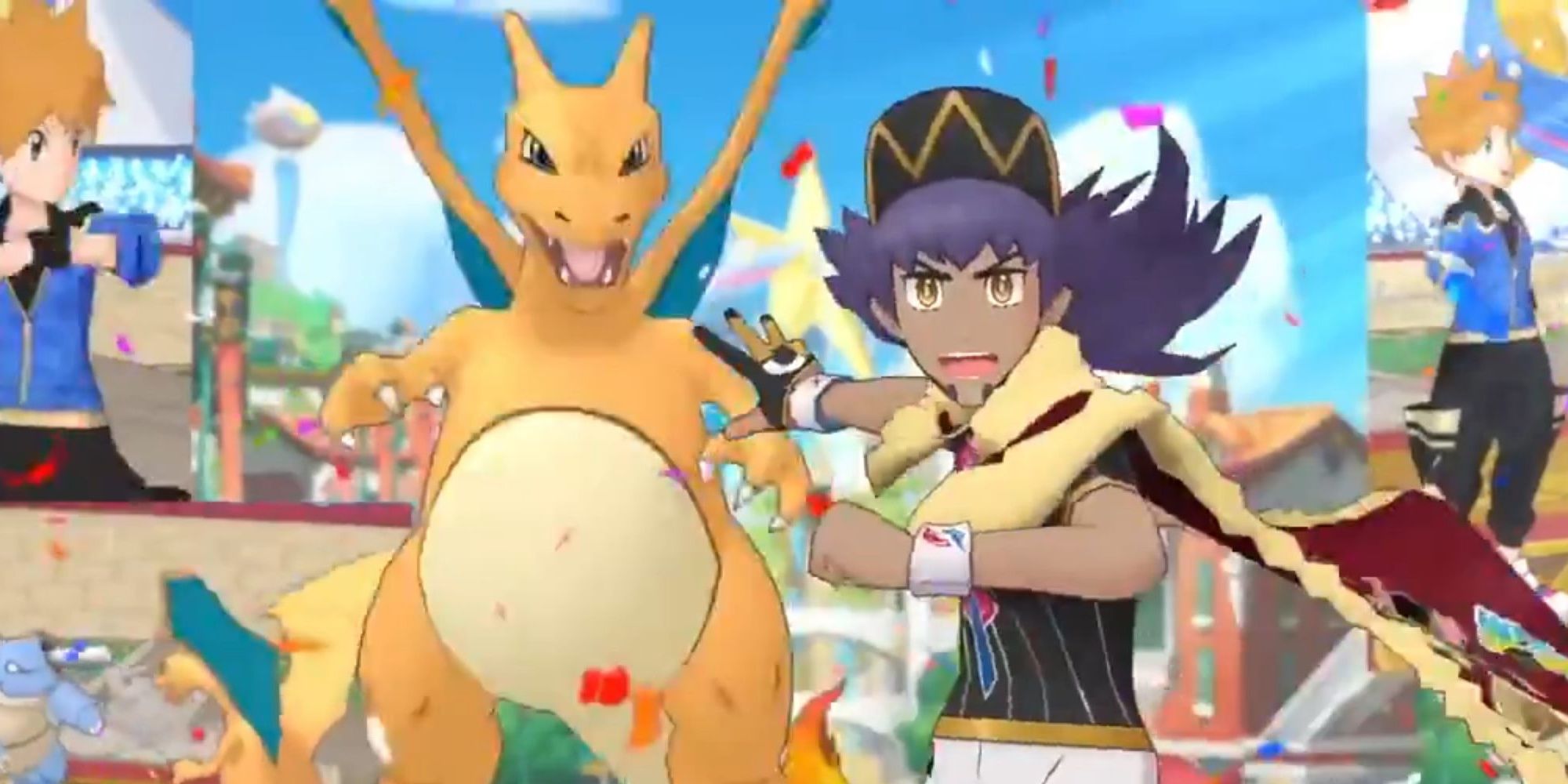 After a long-awaited debut, the unbeatable champion tops the Battle Villa with his versatile Charizard. Charizard has both Earthquake and Hurricane, the latter of which offers a 30 percent chance to confuse an enemy; however, both pale in comparison to Inferno, which guarantees a Burn on your target.

Leon's "Strike a Pose!" may seem lackluster, but Leon's MP Rekindle 2 passive ensures that his Trainer Move can fully buff his offensive stats after being refreshed twice. Leon can pivot attacks to fit the situation, and benefits from additional damage via his Master Passive and Super Preparation 4, which gives a 50 percent chance to apply the Super-Effective Up Next tag, like Grimmsnarl. Leon's flexible, refreshing kit makes him a premier Battle Villa option for any team looking to have a Champion time.