Pokemon Scarlet & Violet's open world brings a new dimension to the main series of games, replacing the typically linear story arc with a free-flowing set of three distinct stories. One of those stories focuses on the founding of a renegade student organization called Team Star, a widely feared group of powerful boss trainers and their elusive leader.

Your mission, Operation Starfall, tasks you with infiltrating each squad's base and defeating several Pokemon before facing off with the squad's distinctive boss. Each team focuses on a particular type, much like Gyms, so you will need to take advantage of this knowledge if you hope to clear the area. With their current positions of power, these former victims of bullying have a lot more to offer than just a good Pokemon battle. 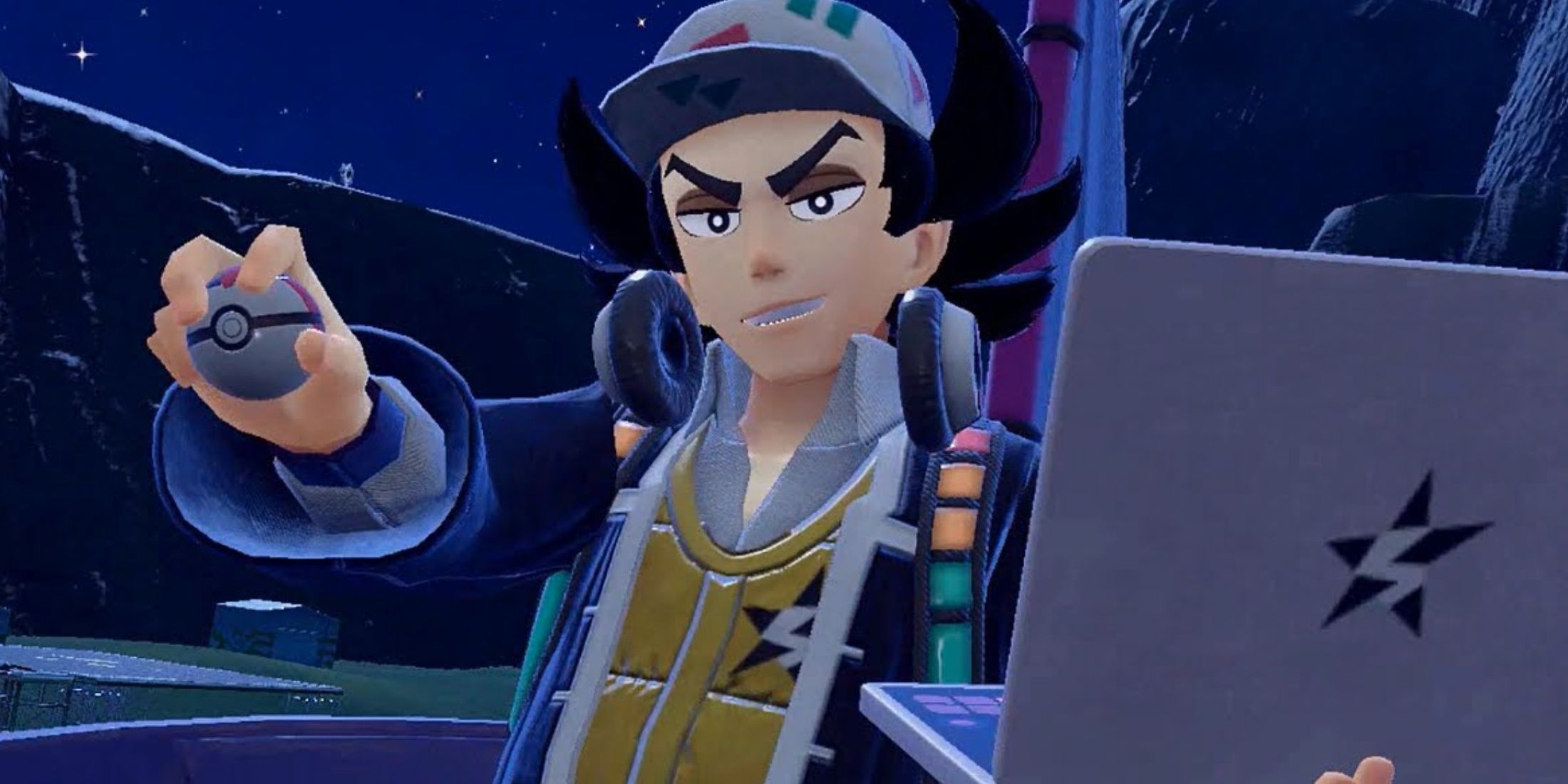 Giacomo comes equipped with a team consisting of only two Pokemon: Pawniard and his custom Revaroom, the Segin Starmobile. While he doesn't have the best Dark-type Pokemon at his disposal, Giacomo represents a fair initiation as you kick off the Team Star story. While you may opt to encounter someone else first, Giacomo seems to be the intended first stop.

Beyond his somewhat underwhelming strength, Giacomo lends his musical passion to Team Star, carefully crafting their theme songs on his trusted laptop. While he failed to gain support on the academy's student council, he found appreciation among his fellow Team Star bosses. Despite his tough appearance and allegiance to Dark-types, Giacomo has a soft heart and sets the tone for the rest of an emotional Team Star rollercoaster. 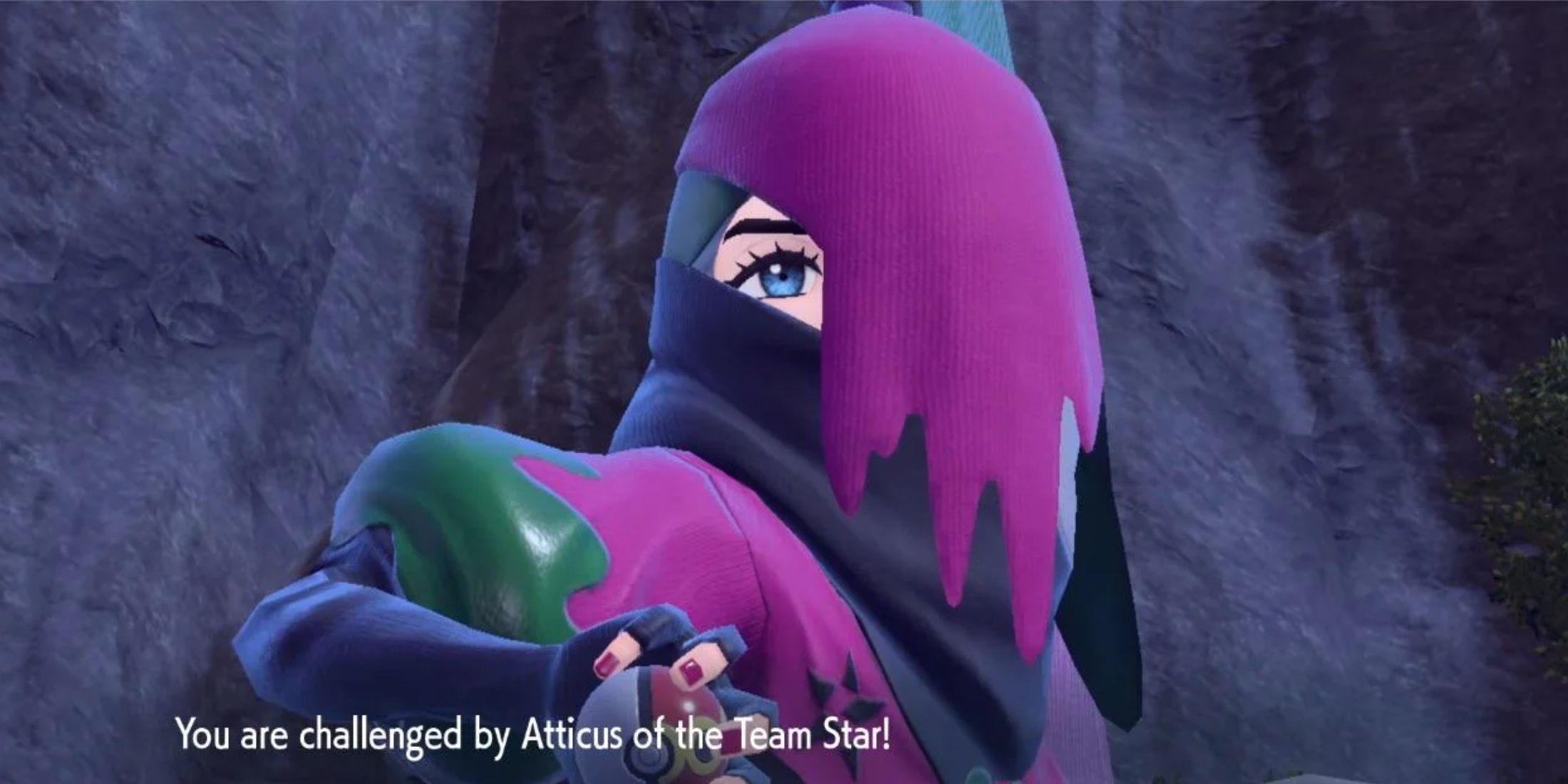 This purple ninja brings offbeat style and a mysterious facade to Team Star, also serving as the group's stylist. Unfortunately for his team, they have a glaring weakness to Ground, perhaps one of the most common types to find across Paldea. Much like Giacomo, Atticus has a fairly early-game team, with his level 33 Revaroom offering the stiffest challenge besides the signature Navi Starmobile.

Be aware that Atticus will slightly mitigate his team's Ground weakness in his rematch by adding a Toxapex. That little starfish can dispatch a Garchomp with Blizzard or a pure Ground Pokemon with Hydro Pump, so use caution. Of course, if you can out-speed the Toxapex, you might be able to knock it out with an Earthquake, provided you have a level advantage or some form of boost. 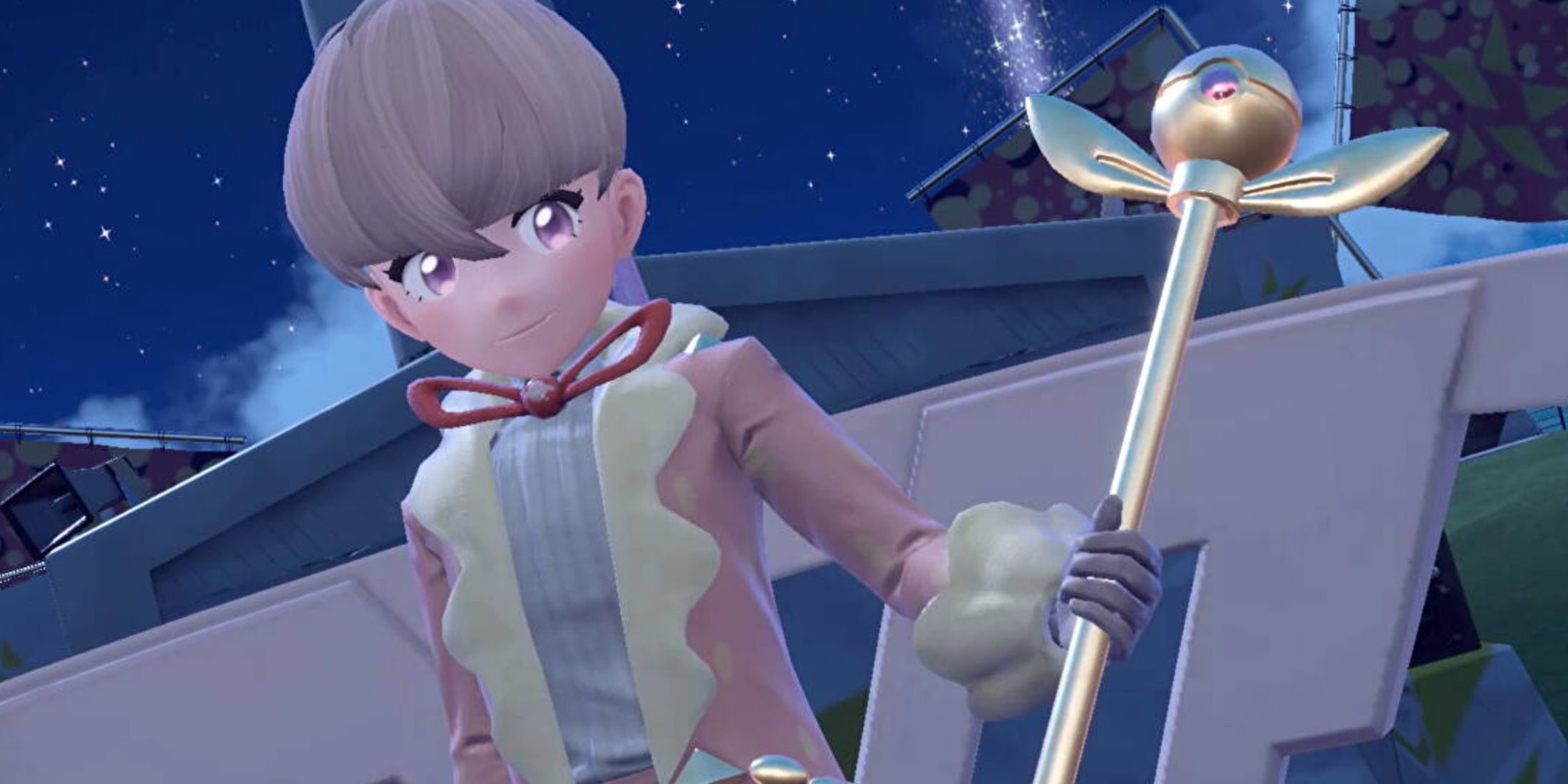 One of Team Star's stronger members, Ortega will likely be the penultimate battle unless you decide to save him for last. This Fairy-wielding youngster is more than capable for his age, boasting responsibility for the creation of Team Star's signature Starmobiles, which are essentially custom versions of Revaroom.

Don't be fooled by his delicate appearance. You'll be blown away if you try to take this battle on without some proper counters. Ortega's bulky Azumarill can cause havoc along with Wigglytuff and, to a lesser extent, Dachsbun. Each Pokemon knows Play Rough, so you'll want to use a balanced option like Tinkaton that can both withstand a hard Fairy-type hit while dishing out Super Effective damage in the form of Gigaton Hammer. 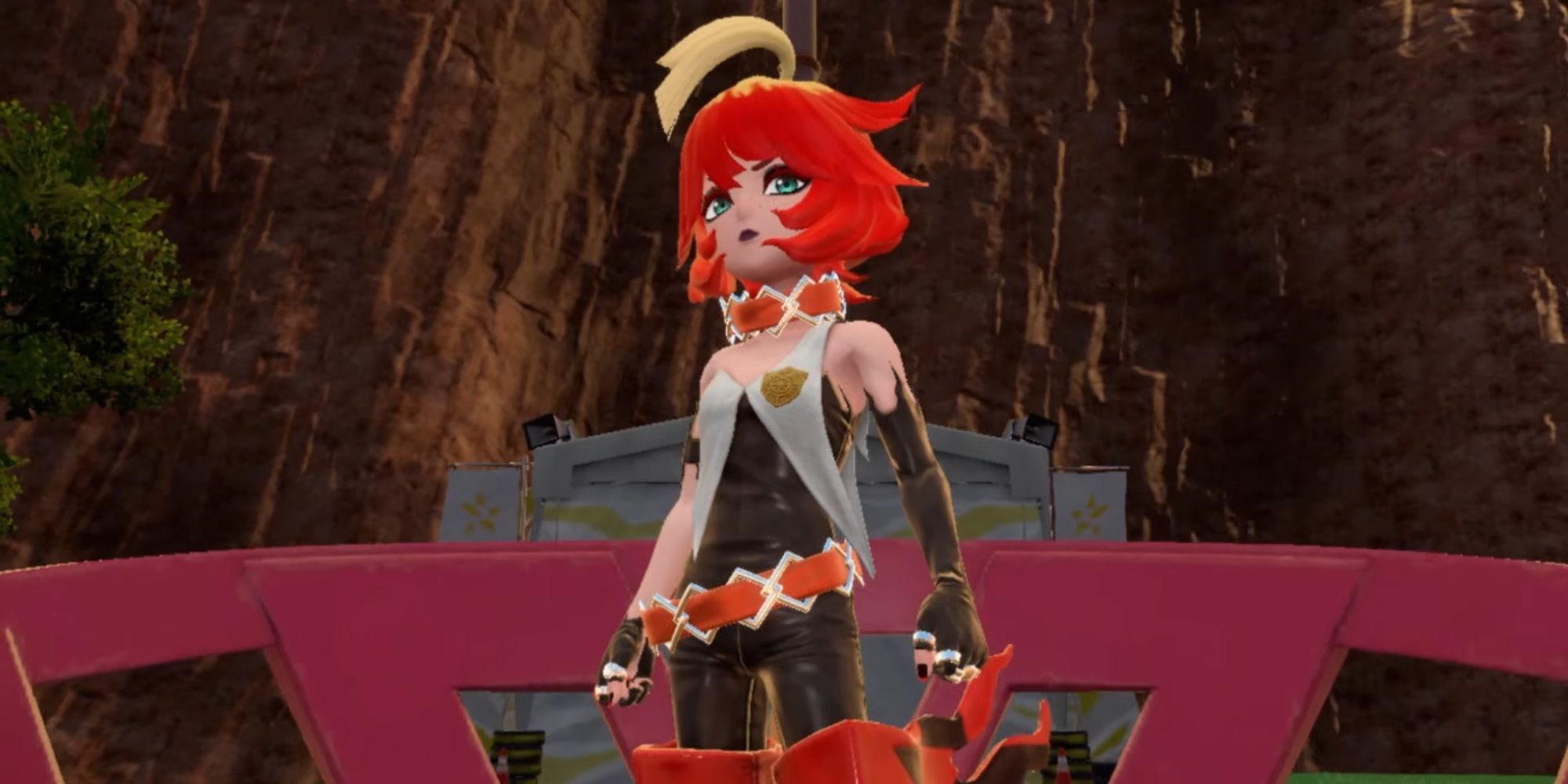 Mela is perhaps the most intimidating Team Star member in appearance, as she absolutely lives up to her reputation as a hot-tempered boss. However, Mela's team is nowhere near as intimidating if you come equipped with a Water-type around level 30 as her team caps out at level 27.

However, Mela's rematch is a different story as her team expands to include powerful options like Armarouge, which will surprise you with Energy Ball if you aren't careful. Mela's fierce, resilient disposition embodies Team Star's core values on top of serving as an example of Team Star's deviation from their purpose: to serve as a haven for the bullied and ostracized. 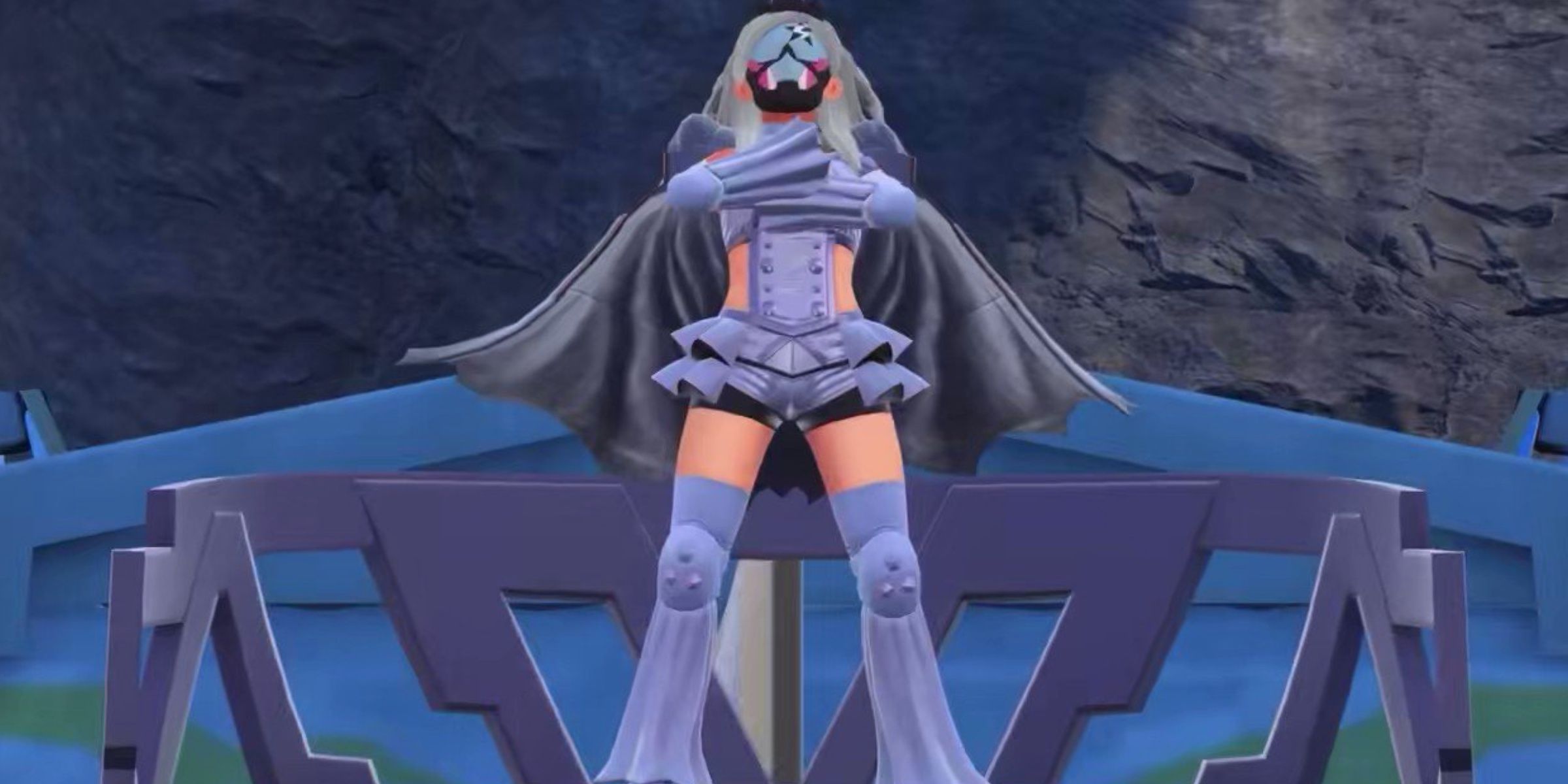 While Eri boasts a team of some of the best Fighting-type Pokemon in the entire Paldean Pokedex, the most difficult member to deal with is still to come. Eri's team is no joke, as she comes fully equipped with five Pokemon at levels in the mid-50s that will pick you apart if you don't have the right counters to stop them.

Unfortunately, Psychic-type moves won't serve as a one-size-fits-all to Eri's team as she also has a Lucario and Annihilape that will both resist and hit back at Psychic-types with vicious attacks like Rage Fist. Her Caph Starmobile should be the easiest Pokemon to dispatch, especially if you have a bulky option like Azumarill that can take a hit and sweep aside Fighting-type Pokemon in an instant. 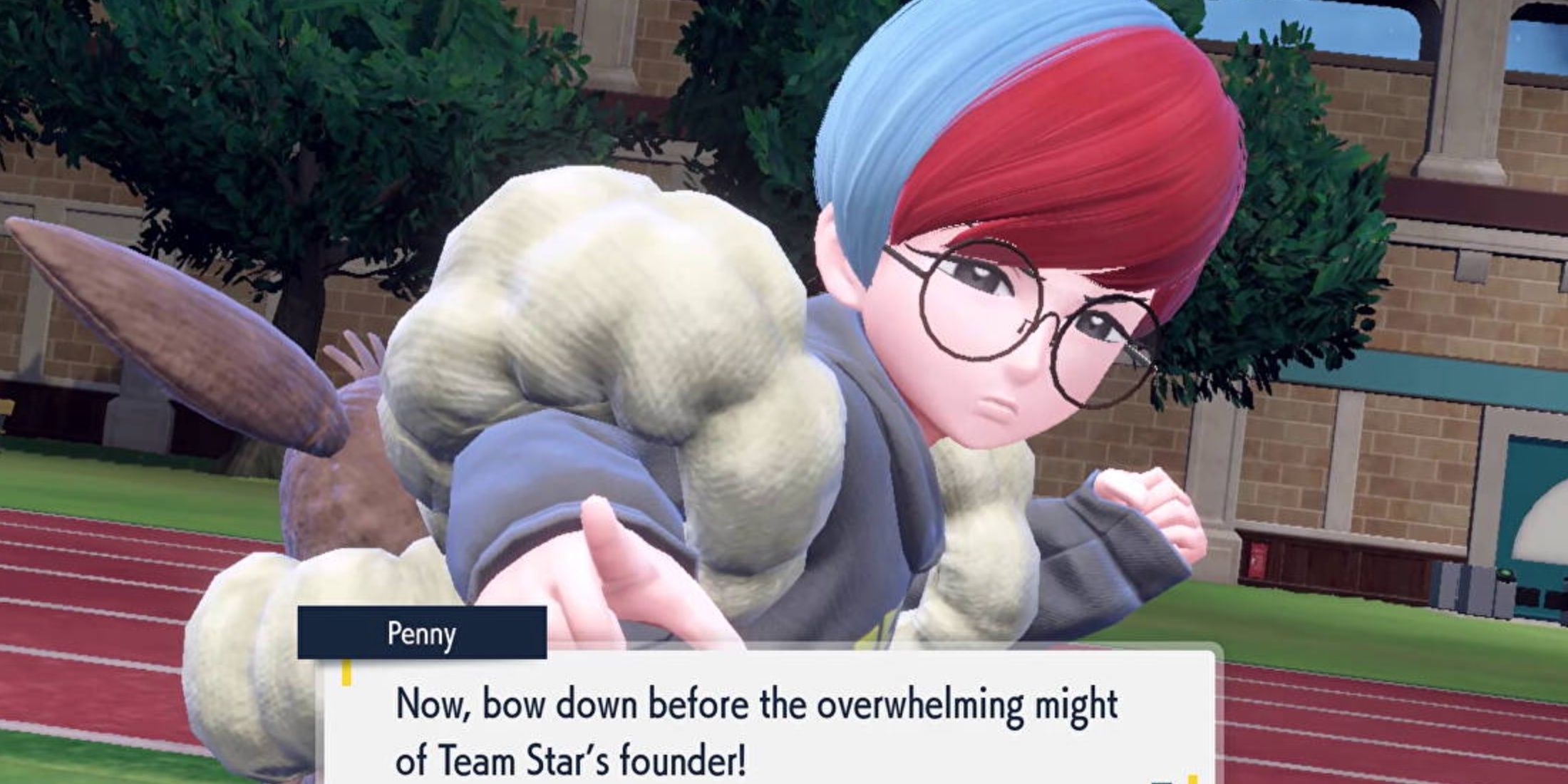 It's always the quiet ones, isn't it? Penny keeps up her charade, posing as a messenger for quite a while until she comes clean about her true identity. Penny is both the leader of Team Star and the architect of its destruction when she realizes that the group has gotten out of hand and lost sight of the initial purpose.

Her team is exceptionally balanced as she dives headfirst into an Eeveelution theme for both her first battle and her rematch. While Espeon and Glaceon miss out on the party, the rest of the crew offers a test of your party's type coverage, as you will likely need to use a variety of Pokemon to pass this endgame test. Penny's redemption story is heartwarming, and her Pokemon team choice reflects her love for the diverse range of friends that the creation of Team Star brought together.