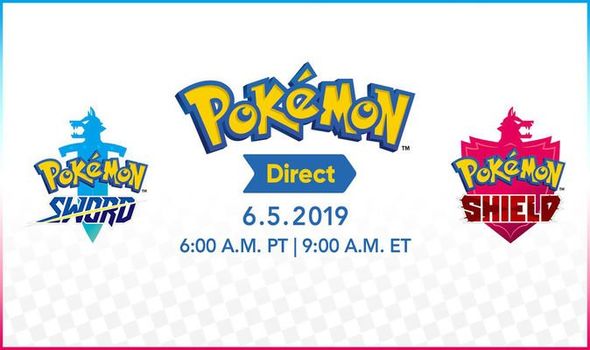 The Nintendo E3 2019 live stream event was expected to be dominated by one game; Pokemon Sword and Shield.

And if we looked at the format from 2018, during which Super Smash Bros Ultimate was the main subject, it would have meant a lot less time for other Nintendo Switch games.

However, today’s big announcement that a new Nintendo Direct for Pokemon Sword and Shield will be held on June 5, changes everything.

The new Pokemon Direct is scheduled for next week and will be dedicated entirely to Pokemon Sword and Shield news.

The event will include new information on the upcoming Switch game, which will hopefully include story details and a features list.

But what it also means is that Nintendo will not have to dedicate so much time to the new Pokemon game during their E3 2019 Livestream.

Casting your minds back to 2018 will remind you how much Super Smash dominated Nintendo’s E3 last year.

And while it was great to get all that information, it also became an instant turn off for those gamers who weren’t interested in that one title.

Being able to drop 15 minutes from their E3 2019 schedule for Pokemon Sword and Shield means they can offer more news on other projects.

Animal Crossing for Switch, as well as Link’s Awakening and Luigi’s Mansion 3, are all expected to be featured.

But that doesn’t mean that the new Pokemon game won’t be the centrepiece of Nintendo’s E3, with plenty more expected on the subject.

The Wednesday, June 5, Pokemon Direct will begin at 2pm in the UK and will only run for 15 minutes.

But all that time will be dedicated to one title, meaning that the full release date could be announced on the same day.

And if it isn’t, Pokemon fans won’t have to wait long to find out the final news surrounding Sword and Shield.

We already know that Sword and Shield will include new Gen 8 Pokemon, including the three starter Pokemon – Sobble, Gookey and Scorbunny.

And that the new Galar Region featured in Sword and Shield has been inspired by the British countryside, giving it a quaint, homely feel to it.

Recent rumours suggest that Armoured Pokemon could be featured, which would undoubtedly make for an exciting new feature.

The Nintendo Direct E3 2019 live stream will begin at 18.00 CEST on June 11 and will focus entirely on software.

This means games, with the company confirming that no new consoles will be unveiled.

Nintendo has also confirmed that they will only be showcasing games scheduled to launch in 2019.

There are also rumours that Nintendo will reveal new Wii U ports, which will be launched exclusively on the eShop.