Before Pokémon Sword & Shield released, there were leaks and rumors that the latest games would not have the Global Trade Station (or GTS for short). Unfortunately, when the games did release, the leaks were confirmed, leading many to feel disappointed that such a key feature was removed from the game. How were players supposed to trade for version-exclusive Pokémon and trade for specific ones as well?

Although GTS is gone in Pokémon Sword & Shield, there are other alternatives. For instance, the Surprise Trade feature allows to trade any Pokémon in exchange for a random one. As fun as that may sound, getting specific Pokémon in return can prove to be a daunting task since the process is always random. There is also the option of using a random link code, hoping that the user matches up with somebody else, and hoping even further that whatever the other person offers is of interest to them. 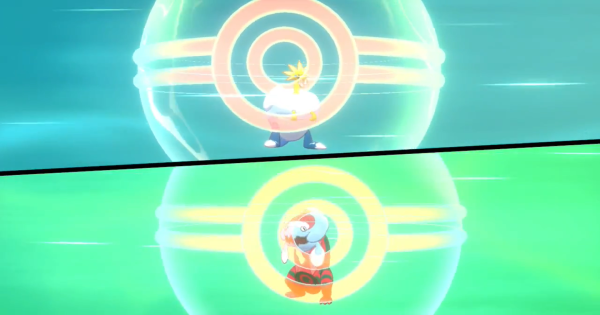 Now, the entire feature is undergoing a change, not from Game Freak, but from dedicated fans. Two players, Rory (@rorylombardi) and Jacob (@cloutsocks) have created a website that allows for other Pokémon Sword & Shield players to ask for specific Pokémon while offering others in return. The website is called Wooloo Farm and it seems pretty active considering that it came up a few days ago.

If one explores the website, they can see that there is the option to join the Discord group and a big list of current trades. However, aside from behaving very similarly to the GTS, Wooloo Farm goes a step further by allowing users to be even more specific with their requests. For example, when listing a Pokémon, a user can specify which gender it is, which moves it has, what the held item is, what language it is in, and so on. The options are also available when looking for a specific Pokémon as well.

Ever since the website has gone up, there have been 8,319 trade offers posted with a 69% trade completion rate, which shows that not only is Wooloo Farm a success, but that a lot of people are using it. The GTS may be gone, but there is a much better alternative now for all Pokémon Sword & Shield to use and experiment with.