Pokemon Unite has a roster of over 30 Pokemon, each falling into a different category or role. These roles play to their strengths and weakness, and as such, embracing the role and responsibilities of each Pokemon is essential to your success.

One of these roles is the Speedster. This category contains the least Pokemon of all five roles, but they sure do pack a punch. Speedsters dominate the competition with their speed and burst damage. They have the potential to carry their team to victory, but only with the proper knowledge of the various situations you'll encounter throughout a Unite match.

What Is A Speedster?

Speedsters are Pokemon that have high Speed stats, and can deal heavy burst damage. They lack overall endurance, making them easy targets when in vulnerable positions, so it's important to stay mobile.

The way Speedsters are set up allows for them to act as their team's 'assassin'. This requires great patience and awareness; knowing and waiting for the right opportunities to strike.

What Speedsters Are Expected To Do 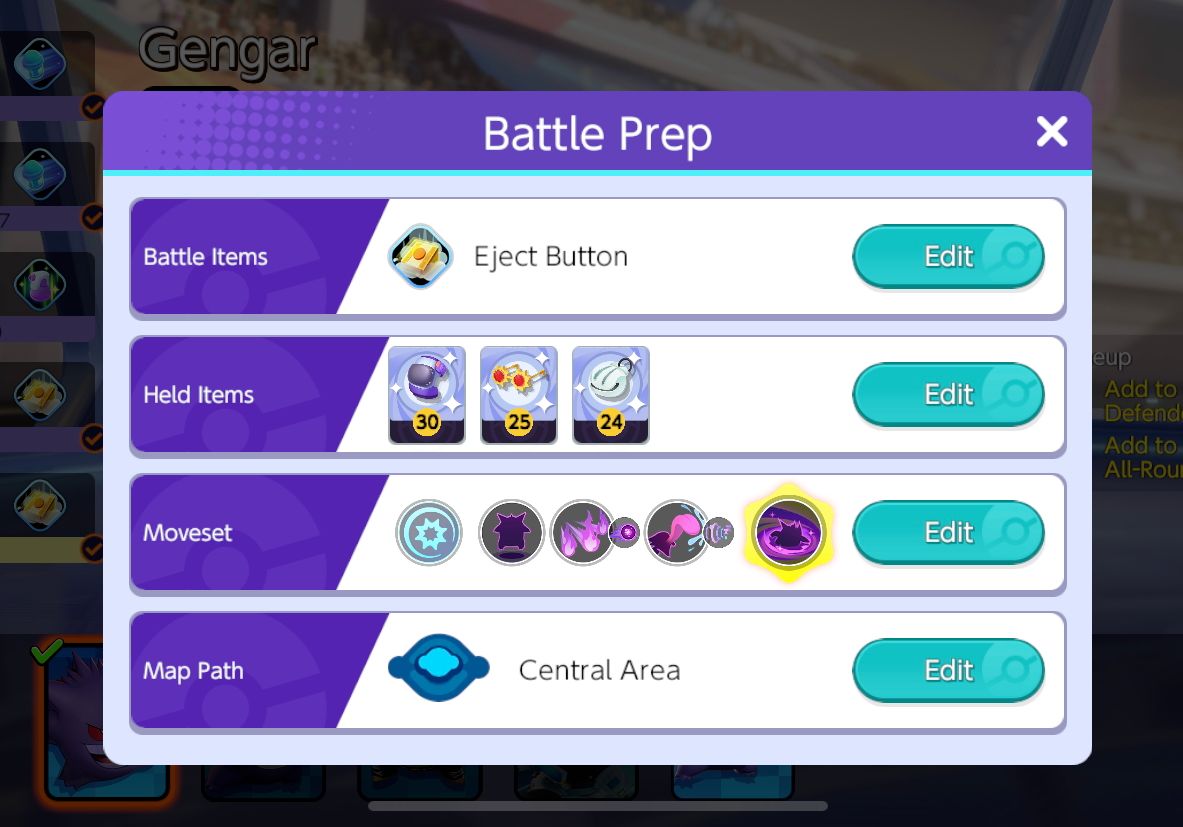 As a Speedster, you're expected to quickly move around the map, popping up in lanes to 'gank' the unsuspecting enemy team. A good Speedster can single-handedly turn the tide of battle, but be mindful that attacking or rotating too early or too late may leave your team vulnerable and with insufficient firepower when needed.

What Lane To Choose

Speedsters should always choose the Center Lane, also known as the Jungle. Aim to quickly knock out the wild Pokemon in the central area — Speedsters are typically underwhelming in the early game, so this helps you get ahead.

First, focus on securing the wild Pokemon on your team's side of the map, then attempt to steal those on the enemy's side. You'll have an advantage over your counterpart if you can level up quickly playing in the Center lane. Whenever you're not helping lanes, make sure to clear your jungle.

Help Allies In Other Lanes

Once you have cleared all the wild Pokemon in the Central area, rotate to either the Top or Bottom lanes to help out your teammates. It's best to try to do so without alerting the opposing team, or before they have time to react. Assist your allies in defeating opponents and scoring, then take a look at your map to decide your next move.

Keep Your Eye On The Map

When playing the Speedster role, it's important to always be looking at the map. You'll want as much information as possible about positions when deciding which lane to approach, so you can see where your allies need help and where they seem to have things under control.

You'll also need to keep an eye on the major objectives (Rotom, Drednaw, Zapdos), with a countdown appearing 30 seconds before spawn, as well as an indicator while it's still available. You'll want to arrive earlier rather than late, and with your teammates in tow. You can also use the map to see when wild Pokemon are available.

There are currently only four Speedsters in Pokemon Unite.

Although each Speedster differs in their move sets, Pokemon playing this role typically follow a similar strategy. They can set up devasating combos, outpace their opponents, and finish off retreating enemies. Utilizing cover throughout the map, sneak up on opponents, burst them down, then escape if necessary. If you manage to knock out an opponent completely, you may not need to retreat and can help your teammates push a lane.

You can equip one Battle Item prior to a match. These items grant the user a bonus ability that can be used after a set cooldown. Speedsters can benefit from the X Attack, X Speed, or Full Heal Battle Items, but if safety is more of a concern for you, use either the Eject Button or Slow Smoke as a means of disengaging.

You can equip up to three Held Items when preparing for a match. These items boost the user's abilities and provide stat increases. Speedsters will see great effectiveness with a handful of these items, falling into two main categories: Attack/Sp. Attack boosters and Endurance boosters. Gengar is the only Speedster to use Sp. Attack, so make you you adjust your Battle Items accordingly. Equip Speedsters with a combination of the following Held Items to maximize your impact in Pokemon Unite matches.

There are two important things to note about Held Items in Pokemon Unite. First, you need to reach Trainer Level 7 to unlock the second Held Item slot, then Trainer Level 10 to unlock the third. Second, Held Items can be upgraded up to level 30 using Item Enhancer Tokens. This improves their effectiveness, and grants additional stat bonuses at levels 10 and 20. These increases are shown in the format of "(Lvl. 1/Lvl. 10/Lvl. 20)" below.