Spoilers throughout for Pokemon Scarlet & Violet’s Titan storyline. You have been warned.

Pokemon Scarlet & Violet are problematic games. I feel bad for enjoying my time in Paldea, but can’t help myself from doing so. I love Pokemon, and I at least like Pokemon Violet, but I couldn’t recommend it to anyone in good faith.

There are performance issues and bugs galore, but the biggest offender for me are the textures of the bland open world. I love the exploring options and do-it-yourself approach to storytelling, but I’d love it a whole lot more if Paldea actually looked, you know, nice. Cliffs are lifeless and flat, and while the sparkle of the seas and lakes can catch the light quite nicely, the large plains and snowy mountains are dull. I’ve never seen a game make snow look so boring before. I don’t want to crunch my feet in it or make snowballs, I’d be more likely to fold it up and make a little origami Pikachu.

The Pokemon, however, are the complete opposite. I like most of the new designs, and the old Pokemon have had a reskin. The cliff faces may look like they’re made of one sheet of acrylic gently moulded into a shape that vaguely resembles real Iberian topography, but the monsters themselves look better than ever. I first noticed the fur on my Paldean Tauros actually looked like jet black cowhide. Then I looked closer at my other Pokemon, and those I encountered. None of them are Monster Hunter levels of skin and scales, but they’re better than the plasticine pelts of generations past. Just look at the shine of Magnemite’s chrome bonce. Lovely. 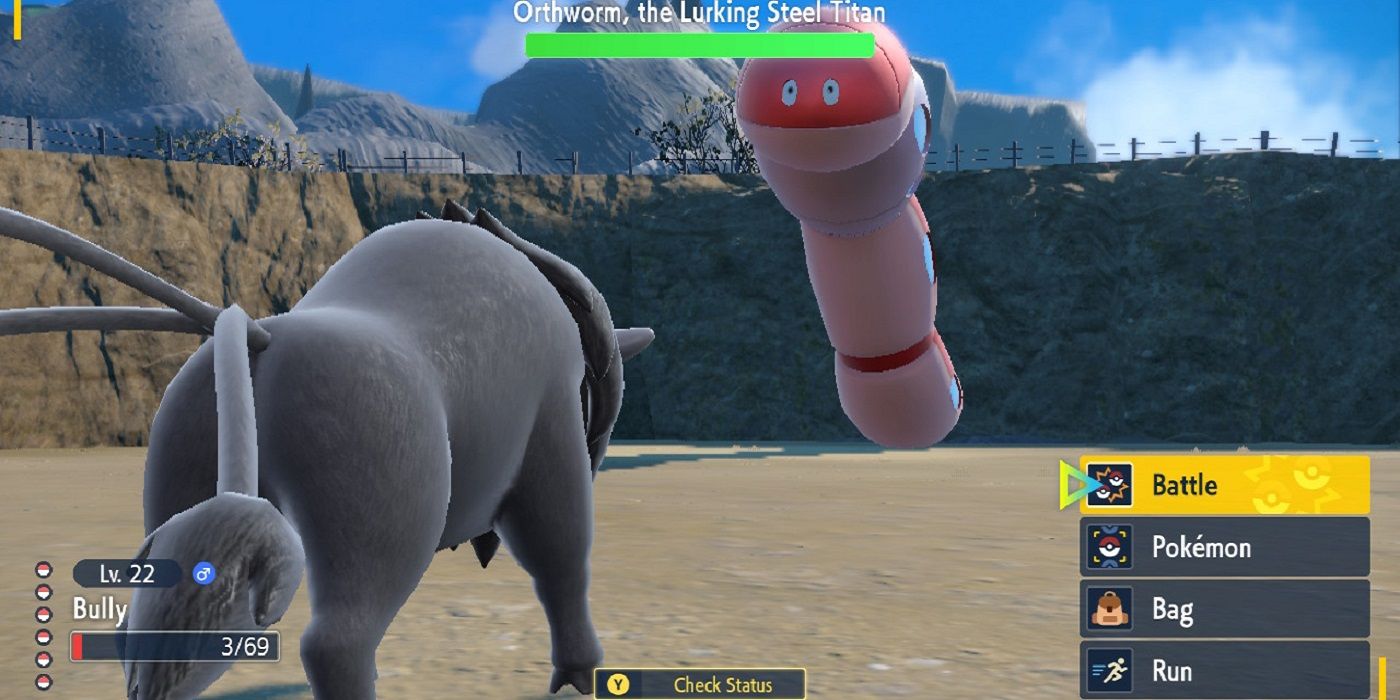 Maybe all Pokemon of Galar and before have been skinned and their pelts used to line the rubbery walls of Paldea? The Pokemon themselves are the stars of the show though, so I’m glad they got their eagerly-awaited glow up, and none moreso than Mabosstiff, who stars a moving story as a part of the Titan quests.

The real spoilers start now, by the way. You’ve been warned twice. Still reading? Okay, then you’ll likely have played the Titan storyline to completion, aiding fellow student Arven in his quest to… Catalogue some fluorescent flora? Arven seems a little sus, but I wanted to battle the Titans so I helped him anyway. After beating the first, a kaiju Klawf, my suspicions were doubled. The screen fades to black and Arven mutters into the darkness. He’s secretly feeding his superpowered sandwich to some hidden creature. Does it dwell in these caves? Is it a Legendary? Something wasn’t right.

I immediately thought of Volo’s betrayal in Legends: Arceus, and not just because the pair have equally terrible hairstyles. I headed towards the oversized Orthworm with trepidation, ready to remove the knife from my back at any moment. But, as the story went on, Arven revealed that he didn’t have evil motivations, but the most honourable ones. 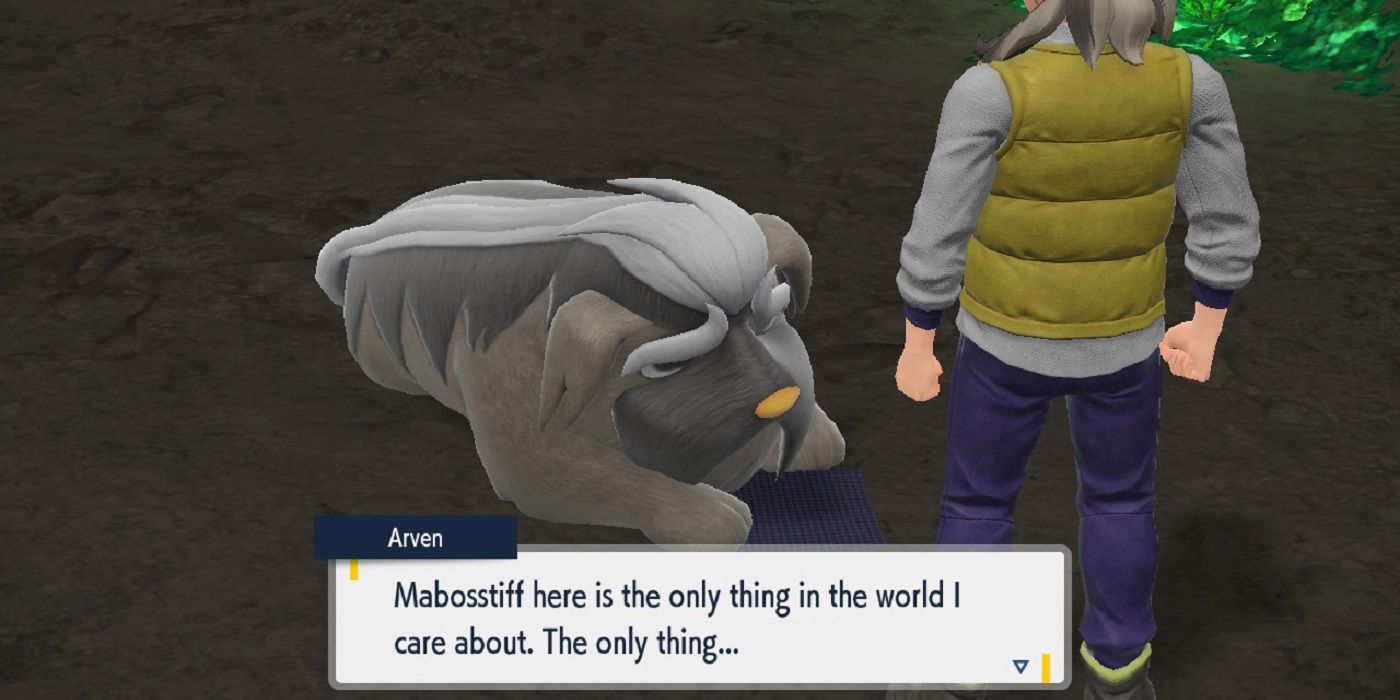 Arven revealed his old, sick Mabosstiff, and explained that he believed the Herba Mystica could heal his hound. The new model instantly endeared me to the poorly pup, and Arven’s passion in his search for a cure was infectious. Now I was not only fighting the Titans for me, but for Arven and Mabosstiff, too.

As the story unfolds, it turns out that Mabosstiff wasn’t only a loyal hound for Arven, but also a replacement for his absent father. When we gathered the final herb and Masbosstiff finally played with his ball for the first time in years, Arven nearly flooded the cave with his tears. I’m not ashamed to admit that I almost did the same. Pokemon told a beautifully understated story completely out of the blue, and it hit harder than saving the world or beating Team Rocket ever could. 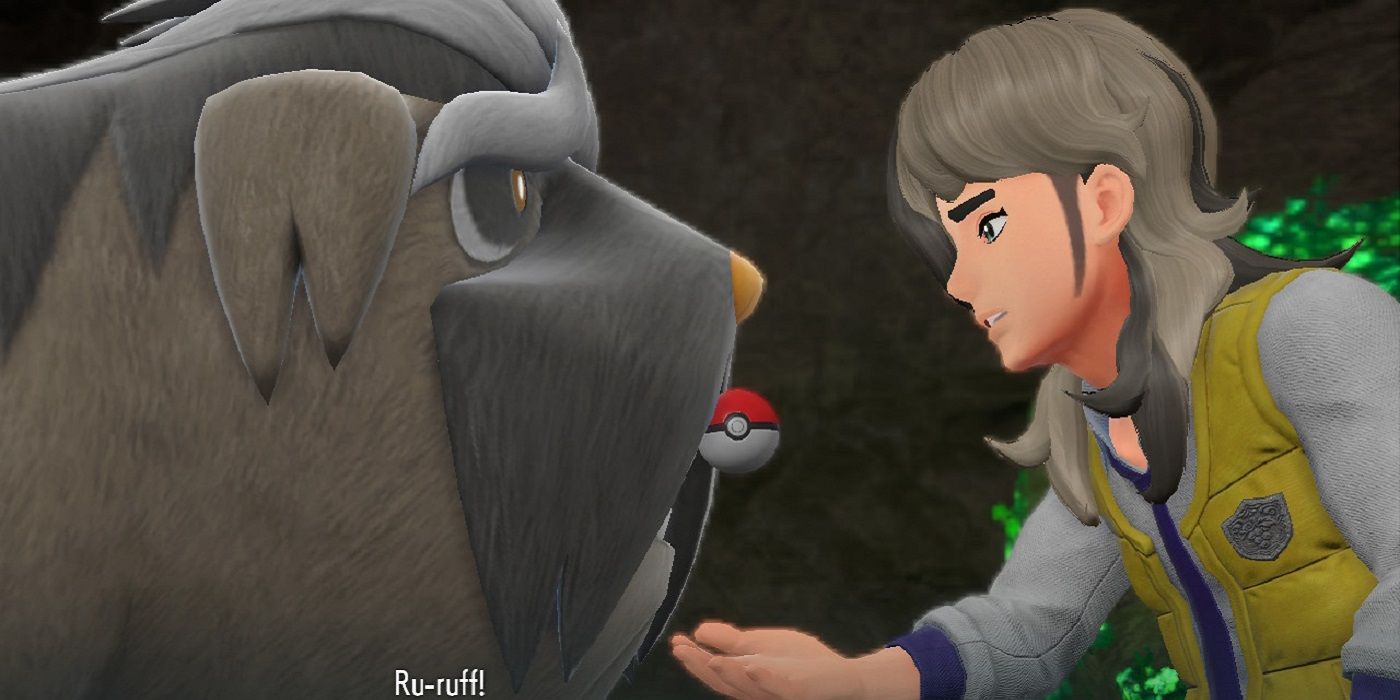 I expected the Titans to just be abnormally augmented foes to best, played as cheap bosses and nothing more. But Pokemon Scarlet & Violet pulled the rug out from beneath me and hit me right in the emotions with a heartwarming tale of a boy and his dog. I quickly added a Maschiff to my team and evolved it so I could have a shaggy pal of my own, growing to love it alongside Arven’s. When the next Pokemon game rolls around, instead of making it bigger and blander, Game Freak should focus in on the human moments, the stories of trainers and their best friends. It’s what I’m going to remember from Gen 9, that’s for sure.