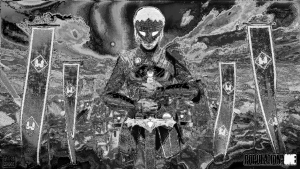 Population: One is giving its traditional seasonal structure a rest as it lines up 11 weeks of free events under one central theme, starting on August 5th.

While this is technically the game’s third major overhaul since launch, developer BigBox VR won’t be including a premium battle pass as part of these events. Traditionally, new seasons of Population: One come with a bunch of free additions, like new weapons and changes to the map, but then charge $5 for the chance to earn new cosmetics like costumes and gun skins. The idea is similar to games like Fortnite, except Population: One isn’t free-to-play.

But for the next 11 weeks, BigBox VR will instead be running four free events under its new theme, Kingdom Age. This introduces a castle environment to the game as well a new melee weapon, Excalibur. The sword gives players a speed boost.

Throughout Kingdom Age, though, BixBox VR will launch new events with the chance to earn more cosmetics. For example, players can first get a new Gallant variation of the PJ skin, a range of new weapon skins and new sprays and titles for free. Kingdom Age will culminate in a finale event, too, which the developer says will impact how the game looks moving forward.

“We like the Season format for unveiling new themes and content, but sometimes players who start playing later in the Season could feel like they already missed the battle pass,” the studio reasoned in a blog post. The developer did not confirm if it will return to the battle pass format for future seasons.

Notably, the change comes a few months after Facebook announced it was acquiring BigBox VR.

Will you be taking part in Population: One’s free season? Let us know in the comments below!