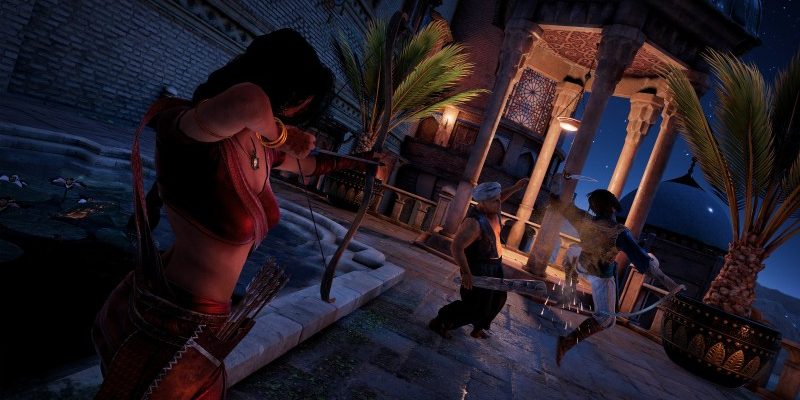 Ubisoft has delayed Prince of Persia: The Sands of Time Remake indefinitely to ensure its quality. The game was announced last September with a launch date of January 21 before it was pushed to March 18 back in December. Now we have no idea when to expect the much-anticipated remake of the 2003 classic.

Ubisoft launched Prince of Persia: The Sands of Time in October 2003 and it became an instant classic thanks to its revolutionary parkour-style platforming (later adopted in Assassin’s Creed and countless other games), time manipulation mechanics, and charming narrative. The game was so beloved that it even got a live-action film starring (for some reason) Jake Gyllenhaal.

The remake, helmed by Ubisoft India, aims to retain Sands of Time’s gameplay but with contemporary tweaks, which includes a modernized (and optional) control scheme. The CG cutscenes are being remastered, and the game’s dialogue re-recorded using the original voice cast. That all sounds great, but the one thing fans seem to be universally iffy on is the graphics.

While it does look much sharper, Sands of Time Remake isn’t the graphical overall many fans hoped or expected (especially compared to, say, the recent Resident Evil remakes). Ubisoft addressed these concerns by saying the presentation is an artistic choice meant to emphasize Prince of Persia’s fantastical vibe as opposed to other remakes as well as the publisher’s more realistically designed offerings such as Assassin’s Creed. Still, fans continue to object to the game’s look, so it’s possible this new delay is Ubisoft caving in to rehaul the graphics a bit more.

I’m a big Prince of Persia fan so this latest delay stings, but if it ensures a better product, by all means go for it. Whenever Prince of Persia: The Sands of Time Remake is released, it’ll come to PlayStation 4, Xbox One, and PC. New-gen specific versions were originally up the air, but that could very well change thanks to the delay. I guess only time will tell.