Universe interview: “In order to have a chance to win TI, you need to make your team tier 1 and that's the goal right now for me” 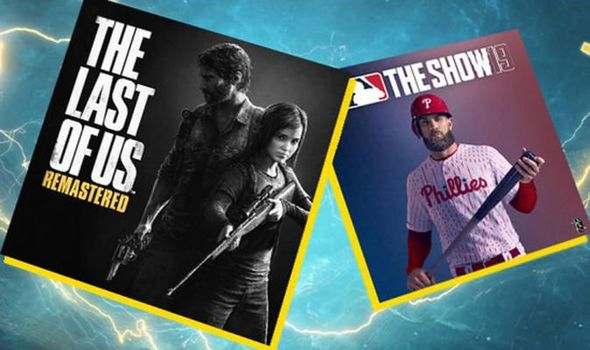 The PS Plus Free Games lineup has been revealed and includes an excellent reward for PlayStation fans.

Not only have we found out the official roster earlier than usual but Sony has dropped a great bonus with it.

The Last of Us Remastered will be made available to fans on October 1, 2019, alongside MLB The Show 19.

But what makes this PS Plus release even more special is that The Last of Us Remastered looks to be the highest-rated game ever featured.

Using Metacritic as a rough guide, The Last of Us Remastered is featured prominently in both the Critic section and User Score lists.

Taking in all the PS4 releases featured on Metacritic, The Last of Us is beaten only by Red Dead Redemption 2 and GTA 5, neither of which has been PS Plus games.

TLOU has an average critic score of 95 based on 69 reviews. Meanwhile, GTA 5 has 97, and God Of War has 94, which is featured in fourth-place.

User Score wise, Last of Us has an average of 9.1, based on 7488 ratings, placing it in fourth-place on that list.

Bloodborne is the next PS Plus game to feature in the User Score list with 8.9 from 8775 Ratings.

Another contender is Metal Gear Solid 5: The Phantom Pain, which has a Metascore of 93 and a User Score of 8.2.

It’s certainly not a perfect system to judge what are the best-received games to ever feature as free game giveaways.

But it does suggest that The Last of Us is among the best-reviewed games made part of PlayStation Plus, so far.

“Whether you have already played the game and want to relive Joel and Ellie’s epic journey – or experience it for the very first time, The Last of Us Remastered has you covered with both The Last of Us and The Last of Us: Left Behind.

“The Last of Us takes place 20 years after a pandemic has radically changed civilisation, where infected humans run wild, and survivors are killing each other for food, weapons – whatever they can get their hands on.

“Joel, a violent survivor, is hired to smuggle a 14 year-old girl, Ellie, out of an oppressive military quarantine zone, but what starts as a small job soon transforms into a brutal journey across the U.S.

“In The Last of Us: Left Behind, new light is shed on Ellie’s relationship with Riley, her best friend and sometime-mentor from a military boarding school they grew up in together. After disappearing for weeks, Riley returns with a surprising revelation on her whereabouts.

“Ellie and Riley sneak out of school for the last time, leading to a series of events that will forever change both of their lives.

“We hope this epic adventure will keep you entertained right before the sequel hits store shelves. In case you missed it, check out all of the details on The Last of Us Part II that were announced during State of Play.

“The Last of Us Part II is available now for pre-order, so mark your calendars.”

PS Plus gamers still have plenty of time to download Arkham Knight and Darksiders III, which will be available to claim until September 30.

Call of Duty Down: Modern Warfare server status latest for January 23
Recent Posts
We and our partners use cookies on this site to improve our service, perform analytics, personalize advertising, measure advertising performance, and remember website preferences.Ok