Games Inbox: Will you still pre-order a PS5?

COD: Black Ops-Cold War: All Wildcards And Field Upgrades In The Beta 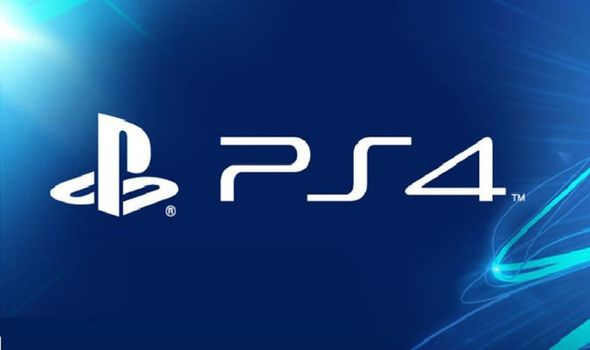 Today’s choices of free PS4 games to try out include some big titles, although some options won’t be around forever.

Sony likes to keep its digital lineup stocked with new trials and demos and this weekend is no different.

So for anyone who owns a PS4 console and wants to try something new, there are a few options to pick through on the PSN.

One of the top choices will be the free Marvel’s Avengers open beta, which ends later today, August 16.

While gamers will only have a short time to download and play today, it will certainly be worth a look.

The full game experience will cost money and is scheduled to launch during September 2020, across multiple platforms.

You get to squad up and play in the role of one of your favourite Avengers, as you look to take down AIM and rebuild the world’s trust in the famous Super Hero Team.

Until these latest tests, it’s been hard to pin down exactly what kind of game Marvel’s Avengers was going to be.

Luckily for us, this latest test means you can sign in to your PS4 and find out for yourself, ahead of the big launch next month.

And the good news is that even if you download the beta too late and miss out on your chance to log in today, the open beta test will be returning.

Square Enix has confirmed that its final Avengers game beta is scheduled to kick off on August 21.

This will put you in the perfect position to enjoy the beta until its final end date, which has been set for August 23.

(AND FOR THOSE NOT INTERESTED IN MARVEL’S AVENGERS —- The Elder Scrolls Online is free to download and play until August 20, 2020.)

It should be noted that you will need a Square Enix Members account to participate in the Marvel’s Avengers BETA.

This process is used by the Square Enix to validate pre-order codes and content, as well as to deliver post-launch content, like new heroes, new missions, and new regions at no cost.

It’s another loop you have to jump through but should leave with something new to play this weekend, or the next.

Sony has also been confirming some of the stuff gamers can get by pre-ordering the game, if they like it after the beta.

This includes early access to the game, starting three days ahead of everyone else.

According to Square Enix, these are the benefits on PS4 for pre-ordering Marvel’s Avengers, both physical and digital, editions:

Marvel Legacy Outfits – The Avengers each learned their true potential as a Super Hero in various ways, but also in numerous looks that would inspire their more well-known attire. The Marvel Legacy Outfits are inspired by moments from the comics that defined who each Avenger was as they embraced their powers to become the icons they are today.

Front Line – Captain America’s bravery shines in his soldier uniform from his time enlisted in the military during World War II.- Iron Will – Iron Man was able to deceive his captors by building this armor to escape.- Classic Stealth – The first time Black Widow’s iconic black suit appeared in the comics, it looked like this Outfit – complete with the Widow’s Bite.- Asgard’s Might – Thor’s winged helmet, chest installations, and red cape were his trademark from the very beginning of his origins.- Greater Good – Before Ms. Marvel went on one of her first missions, she made a makeshift costume that looked like this Outfit.- Breakthrough – When The Hulk first emerged, his massive body tore through Bruce Banner’s clothing to resemble an experiment gone wrong.

Exclusive Nameplate – Feel the strength of being part of a team with this Nameplate that can be equipped on any of the core six Avengers (Captain America, Iron Man, Black Widow, Thor, Ms. Marvel, Hulk).

Ms. Marvel’s “Talk to the Hand” Emote (PlayStation Only) – So the face understands, this Emote for Ms. Marvel is sure to send a message to any enemy that dares cross her path.

PSN Theme (Sony PlayStation Exclusive, Digital Pre-order Only) –This PSN theme contains a simple yet slick hex pattern to brighten up your display.

Games Inbox: Will you still pre-order a PS5?

COD: Black Ops-Cold War: All Wildcards And Field Upgrades In The Beta
Recent Posts
We and our partners use cookies on this site to improve our service, perform analytics, personalize advertising, measure advertising performance, and remember website preferences.Ok