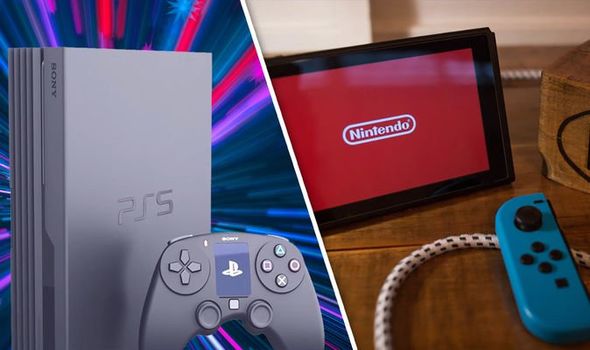 Nintendo may have just proven why Sony needs to hurry up and launch the PS5.

Ever since PS5 system architect Mark Cerny revealed details about the next-gen PlayStation, fans have been speculating about the release date.

Cerny himself ruled out a 2019 launch, which means a 2020 release is almost guaranteed.

Ace Research Institute analyst Hideki Yasuda believes that a November 2020 release date makes the most sense, although previous reports claimed that it would launch in March 2020.

The Nintendo Switch launched in March 2017, and Nintendo has been laughing all the way to the bank ever since.

And proving that the PS5 had better hurry up and launch already, the Nintendo Switch has now overtaken the PS4 as the most popular console in Japan.

What’s remarkable about Nintendo’s victory is that the console has only been around for two years.

The PS4, on the other hand, made its Japanese debut in February 2014.

Of course, the PS4 hasn’t exactly been a failure, selling more than 90 million units worldwide.

Sony will be hoping for similar success when the powerful PlayStation 5 makes its debut.

It’s all possible due to a custom Radeon Navi GPU, not to mention a CPU based on the third generation of AMD’s Ryzel line.

“The CPU is based on the third generation of AMD’s Ryzen line and contains eight cores of the company’s new 7nm Zen 2 microarchitecture,” the Wired post explains.

“The GPU, a custom variant of Radeon’s Navi family, will support ray tracing, a technique that models the travel of light to simulate complex interactions in 3D environments.

“While ray tracing is a staple of Hollywood visual effects and is beginning to worm its way into $10,000 high-end processors, no game console has been able to manage it. Yet.”

The AMD unit is also said to feature a custom chip for 3D audio, which is said to add far greater immersion.

But according to the post, Cerny is most excited about the changes to the hard drive.

The console will reportedly have a specialised solid-state drive, which will make loading times much faster.

In Spider-Man on a PS4 Pro, for example, it can take upwards of 15 seconds to fast travel from one location to another. The PS5, on the other hand, will be able to handle the same task in less than a second.

Worlds can also be rendered at far greater speeds, which should inject more pace into games.

Existing PlayStation VR devices will also work with the new console, although Sony is believed to also be working on a successor.

Likewise, it’s suggested that some upcoming PS4 games – like Death Stranding – will also launch on the PlayStation 5.