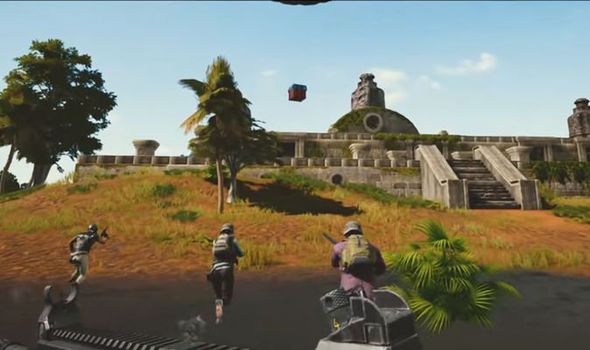 The scaled down version of PUBG has grown in popularity during its beta phase, offering gamers with less hardware firepower the chance to join in the BR craze.

PUBG LITE is a spin-off of the full version of PUBG on Steam, while PUBG Mobile can also be played on PCs via an emulator.

And now it’s been confirmed that PUBG Corp has expanded how many regions the PUBG LITE beta is available in.

In a new announcement shared in May, it was confirmed that the LITE version of PUBG would be launching in Brazil and Turkey.

The new message explains: “The Beta Test for PUBG LITE has been serviced since January 24th starting with Thailand, then to SEA regions and Bangladesh in February followed by Taiwan, Hong Kong, and Macau in March.

“We are thrilled to announce that PUBG LITE has further expanded our services to Brazil and Turkey!

“PUBG LITE teams are doing their best to bring the best features from all PUBG platforms to create a more enjoyable game that can run on diverse PC environments.

“The team is always trying to reflect the players’ feedback to make sure users experience better gameplay through PUBG LITE. Thank you for your support and see you in-game!”

It has also been announced that PUBG LITE servers are going offline to make way for a new content update.

There will be various bug fixes and content updates during this maintenance, however, the team has not revealed exactly what will be changing.

The other version of PlayerUnknown’s Battlegrounds supported by Tencent – PUBG Mobile – has also seen a new beta update released.

The biggest draw of downloading and playing the PUBG Mobile beta will be the new game mode. Team Deathmatch is live in the test version of the game and is available to play in FPP and TPP.

There are also new buildings being added to the game, as well as a range of bug fixes and gameplay improvements.

Tencent has not announced how long it will take for the full update to be pushed out to all users on Android and iOS.