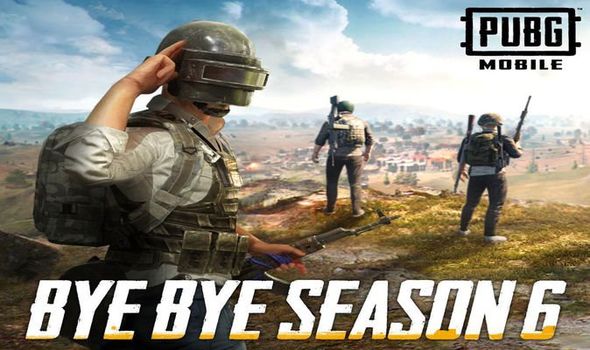 New changes are coming to PUBG Mobile this week, with Season 7 set to start and a new game management system being implemented.

As you may already be aware, Fortnite Season 6 is ending and the start of Season 7 is expected to happen soon after.

Tencent posted a message online, telling fans: “Time to say goodbye to Season 6. Hope you had an amazing season!”

And when fans asked when PUBG Mobile Season 7 would start, they replied on Twitter: “It’s getting really close!”

This would fit in with a recent leak that claims Season 7 will kick off with new server downtime, followed by the release of a new update.

New reports indicate that this will happen tomorrow, May 16, although there is a chance that things could run differently depending on which region you live in.

Looking at past season launches, this could mean that server downtime will be announced for the early hours of May 16, followed by the start of Season 7 on May 17.

At some point between these two dates, Tencent will release a new update, containing new modes for fans to enjoy.

There will also be a range of cosmetic rewards, as well as the start of the new Royale Pass on May 18.

If the rumours do prove correct, we should see an in-game announcement confirming server downtime within the next 24-hours.

And while the start of Season 7 will be exciting for a lot of PUBG Mobile fans, it’s not the only big change being made this week.

Tencent has also announced the launch of a new gameplay management system for this hit Royale shooter.

The new system encourages players to create a sustainable and balanced PUBG MOBILE experience, according to Tencent.

Upon logging in for the first time, players will be asked to confirm their age to activate the Gameplay Management system, with players under the age of 18 having to acknowledge a gaming advisory before they can start the game.

Also, the system will use pop-up notifications about game time to reminder players to rest or stop the game.

The Gameplay Management system has been deployed recently in certain areas and will be appearing in other markets in stages.

“PUBG MOBILE is committed to being a responsible interactive entertainment provider. With experts worldwide examining the impacts of technology and videogames on players of all ages, our team wants to ensure our community is equipped to make informed choices when it comes to PUBG MOBILE,” said Vincent Wang, General Manager of Global Publishing Department, Tencent Games.

“Today’s announcement is a proactive step in ensuring that hundreds of millions of players worldwide can continue to enjoy PUBG MOBILE in a sustainable manner.”

It doesn’t sound like the new gameplay management system will be part of the new update going live in the UK this week.

However, there is a chance it could appear in the coming weeks, based on the new statement released by Tencent.

PUBG Mobile has been facing pressure in various countries based on the time players have been spending in the game.

So it seems likely that this global release will be a new feature that is set to stick around for a while.