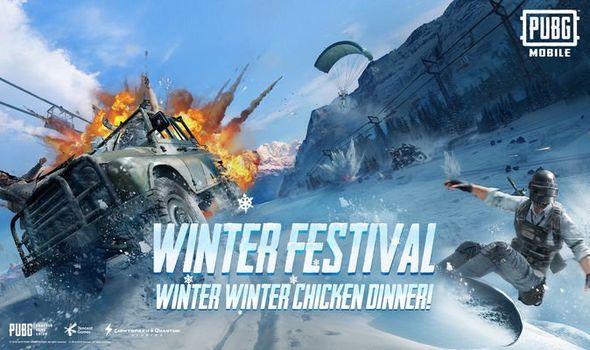 PUBG Mobile update 0.16.0 is officially out, with some players facing issues.

Gamers on Android and iOS are reporting issues connecting with friends following the new patch release.

This could be down to PUBG Mobile gamers running the game on the older version.

But with the new update now out, this shouldn’t be an ongoing issue facing fans on December 12.

One user explains: “I can’t add friends about 90% of the time after the update.

“No matter how many times I tap nothing shows up. The red square is where I tap and nothing responds, if I flip my phone the same thing happens. I have to close the game and hope that fixes it.”

Another adds: “I just started facing this issue, initially after the update it was fine but I can’t get it to work after several matches. Let me know if you find the fix.

“I’ve tried repairing, reinstalling and removing all data. It still occurs. On an iPhone XS Max.”

It’s unclear what is causing the issues but if this something that needs to be fixed, a small hotfix could be fixed sometime this week.

These are the reported changes made to the friend system in PUBG Mobile with update 0.16.0:

“After completing a match, players can tap and use the Invite Friend feature under their own Avatar in the results page.

“When the invite friend feature is used, teammates will see the invitations sent by players. Teammates can directly add players as a friend without waiting for the player to verify it again.”

And Tencent has offered a good reason to update to the latest version of PUBG Mobile before December 17.

In a recent blogpost, Tencent confirmed that there are new rewards for gamers update within the next few days.

This includes updating before December 17 to receive 50 Silver, 2,888 BP and a three Day Winter Dress.

“Players can skydive into the latest update for free on the App Store and Google Play.

“PUBG MOBILE has now won the best game of the year for two consecutive years. The update is also announced with the new game icon presenting the new logo of Tencent Games, which represents the spirit of “Spark More”.”

Today has also seen the official launch of the PUBG Mobile Winter Festival, with plenty of snowy activities to try out in-game including snowboarding in Classic Mode.