Red Dead Redemption 2 is a game that has earned limitless praise, and I will gladly continue to add to that for as long as I am able to speak. The game throws you in with the struggles of the Van der Linde gang as you endure the struggles and hope to come out safe and well in the end. The characters are the strongest part of this story, and you come to care about them deeply.

Well… most of the characters, that is. There are some that you would be happy not to bump into on your visits back to camp, or maybe you hover over that 'antagonize' option before showing restraint and walking away. However, should these select few find themselves on the long arm of the law, well… ain't that just a shame. 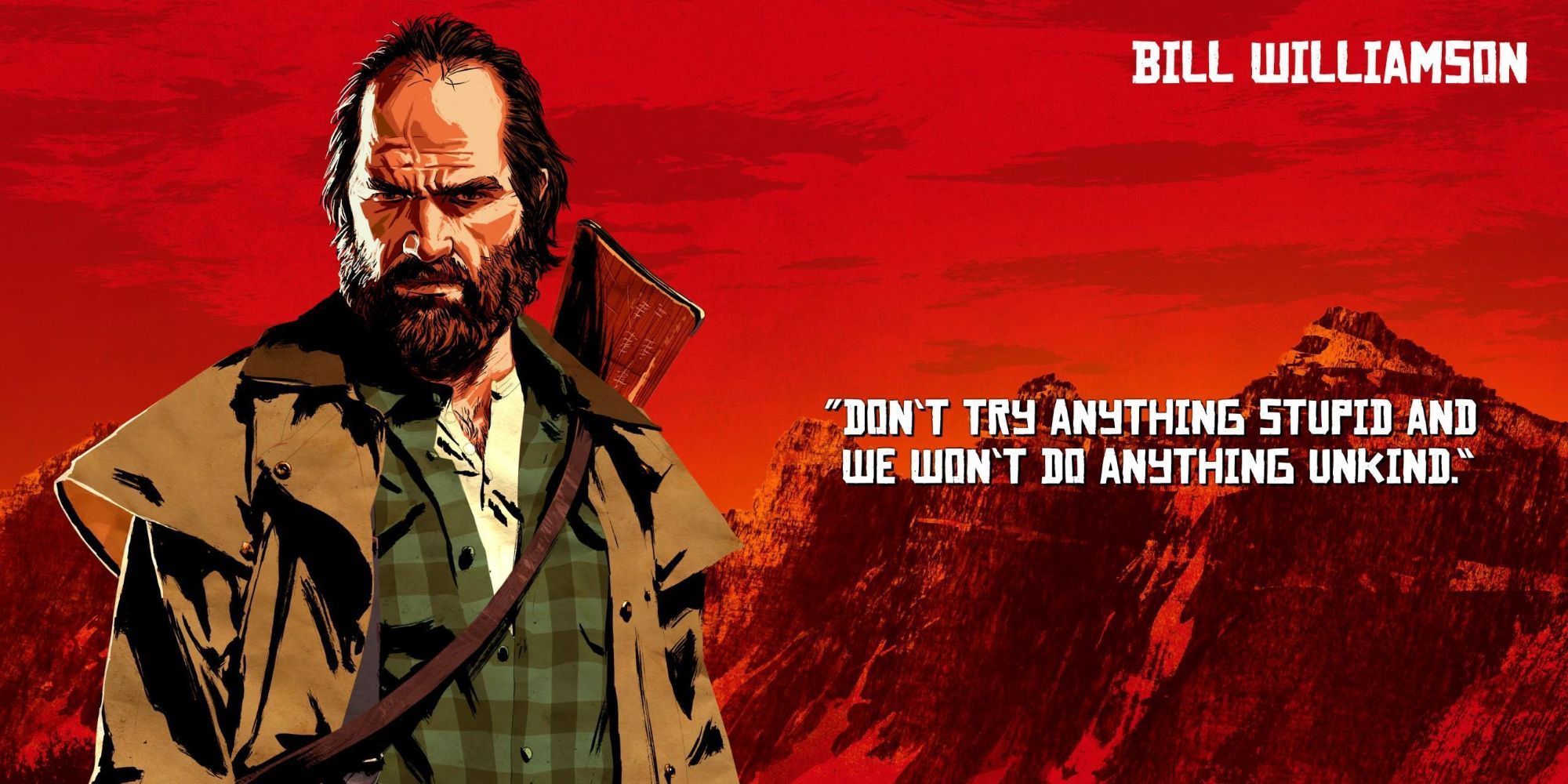 Bill Williamson is loud, brash, and – quite frankly – a little rude. So if someone like this happens to not be around in camp anymore, where everyone is living in close quarters… well I'm not going to go looking for him. Are you?

I'll be enjoying the peace and quiet, not once even thinking about that bushy-bearded, checked-shirt-wearing drunkard. I mean, I spent enough time searching for this guy in the first game, so let's just forget about him for now. 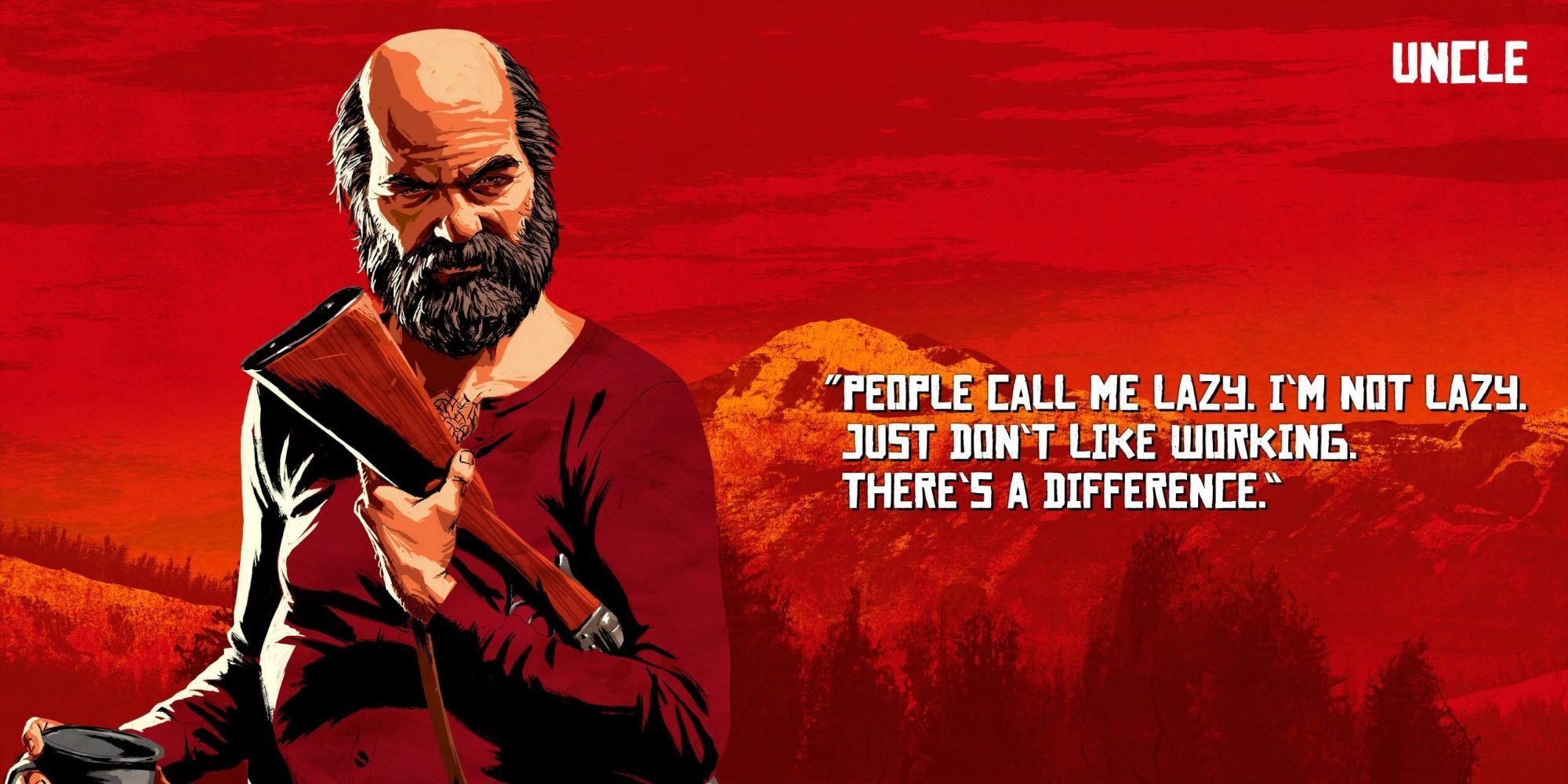 Hear that? Nothing. No complaining. No schemes. No lumbago. Essentially the older and somehow even less useful Bill, Uncle has survived plenty of shenanigans, so surely he'll be able to look after himself – wherever he has ended up.

I know there is a little sentiment here – we all love Uncle and his annoying charm. He somehow ends up living in John Marston's house, so that charm must really work. But hey, if he's locked up, it'll only be for a while, so enjoy it while it lasts. 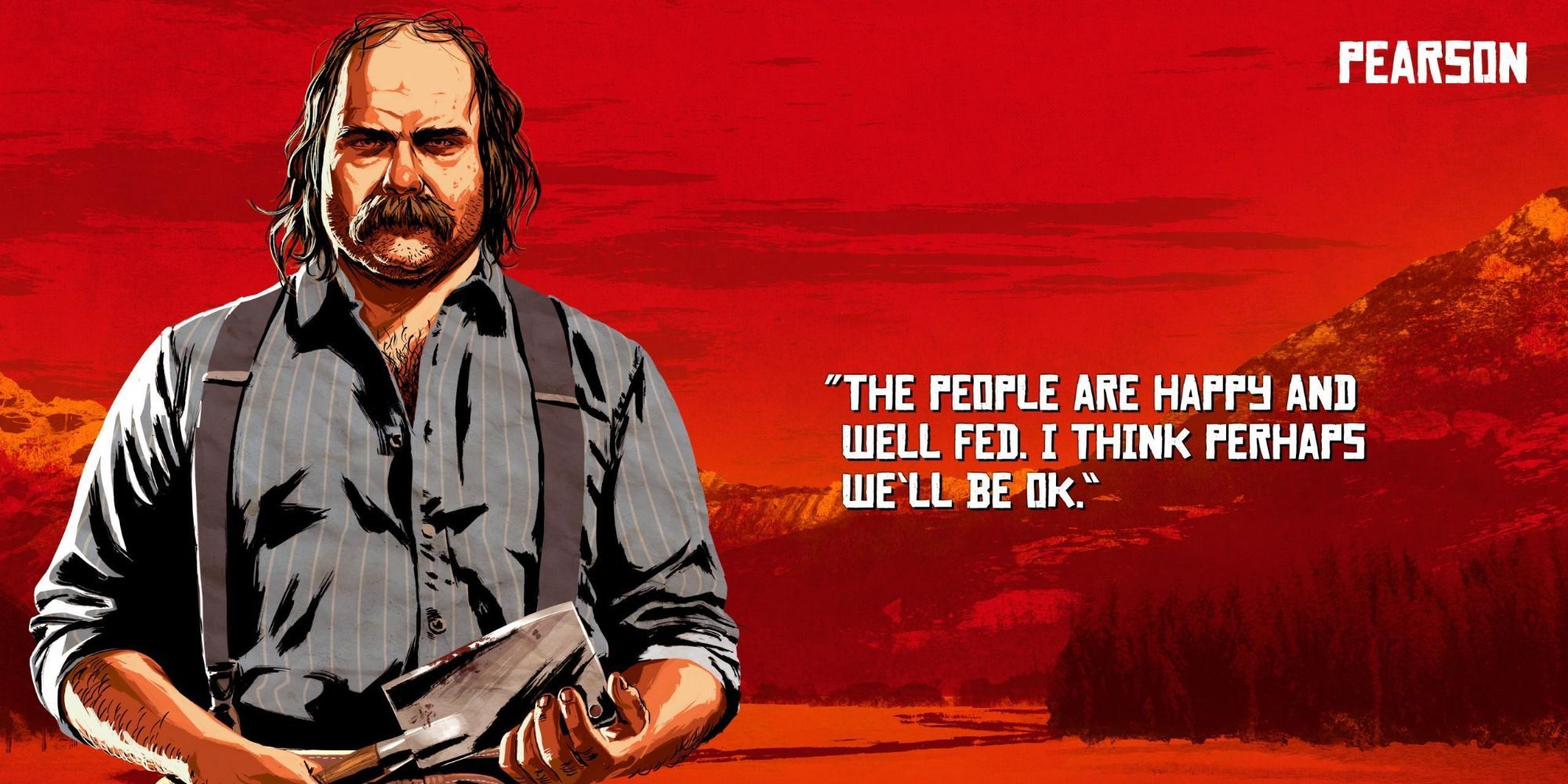 Okay, we're three for three on the loud and brash old men, but come on – we just want a little peace around here. The only caveat here is that Pearson makes the food, so that is pretty useful. Though, surely someone else in camp is able to make some decent food? They could work it out.

Outside of that, unless you like hearing another noisy man shouting tales of the navy, you won't be missing much from not having him around. Just remember where he's locked up in case the camp gets food poisoning. 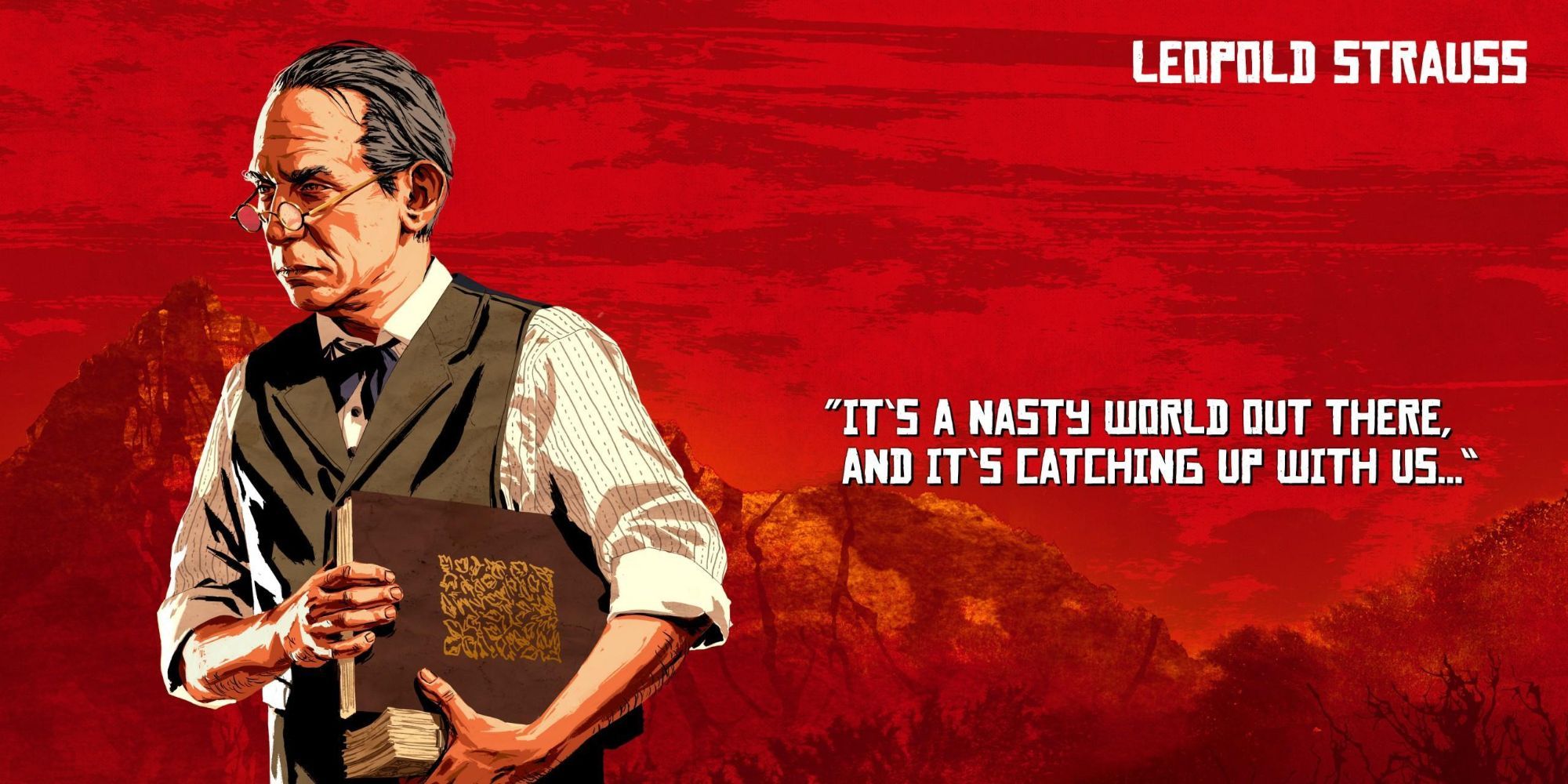 Opposite the others so far, Leopold is much quieter. He sits in his corner, writing down names, numbers, and planning out new extortionate loans that he's going to make Arthur handle. While the others might invoke an "oh, you!" response, I would quite happily turn in Strauss myself.

He must make the gang some good money, because outside of his numbers, I have no idea who actually wants Leopold around. He doesn't seem like family, as the rest do. If he happens to get locked up, we'll live. 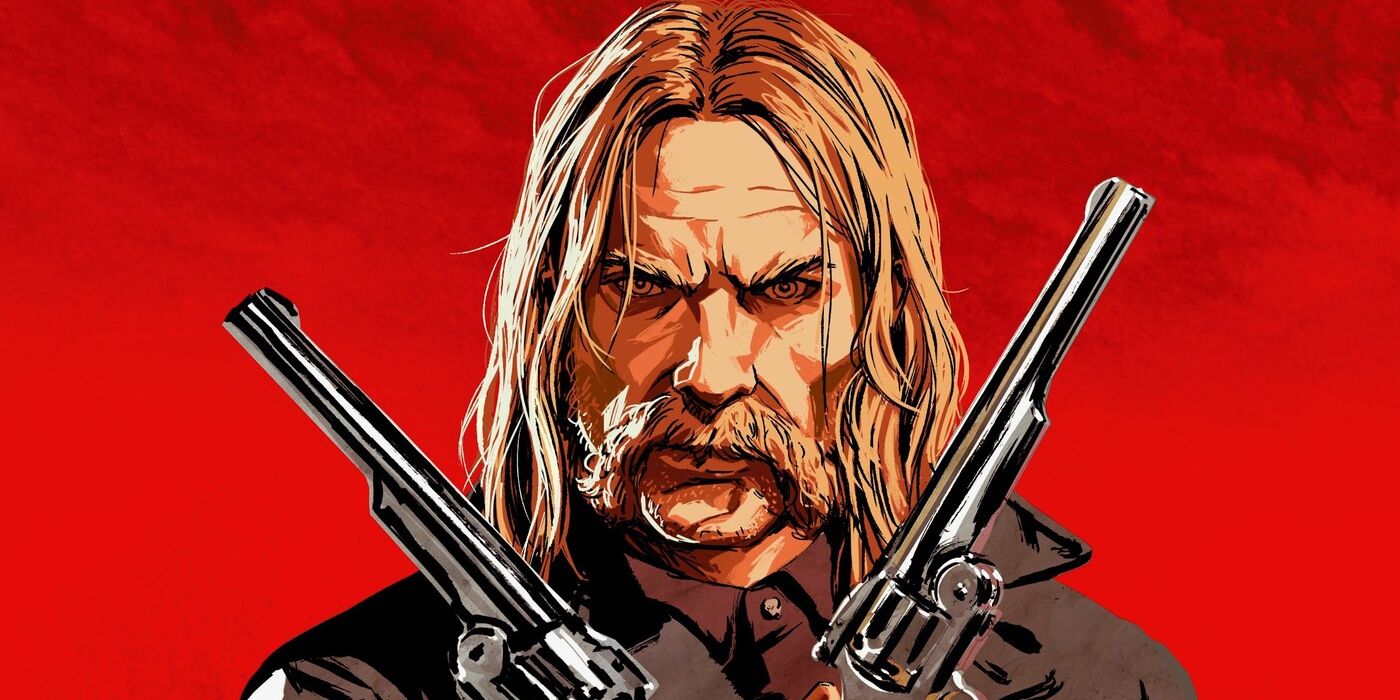