There are many secrets in Red Dead Redemption 2, but one of the most terrifying of the bunch has been hiding in plain sight, as NPC eyes pop out from their heads if they’re sitting far away on a bench. This living nightmare was discovered while looking at the lowest possible graphical levels that characters can have in the game.

A free roam camera can grant a wider vision to what’s actually happening around the player in a game outside of their vision, and provide a new perspective on what the developers prioritize in order for the experience to run smoothly. This, paired up with low graphic settings, can lead to funny scenes in Red Dead Redemption 2.

YouTuber “Shesez” first set eyes on this during an episode of Boundary Break. With the help of an unofficial tool called Freecam, made by user Evil Blunt, he started looking for developer techniques hidden within this vast open world game (around the 1:35 minute mark):

After lowering the quality of NPCs down to the lowest point possible, which required modifying the game’s installation files, the carefully-crafted characters all turned into horrifying beings made out of polygons. The YouTuber found there are multiple escalation tiers from pure polygons until the expected image result.

On what he calls level three, where NPCs already start to showcase facial hair and eyeballs without much detail for the face overall, if the NPC is sitting on a park bench (or just sitting at all) the eyes will bug out of their face. 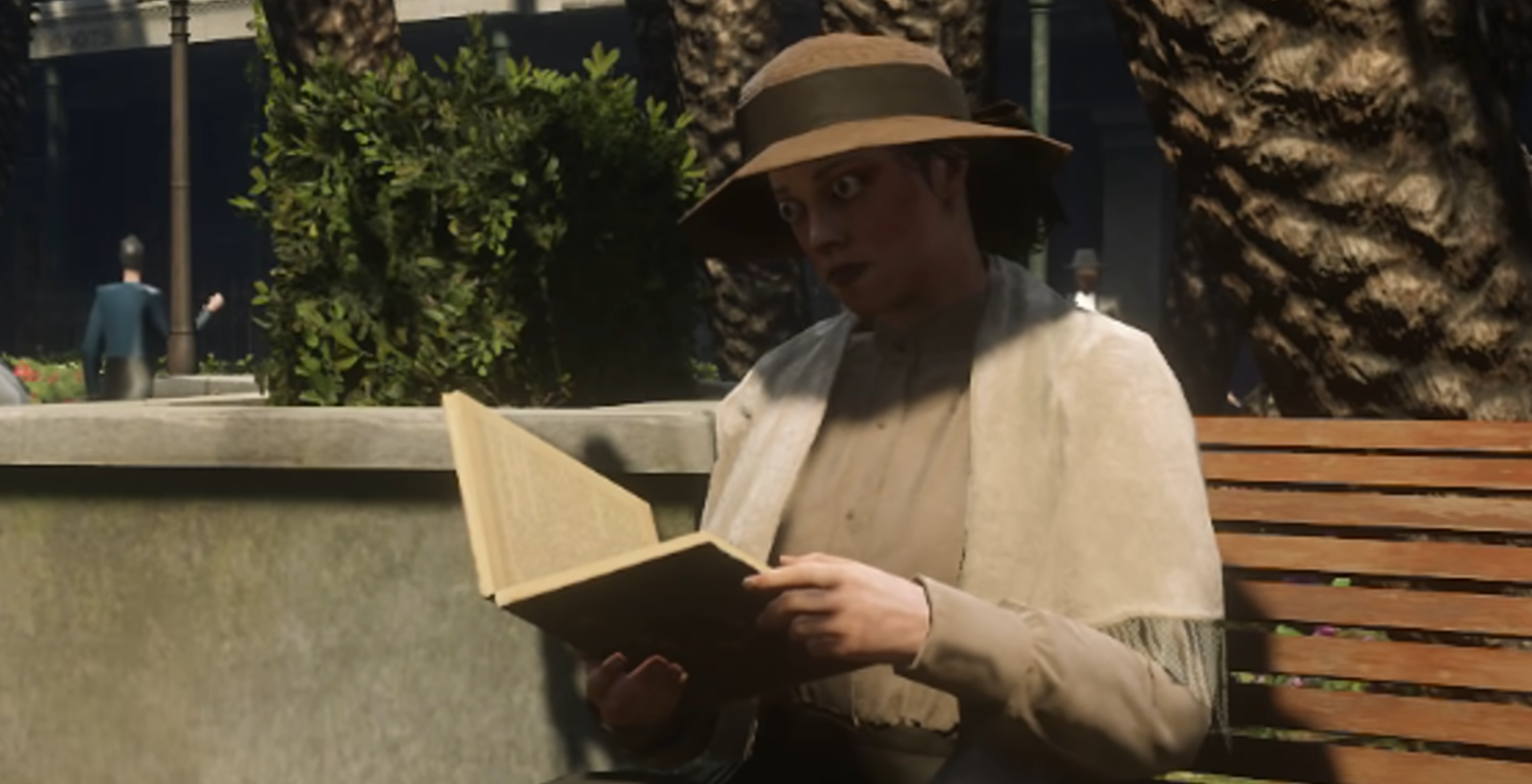 Of course, all video game models start from numbers and polygons, but players don’t usually get to witness the downgrade at such scale during gameplay, even in the lowest possible settings. As “Shesez” says in the video, this isn’t a glitch but an actual feature implemented in the game, brought to life after tweaking the system’s files.

This isn’t something that can be replicated easily (which saves us from a scare or two), but it’s interesting to see how all of these techniques actually play out in the background. A couple of weeks ago, a clip showcased how the AI of an NPC recognizes a mistake while disposing of a body, and actually corrects it in real time. Red Dead Redemption 2 continues to impress with its sheer attention to detail, but we can only hope that NPCs aren’t hiding another trick up their sleeve, or eye sockets.