It may surprise you to learn that the same number of Pokemon games were released on the Wii as the GameBoy Color. There’s two more if you include the Wii U – which I do, because it’s like saying 3DS and 3DS XL games are from different generations. We are big fans of the Wii here at TheGamer, with editor-in-chief and Chad Wii Enjoyer Stacey Henley naming it as her choice for the best games console of all time, but the Pokemon games released on it often go overlooked. There’s sometimes a good reason for that, but I’ll go through them all for you right here and you can judge for yourself.

If I had to guess, Pokemon Battle Revolution might be the Pokemon game other than Pokken that you guessed up in paragraph one. Battle Revolution is partly a successor to Gale of Darkness and partly a Pokemon Stadium, but was as good as neither.

There was no story mode, just battles, and you couldn’t even pick your team unless you connected a Nintendo DS with a Pokemon game. You had to make do with rental teams, and unlock more as you battled in more colosseums. The most notable part of Pokemon Battle Revolution, however, was the fact that you could get a Pikachu that knows Surf – a reference to the minigame in Pokemon Yellow – and transfer it to your DS games as many times as you wanted. 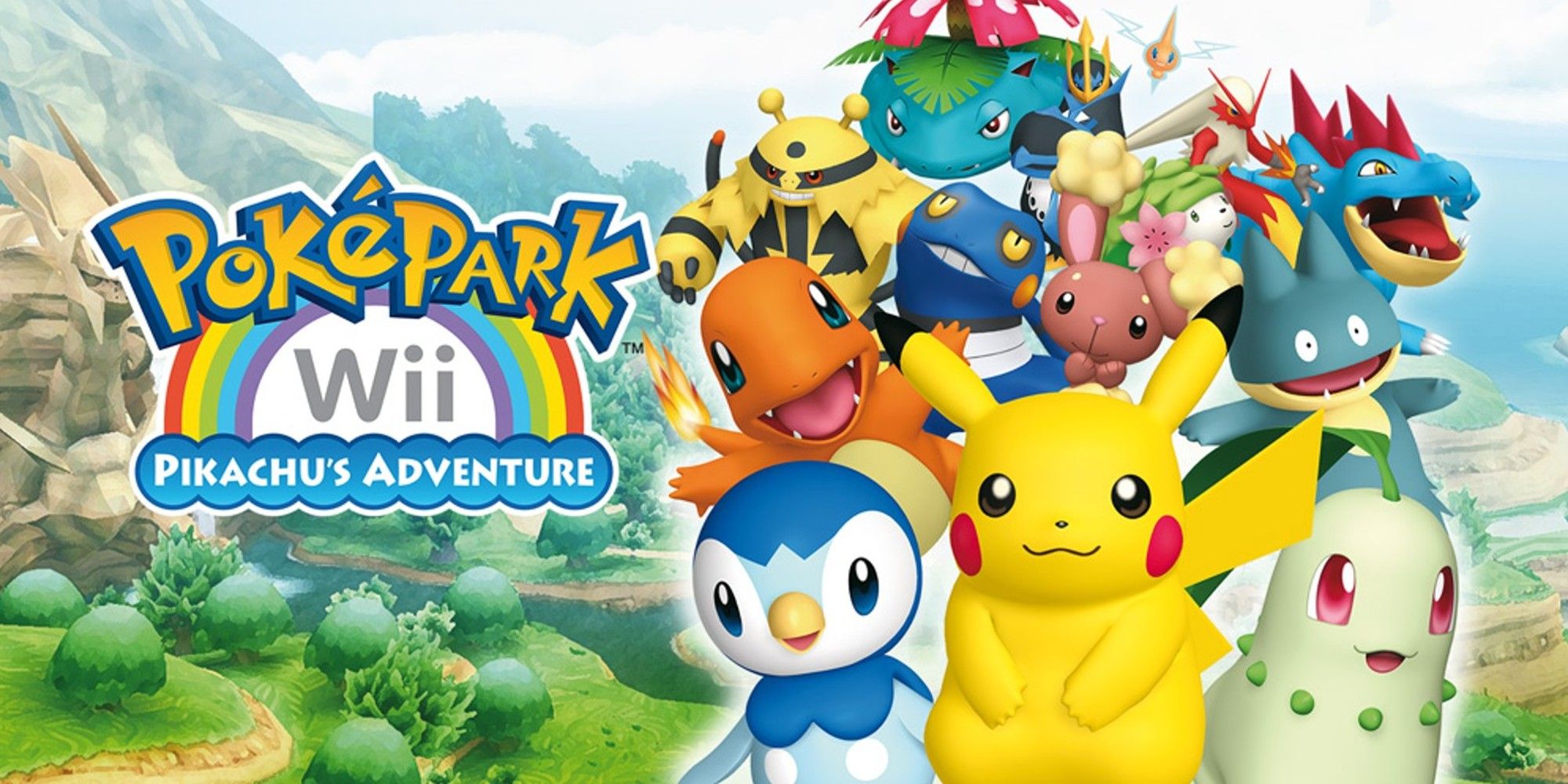 PokePark Wii was basically like those 50-in-one game cartridges you used to get off the local market when you were a kid. There’d be a knock-off Tetris game, something like a precursor to Candy Crush, and a bunch of pinball games. What, you all played ‘proper games’? Well, bully for you.

PokePark’s minigames were more varied, admittedly, from Bulbasaur's Daring Dash (like the 100m in Mario vs Sonic at the Olympic Games, where you shake your Wii remote to run fast), to Rotom's Spooky Shoot-'em-up (an arcade shooter definitely not set in Luigi’s Mansion). Looking back, a lot of the minigames involved some kind of dashing or bashing, but the distinct themes of the 3D worlds made every minigame feel a little bit different.

PokePark was so good that players demanded a sequel, and two years later The Pokemon Company obliged. Unfortunately, it cut the number of events down from 14 to just four, but attempted to make up for it by adding Snivy, Oshawott, and Tepig (everyone’s favourite starters, right? Right?) as playable characters. In its defence, PokePark 2 did also add four-player local multiplayer, although with so few minigames, that gets old pretty quickly. It’s no Mario Party, that’s all I’m saying. 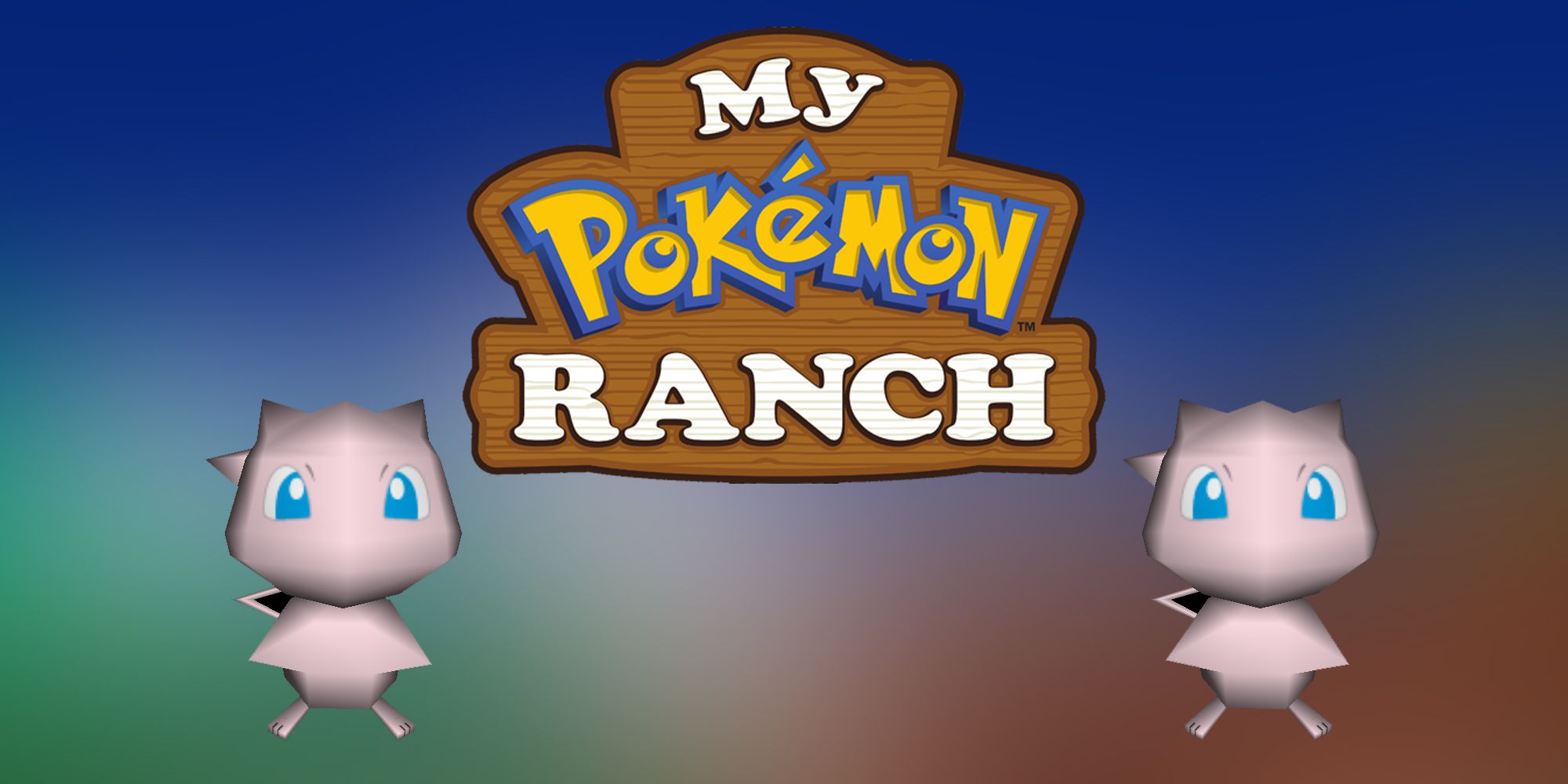 We’re into the WiiWare titles now and the quality is… variable. My Pokemon Ranch is essentially a precursor to Pokemon Bank; a place to store hundreds of Pokemon from your DS games. However, where Bank is essentially a cloud-based storage box, Ranch went to the effort to create 300 3D Pokemon models that IGN generously called “hideous” in its review.

The gameplay? The more Pokemon you store there (which all but requires a DS game to transfer them), the more Miis you can add to their ranks, and the more random events occur. You know, Pokemon climbing into totem poles on each others’ backs or walking in formation to make the shape of a clock? Great stuff. 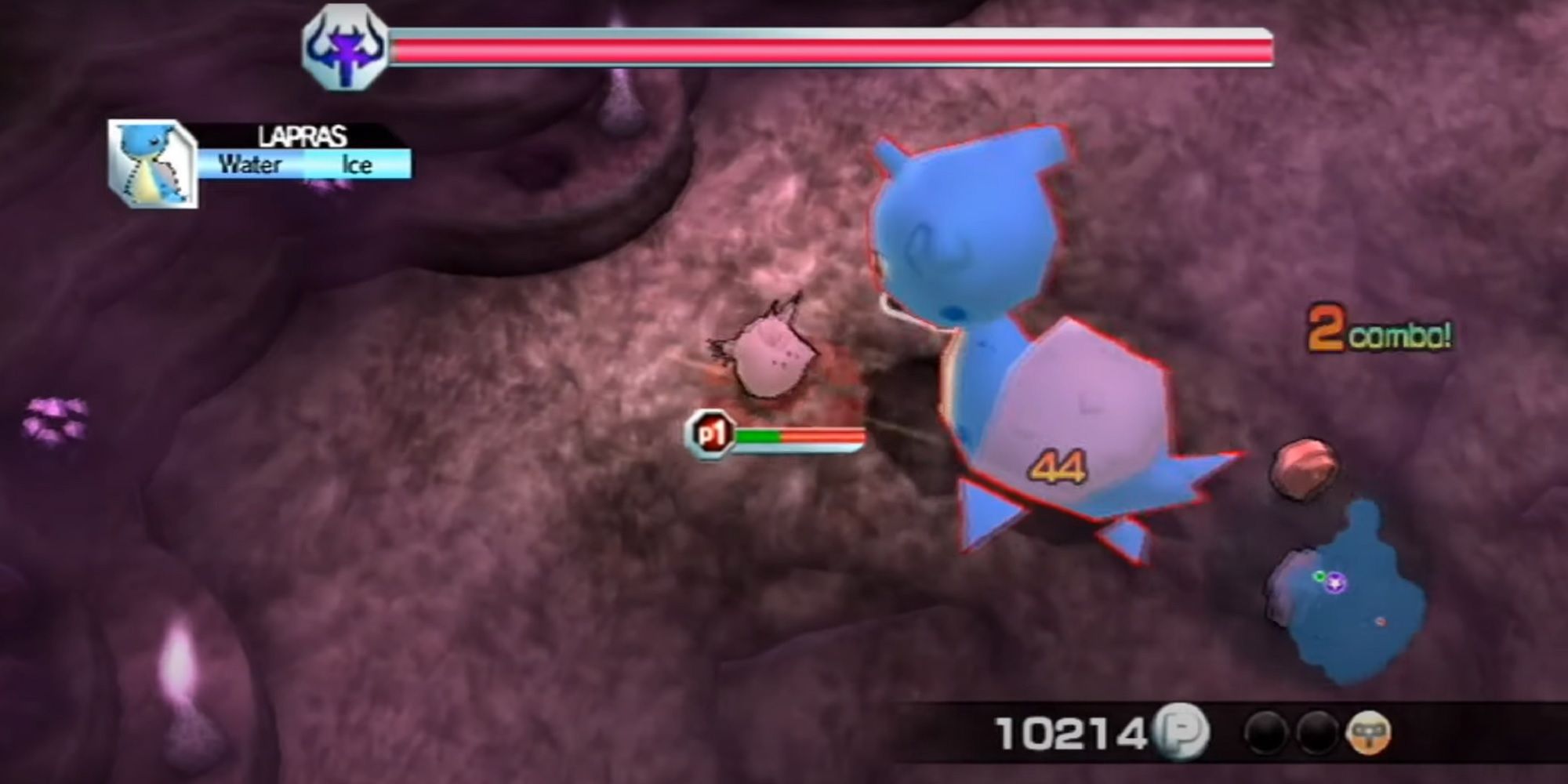 Not all WiiWare Pokemon games were that bad, however. Pokemon Rumble was a fully-fledged RPG along the lines of Pokemon Mystery Dungeon. There are a few reasons why Mystery Dungeon stood the test of time and Rumble didn’t, the foremost being that you didn’t play as actual Pokemon in Rumble, rather clockwork toy imitations of Pokemon.

This was basically used as a reasoning for why they didn’t evolve, but it was certainly a choice. It amazes me that there weren’t actual wind-up toys made alongside Pokemon Rumble, but who am I to tell The Pokemon Company how to market its worldwide franchise? Pokemon Rumble also ends with a battle royale, so it has that going for it, too. 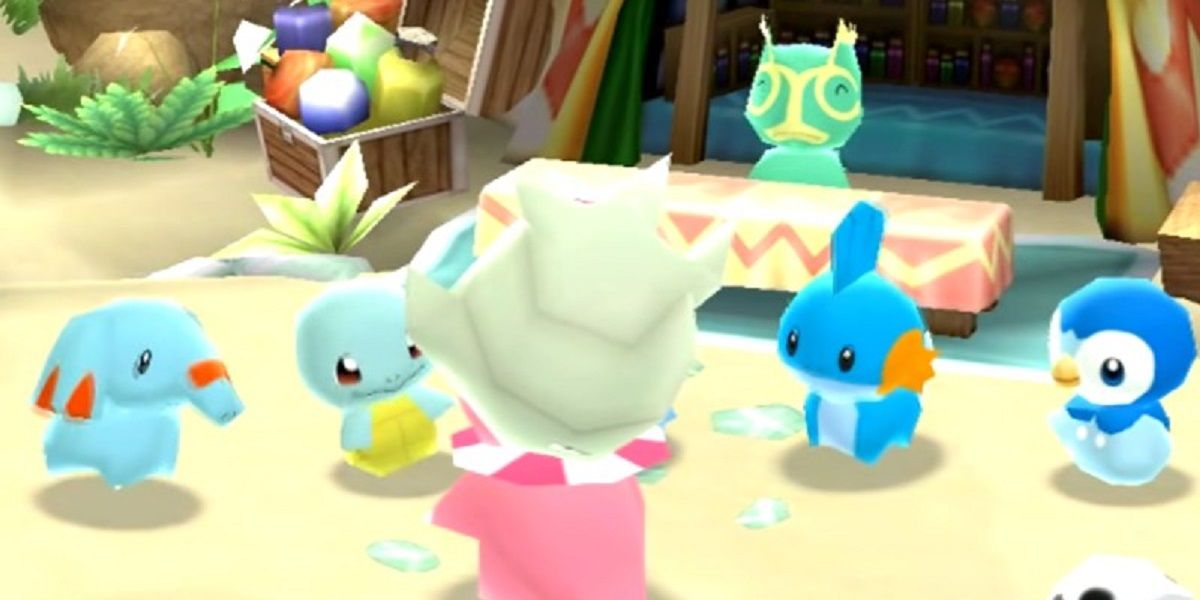 The WiiWare Mystery Dungeon titles improved on the DS games’ 3D designs (and was worlds better than Ranch in that respect), and even had version exclusive Legendaries; Registeel and Rayquaza in Light, Regice and Kyogre in Storming, and Regirock and Groudon in Blazing. A difficult choice. Unfortunately the games were never released outside of Japan, as it would be interesting to see how they stacked up against the rest of the Mystery Dungeon titles. 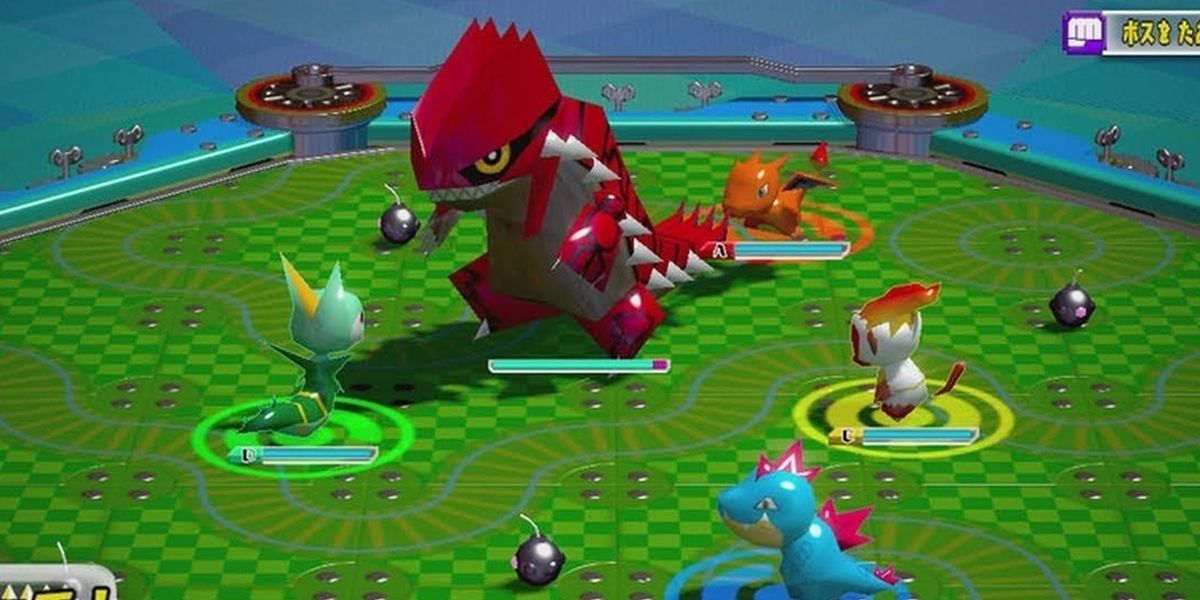 After a Pokemon Rumble sequel on DS, the clockwork Pokemon game got a threequel on the Wii U (two more Rumble games would follow on 3DS and Mobile respectively, if you’re interested). It’s the same vibes as the original, with multiplayer options added touchpad functionality to utilise the Wii U’s unique features.

Sadly, Rumble U focused too much on the NFC figurines sold separately (no, not NFTs, look them up). These were required if you wanted to give your favourite Pokemon a buff, which is an unnecessary cash grab for a game that, let’s face it, would never be played by a huge number of people. This isn’t what I meant when I asked for clockwork toys, Nintendo. 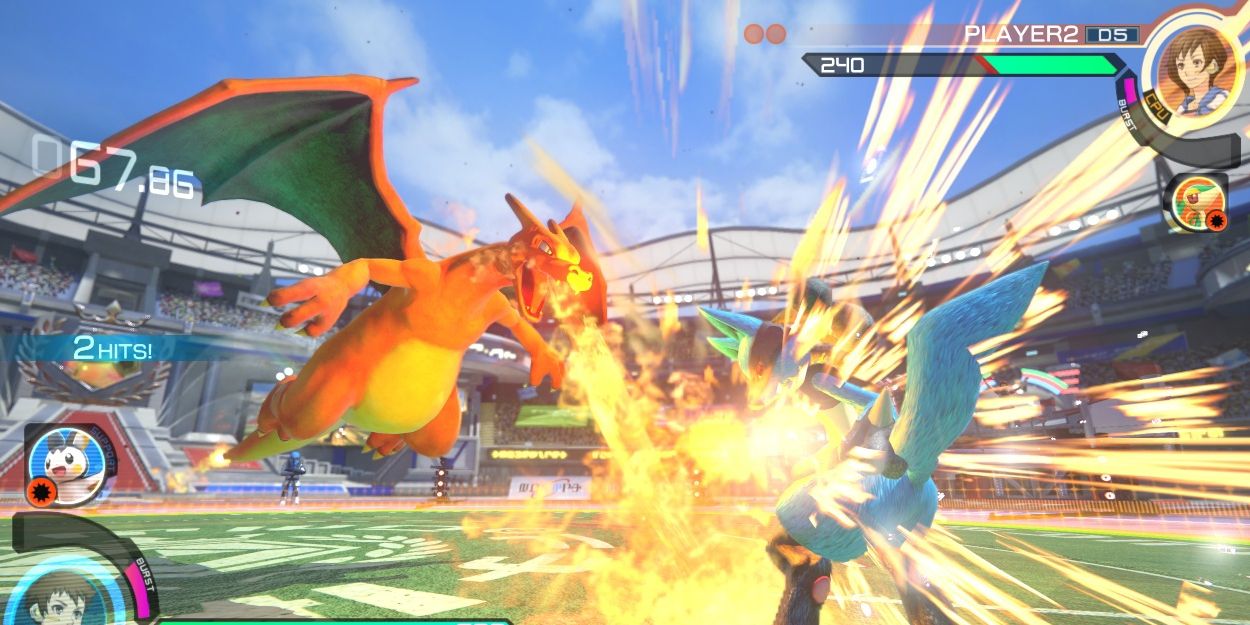 Finally, we get to Pokken Tournament. Bandai Namco’s Pokemon fighter is great fun and surprisingly robust, with a deep metagame and solid mechanics. It’s also the most memorable Pokemon game to be released on the Wii or Wii U, largely thanks to its unique take on Pokemon battles.

However, I believe that Pokken’s greatest addition to the Pokemon landscape – and possibly the Wii Pokemon games’ greatest addition, too – is that it put Pikachu Libre front and centre, because who doesn’t want to play as a Pikachu in wrestling gear? Pikachu Libre first appeared in Omega Ruby & Alpha Sapphire and has since become a status symbol in Pokemon Go, but it was Pokken that took it to the mainstream, and for that I am thankful.