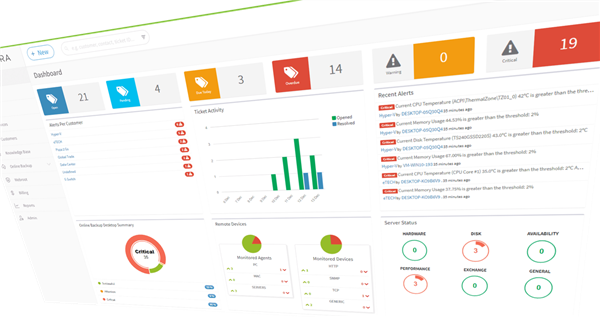 Atera, a remote monitoring and management (RMM) platform for IT teams, has $77 million in a series B round of funding led by General Atlantic.

RMM is a category of software used by managed service providers (MSPs) and other IT professionals to control and oversee entire IT systems, including servers, desktop machines, network devices, and more.

Atera’s software can help companies proactively address issues before they impact a customer, including automatically deploying security patches or detecting new devices on a network to install the necessary monitoring agent. It also supports remote access for IT troubleshooting, which is particularly notable at a time when the world has transitioned to a semi-permanent state of remote work, as well as related helpdesk and ticketing for prioritizing and managing any kind of IT issue. 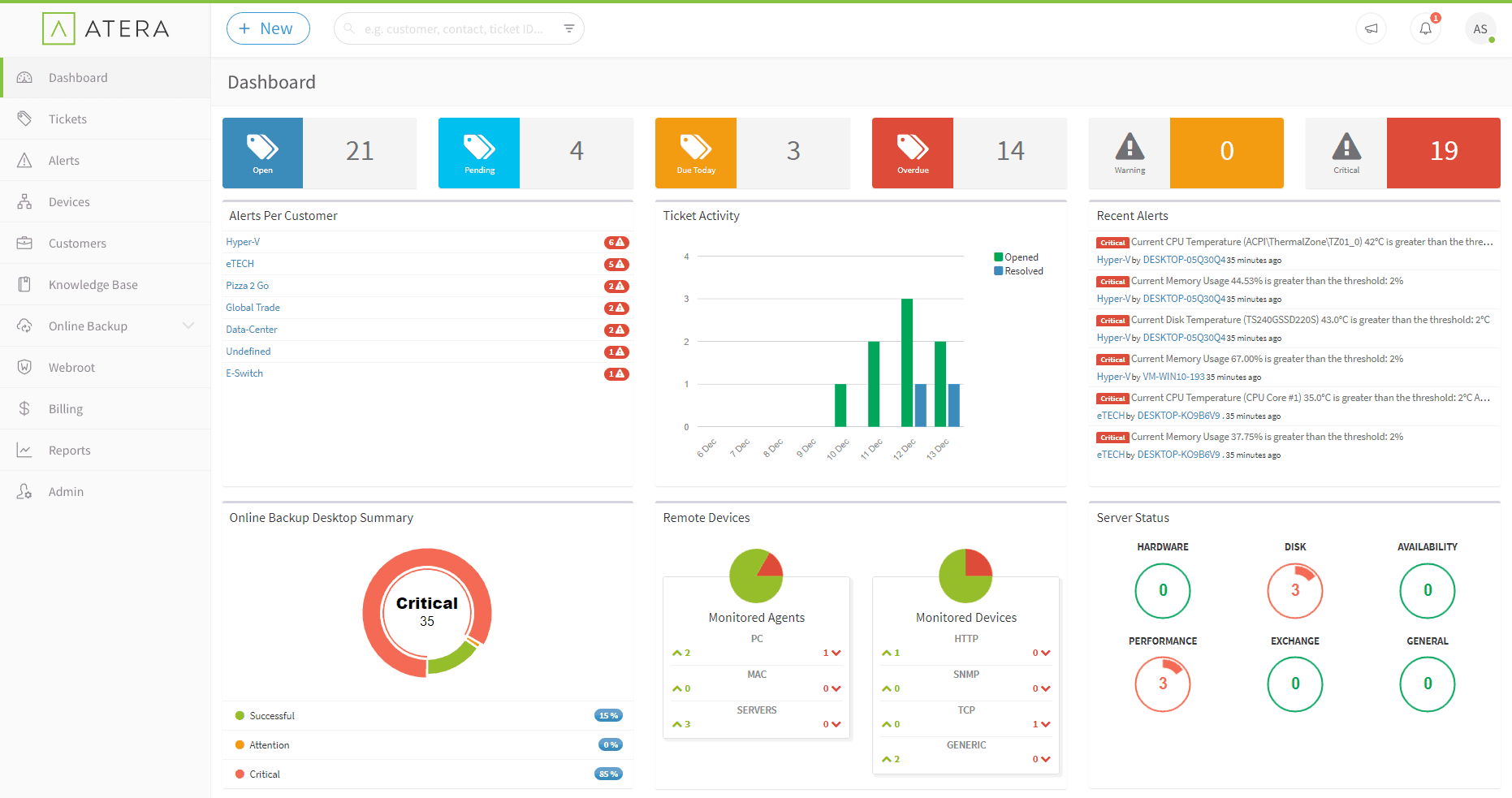 And that, ultimately, is where Atera is setting out to differentiate from the other myriad RMM players on the market — it’s pitched as an all-in-one RMM tool replete with helpdesk, reporting, and operations management.

“With the hybrid-remote work model here to stay, MSPs have pivoted from managing multiple devices on a shared network to managing multiple remote devices on individual networks,” Atera CEO Gil Pekelman told VentureBeat. “As such, they require a consolidated tool that allows them to maintain business continuity and quality of service while they undergo this digital-remote transformation.”

Atera, which was founded out of Tel Aviv in 2011, had previously raised $25 million back in February. With its latest cash injection and a valuation of $500 million, it’s now well-positioned to capitalize on industry’s continued shift toward remote working. Indeed, that the company has raised its first two rounds of funding five months apart, some ten years after it was founded, is indicative of the surge in demand for technologies that help companies embrace the distributed workforce.

“The largest growth driver over the past 18 months has been the dramatic shift to remote and now hybrid work,” Pekelman continued. “With this in mind, we understand that enabling a remotely distributed workforce is no longer a luxury, but a necessity for companies of all sizes.”