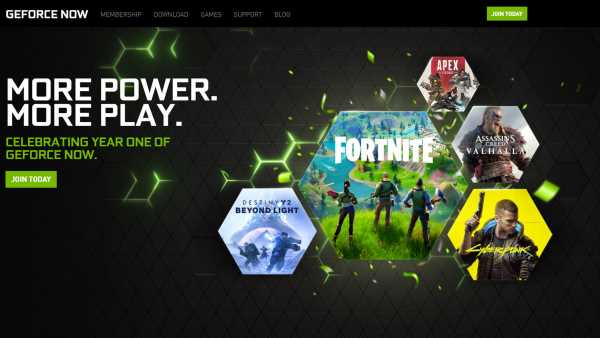 Q: Given the current graphics card drought, I thought I’d give GeForce Now a spin. What do I need for a good experience in it? I’ve never tried cloud gaming before.

A: If you watch our weekly Full Nerd live show, you’ll know that we’ve repeatedly recommended Nvidia’s game streaming service to combat the double whammy of the graphics card shortage and price increases—the key reason being, you can run it on a potato. GeForce Now lets you play games you own (provided they’re on the list of compatible titles) on extremely modest hardware, as GeForce Now’s requirements are minimal. You just need a CPU that can keep up with the stream—if your computer can run Netflix, it should be able to handle GeForce Now.

Not convinced? A year ago, we expanded the gaming repertoire of our ultra-affordable $300 gaming PC build by pairing it with GeForce Now. You can see how well it did in our live build video, where we took it for a spin in GFN after putting everything together.

But you’re not restricted to just PCs, either. Nvidia’s service also works on Macs, Chromebooks, Nvidia’s Shield TV media player, Android devices, and iOS devices via Safari. You can play through Chrome on Windows and Mac as well. (Right now, there’s no official support for Linux, but using Chromium or Chrome still seems to work. If not, you can try this community-created desktop app.)

The way your device connects to the internet will have a bigger influence on your GeForce Now experience than the hardware itself.

On the network side of things, you need an internet download speed of at least 15Mbps for 720p at 60 fps, and 25Mbps for 1080p at 60 fps. To keep that connection smooth, choose a wired connection to avoid stutters and drops. In some households, your router or modem may not be immediately near the device you want to play on, so Wi-Fi can and does work. (The experience often isn’t as seamless, though.) We prefer to make ethernet work by purchasing a long cable, then routing it discreetly around door frames or along the ceiling. My favorite solution is to pair 3M Command cord clips, which have an easily removable adhesive that doesn’t damage walls nor leave behind residue, and white ethernet cables, which blend into bland white rental walls fairly well. You can also go all out and run ethernet cabling through your walls if you have the time, money, know-how, and permission to do so.

Since GeForce Now has a free tier, you can test your setup without having to pay for a subscription. While the free plan does boot you after an hour of gameplay, you can do as many sessions as you like. Jump in now with what you have and then fiddle with your configuration until you’re satisfied.

Welcome to Ask an Expert, where we tackle your questions about PC building. Have your own burning concern? Shoot us an email at [email protected].