After venturing through the Overgrown Ruins, you will eventually come across Phrike, which is Returnal’s first boss. This is a step up from any other enemies you’ve faced so far, so make sure you’re prepared before taking on the challenge.

This guide will cover how to defeat Phrike, breaking down its attack patterns and phases so that you can have the upper hand.

How To Prepare For The Phrike Boss Battle 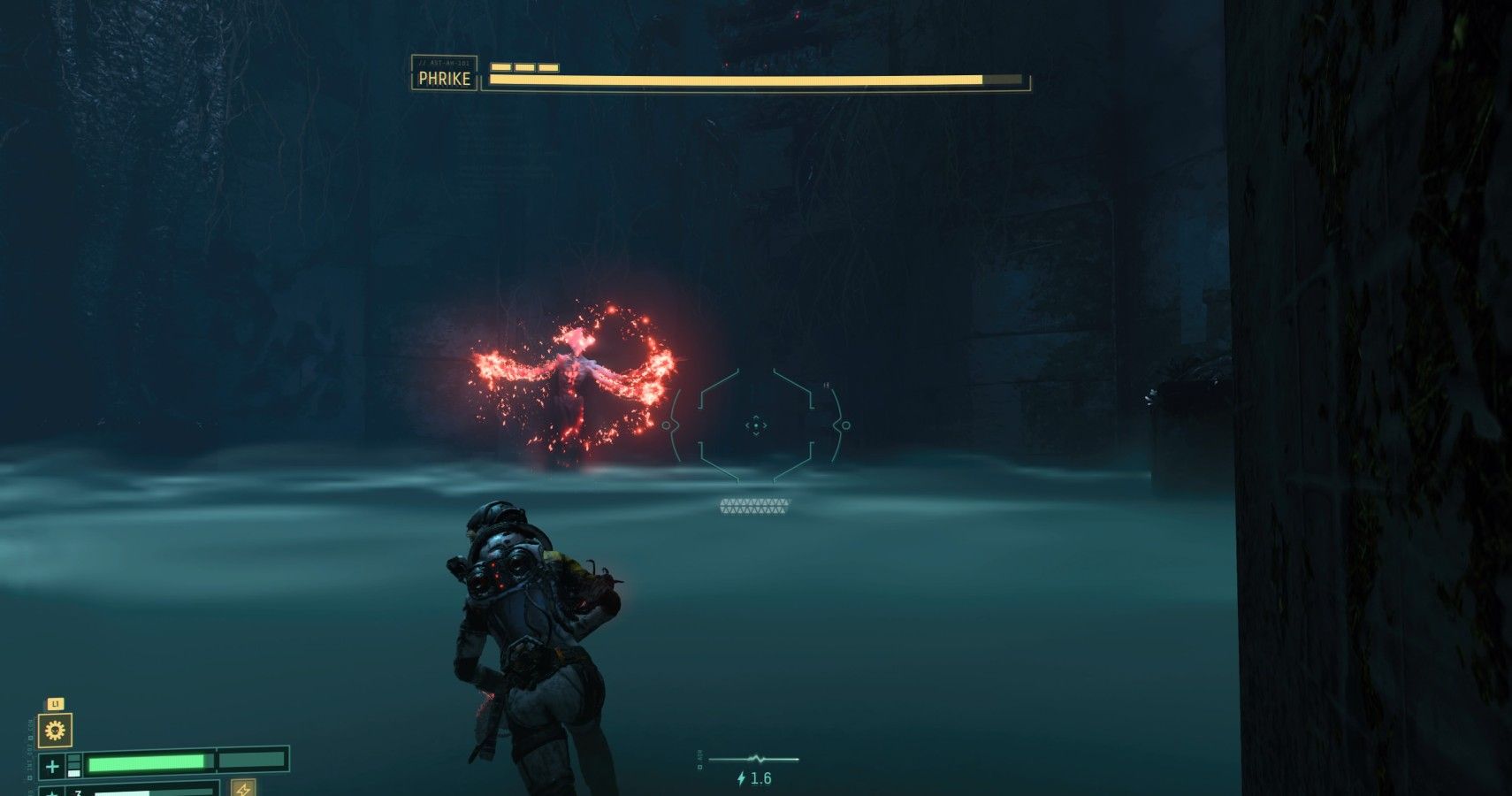 To prepare for the battle against Phrike, you’ll want to scour the Overgrown Ruins for useful Consumables, Artefacts, and Parasites.

Artefacts and Parasites will be less common, but you should still find some whilst adventuring through the first biome. Both offer positive effects to aid you in your journey, but Parasites also give you a negative drawback. Assess each one that you find carefully to decide whether it will aid you in combat.

As you explore, you might come across a group of Fabricators. If you do, take a look at all of the available items. Most of these will be extremely useful Artefacts and Consumables, so save some Obolites as you fight through the ruins.

Just before you face Phrike, use the teleporter to return to the Fabricators and buy some useful items.

How To Defeat Phrike 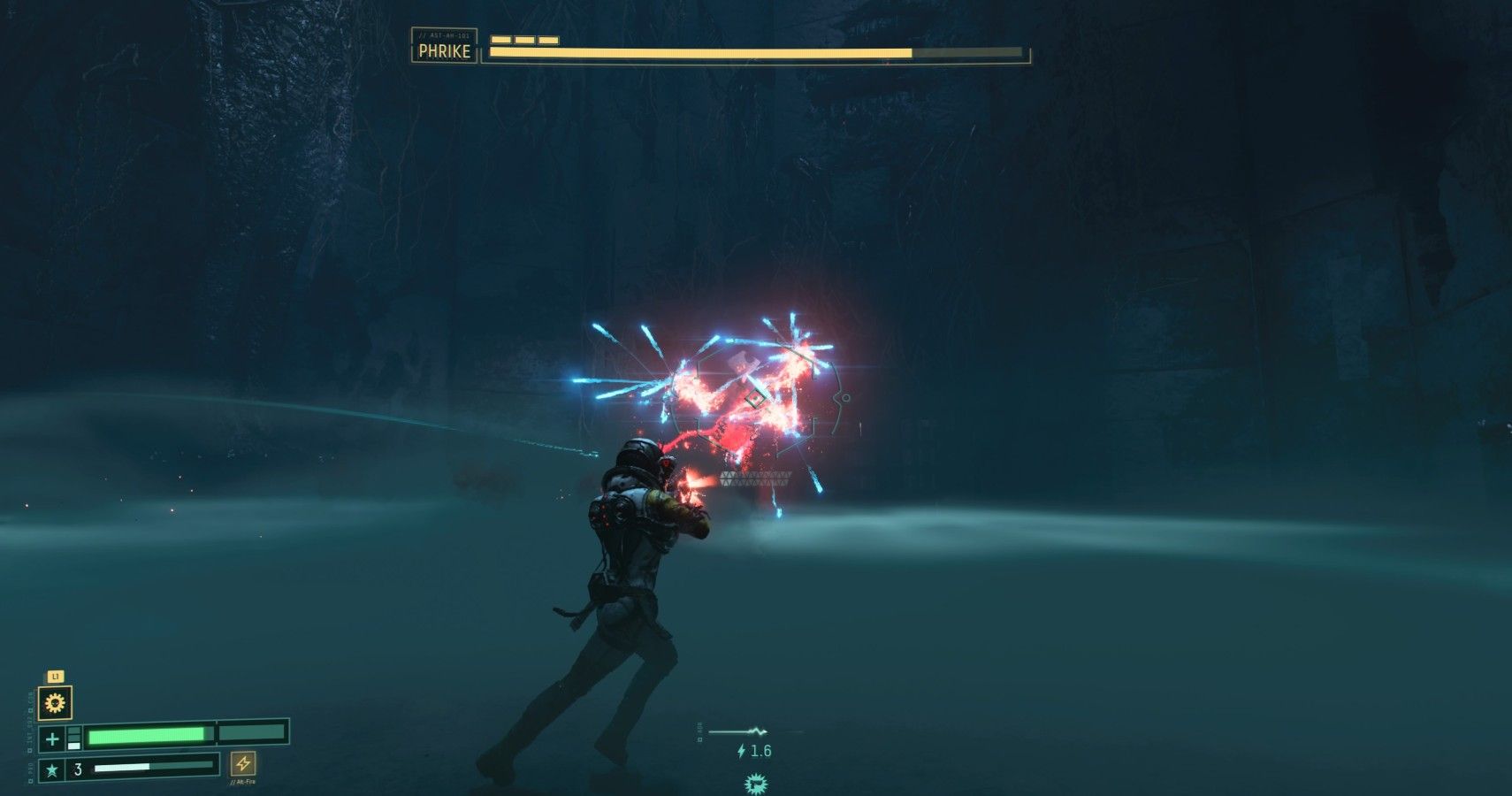 The battle against Phrike is split into three phases. They each feature similar attacks, but the speed and intensity take a drastic leap between each phase.

To advance to the next phase of the fight, you must drain Phrike’s health bar. That means that you need to drain its health three times to win the fight.

You can determine which phase of the fight you are currently in by looking at the health bar at the top of the screen. There will be three yellow rectangles above Phrike’s health bar. Each time you go to the next phase, a rectangle is removed. So, if there is one rectangle left, you are in the final phase.

It sometimes dashes to the side, but it mainly moves by sinking into the ground and swimming through the fog. You can tell where Phrike will reappear thanks to the orange glow in the fog.

How To Survive Phrike Phase 1 In Returnal 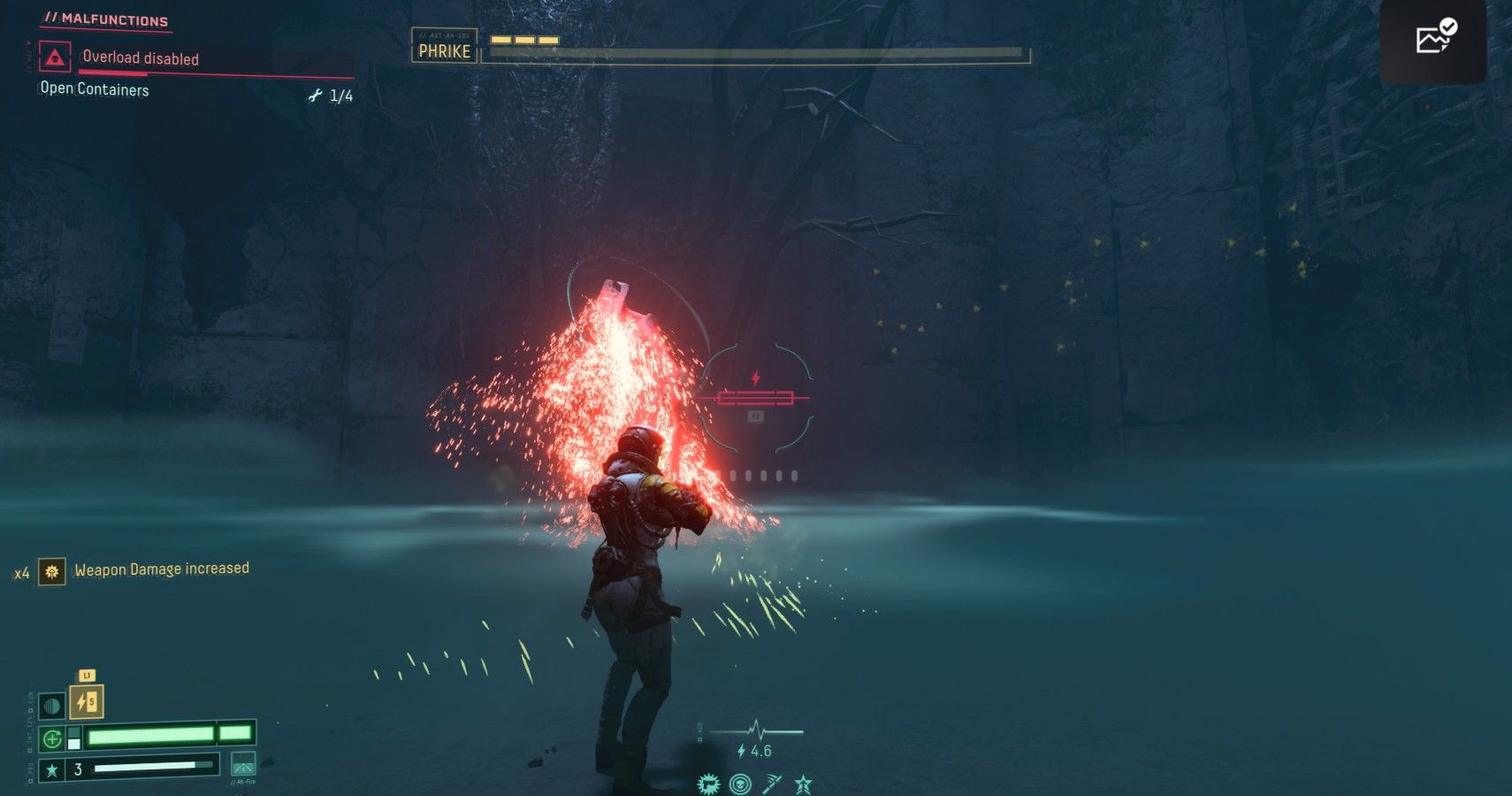 The fight against Phrike starts off relatively calmly (compared to the rest of the fight, at least). There are four main attacks you need to look out for in this phase.

When Phrike’s health bar is empty, a burst of energy will emit from its body and the second phase will begin.

How To Survive Phrike Phase 2 In Returnal 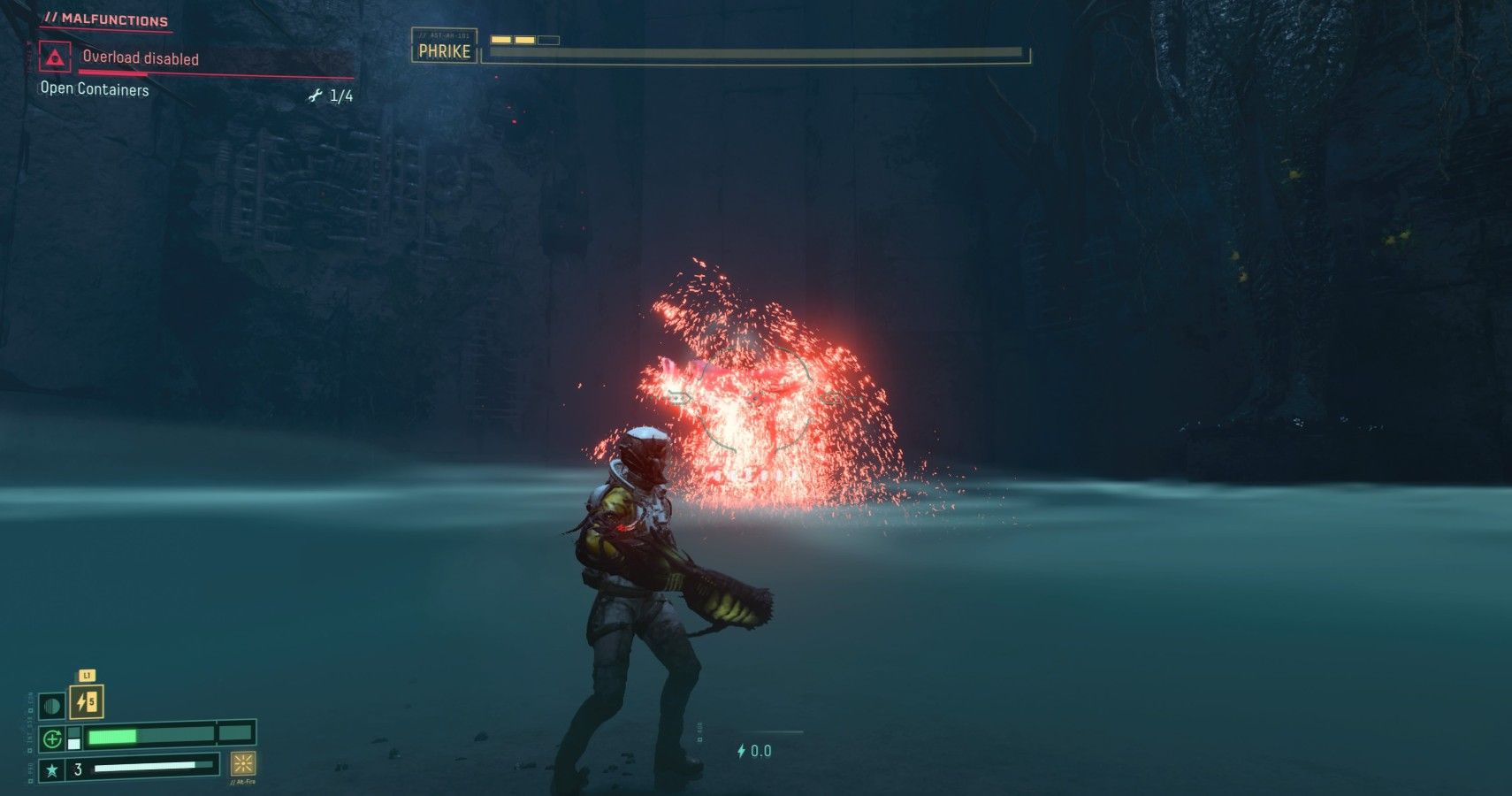 The second phase of the Phrike battle will introduce some powerful new attacks, so be prepared for the difficulty to step up.

Phrike will now dash towards you sporadically and swing its blade-like arm at you. This melee attack does a lot of damage, but you can avoid it by dashing just before Phrike hits you.

Sometimes, this melee attack is mixed in with another new move. Phrike will occasionally create a laser pulse that stretches out across the floor. This will hurt you on impact, and is always followed up by Phrike’s melee. Avoid both by jumping and dashing away from Phrike at the same time.

Phrike’s laser beam will now also sweep horizontally across the room, which is much more dangerous than the vertical attack from the previous phase. Avoid this by jumping and dashing over the beam as it approaches.

The rest of Phrike’s attacks are similar to the first phase. They will last longer and be more intense, but you can use the same tactics to avoid taking damage.

How To Survive Phrike Phase 3 In Returnal 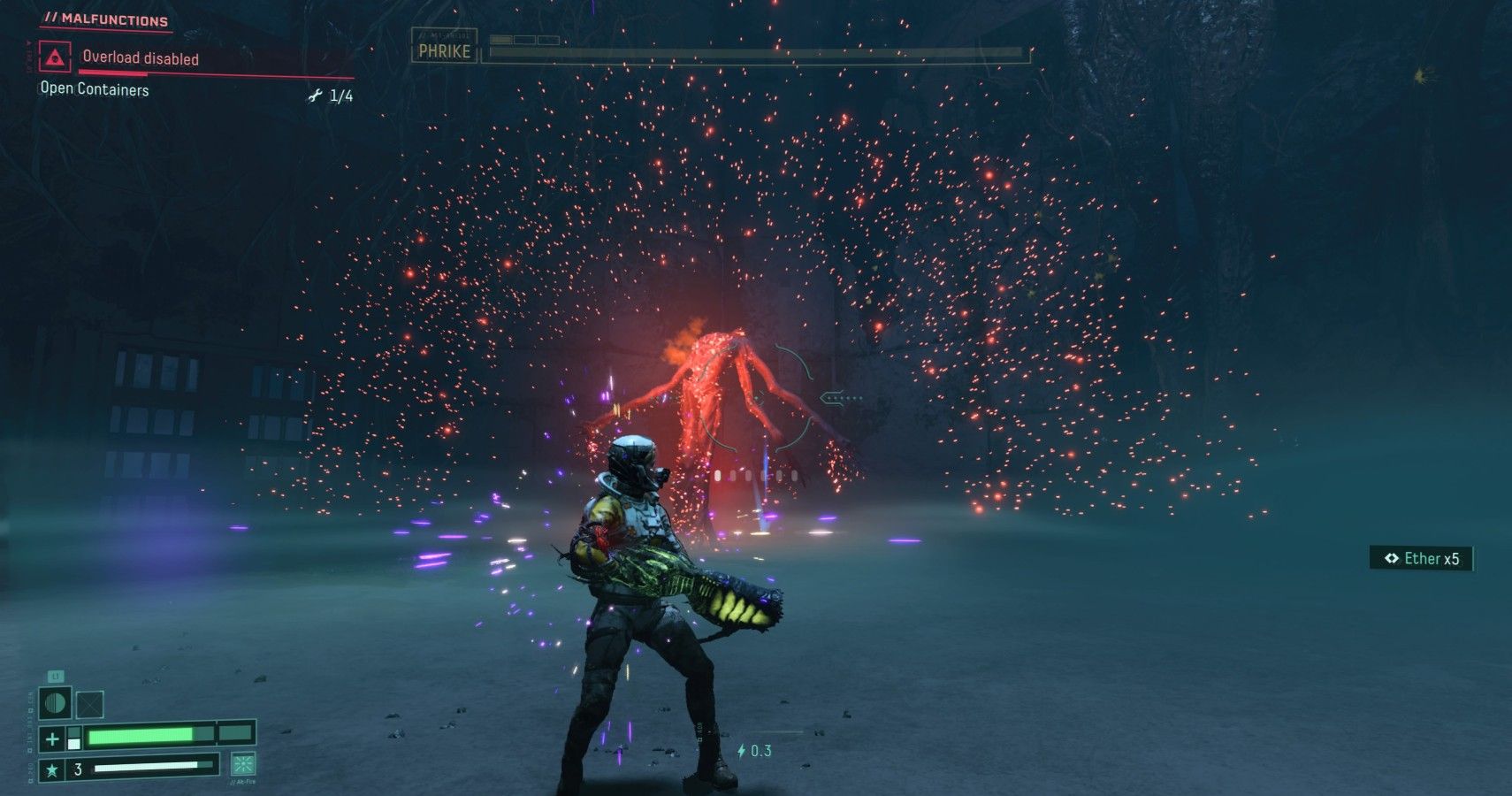 The final phase of the battle against Phrike is where it gets really hectic. You’ll need to be agile and responsive to ensure that the various attacks don’t overwhelm you.

This can easily catch you off guard, and they deal a lot of damage. The rest of Phrike’s attacks also start happening in pairs, so be prepared to do lots of quick, short dashes.

There is also a new attack that you need to be mindful of in this phase. Orbs spiral out around Phrike in a vortex, covering the floor. It isn’t too hard to avoid, but it adds to the chaos and could distract you from a sneaky melee attack.

Best Weapons To Use Against Phrike 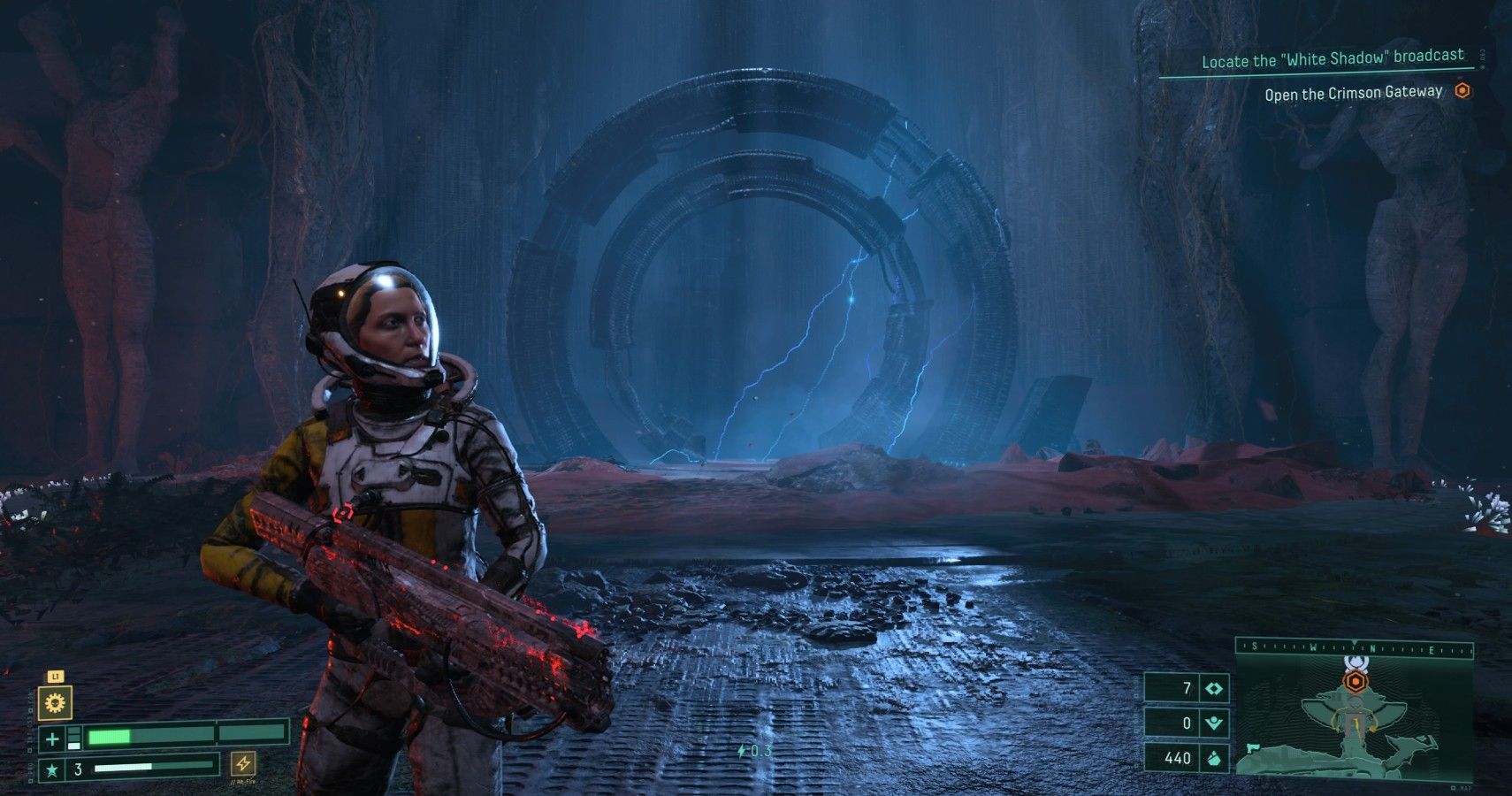 Since Phrike is found in the first biome, it’s certainly possible that you’ll face this boss with your pistol.

You should look for a shotgun or carbine since these have a much higher damage output. The shotgun will take chunks out of Phrike’s health bar, whilst the carbine will allow you to quickly rip through it.

The carbine is best, as it has a high DPS for a weapon in the first biome, and it won’t need to recharge as often. You’ll tear through Phrike’s three phases if you aim well and land all of your shots.

Next: Returnal Developers On Making The Roguelike A Less Solitary Experience 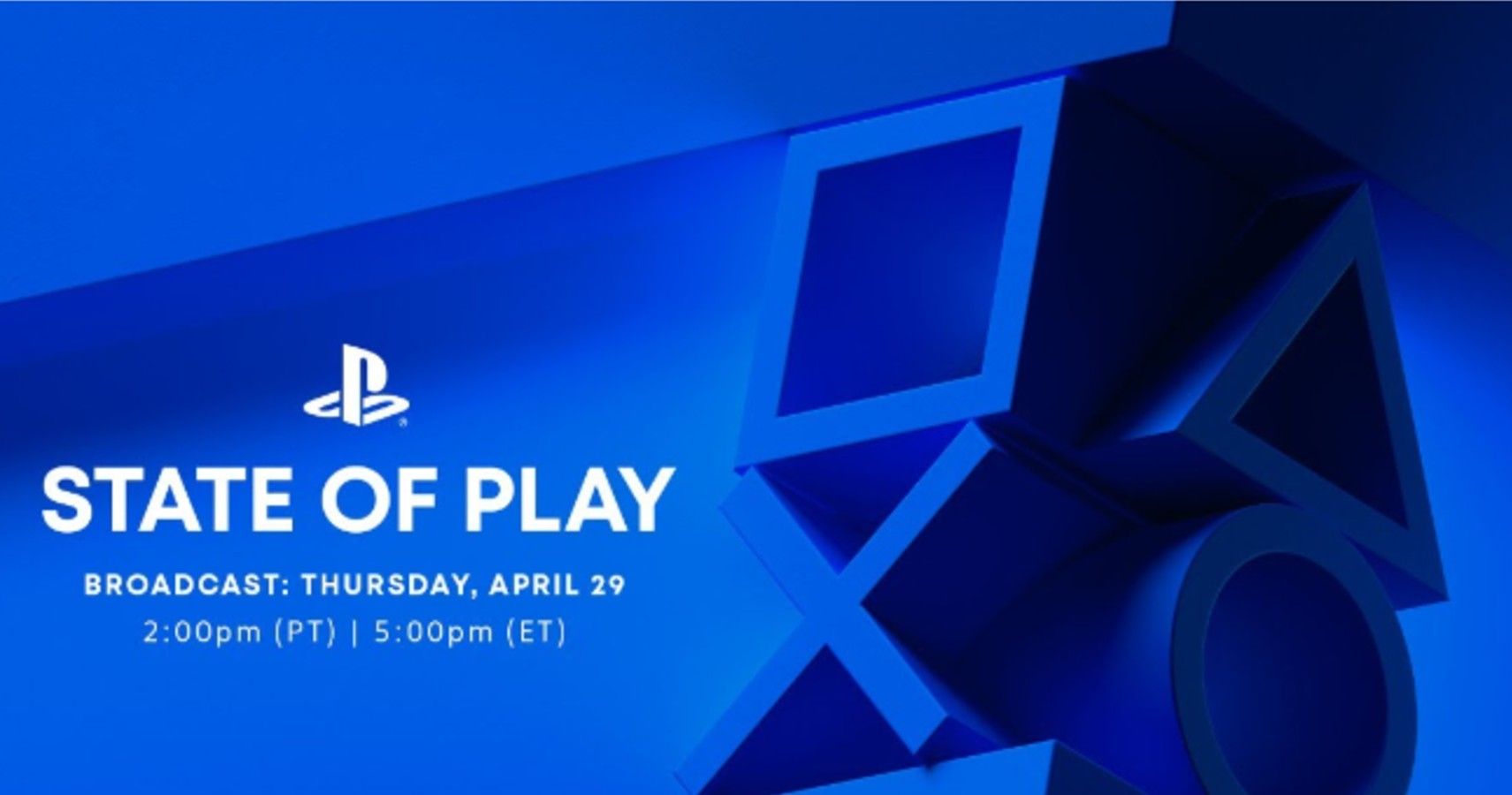