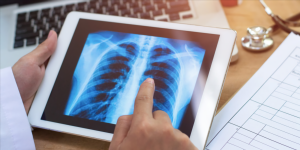 Reverie Labs, a startup using AI to develop new medicines, today announced the closure of its $25 million series A round. The company says the capital will be used to advance its internal and partnered drug discovery program, further develop its platform, and grow its team of scientists and engineers.

Fewer than 12% of all drugs entering clinical trials end up in pharmacies, and it takes at least 10 years for medicines to complete the journey from discovery to the marketplace. Clinical trials alone take six to seven years, on average, putting the cost of R&D at roughly $2.6 billion, according to the Pharmaceutical Research and Manufacturers of America.

These challenges are particular acute in oncology, where patient outcomes remain poor for many cancer subtypes. Off-target toxicities — adverse effects on tissue other than that desired — limit the effectiveness of many drugs and prevent them from being used in combination to circumvent resistance mechanisms.

Reverie claims to have developed AI model architectures that can predict important molecular properties for drug discovery and optimization. Leveraging large-scale distributed training and transfer learning, in which a model stores knowledge gained while solving one problem and applies it to a related problem, the company develops special-purpose models that train on in-house datasets for things like bioactivity.

“We use computational techniques, from genetic algorithms to continuous latent models, to generate new ideas for molecules. We place a strong emphasis on generating molecules that will be synthesizable, stable, and optimized against multiple criteria,” Reverie explains on its website. “Our data scientists can rapidly train models on thousands of machines, and our medicinal chemists can enumerate, search, and prioritize millions of compounds every week, allowing us to iterate incredibly quickly.”

Reverie says it regularly screens libraries of millions to billions of compounds for drug discovery optimization. Moreover, the company says it’s invested in building representations for its data, including interpretable charts meant to help inform decision-making.

To date, Reverie has discovered selective, brain-penetrant kinase inhibitors for undisclosed oncology targets. (A kinase inhibitor is a type of enzyme inhibitor that blocks the action of one or more protein kinases, which add a phosphate group to a protein and can modulate its function.) In July, Reverie announced collaboration with Roche and Genentech, a Roche subsidiary, to aid with several kinase inhibitor discovery programs. Reverie received upfront payment and is eligible to receive preclinical, clinical, and regulatory milestone payments, as well as royalties on Roche’s sales of drug candidates produced by the partnership.