Now that Risk of Rain 2 has left early access, a lot of new content has been added to the game for those who have already been playing this rogue-like shooter. However, for anyone who wanted to wait until the full release, there’s already a ton of content, and more specifically characters, waiting to be unlocked. The first few will come naturally, only asking you to complete a certain number of levels a few times, or to reach a level without getting hit. Once you get past those, the way to unlock characters like the Artificer and Mercenary become much more cryptic. Here’s everything you need to know to unlock these two hidden characters.

How To Unlock The Artificer 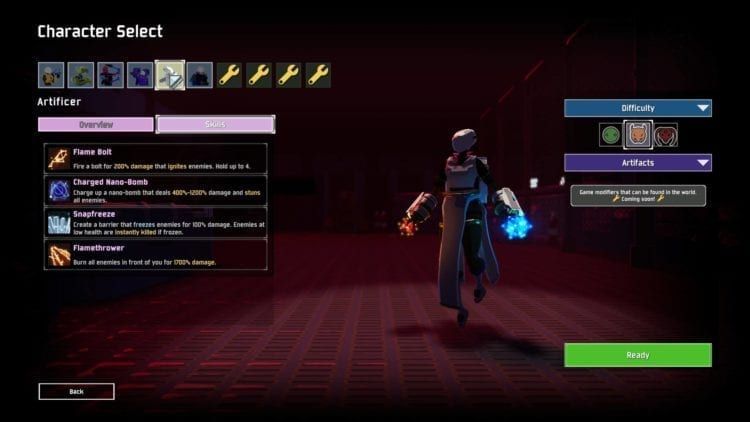 The requirements stated for unlocking the Artificer is simply “Free the survivor suspended in time.” Even for those familiar with Risk of Rain 2, that isn’t a very clear set of directions. To start off, you’ll want to make sure you have 11 Lunar Coins, which are a rare drop. You’ll spot them easily enough as big blue orbs that need to be interacted with to collect, and will not be lost between runs so you can gather them over time.

Once you have 11 Lunar Coins, the next thing you need to find is a Newt Shrine. These are blue rock looking for things that appear at random and can be activated with a Lunar Coin. Be careful not to confuse them for Lunar Buds that give out items in exchange for Lunar Coins. Once you give the Newt Shrine a coin it will tell you will get the message that “a blue orb appears.” Proceed as normal, activating the teleporter and killing the boss, but instead of using the teleporter, you will be able to go through a blue portal as well, which you obviously should do. 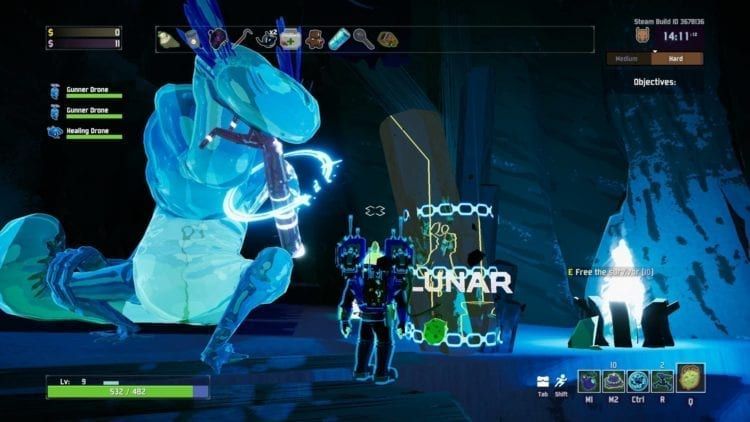 This portal will take you to the Bazaar Between Time. Unless you’ve got plenty of those rare Lunar Coins to spare, don’t bother looking at any other items you can buy here and go straight for the big blue lizard next to a crystal. Here it will cost you ten Lunar Coins to “Free the Survivor” and unlock the Artificer.

How To Unlock The Mercenary 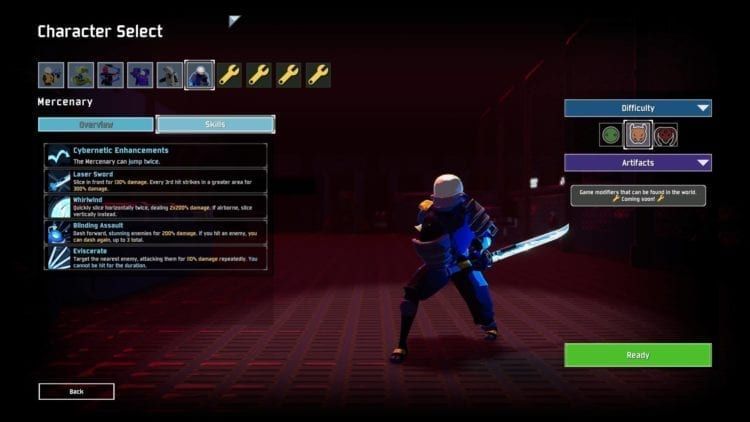 The goal to accomplish to unlock the Mercenary is to “Obliterate yourself at the Obelsik.” Dying is never an issue in Risk of Rain 2 normally, but in this case will actually be kind of hard and RNG dependent.

You first have to come across a Celestial Portal, which is under some debate as to when they show up. Some say they’re completely random, only spawn after killing a random bos spawn, while others say you need to beat all the levels and loop back around and then find it at the end of Rallypoint Delta. You may as well try for the last method and if you get lucky and it pops up early, great. 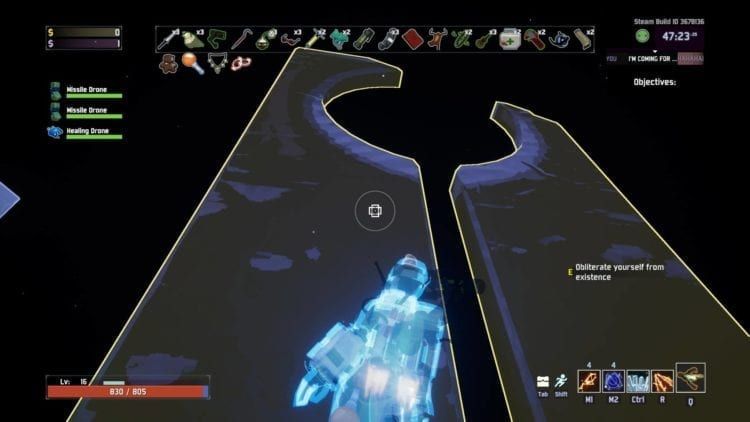 However you manage to do it, once you get the message that the Celestial Orb has appeared, make sure you defeat the boss of that stage and enter the new portal rather than the normal teleporter just like with the blue orb portal. You will pop out in a strange space with floating terrain you will need to platform your way across. Eventually, if you’re careful enough, you’ll end up at the Obelisk and interact with it twice. You need to do it twice to confirm you want to “obliterate yourself from existence” which will end your run and unlock the Mercenary.