Hoops is one of the strangest game modes in Rocket League. If soccer with cars isn’t enough of a wacky idea, Hoops undoubtedly is. Because of this, becoming a proficient player can prove rather difficult. If you are relying on lucky bumps to score points, you should consider a few things.

Basketball itself is a wholly different sport than soccer, so you can’t play Hoops the same way play SocCar. You might find that some of your go-to strategies are not as effective when you play in the Dunk House arena. Becoming a good Hoops player will help you boost your competitive rank and reap seasonal rewards.

10 Ask A Friend To Join You 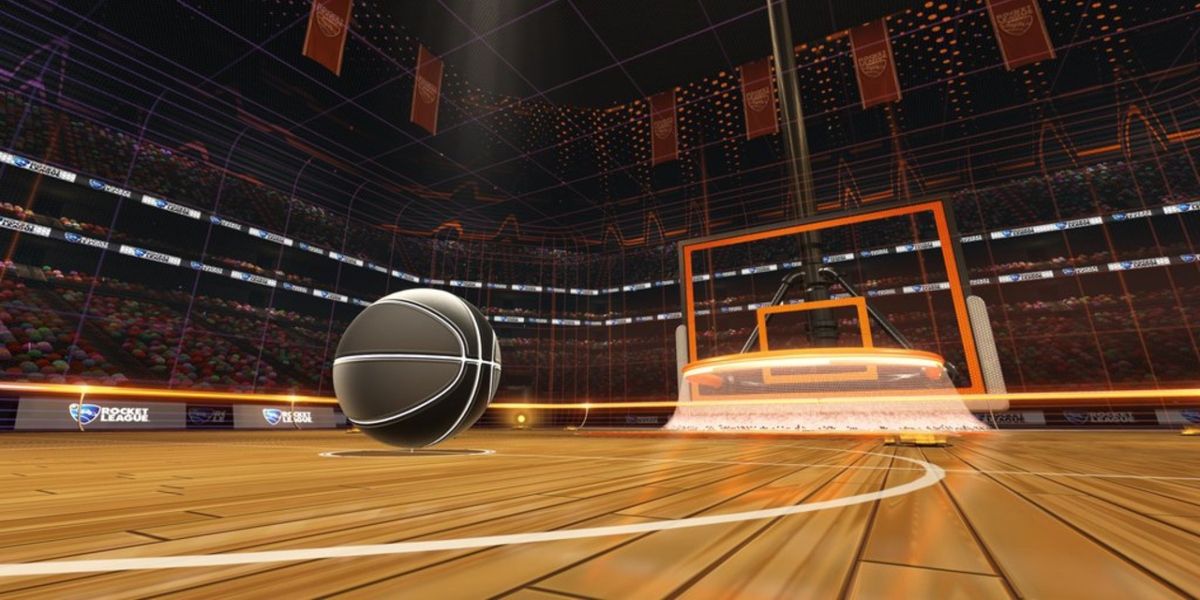 Form a solid team before you jump into the game. Luckily, Hoops only requires two players per team, so it shouldn’t be hard to find someone to help you win some games. If possible, ask a friend who enjoys performing aerial tricks or wants to get good at them. Hoops is the perfect place for that.

There are many benefits to playing with a friend rather than random players. Communication is much easier, and your chemistry is likely to improve if you consistently play matches together. Both these elements are key to winning, not just in Hoops. 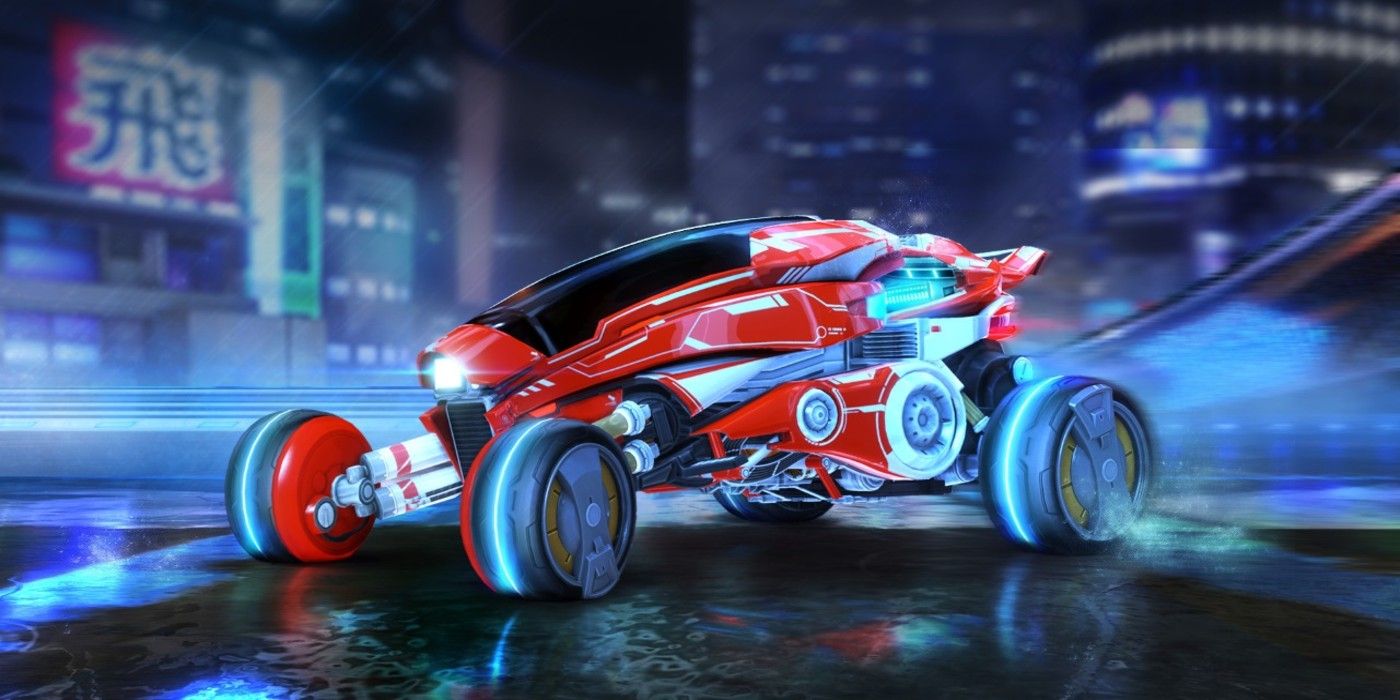 If you have been playing Rocket League for a while, you probably already know about the different hitboxes that come with each car. Although each body type is unique in its own right, every car falls in one of six hitbox categories.

There is no need to experiment with each one if you already feel comfortable with what you have. Nevertheless, you might want to try out the Dominus if you are having trouble. Flat cars chip the ball more easily compared to bigger ones, like the Octane. Getting the ball in the air is essential to winning Hoops.

8 Train Yourself In Exhibitions 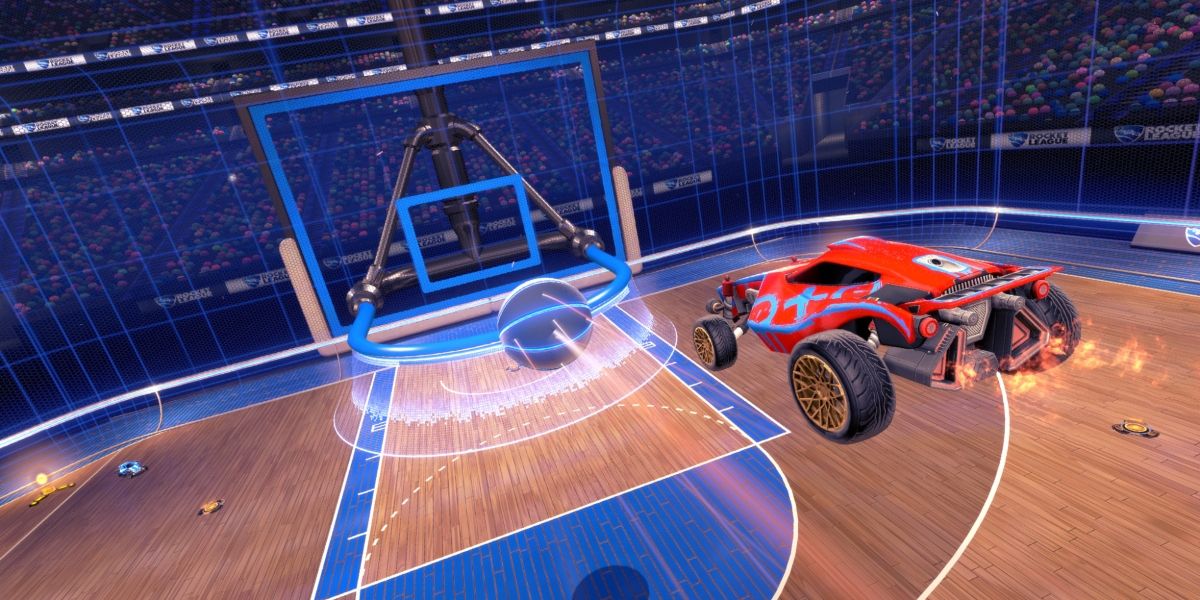 Unlike SocCar, Rocket League does not provide default training drills for Hoops. That is pretty unfortunate, since those drills are a pretty good warm up. The next best alternative you have, if you want to actually train before starting a game, is to use exhibitions to your advantage.

You can do this with or without bots, depending on your preferred training method. Simply go to custom games and select exhibition. This is a great way to give yourself the space to make some mistakes. 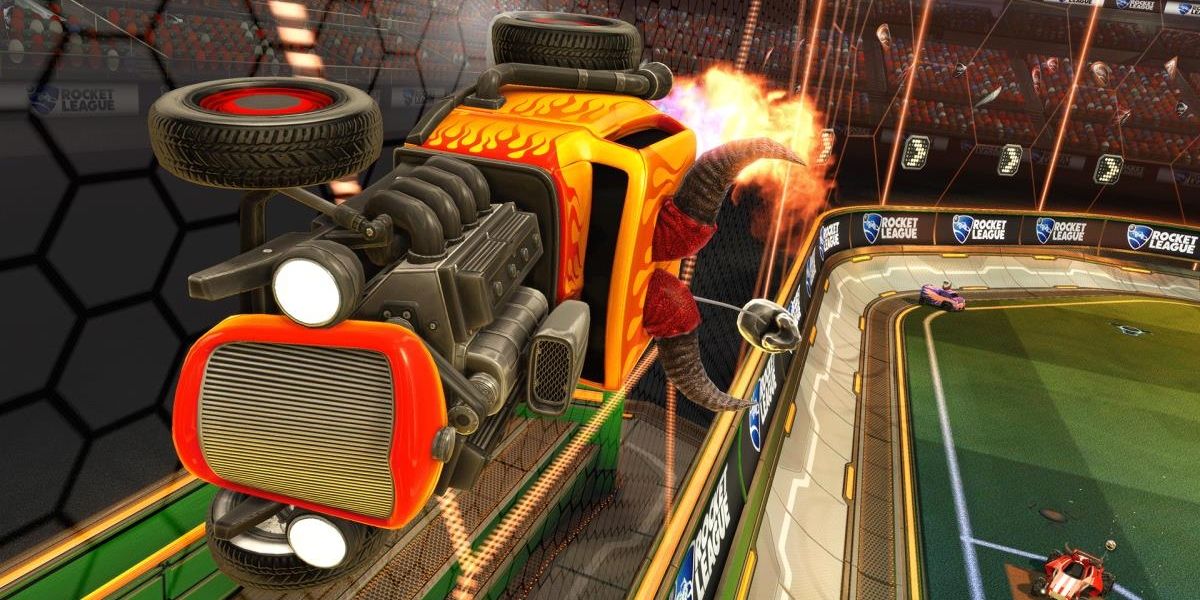 The Dunk House arena is significantly smaller than the SocCar fields. Because of this, you’ll find the ball bouncing around the walls much more frequently. This leads to an increased verticality factor you have to adjust your gameplay to. Sticking on the ground simply won’t cut it.

You should take advantage of exhibitions and playing against bots to get used to wall-crawling. Certain spots, like the walls around half-court, allow you to hit the ball at the perfect angle and score a point. 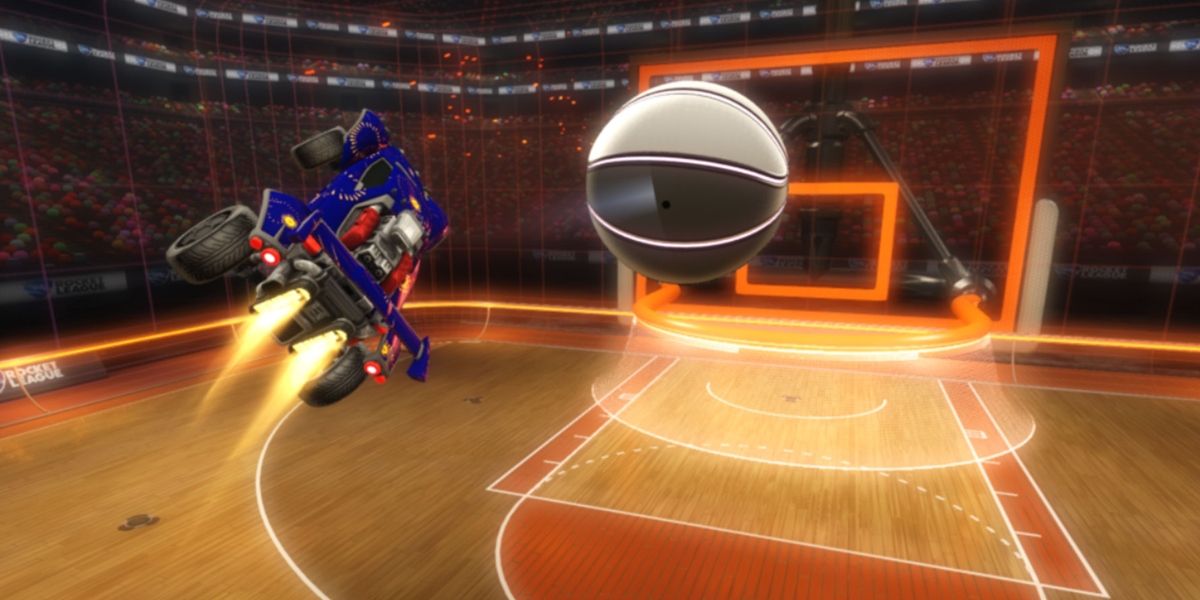 Mastering aerials is essential to succeed in Hoops. However, it’s not as simple as hitting the ball in mid-air. Rolling your car while airborne adjusts your shot’s trajectory. Some cars are easier to use for this purpose. Depending on how you hit the ball you might actually hinder your chances to score.

Air-rolling allows you to control exactly where the ball will end up. For instance, if you roll your car and hit the ball with your wheels, you will severely diminish its momentum. Air-rolling takes a great deal of practice, however, so don’t grow frustrated if you can’t nail it right away.

5 Conserve Your Boost For Aerials 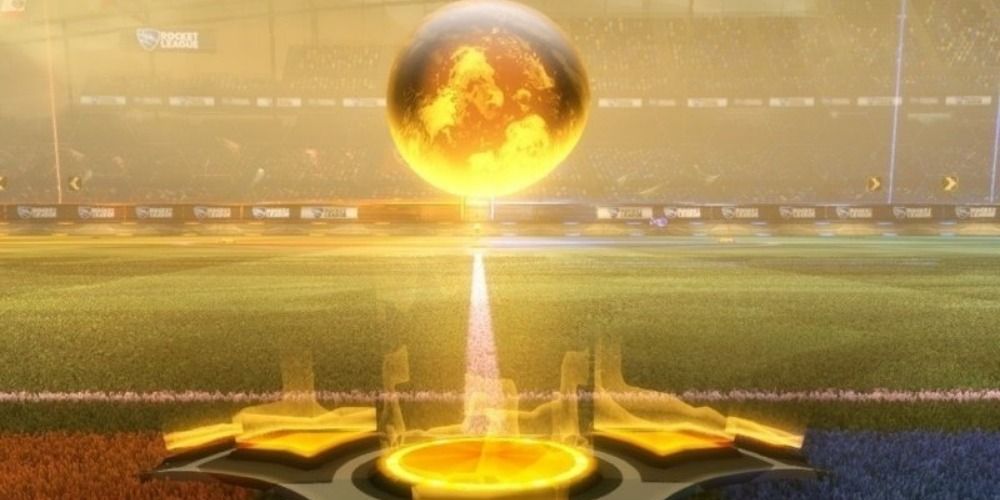 You rarely need to drive fast in Hoops. The court is small, the hoops themselves are large, and the ball constantly bounces around. There is no need to chase after a good hit. Instead, plan your shots, almost like you would in a game of Tennis.

You still need to move around to optimally position yourself, but do so calmly. Your boost is the only tool that can help you score points or save shots. You should, almost always, use it exclusively for aerials.

4 Learn How To Chip The Ball 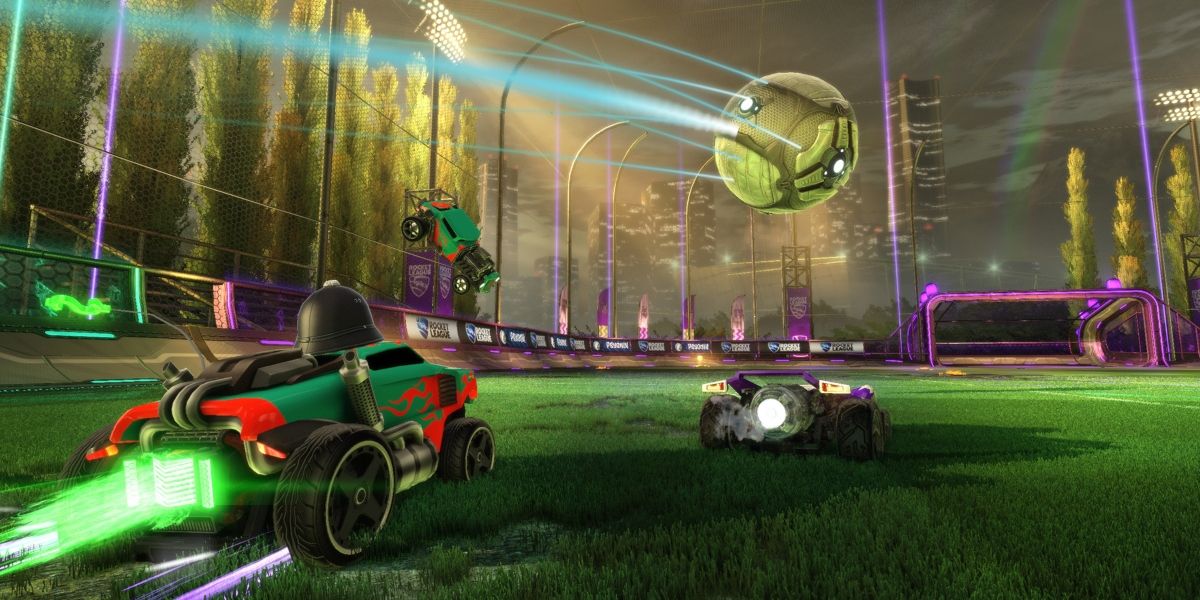 Regardless of how you play, what car you drive, or how much boost you have, you need to know how to get the ball up in the air. If you waste your possession by hitting the ball forward on the ground, you give the other team an opportunity to score.

Chipping is the easiest way to get the ball airborne, and some cars are undoubtedly better than others at it. Nevertheless, you can chip the ball with any car, if you know how to do it. Simply bump the ball against a wall, and then double jump into it without tilting your car forward. This gives your teammate the perfect alley-oop.

3 Hit The Ball Up, Not Down 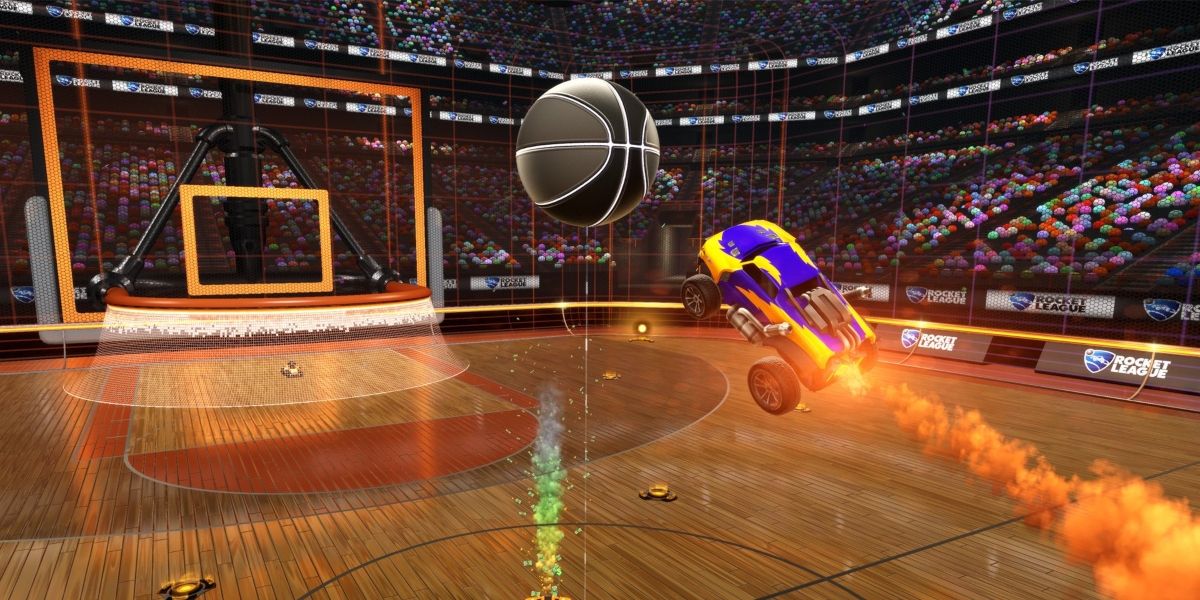 Once you become comfortable with aerials and air-rolling, you can begin really thinking about giving a direction to your shots. Unlike the tiles in Dropshot, which are positioned on the floor, the hoops in the Dunk House are placed halfway in the air.

Unless you are set up with a shot directly above the opposite team’s basket, you should always seek to hit the ball upward, even if it’s already in the air. Chances are it will eventually fluctuate enough and score you a point or two. 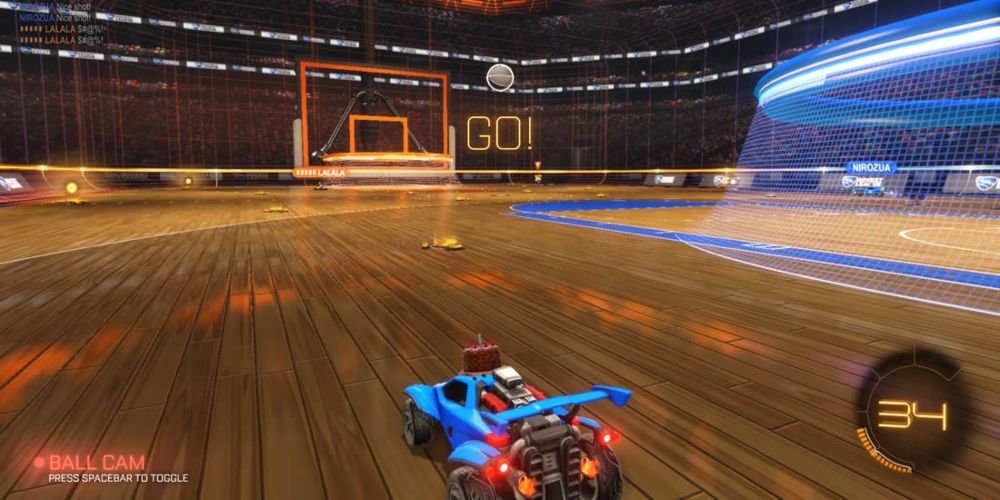 Overall, Hoops is based on how well a team can play in the air. Constantly driving around without jumping or going for aerials, will result in losing against teams and players who know what they are doing. The simplest thing you can do to prevent that from happening, is double jumping all the time.

This helps you chip the ball, pass it to your teammate, and score points. Any double jump maximizes your chances to hit the ball in the air before the other team does.

1 Allow Yourself To Fail But Not Quit 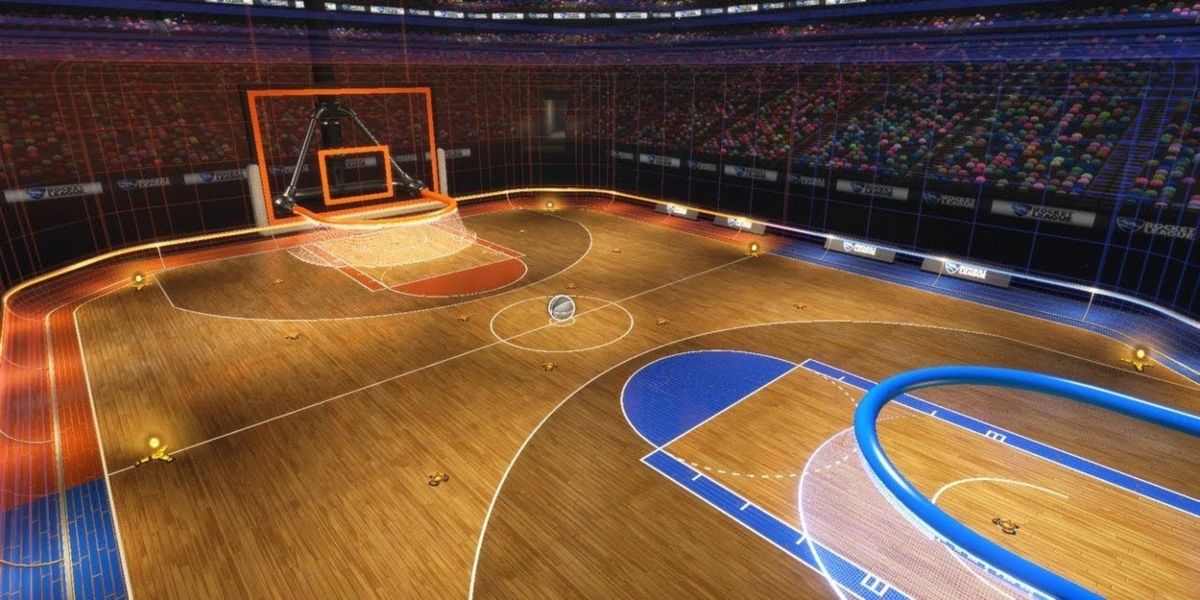 Like anything in Rocket League, becoming good at Hoops takes practice. That sounds obvious, any skill-based activity requires practice, after all. Nevertheless, Rocket League has the peculiar ability to put you in uncomfortable situations since the game’s learning curve can prove rather steep, sometimes.

This is especially true if you are constantly bothered by people who spam the “What a save!” quick-chat, whenever they score. Mute those trolls, and stop caring about winning. Michael Jordan missed more than 9000 shots in his career. You can afford to miss a couple in a video game.

Next: The 10 Biggest eSports Prizes Ever, Ranked 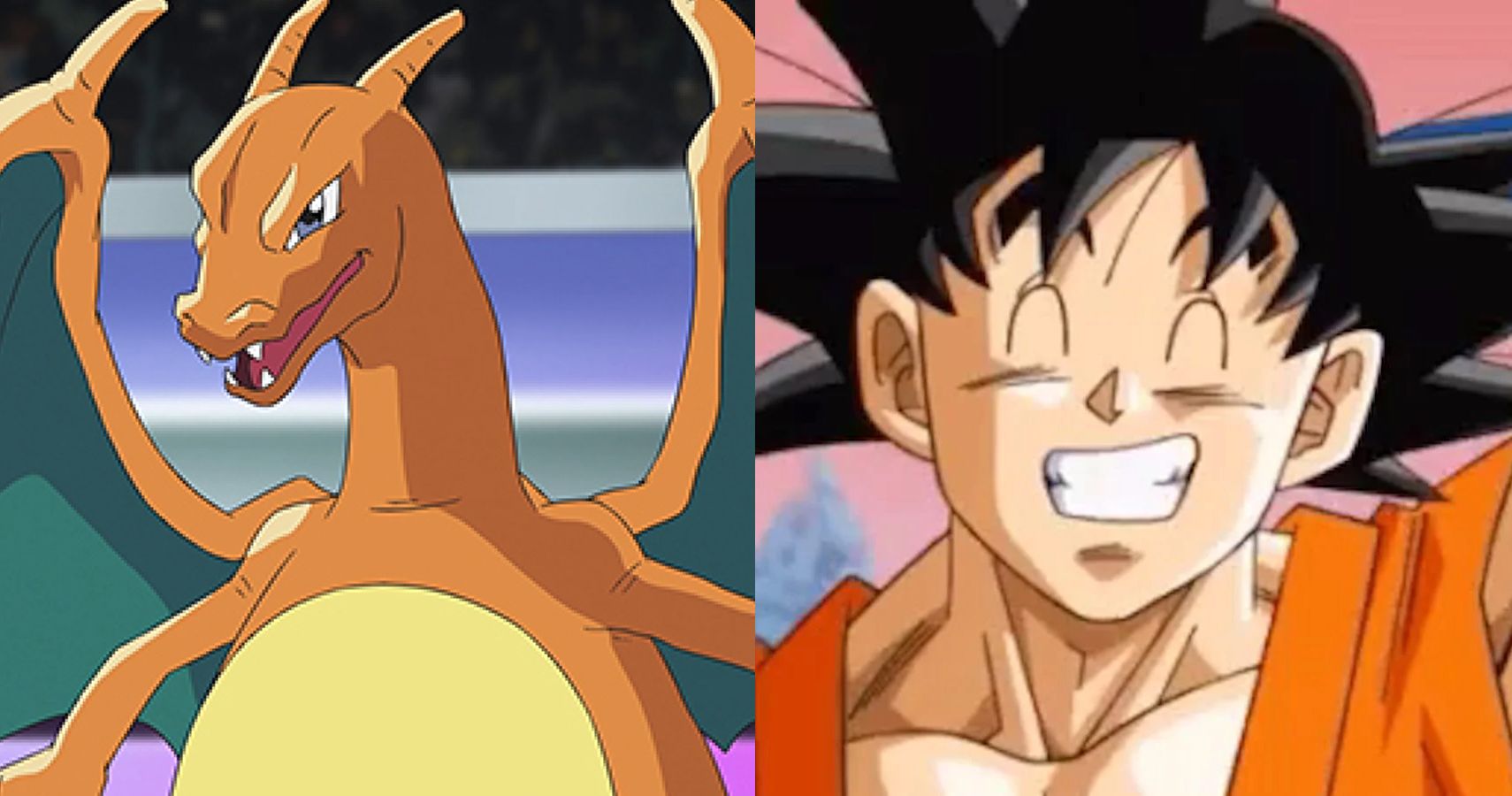 Francesco Paolo Luisi is a freelance journalist who graduated from Hofstra University with a major in Journalism and a minor in English. He moved to the United States from Italy when he was a teenager, and became the first person in his family to attend and complete college. He writes about a variety of topics ranging from news to features, and started his career covering local news in New York. He is currently one of the list-writers for TheGamer.