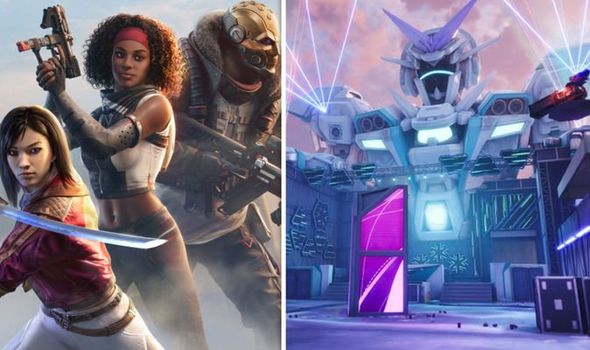 The PS4, Xbox One, PC (via Epic Game Store) and Nintendo Switch multiplayer shooter is expected to get a big new update later this week.

The headline new feature is the addition of a new map titled Vice, not to mention a shooting range and a penalty for players who quit games early.

With the August update just days away from launch, First Watch Games has fully unveiled the new Vice map.

According to Rogue Company lead designer Scott Lussier, Vice is designed as an asymmetrical three-way map that’s perfect for attackers.

The new map is particularly beneficial for medium and long-range attackers, although close-range mains can flourish through careful approach play.

Needless to say, the next major Rogue Company update will also contain lots of bug fixes, tweaks and gameplay balances.

Scorch’s Overheat ability, for example, is getting a big nerf. The powerful ability will now last for ten seconds compared to 15 seconds.

Elsewhere, Smoke Grenades will expand much faster, but also dissipate far quicker, while the area of effect of Flashbangs has increased.

Individual characters will also be altered as part of the new update, including Anvil, Lancer and Dallas.

As you can see from the Rogue Company patch notes further down the page, First Watch Games will fix issues with friend requests, contracts and achievements.

Each agent has their own set of unique abilities, which makes Rogue Company feel a bit like a third-person version of Overwatch.

The closed beta is currently available as a free download with a beta key – which you can get by following the game on Twitter and taking part in regular giveaways – or by purchasing a starter pack on the platform of your choice.

• If a player attempts to detonate C4 midair, it will not detonate even after landing

• Contracts will sometimes not complete correctly and continue to count credit

• There is an unknown achievement displayed in the Achievements section

• Player can get spammed with friend requests from another player

• Players may sometimes appear in a downed state but are able to move/shoot.