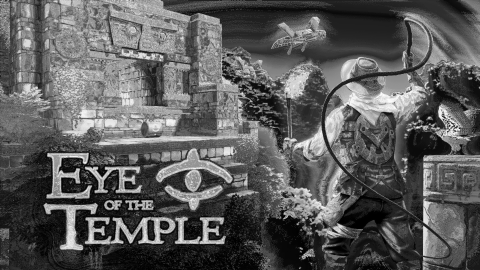 It’s been years in the making but room-scale VR platformer, Eye of the Temple, is finally releasing next month.

The game, solo developed by Rune Skovbo Johansen over the past five years, will hit Steam on October 14. You can catch the release date trailer below.

Eye of the Temple is essentially Indiana Jones in VR; you navigate ancient temples, avoiding traps and, yes, using a whip. But the game is powered entirely by your own movement – there’s no smooth locomotion or teleporting here. Instead you step between tiles that taxi you to new areas. You’ll need to think fast to solve challenges, or you might meet a grizzly end.

We tried out a preview version just over a year ago now. It proved to be a potent reminder of the power of room-scale VR, relying entirely on your own movements to get around. The full version of the game will feature an expanded campaign, plus an unlockable speedrun mode.

You’ll need a 2m x 2m play space to experience the game, then. Not sure you’ve got the space? There’s a free demo available now so you can test it out. There’s no Oculus Quest version announced, but this’ll definitely be one to try with AirLink if that’s possible for you.

Will you be picking up Eye of the Temple? Let us know in the comments below.