Developed by Festive Vector and published by The Quantum Astrophysicists Guild, Sail Forth is a beautiful game that takes you on a journey to conquer the sea world. It has numerous small islands with varying details that are waiting to be explored as you try to uncover different secrets of the world.

As you would expect from a game that lets you have your own fleet, this game lets you fish, fight other ships, and plunder islands for various goods. You can also take beautiful pictures of the horizon and get wooden plants for it, which are the main currency of the game. 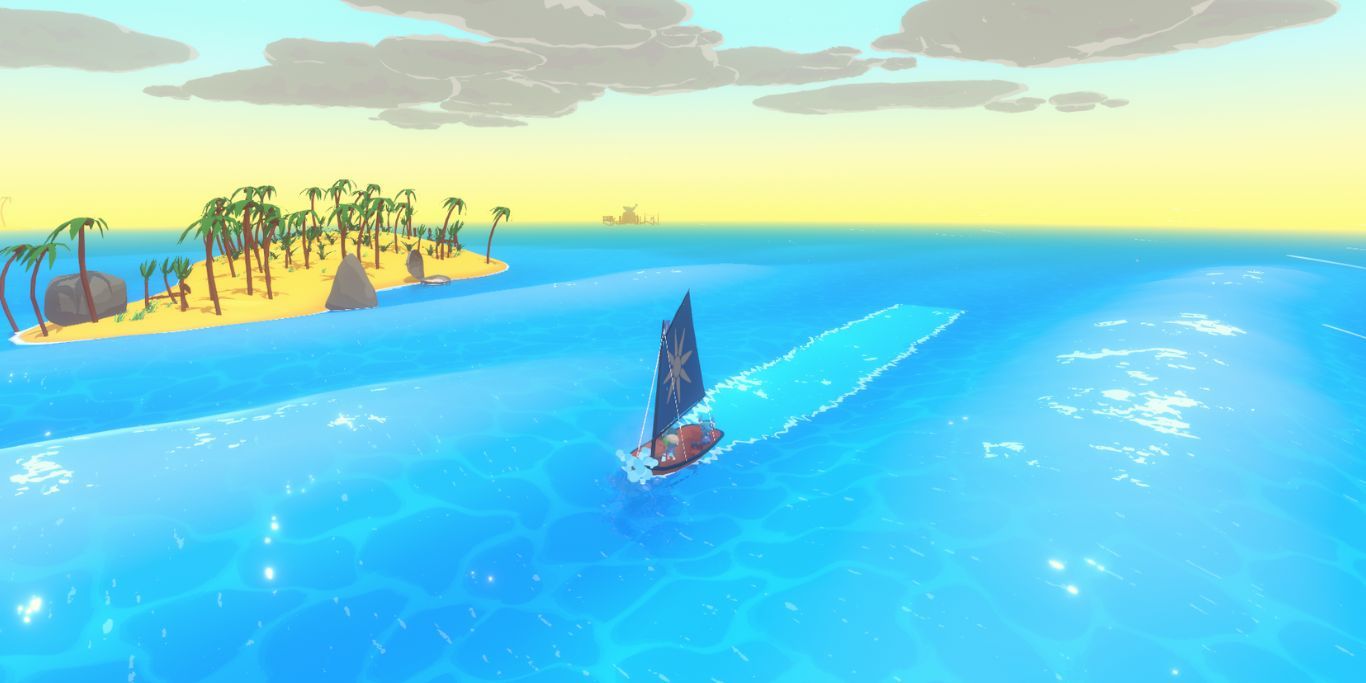 The first thing you'll have to learn in Sail Forth is how to manage your sails according to the wind. On a starter boat, you will only have one sail, but it goes up to eight sails on a Brigantine. Each of these sails will have a bar on your speed meter, and you will get different speeds depending on the number of sails you put on.

Moreover, the game has realistic ship mechanics and it also changes your speed depending on the surrounding wind. You can see where the wind is blowing by looking at the white lines in the air or by heading over to the island map and looking at the arrows.

The ship's speed is quite slow if you're not going along the wind. If you're going against the wind, the green bar on your sail management will either be on the very left or the very right side. Whenever this is the case, you'll notice that your ship goes forward far slower than it normally would, and it feels more sluggish with bigger ships.

Alternatively, you can head over to the Accessibility settings and enable the auto-sail option, and the game will move the bar for you. You will only have to decide the speed of your boat when this option is enabled.

Your Camera Has Limited Reels 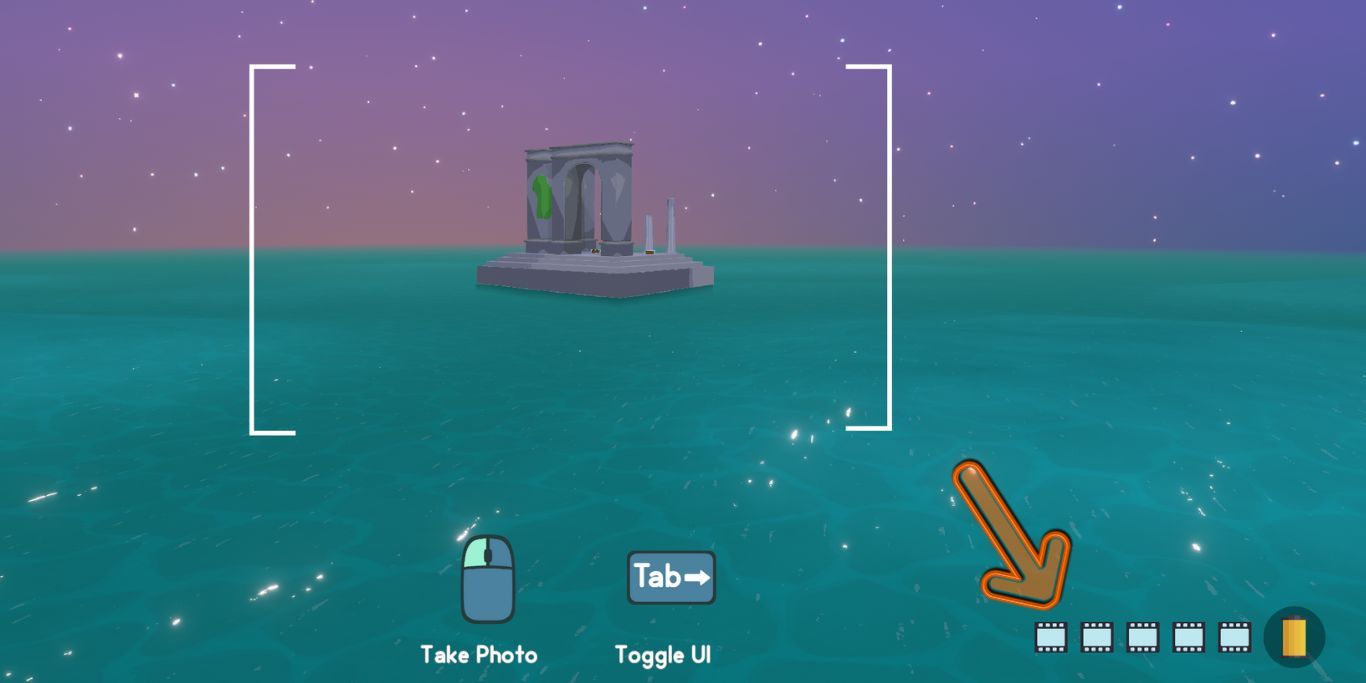 On the third island that you visit in Sail Forth, you'll most likely find a small harbor that has a fisherman, a cameraman, and a painter. Talking to these people for the first time will get you a Fishing Rod and a Camera. Meanwhile, you can also start repainting different parts of your ships by talking to the painter.

With your shiny camera, you can take pictures of different things that can be exchanged for wooden planks at any port that has a cameraman on it. Although, you have to pay attention to the bottom-right side of your screen while you're taking pictures since it mentions the number of reels you have left.

Sometimes, there will be random events where people will ask you to take a picture for them, and these pictures usually sell for a good amount of planks. After getting enough map fragments, some islands will have a camera icon on the world map, signifying the presence of the random event.

When you talk to a cameraman to exchange pictures for planks, he will also give you more reels for the camera.

You Can Buy Different Items From Big Ships 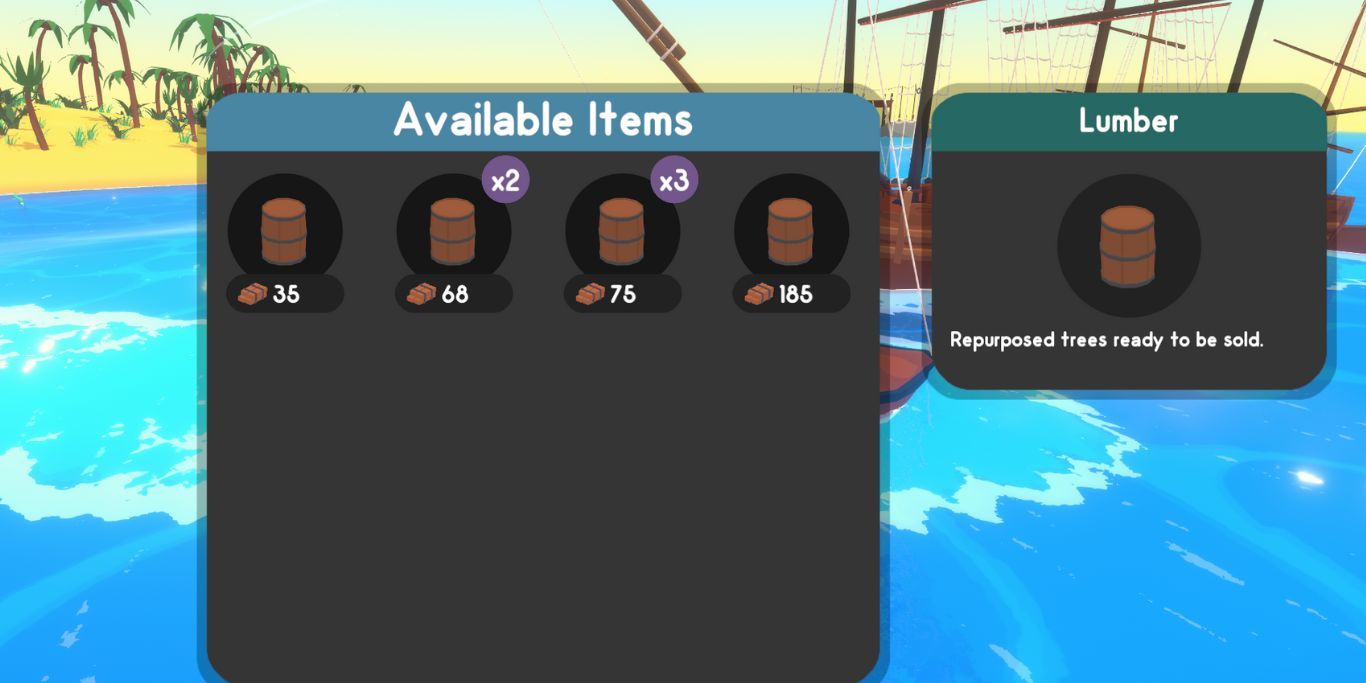 There are three types of moving ships that you can come across apart from your fleet. The most common ones will be the ships belonging to the Skull Clan, and they will always be hostile toward you. As soon as any ship from your fleet gets in the range of these ships, they'll start shooting at them and a battle will commence.

Apart from that, there's a rare chance of coming across a Merchant Fleet. These are usually in a group of two large ships, and you can talk to them if you want to exchange various items that are shown in the picture above. You can also sell the cargo you have to these ships for a lesser price compared to permanent Merchants.

If you want to live a true pirate life, you can also start attacking these Merchant Fleets with your own Fleet. It is better to do this if you have a Harpoon Gun since you can board their ship and forage for a ton of items.

Generally, these fleets are quite hard to defeat, and it might not be worth your time if you can't board and plunder them.

How To Get Pearls 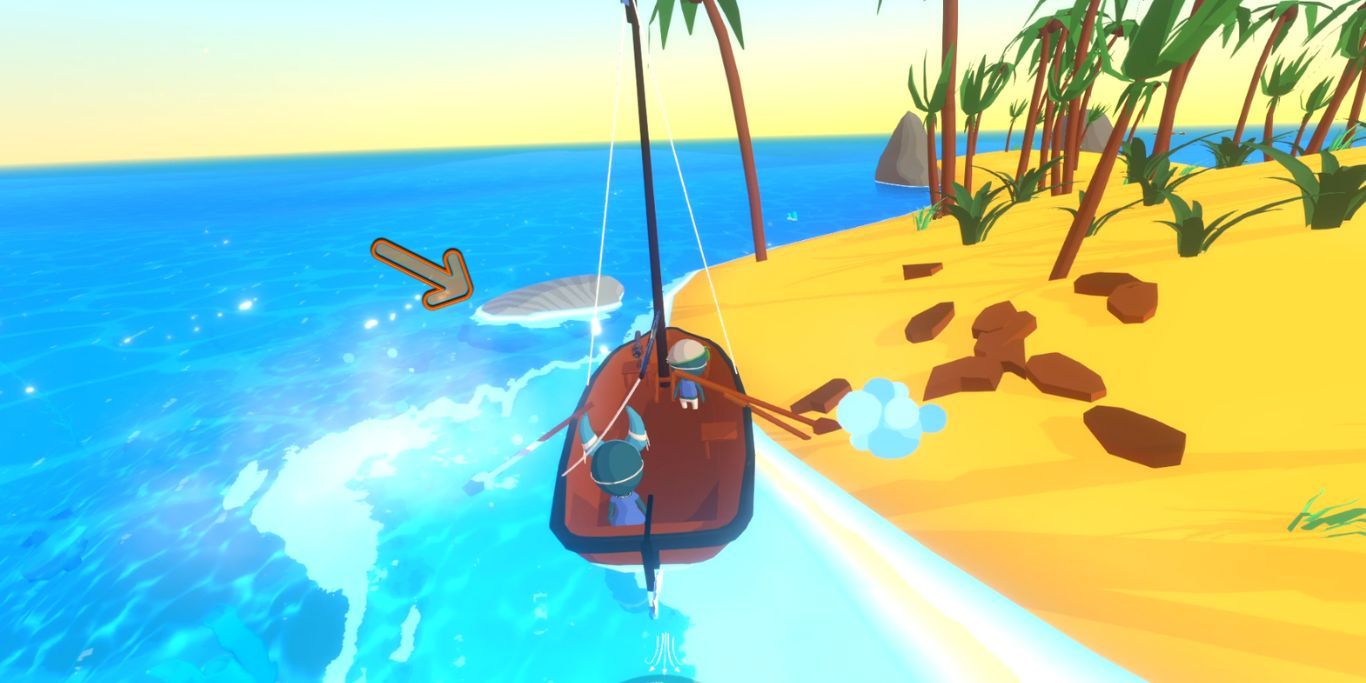 While sailing the infinite horizon of Sail Forth, making a good amount of money comes to everyone's mind. Since the wooden planks are the money of this game, you can get a ton of them by selling Pearls to different merchants. Luckily, it's not that hard to come across this item.

From the fourth or fifth island that you'll visit, you'll start finding large shells on the beaches of different islands. These shells can be opened by hitting them with any sort of firepower once, and they will reveal a Pearl once they're opened. You can get close to the shell and the Pearl will come to your inventory automatically.

You might get some special kinds of Pearls when you submit a Purple Prism to the nocturnal beings in the Lighthouse, but you can't sell these to any regular merchant.

You Can Zoom Your Screen Out 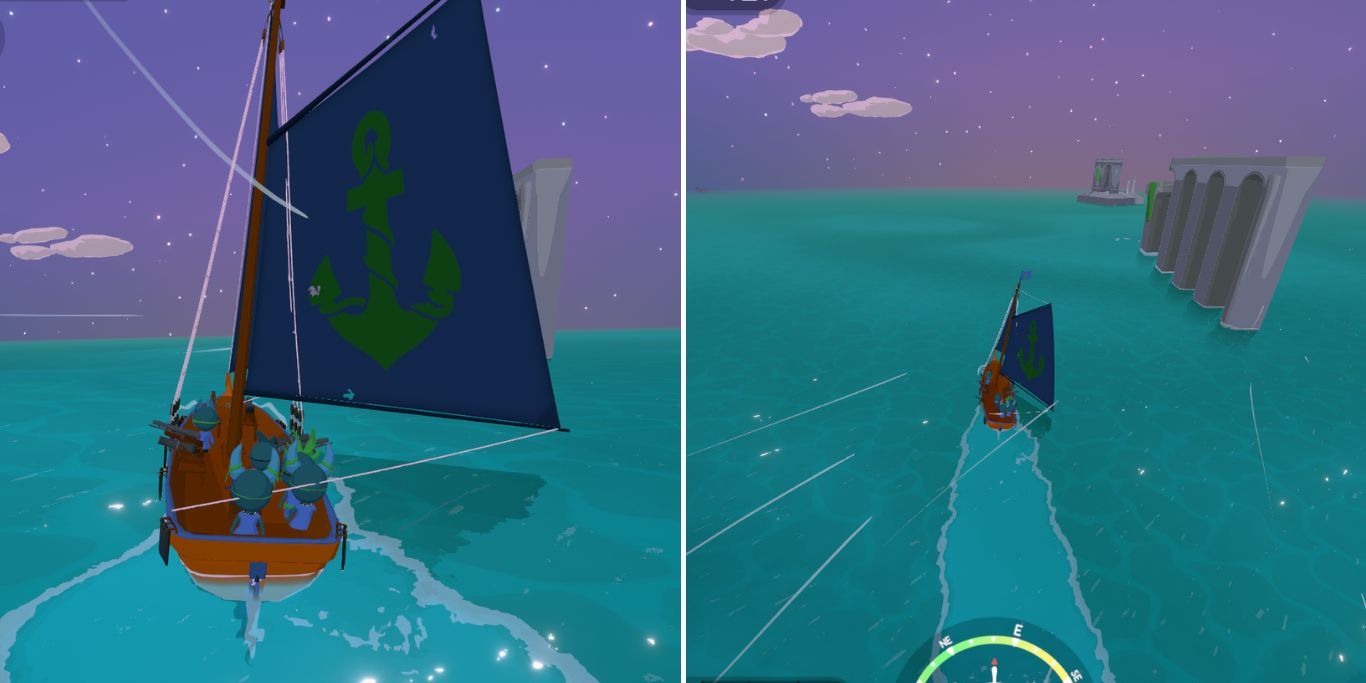 One thing the game doesn't tell you when you're going through the tutorial is that you don't have to keep your camera super close to the boat, and you can zoom out to see your surroundings more clearly. You can head over to the controls and find out the required button to zoom in and out based on what you're using to play the game.

When you're sailing with a close angle, it can make it easier to manage the crew and fight other ships. On the other hand, you can get way more information on your surrounding if you zoom your camera out while sailing.

Don't Hit The Ships In Your Fleet 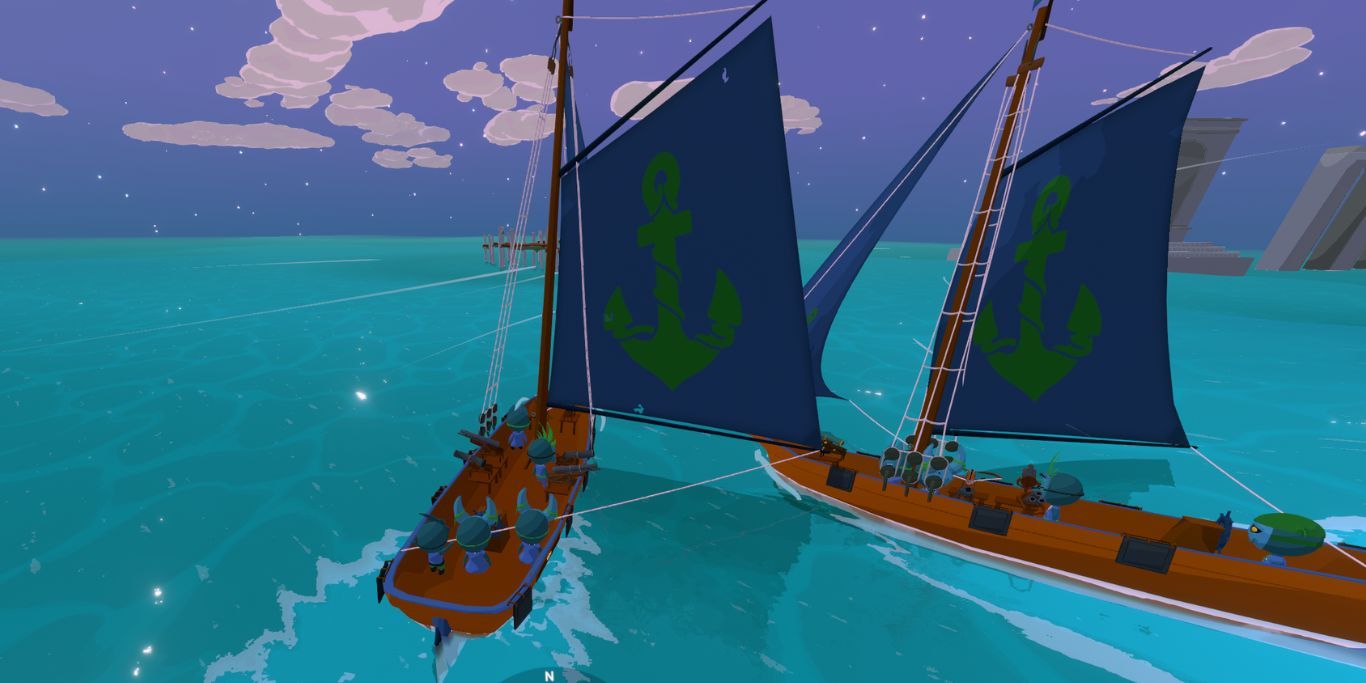 While this might seem like an obvious thing, it can be quite hard to execute with how the fleet works in Sail Forth. You can only control one ship at a time, and the rest of them will be controlled by the game's AI. The problem is that these AI ships are very confident and they always sail at the maximum speed possible.

This leads to scenarios where they'll run into you as you're trying to turn in a certain direction, especially during a fight. The AI will turn the ship away from the one you're controlling, but they might do it quite late sometimes. To prevent this, you have to be attentive and make sure the fleet doesn't take friendly damage.

Sail Through The Horizon 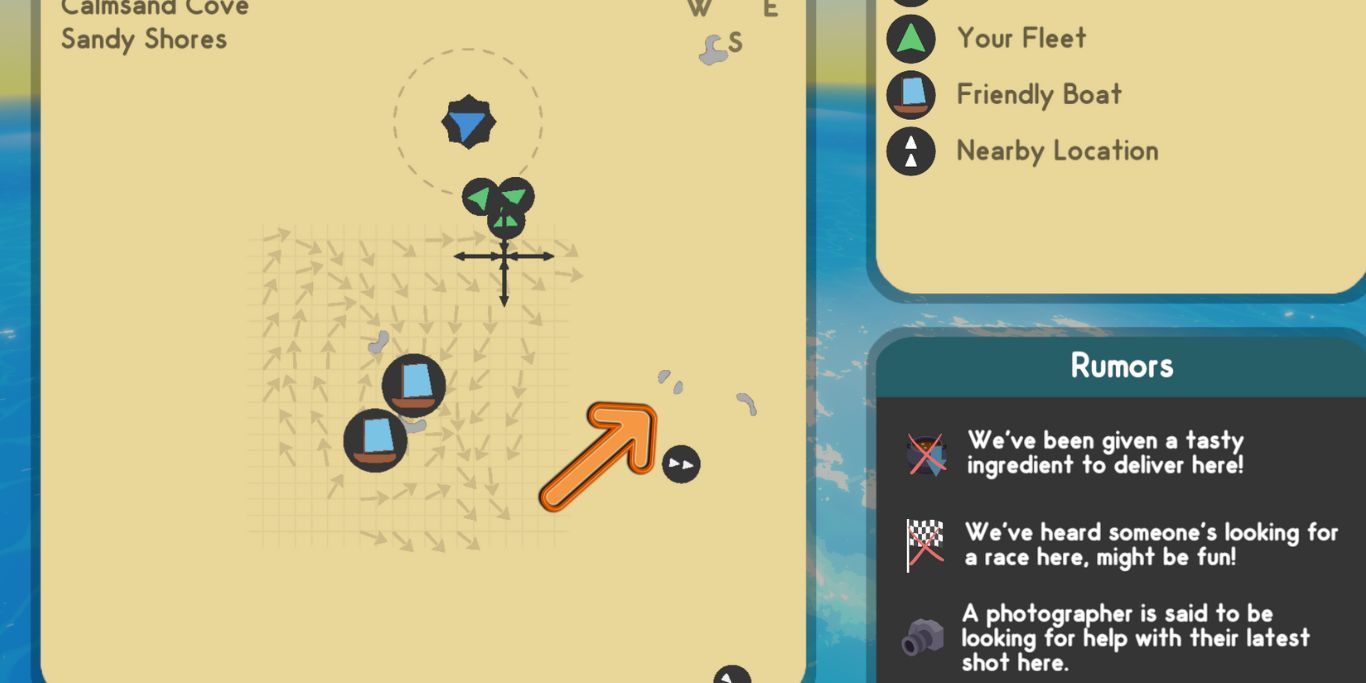 As an open-world exploration game where you have to jump from one island to another constantly, Sail Forth does a great job of revealing these new islands. Usually, you'll be able to get a map fragment when you break wooden boxes while exploring, defeat Skull Clan ships, or fish out a wooden box randomly.

Although, there might be times when you have no idea where the next island is, and you don't find a map fragment anywhere since its drop rate is based on RNG. During these times, you can simply sail on any of the particular islands and find the next stop in your journey, as shown in the picture above.

Pick a direction from North, South, East, or West where you don't see a nearby location, and keep sailing straight in that direction. Upon getting far enough, you can open the island's map and zoom out. This will let you see any of the surrounding structures, even if they aren't in the direction you're going.

This can be quite a time-consuming way to find new areas, but it's a mechanic that you can use if you can't find any map fragments. Another thing to note is that there might be times when you don't reveal anything from these fragments. This means that you've unlocked everything, and you have to progress in the story to get more.

Lighthouses Can Be Used To Mark Map 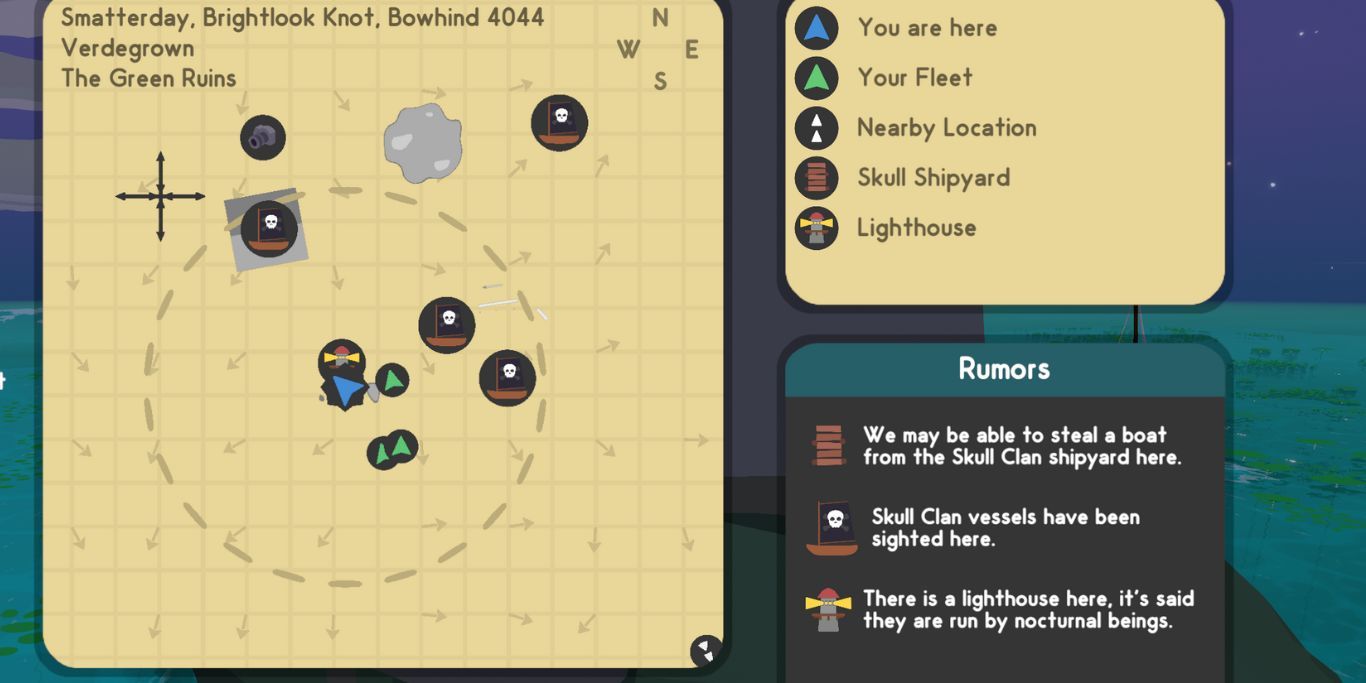 As you explore different islands in Sail Forth, you might find a lighthouse standing strong in some of them. While these lighthouses are mainly to give away your Ancient Junk and Light Prisms, they can also be used to mark everything on that particular island.

To do this, you simply have to talk to the nocturnal being and ask them if they've seen anything around. When you do this, the island's map will open and every point of interest will be marked for you.